Ray and Shannon Allen inside Grown. Photo by CandaceWest.com
Another NFL season draws to a close. Although the Miami Dolphins ended their resilient season earlier than what fans desperately prayed for, there’s still plenty more NFL action to be had when the New England Patriots face the Atlanta Falcons at NRG Stadium in Houston Sunday, February 5, for Super Bowl LI.

With less than two weeks to go until the most highly anticipated game on the sports calendar arrives, let’s take a look at the sports stars themselves — particularly those who have expanded their brand off the playing field and into the kitchen.

There’s no denying that some fame and fortune make it easier for celebrity athletes to break into the restaurant industry. A few fell short and shuttered, such as Dan Marino’s establishment in the Shops at Sunset Place and D. Wade’s Sports Grill, but others continue to flourish and prove that the food is as good as the player. Here are the ten best Miami restaurants with a celebrity sports connection.

Photo courtesy of Shula's Steak House
2. Shula’s Steak House
Providing Miami Lakes carnivores with upscale cuts of meat such as porterhouse, cowboy rib eye, New York sirloin, filet mignon, and Kansas City strip, Shula’s Steak House knows what locals like. Drawing inspiration from Miami Dolphins legendary head coach Don Shula’s time on the field, the restaurant features memorabilia on the walls and a menu printed on a football. Start with the pan-seared jumbo lump crabcakes; then make your way to one of Shula’s cuts, all premium Black Angus selections that pair perfectly with a glass of Shula’s legendary barrels or bubbles. 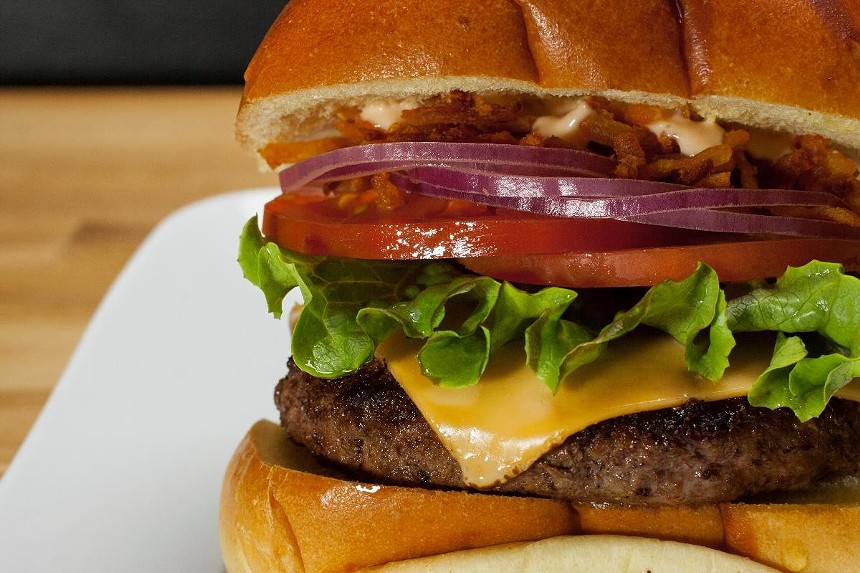 Pincho Factory's burgers brought the restaurant fame.
Photo courtesy of Pincho Factory
3. Pincho Factory
Miami native and former NFL player Jonathan Vilma is the newest franchise partner to team up with Pincho Factory's Nedal Ahmad, Otto Othman, and Nizar Ahmad. Located at 1250 S. Miami Ave., the newly opened Brickell location marks Vilma’s first of his five-store expansion deal and the seventh Pincho Factory in Florida. The fast-casual hot spot had no issue taking over the region with its glorious award-winning burger and kebab creations, but now with Vilma on the roster, the local chain has made another great play. Pulled pork with Brother Jimmy's Carolina barbecue sauce.
Photo courtesy of Brother Jimmy's BBQ
4. Brother Jimmy’s BBQ
Before there was Pincho Factory, there was Vilma’s first restaurant endeavor, Brother Jimmy’s, which brings traditional Southern cooking and hospitality to his backyard. With his mission of putting “some South in yo’ mouth,” he opened the original Brother Jimmy’s in Mary Brickell Village in 2012 and has expanded with several outposts throughout Miami, New York, New Jersey, Maryland, and Connecticut in hopes of sharing his famous slow-smoked barbecue with the rest of the nation. Try the mouthwatering Carolina pulled pork ($18.50) or Vilma's personal favorite: the marbled Black Angus brisket ($21.50), slow-smoked for up to 14 hours, with a side of baked beans and cornbread. 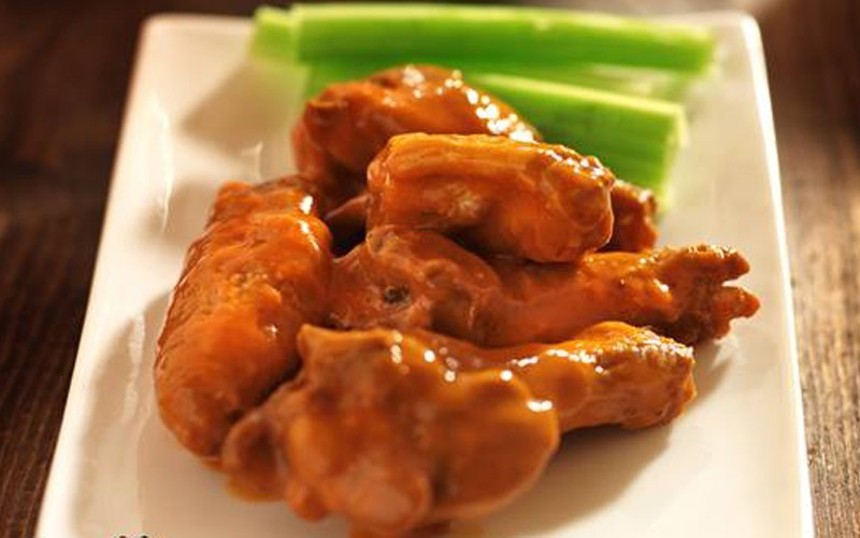 Bru's Room's grilled wings smothered in hot sauce.
Photo Courtesy of Bru's Room
5. Bru’s Room Sports Grill
Bru’s Room lends a certain je ne sais quoi to your favorite sports bar. Maybe it’s the way it grills its wings, which come in a variety of flavors, including Parmesan garlic, sweet and tangy, and the extrahot “Brutonium,” or the way the racks of ribs, slathered in Southern barbecue sauce, fall off the bone. But it may very well be the owner’s all-star touch. Whether you’re close to Bird Road or Boynton Beach, former NFL player Bob “Bru” Brudzinski has created a lively atmosphere for foodies and sports enthusiasts in Florida with his regional chain that never fails at food or fun.
6. The Woods Jupiter
The greatest golfer of his generation, Tiger Woods continues his stroke of talent off the golf course and into the dining scene with his Jupiter eatery, the Woods. It boasts delicious American fare and exceptional service. Starters include everything from spinach and artichoke dip ($13) to lollipop lamb chops ($18), but save your appetite for the real show-stopper: the meat. From the rib-eye steak sandwich ($19) and the Woods burger ($17) to the center-cut pork chop ($24) and the ten-ounce Wagyu strip steak ($48), the meats are varied enough to satisfy any whim. Fresh seafood selections such as Chilean sea bass, Atlantic salmon ($23), and local hog snapper ($31) round out the menu.

Photo by Natalia Molina
7. Anthony’s Coal Fired Pizza
The dough is made fresh in-house every day. The plum tomatoes are imported from Italy. The coal-fired brick oven leaves the crust blackened and bubbly. Oh, and NFL Hall of Famer Dan Marino is a restaurant partner of Anthony’s Coal Fired Pizza. With locations popping up left and right, CEO Anthony Bruno and Marino must be doing something right. Try the pizza named for Marino himself — the Eggplant Marino — topped with fresh tomato sauce, thinly sliced eggplant, grated Romano cheese, and fresh basil. The over-roasted chicken wings, priced at $8.95 for ten or $14.95 for 20, make a great side.

Courtesy of Offerdahl's Café Grill via Facebook
9. Offerdahl’s Café Grill
Bringing the bagel craze to a conveniently local zip code, former Dolphins linebacker John Offerdahl and his wife Lynn sold their chain of bagel shops to Einstein Bros. Bagels before expanding on the concept and devising a menu full of fast-casual American fare to create Offerdahl’s Café Grill. Think fresh fire-grilled chicken, steak, salmon, and shrimp. Stop by for breakfast at the Palmetto Bay location (14685 S. Dixie Hwy.) and get a taste of what started it all: Johnny O’s famous bagels, which come in must-try flavors such as chocolate chip, cinnamon raisin, pumpernickel, and a cheese blend. The bagels go best with one of Offerdahl’s specialty coffee drinks.

Udonis Haslem and business partner Ramona D. Hall.
Courtesy of JFC Miami
10. Einstein Bros. and Starbucks
With beloved Heat lifer Udonis Haslem and business partner Ramona D. Hall at the helm, their company, JFC Miami, opened a Starbucks and Einstein Bros. Bagels on Jackson Memorial Hospital's campus, located at 901 NW 17th St., in late 2016. Two other locations, at Miami Central Station, are also slated to open. The venti iced coffee and everything bagel are just two other reasons to love Haslem. The Miami Heat power forward continues to make a lasting impact in the city as the longest-tenured player in franchise history and through his community-building work with his children’s foundation and JFC Miami.