Any reasonably good bakery really needs just one thing to entice you through its doors: the aroma of freshly baked bread. Once inside, however, a little more is required, such as crunchy baguettes, buttery croissants, perfectly shaped dinner rolls. Croissan'Time has all this and much more, from nearly a dozen varieties of cookies to such decadent classic French pastries as éclairs and napoleons (which also come in miniature versions) to cakes and pies as simple as lemon tarts and apple pies or as fancy as pecher mignon. And then there's variety within variety. The namesake croissants come plain or with any of ten fillings. Fruit tartelettes are available with nine fillings over either a custard or an almond-cream base. Breads and rolls come in whole wheat, rye, pumpernickel, and sourdough; seed options include caraway, poppy, and sesame. The bakery, which opened in 1986, has risen to acclaim under the leadership of owner Bernard Casse, a Frenchman who underwent a variety of apprenticeships, then worked at such tony New York City restaurants as La Grenouille and Regine's before moving to South Florida. He was employed at the Little French Bakery in Palm Beach, detoured briefly to Houston, Texas, then worked at Miami's Ovens of France, where he met his future business partner for Croissan'Time. The partner has since retired, and the bakery has added a sandwich counter and a gourmet shop that offers wine, cheese, meat, pasta, and various delicacies. But it's the breads, pastries, and other baked goods -- all made fresh on the premises daily -- that keep people coming back.

There are plenty of New Yorkers in South Florida, but there's not nearly enough New York. Most expatriates judge any city outside of the Big Apple by the Chinese restaurants, but a really good bagel is harder to craft than moo goo gai pan, thus making it a much better measure of a city. The best bagel in South Florida can be found in Pompano Beach, a hairsbreadth outside of Palm Aire. Bagel Snack features bagels in all the traditional New York varieties: plain, poppyseed, sesame, rye, pumpernickel, onion, and garlic, but you won't find anything as sacrilegious as jalapeño or cranberry in the big plastic bins. They make bagels the old-fashioned way: First they boil 'em; then they bake 'em. Pick your favorite flavor and you'll get chewy, not doughy, bagels with a crust that requires teeth but won't break one. Bagels cost 50 cents by themselves, 99 cents slathered with butter or $1.39 with a smear of cream cheese. A baker's dozen of 14 will run you six bucks. Bagel Snack also has the only decent bialys in South Florida and fresh cream cheese that will make the prepackaged stuff taste like paste.

Alex's Flamingo Groves mashes locally grown Indian River oranges into juice -- a fresh batch daily of Valencias, navels, honeybell tangerines -- and sells the sweet byproduct by the half-gallon ($3.25) and gallon ($5.75). The roots of the business go back to 1927, when Floyd Wray opened Flamingo Groves in Fort Lauderdale. Flamingo Groves merged with Alex's Citrus and Packing Plant in 1979 and set up operations in Dania Beach. The packing plant is now located in Palm Beach County, but the storefront on Federal Highway still has the feel of a roadside stand. And like a roadside stand, it's open only during the citrus season, which runs from November through April. In addition to juice, Alex's sells jars of marmalades and jellies, including tangerine and jalapeño, chocolate and gummi alligators, and other treats. But the juice is the dulcet draw. Take a sample swig. It's like drinking sunshine cold.

Part Zabar's, part Xanadu, this stupendous compendium of comestibles is a testament to the opulence and abundance of the American 21st-century good life. Here -- serendipitously located at the intersection of Prosperity Farms Road and PGA Boulevard -- is where your amber waves of grain, your fruited plain hit the table and the palate. Of course, the pot of food at the end of the rainbow is in a yacht harbor in a municipality that christens its main public thoroughfare after the ruling body of a ruling-class sport. Of course, the leisured white folk of the country-club set steer their SUVs this way at day's end, weary of the sun and the cart, to pick up a gourmet delicacy or two for dinner: black-and-white sesame-seared tuna, herb-crusted sea bass, rapini-and-sausage-stuffed breast of chicken, and meats Milanese, Francese, parmigiana, and piccata. There's an extensive wine selection, produce section, and bakery near at hand. It's pricey -- prepared foods top out around $19.99 per pound -- but hey, it costs to eat the dream.

Consider the prototypical deli: a convenient haven of roasted meats, cheeses, pickles, condiments, and home-meal replacements. Antonette's takes that basic model and improves on it by providing Boar's Head cold cuts, fresh mascarpone and ricotta salata, Sicilian olives, eggplant caponata, and homemade "dinners to go" like spinach lasagna or chicken Parmesan. Then the eatery goes one step further by importing a host of products, such as jars of minced truffles, marinated artichokes, and pepperoncini paste, directly from Italy. Prices might be a little bit higher than Publix, but that's a given, given the assortment of hard-to-find goods. One caveat: The aroma of made-on-premises sausage and peppers is so seductive and the service so pleasant, chances are your one-stop shopping could turn into quite a lengthy excursion. 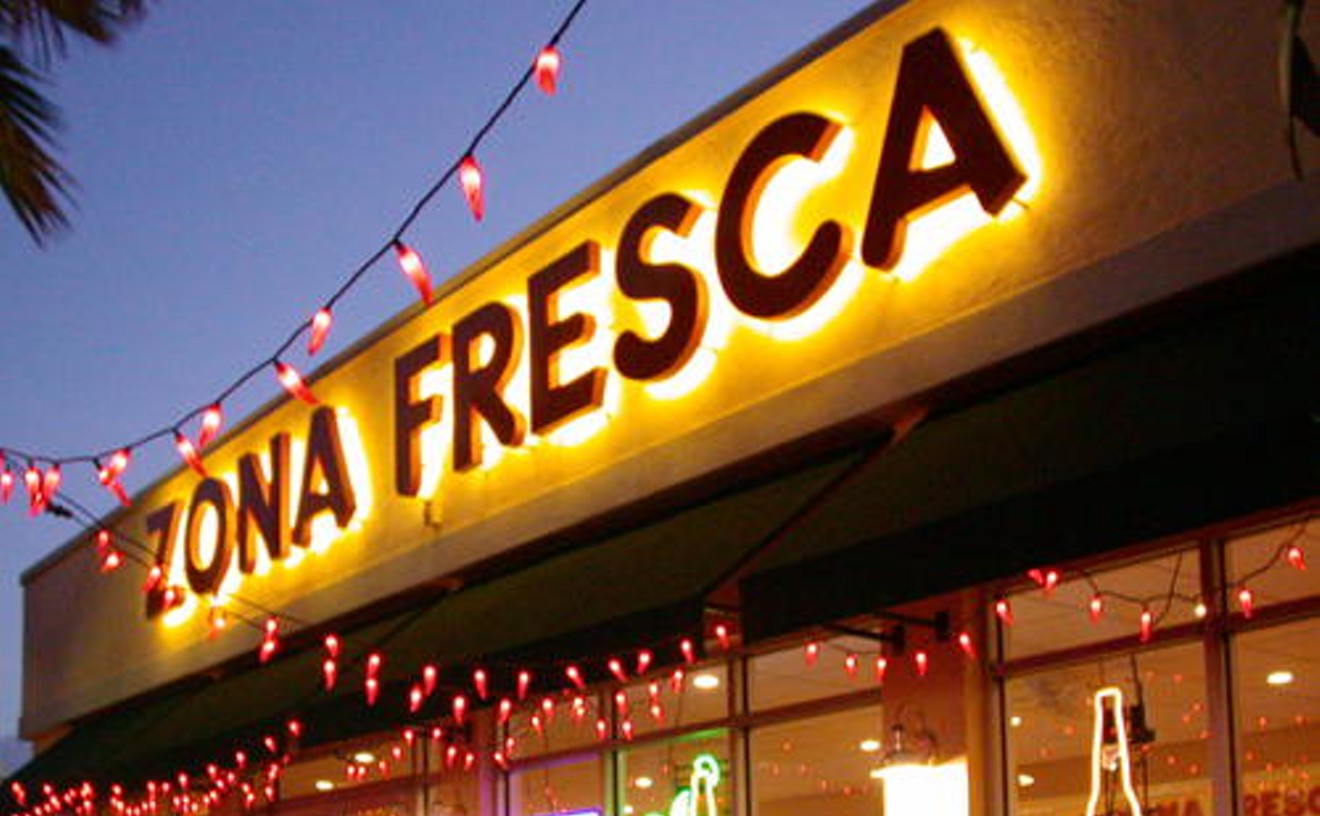 OK, for one thing, it's counter service, so you don't have to worry about annoying a server. Two: Yes, there is a high chair -- maybe even two -- on the premises. So what if they're not quite the same height as the bar-style tables? Three: The utensils are plastic. The plates are paper. The floor is tile. Throw those tortilla chips. Really, no one will notice till they step on them. And finally, the cooked-to-order Mexican food here is actually healthful, prepared without added lard or other extraneous animal fats. Not that you would know it by the taste: rich, full of flavor, spicy with peppers and onions, and perfumed with herbs. This might indeed be the one place where you could get your kids to eat anything, including fish. After all, it's in tacos. And you can't dress up fish better than that -- not even as sticks. 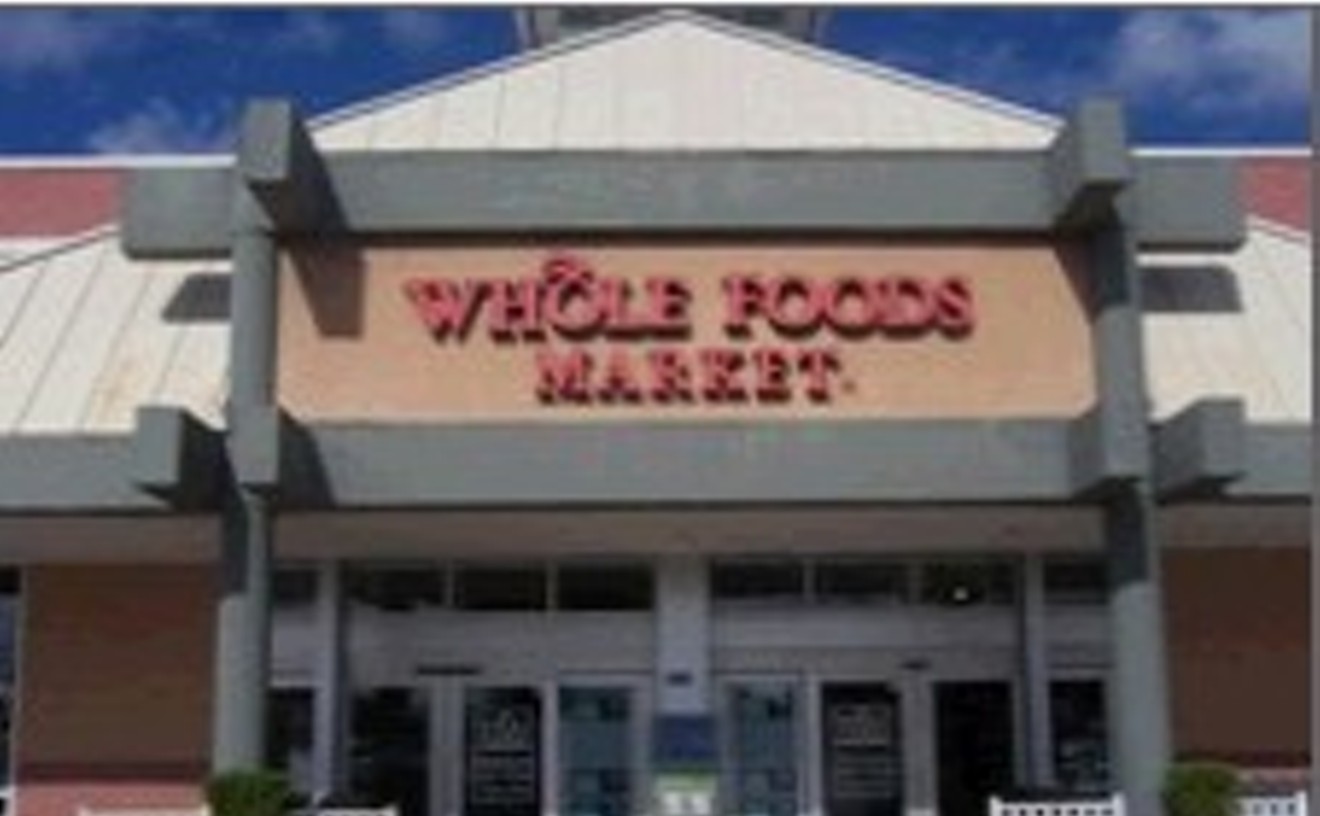 When first confronted by the produce section in a Whole Foods Market, your immediate reaction might be a double take to see if you've accidentally wandered into an art gallery by mistake -- the food is that beautiful, and beautifully arranged as well: walls of glistening greens, row upon row of perfect fruits. Once you've gotten your bearings, however, you'll realize you're in produce paradise. Much of what you'll find is the usual supermarket fare, although invariably fresher and much more carefully displayed. (Some of the arrangements are so artful that you have to pick gingerly to make sure they don't come toppling down on you.) It's the variety that overwhelms. There are red potatoes and white potatoes, but there are also sweet potatoes and yams -- there's a difference, you know -- as well as tiny fingerling potatoes and purple potatoes. Other exotica include black radishes, yellow tomatoes, white asparagus, and two kinds of kale. Then there's the fruit section, which, depending upon the season, can feature cactus pears, purple-streaked pepino melons, wrinkly passion fruit, huge fuyu persimmons, a horned melon called kiwano, the appropriately named ugli fruit, and the truly bizarre tropical delicacy monstera deliciosa, which comes with detailed instructions on how to ripen and eat. And if the array of fresh mushrooms and the dozen or so fresh herbs don't impress you, maybe the edible flowers, including orchids and pansies, will -- or should.

Delray Green Market in the Park

Just a block east of Old Schoolhouse Square, the Delray Green Market is a sweet place to wile away a Saturday morning. From 8 a.m. to 1 p.m., about 35 vendors set up in Worthington Park, where magnificent banyans provide shade and park benches welcome the shop-weary buttocks. Produce is available from four vendors. Hippocrates organic farms sells vegetables and fruits as well as juices and wraps. Triple C, a citrus grower, sells citrus and fresh-squeezed juices. Nancy and Charlie Roe, who operate a community-supported farm in Boynton Beach where a monthly subscription brings a weekly bag of seasonal produce, bring a selection of fresh vegetables. There's also barbecue, fresh fish, crafts, and usually musical entertainment. The only bummer: Like pretty much all such gatherings in these subtropical climes, the Green Market is open only from mid-October through the end of April.

At the Twin Marketplace, the tuna is a little redder, the shrimp a little pinker, and the lobsters a little livelier. Hell, the ice even seems a little colder. It's just that kind of place. You choose from a wide variety of seafood at the Ocean's Harvest Seafood Market, which makes up half of the little store (one of the twins, as it were). And there, you can often get unbelievable specials on such wonders as Maine lobsters. On our most recent trip, we bought up a couple of those kicking beauties at a mere $6.99 a pound. God, they were good. But the really unique thing about the place is that there is also a top-flight bakery and deli to provide you with everything else you need to go along with your feast from the sea. In the other half of the store, Stephane's Deli, you have tomatoes, portobello mushrooms, and zucchini, all stuffed with goodies like spinach and cheese. There are various salads and rice dishes and casseroles. And you have delectable cheesecake and other sweet treats. To wash it all down, there is a serviceable selection of wines available. The only problem is that the place is so good, it's addictive. Our mouths are watering like golf-course sprinklers as we write this. Time for a return trip.

First, the bad news about golden crabs: They're as ugly as a hockey player's nose, and their dining habits are macabre. Bearing a striking resemblance to giant spiders, they live in the deep sea and feed on corpses and carcasses, especially favoring rancid eyeballs. But the meat within a golden crab is oh-so-sweet -- not to mention plentiful. Some weigh up to five pounds. It was only in the 1980s that researchers discovered them in great quantities in the deep waters off the Florida coast, and since then, they've been slowly catching on with seafood aficionados. Captain Mike's gets its golden crabs off the shores of Miami Beach from depths of about 1200 feet and sells them whole for $2.69 a pound. Once cooked, they glow like burnished bullion and taste like a million bucks.