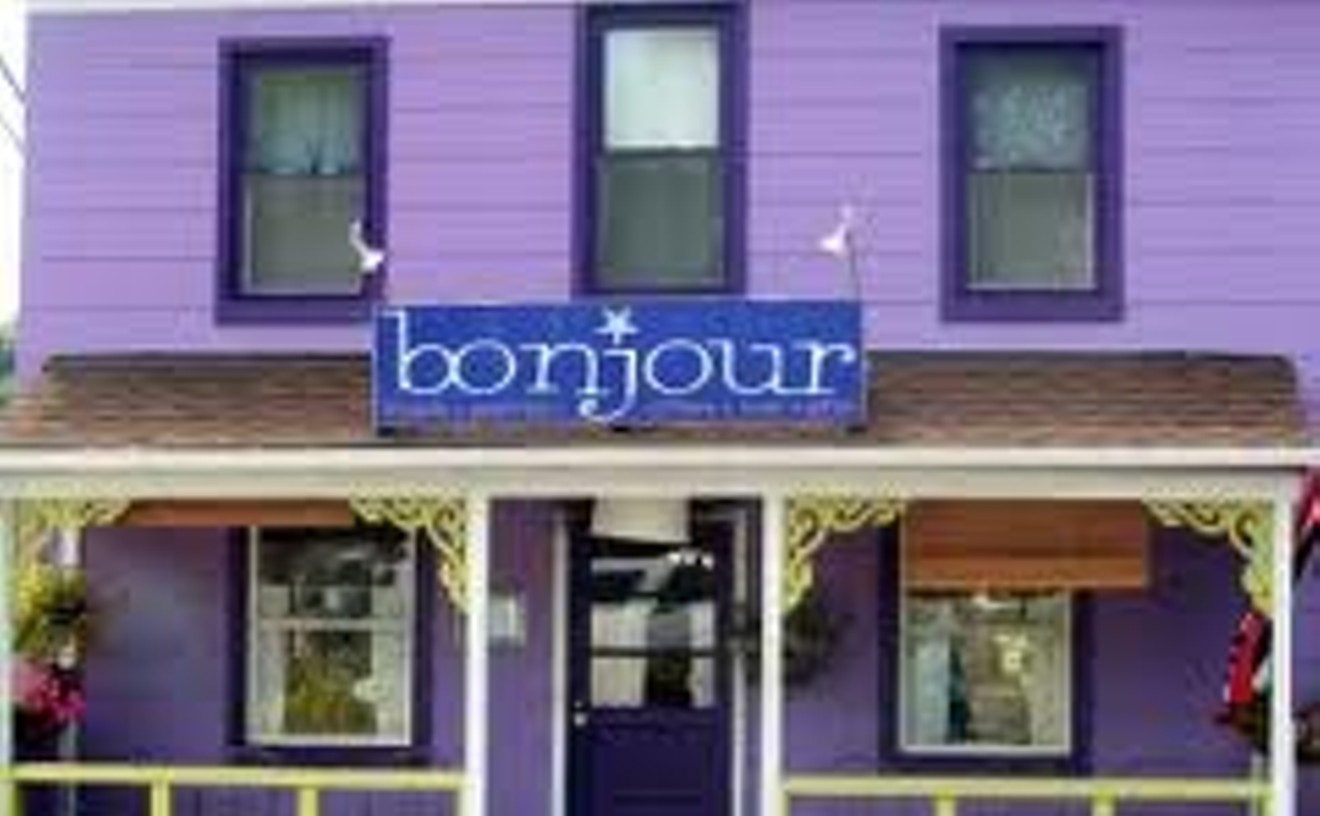 Liz Taylor will wear colored contacts before you'll have a bad brioche at Bonjour. Here we have le vrai McCoy. This sliver of a bakery just east of the Bimini Boatyard again proves that if you have what people want, there's no such thing as a poor location. Whether wolfing a Napoleon at a table next to one of the fabulescent Art Institute students who love this place or settled into a lounge chair for a quick croissant, café, and an eyeball of Le Monde, you can't go wrong with Chef Alexandre Rohfritsch's handiwork. Order a delivery of a sugar-paste dessert for your next affair, or hunker down on-site with a baguette stuffed to order with field greens, cornichons, and brie and you'll ditto the words of M. Chevalier: "C'est magnifique!"

L'Escalier at the Breakers

Great service in a restaurant is about making you feel as though you belong. Some dining establishments have an easier time of this than others. Diners, for instance, would seem the perfect choice to make you feel at home. They are informal, unpretentious, low intensity. But at the palatially elegant L'Escalier, the wait staff manages to treat every customer like a regular -- a regular member of royalty, that is. Dining here is like having your own personal butlers for a few hours. Food is placed on the table, and removed, with the quiet precision of a Swiss -- or Japanese -- watch. A master sommelier advises on wine with the assuredness that you'd like to experience with your stockbroker. Should you retire to the restroom, your chair will be dutifully pulled, your napkin crisply refolded. Service is smooth, sweet, formal, and thoughtful. Most refreshingly, no member of the wait team will ever interrupt your dinner conversation with a chirpy "How is everything?" It is assumed that if anything is needed, you'll let them know. Amazingly, this professional and elegant service is provided without a hint of pretension. Even the best of butlers have a hard time pulling that off. 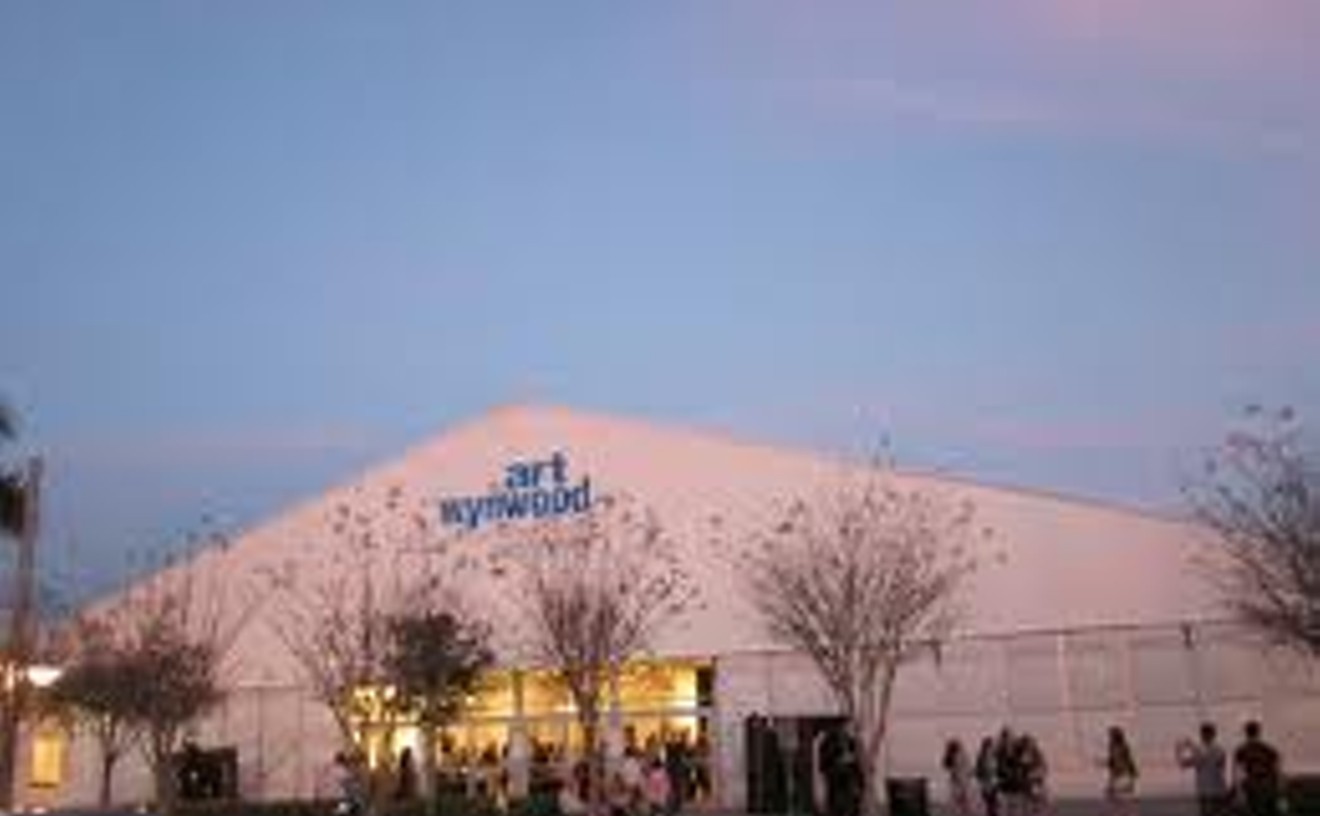 As you probably know, bread was invented by the Duke of Sandwich, who was looking for something to put around his bologna. Unfortunately for the duke (or was he an earl?), creating bread was more difficult than he thought, and as the endless baking experiments bankrupted his beloved Sandwich, the angry peasants of that territory rebelled and exiled the duke to Hallandale, where he continued his attempts at forging a food from flour and water. After many years, the desperate duke finally succeeded and even came up with the idea of adding eggs to make an exceptional challah, though, sadly, by this time, he had become too impoverished to afford bologna. After the duke's death, his recipe for bread spread far and wide, and though an infinite number of bakeries have produced many a fine loaf since, few have mastered the art of baking like the Bakehouse. Since 1996, this retail/wholesale shop has offered a mind-boggling variety of artisan breads: honey wheat, whole wheat, onion rye, pumpernickel raisin, kalamata olive, sourdough, and, of course, the duke's challah. All breads are natural and made by hand -- no preservatives, no sugar (except for the chocolate cherry bread, available at Christmas), and no fat (except in the jalapeño-cheddar loaf). Loaves weigh up to one and a half pounds each and run $3.75 to $5.95. The bread here is, in fact, unbelievably good.

Dinner at Cafe Boulud when somebody else is picking up the tab: Priceless.

Morning has broken, the sun is up, and it's time to check in to Flakowitz Bagel Inn, the deliciously bagel-heavy breakfast restaurant in eastern Boca Raton. Flakowitz's bagels are homemade in the Boynton store, and its selection includes a diverse dose of doughy delight, such as cinnamon raisin, egg, rye, bialy, marble, and pumpernickel. Take your pick, and add some cream cheese ($1.45 per quarter-pound for regular, $1.60 for fat-free), scallion or veggie cream cheese ($1.70), or nova spread ($2.19). Like any good breakfast restaurant worth its weight in dough, Flakowitz is hardly a secret. Once noontime draws near, the waiting line stretches clear out the door. But don't be intimidated by the numbers; you really won't wait that long. Despite the crowd, not everyone's there to dine inside. The walkup window around the side of the building is an added convenience for a quick bagel to go. Flakowitz Bagel Inn is open 7 a.m. to 3 p.m. Monday through Saturday and from 7 a.m. to 2:30 p.m. Sunday.

Best Restaurant to Die in the Past Year

One of Delray Beach's most distinctive dining venues has hooted, tooted, and whistled for the final time. Built to take advantage of a location adjacent to railroad tracks, Hoot offered the Orient Express, an old-fashioned wood-and-tile "dining car" with large, comfy booths, life-sized picture "train windows," and a few choo-choos outside for added ambiance. The menu was a throwback of sorts as well, the juicy Delmonico steak and thick grilled pork chops a welcome antidote to the fussy Florribean fusions of today. Sadly, just as all things must pass, nostalgic replicas of all things must pass too.

After a late night out on the town, it's hard to just say good-bye and go home -- especially when the sun's already well ahead of you. Plus, all that partying creates quite an appetite, and all that alcohol needs something to absorb it -- that is, unless you enjoy a hangover. You could go to Taco Bell; but remember, you're trying to avoid being stuck in the bathroom. You're better off heading over to Sande's Restaurant for a quick bite before you lie down for the day. Open at 6 a.m., Sande's has several breakfast combinations like the number one (two eggs, bacon or sausage, and hotcakes or toast, $3.50), number two (two eggs; bacon, ham or sausage; potatoes or grits; and toast; $4), or the number three (Western omelet with toast, $5.50). For groups, there's the Family Breakfast ($19.50), which includes eight scrambled eggs; home fries, hash browns, or grits; four bacon strips; two sausage patties; two sausage links; two orders of toast; two biscuits; four hotcakes; two French toast slices; and a bowl of sausage gravy. It's sure to soak up whatever alcohol lingers in your beer-drenched belly. While time may be the best cure for a hangover, a little greasy food ain't bad either. 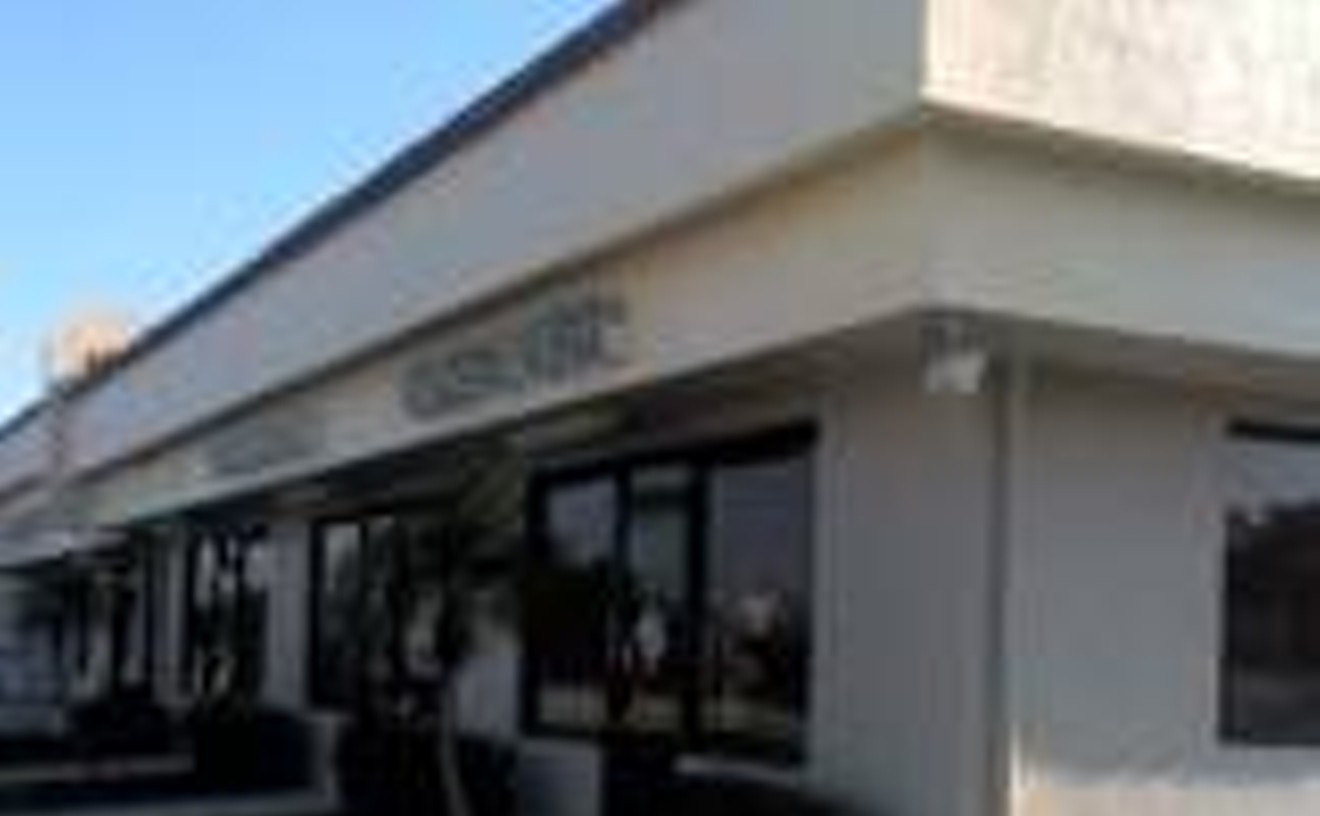 It's Friday night, and you're hosting a party to celebrate your, uh... Well, there's no real reason; you just wanna get drunk. But you also want to take care of your guests, and yourself, for that matter. So instead of buying the same old, run-of-the-mill domestic beer from the corner store, take a trip to Case & Keg Beer World, where you can browse the more than 600 beer types and more than 140 keg beers. Gaze in awe as you choose from the huge selection of imported/micro ales and malts from breweries in the United Kingdom, Israel, Poland, India, Japan, the Czech Republic, and more. There are also plenty of wheat beers and sodas and even such creatively packaged stuff as Scotland's Legendary Heather Ale, which comes in a castle-shaped box. You can even get beer brewed with any name you choose on the label. Just imagine the possibilities! And if you're too busy with party-planning to pick up your keg order, Case & Keg will deliver it right to your door. Though it's probably best to just go there. It may take a few trips, but your guests will love you for it. How can anyone say no to this party? 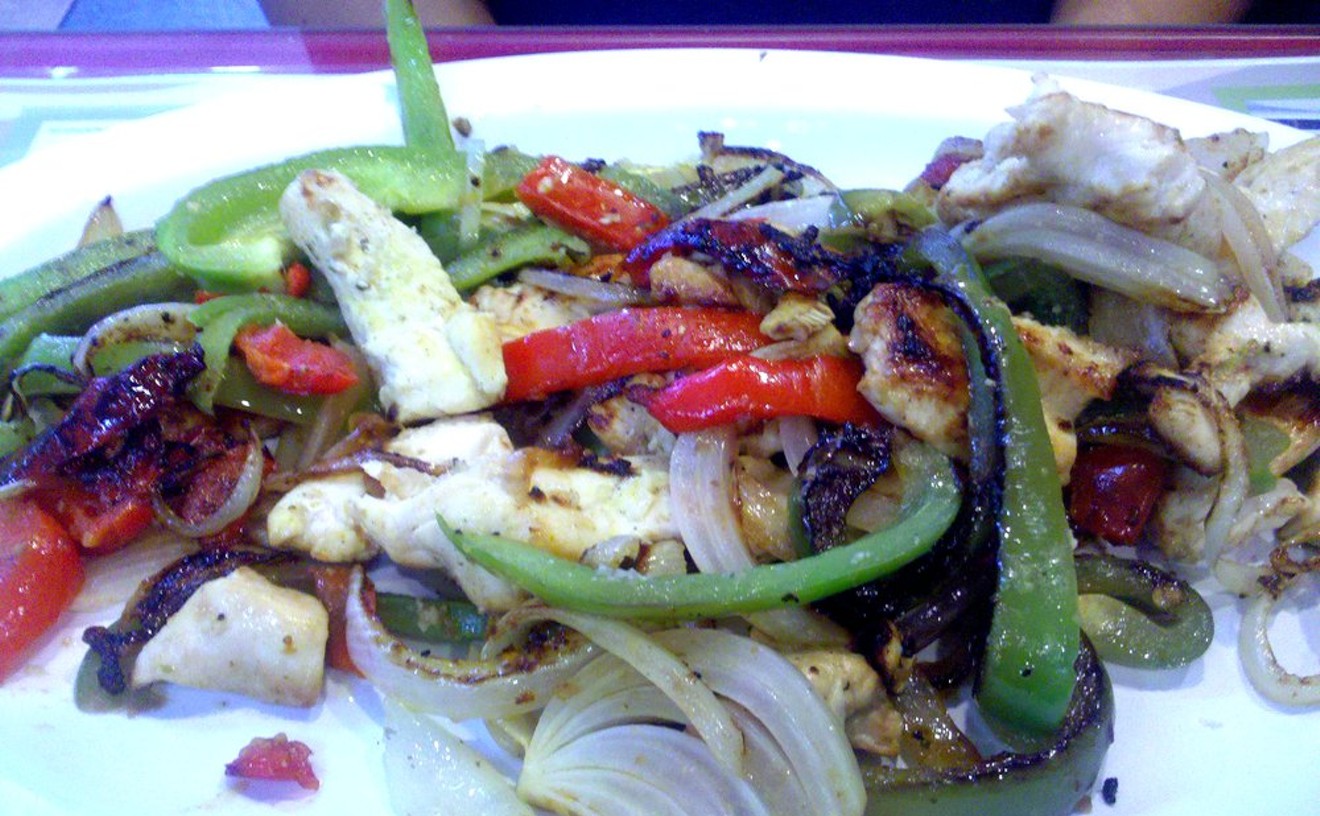 Eric Barton
You know you're getting an inferior diner breakfast when you get the toast. It's dry and almost cold. Next to it on the plate are a couple of fresh-from-the-fridge butter patties. At Las Colinas, the bread comes straight from the iron sandwich grill -- la plancha -- with the butter melted inside the crusty Cuban bread. Hot enough to sting your fingers. Then comes the breakfast, an array of egg dishes served with fried potatoes and, the South Florida kickstarter of choice, Cuban café con leche. You can have straight-ahead ham and eggs ($3.50) or a variety of Caribbean-style concoctions. Our favorite is the Desayuno Las Colinas ($4.99, the most expensive item on the breakfast menu), a couple of fried eggs on a thin slice of steak, with a ladle of Creole sauce. The coffee is always piping hot, a little syrupy, and -- watch out -- highly addictive. (Just the coffee and the toast? $1.90.) Las Colinas ("the hills") is owned by Michael Park and his Nicaraguan-born wife, Maria. Opened three years ago, it's Latin-style, with nearly a dozen ceiling fans, wooden chairs and tables, and a stand-alone sandwich station that turns out all those iron-flattened Cuban delights. 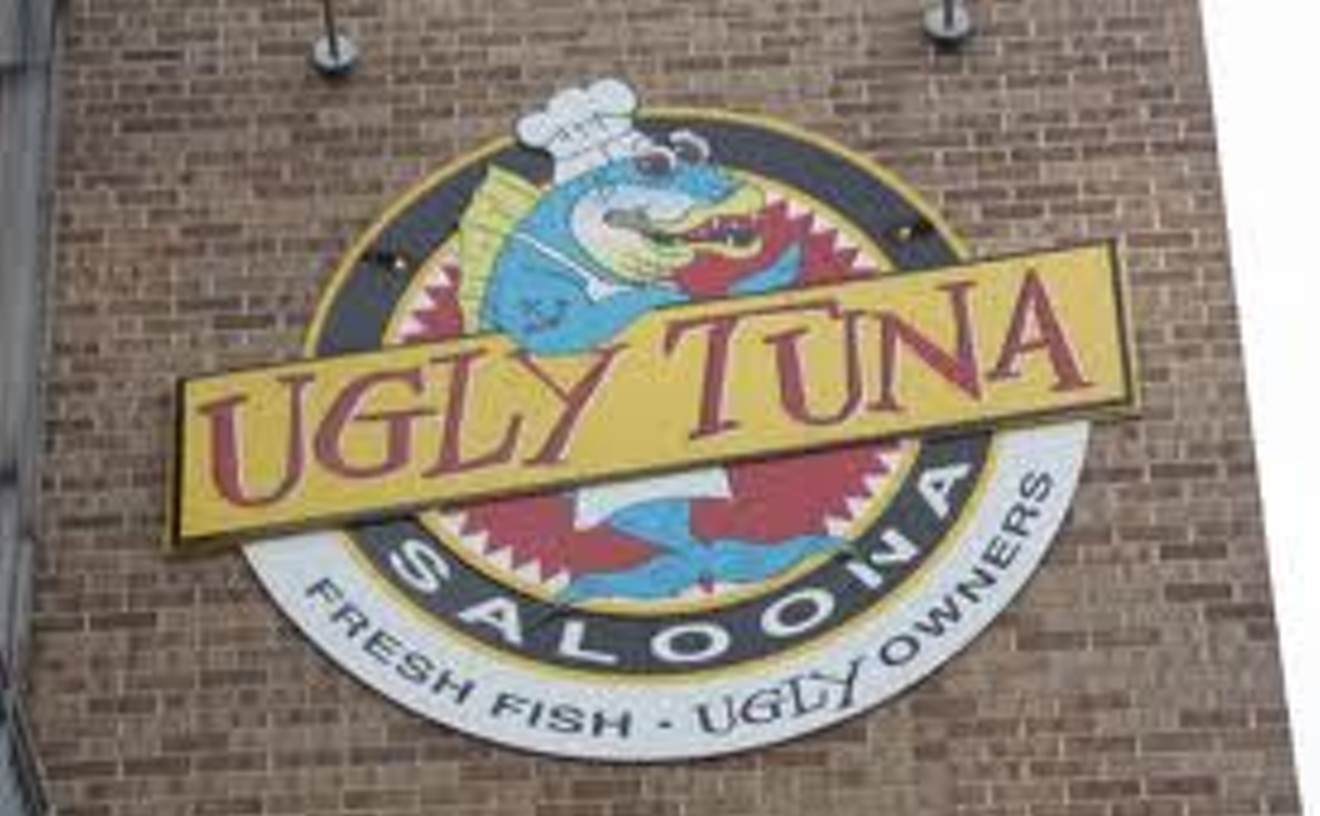 They're $8, lack jalapeños, and the chips sometimes come singed. But, lawdy, if you want to make a meal of nachos, you've found the right place. Start with a pile of red, white, and blue chips, toss on chunks of mesquite chicken, Monterey jack cheese, two kinds of olives, and a mortar-like layer of spicy beans, then top it with an eruption of pico de gallo and sour cream. The whole mélange arrives in a skillet, which has exactly the sort of walls you need to scoop up stray beans and sauce using a single corn chip, as nature intended.