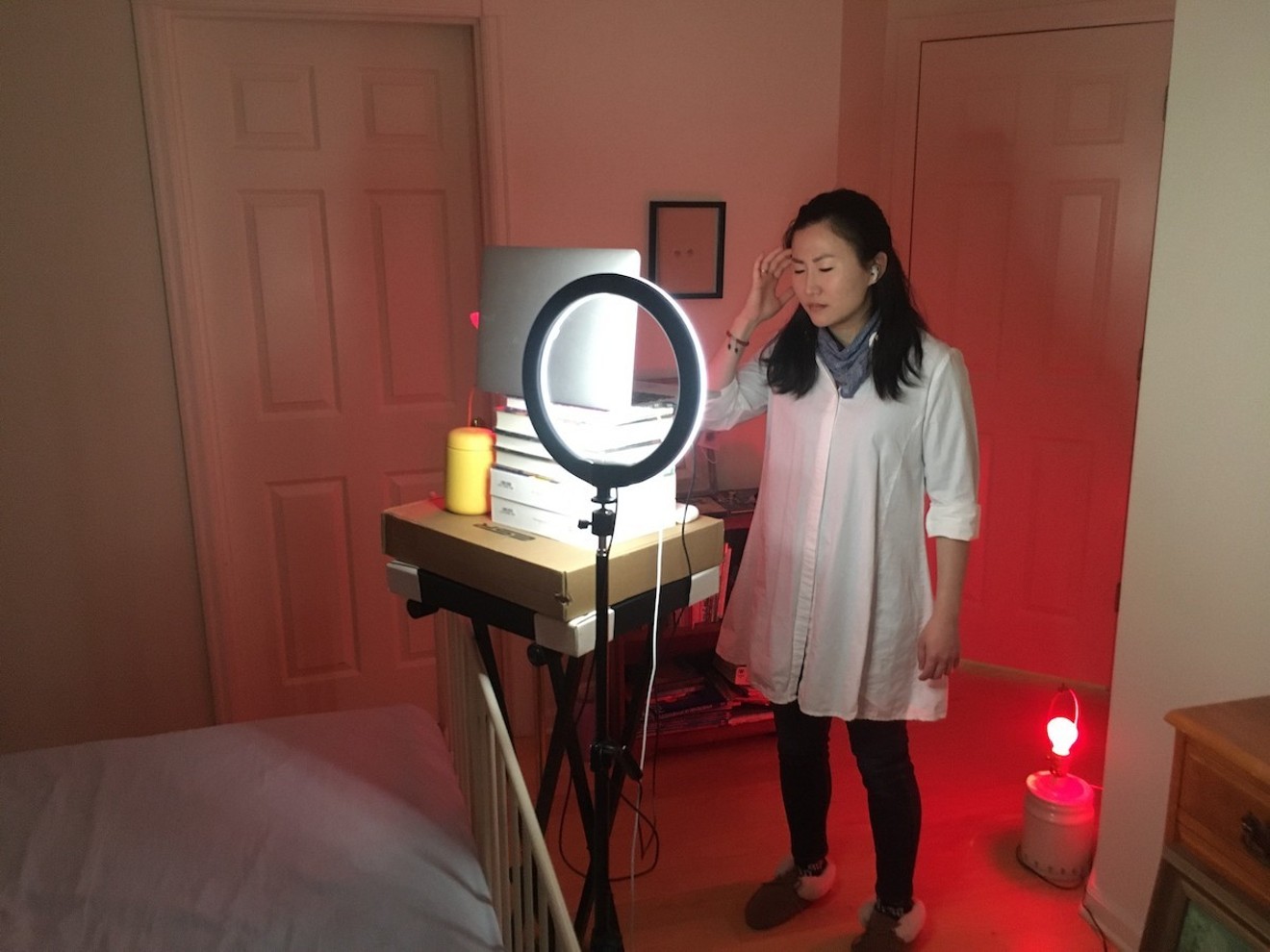 The team brought together actors, directors, and playwrights from around the world to stage a memorable night of live theater with the first iteration of Long Distance Affair. Audiences logged on to Zoom and were transported to cities like London, Madrid, Miami, Paris, and Singapore. Each performance featured an actor performing from their city — no matter the time zone — to an intimate audience.

Now they are ready to do it all over again with six new cities and six new teams of playwrights, actors, and directors.

“What’s fascinating about the project is that it’s an interesting way to connect all these artists from all over the world,” producer Tanya Bravo tells New Times. “But not only that — we’re connecting audiences, too, and bringing together people from like China or Beirut watching the same performance at the same time as someone from Miami.”


Bravo says that for the second installment of Long Distance Affair, the team wanted to spotlight cities that may often be overlooked. Whereas the first time we traveled to popular destinations like London and Paris, this time audiences will visit Mumbai, Beirut, Mexico City, and Lagos, as well as Los Angeles and Portland on the U.S. west coast.

Virtual attendees can choose to visit three cities or all six. Performances are about ten minutes long and limited to five audience members at a time to keep the experience as intimate as possible.

“The performance cannot happen without the audience," Bravo emphasizes. "They’re invited into this world, and everything is happening in real time.”

The producer says her primary aim was to create a level of intimacy between the actor and the audience.

“How do we get as intimate as possible and make you feel that this has been created just for you and that you’re really invited into someone else’s world?” she asks.

It may feel voyeuristic at times, as you’re granted this uncommon peek into the actors’ personal spaces, but it’s all about feeling as if you’re in a totally different world. Don’t expect all the shorts to center on pandemic and quarantine woes, however — Bravo says that while the topic might sneak into the background of a performance or two, it’s by no means the main theme. Actor Wendy Abraham in her California home.
Photo courtesy of Juggerknot Theatre Company
Playwright France-Luce Benson, who wrote the script set in Los Angeles, describes her piece as a journey through grief.

“It’s about a woman who is navigating grief, and she’s giving a spiritual offering as part of her healing and as part of her moving forward,” Benson explains. “The offering that she’s giving — there is a lot of joy around it and a great deal of sensuality. The piece is really about celebrating life and rebirth and opening the door to new things.”

Benson hopes those who watch the playlet are inspired to manifest the things that they desire in their own life.

“It’s been a great experience,” Benson adds of the LA performance, which stars Wendy Abraham and is directed by Miami native Tai Thompson.  “I love working with two really talented, fierce fellow Black women. It’s the three of us, and I’m really enjoying it.”

Benson grew up in Cutler Ridge and graduated from New World School of the Arts and Florida International University before moving to New York to establish herself as a playwright. After nearly two decades in the city, Benson moved to LA to pursue a career in television.

“[Los Angeles] was just starting to feel like home right before the pandemic,” she says.

While it’s been a strange transition to the West Coast for her, she quickly found her theater community. When Bravo first reached out to Benson about working on Long Distance Affair, the playwright was intrigued.

“I miss live theater, and I’ve done a lot of virtual readings, but I haven’t done anything virtual that felt like an actual live performance,” she says.

For Benson, the rehearsals for Long Distance Affair have made her feel like she’s back doing a traditional live show.

“It’s really exciting to feel like I’m in a real rehearsal process again,” she says.

In fact, everyone involved in the production hopes the same excitement will leap out of computer screens and engulf the viewer. The performances may be brief, but the sensation of a true live theater experience lingers.

“I don’t think this type of theater will go away,” Bravo says. “I think it’s another avenue for creativity that will get more advanced. Once theater doors open again, I think a lot of theater companies are still going to be exploring this type of performance.”

Long Distance Affair. February 11-21, 2021; longdistanceaffair.info. Tickets cost $40 via ovationtix.com.
KEEP NEW TIMES BROWARD-PALM BEACH FREE... Since we started New Times Broward-Palm Beach, it has been defined as the free, independent voice of South Florida, and we'd like to keep it that way. With local media under siege, it's more important than ever for us to rally support behind funding our local journalism. You can help by participating in our "I Support" program, allowing us to keep offering readers access to our incisive coverage of local news, food and culture with no paywalls.
Make a one-time donation today for as little as $1.

Carolina del Busto is a freelance writer for Miami New Times. She nurtured her love of words at Boston College before moving back home to Miami and has been covering arts and culture in the Magic City since 2013.
Contact: Carolina Del Busto
Follow:
Twitter: @carolinarebeca