Q tackles isolation and loneliness on his track "Alone." Photo by Khufu Najee
For the last couple of years, Florida has been a hot commodity in hip-hop. While it's great to see the Sunshine State get the respect it deserves, the genre has begun to overshadow the state's other musical offerings, its strong R&B scene in particular.

Sure, acts like Savannah Cristina and the charismatic Twelve’len are paving the way. And Florida has been home to indisputable legendary artists such as T-Pain, Pretty Ricky, Betty Wright, and, if we're seriously harking back, Ray Charles.

But there’s so much more to discover.

Although 2020 kneecapped the music industry, New Times has picked out ten emerging artists — listed here in alphabetical order by artist name — who found a way to connect to listeners. Now in 2021, these contemporary R&B acts are elevating the genre to new heights, fusing the sounds of jazz, funk, hip-hop, pop, and soul.

Amaria's velvety soft vocals are tailormade for earworms.
Photo courtesy of the artist

Amaria has garnered enough attention to land not one but two records on Joe Kay’s Soulection Radio. It's not exactly surprising, since the Tampa artist's velvety soft vocals are tailormade for earworms. Her penchant for cultivating infatuating soul music is prominent in her discography. “Twilight” is a slow-pulsating groove where Amaria vocals float gently over the groove, while “Moon” and “Waiting” possess the bedroom-funk, R&B overtones that keep you coming back for more. Her debut single released last year, “Morning," hit 100,000 streams in three weeks, and she has amassed more than a half-million streams on Spotify to date.

On songs like "Tuscan Leather," Carol City's Brent Ewing proves he's a love connoisseur able to capture intimate moments. The flirtatious track might just be the perfect soundtrack for a night featuring scented candles and a tall glass of wine. The strumming guitar on the amorous “Sprint Lover” might be the perfect serenade. And the rhythmic melody of his latest single, “The Fall,” featuring Zoey Dollaz, can convert even the most ardent R&B nonbeliever.

Cedric Brazle establishes a lane of his own with his luscious voice and grandiose soundscape.
Photo by Gabe Sheffield

Coming off his debut project, If I Knew Then..., Jacksonville native Cedric Brazle establishes a lane of his own with his luscious voice and grandiose soundscape. Drawing inspirations from Sam Cooke, Michael Jackson, Usher, Brandy, and Maxwell, the R&B crooner is nostalgic and refreshing. Songs like "Til the Mornin’” and “Body Heat” are instant mood-setters, while “Mixed Feelings” and “Rather Die” showcase his captivating songwriting fueled by his honesty. The South Florida-based singer has already opened for City Girls and performed at SXSW, so it won’t be long until he's a mainstay on your playlist. 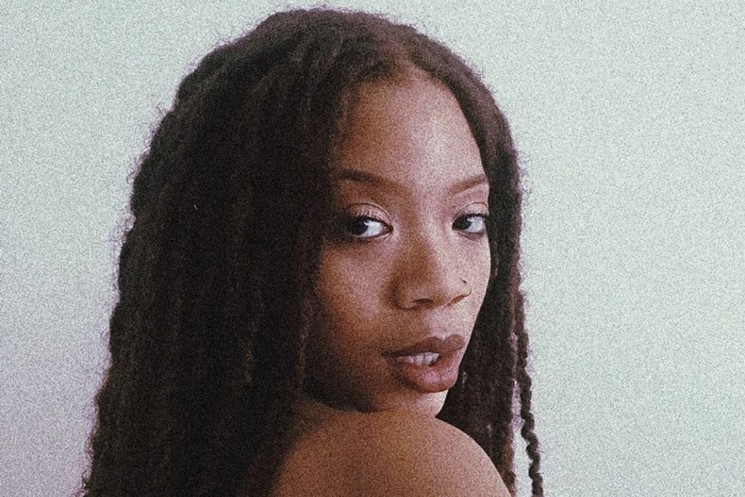 Ginga Soul's vocal delivery sways back and forth between the ethereal and meditative.
Photo courtesy of the artist

With only one song out, 24-year-old R&B/neo-soul singer Ginga Soul has stamped her ticket with a mesmerizing voice, to say the least. On her debut single, “Night Drive,” Soul's vocal delivery sways between the ethereal and meditative. Don’t be surprised if she winds up being one of your new favorite artists of 2021. 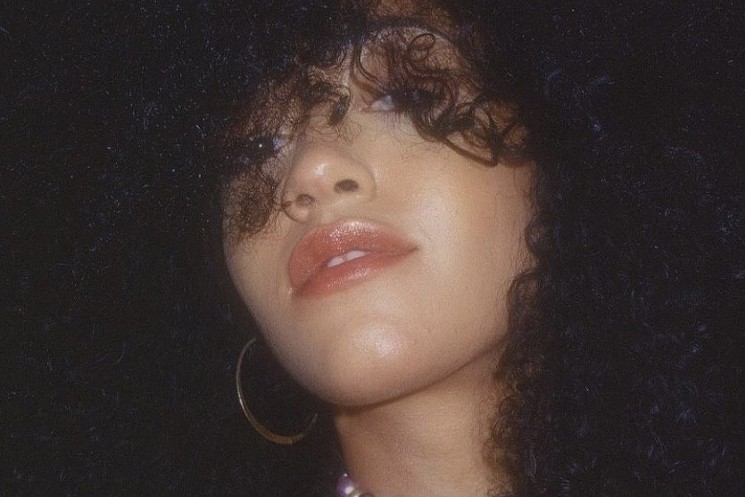 Jenevieve grabs your attention from the get-go.
Photo by Khufu Najee

It's rare to find a song that instantly clicks the first time you play it. Jenevieve's debut single. “Medallion," is one of those rarities. A profound introduction to the 22-year-old singer-songwriter, the track possesses a soulful essence and prowess that will keep you replaying the song over and over again. Then there's the irresistible “Baby Powder," with its colorful grooves and feel-good rhythms. The Miami-raised, Los Angeles-based singer only has two songs out so far, but it's going to be exciting to see what else she'll do this year.

Marlounsly continues to push her career forward with her sultry vocals and intimate lyrics.
Photo by DeMarcus Jeudy

Following her viral hit “Dreamboat,” Haitian-born singer-songwriter Marlounsly continues to push her career forward with her sultry vocals and intimate lyrics. Her talents landed her a slot to perform at Miami Best Life in 2018, where she shared the stage with Ella Mai, H.E.R., and Summer Walker, and she landed an appearance on Fox Soul last year. Her track “Lie Again” is a summery and invigorating break-up song, where she’s at her breaking point within a toxic situationship, while on “Lowkey,” Marlounsly confidently puts her eroticism on display.

Marnino Touissant is an artist who holds an immense amount of talent.
Photo by Gabe Sheffield

NDO is an architect of future soul and funk music.
Photo by Shadow

If you’re a fan of Solange, SZA, and Thundercat, then you’ll fall in love with NDO. Her debut EP, IDC, is both eccentric and ambient while exploring the many different sides of R&B. Alongside her frequent collaborator and producer Rugawd, the Tampa native is an architect of future soul and funk music. Her latest feature, “Mixed Signals,” with producer S. Fidelity, conjures a joyous atmosphere that brings the essence of the '90s into a contemporary setting.

Q tackles isolation and loneliness on his track "Alone."
Photo by Khufu Najee

Q's voice is so mesmerizing it easily leaves you wanting more. His latest EP, The Shave Experiment, is a genre-bending escapade, filled with lush guitars that are welcoming to the ear. Fusing pop, funk, and R&B, The Shave Experiment covers a range of sounds and topics. In “Take Me Where Your Heart Is,” Q conjures a romantic ballad that finds him head over heels, while on "Alone," he tackles isolation and loneliness and on “I Get Tired,” he wrestles with anxiety. “I remember when I first felt it, I thought it was something special to me, and it was going to be hard, but everyone goes through it,” Q told New Times last month.

Zya embodies the aura of the late '90s while blending the modern flavors.
Photo by Anna Demarco

Responsible for breaking acts like Savannah Cristina and Twelve’len, music and entertainment company TheNuMiami has a new artist to push: Zya (AKA Steffany Perez). Inspired by the likes of Aaliyah, Mariah Carey, and Lauryn Hill, Zya embodies a blend of late '90s aesthetics mixed with modern flavors that gives way to her own unique sound. Her hypnotic and tender vocals curate seduction with ease. Her debut EP, 333, released just prior to Valentine’s Day, showcases her power with songs such as “Keep It Real” and “Change," in which she reassures an anxious partner of her commitment over neo-soul chords.

ZYA · Change
KEEP NEW TIMES BROWARD-PALM BEACH FREE... Since we started New Times Broward-Palm Beach, it has been defined as the free, independent voice of South Florida, and we'd like to keep it that way. With local media under siege, it's more important than ever for us to rally support behind funding our local journalism. You can help by participating in our "I Support" program, allowing us to keep offering readers access to our incisive coverage of local news, food and culture with no paywalls.
Make a one-time donation today for as little as $1.