Stop Calling $not an Emo Rapper 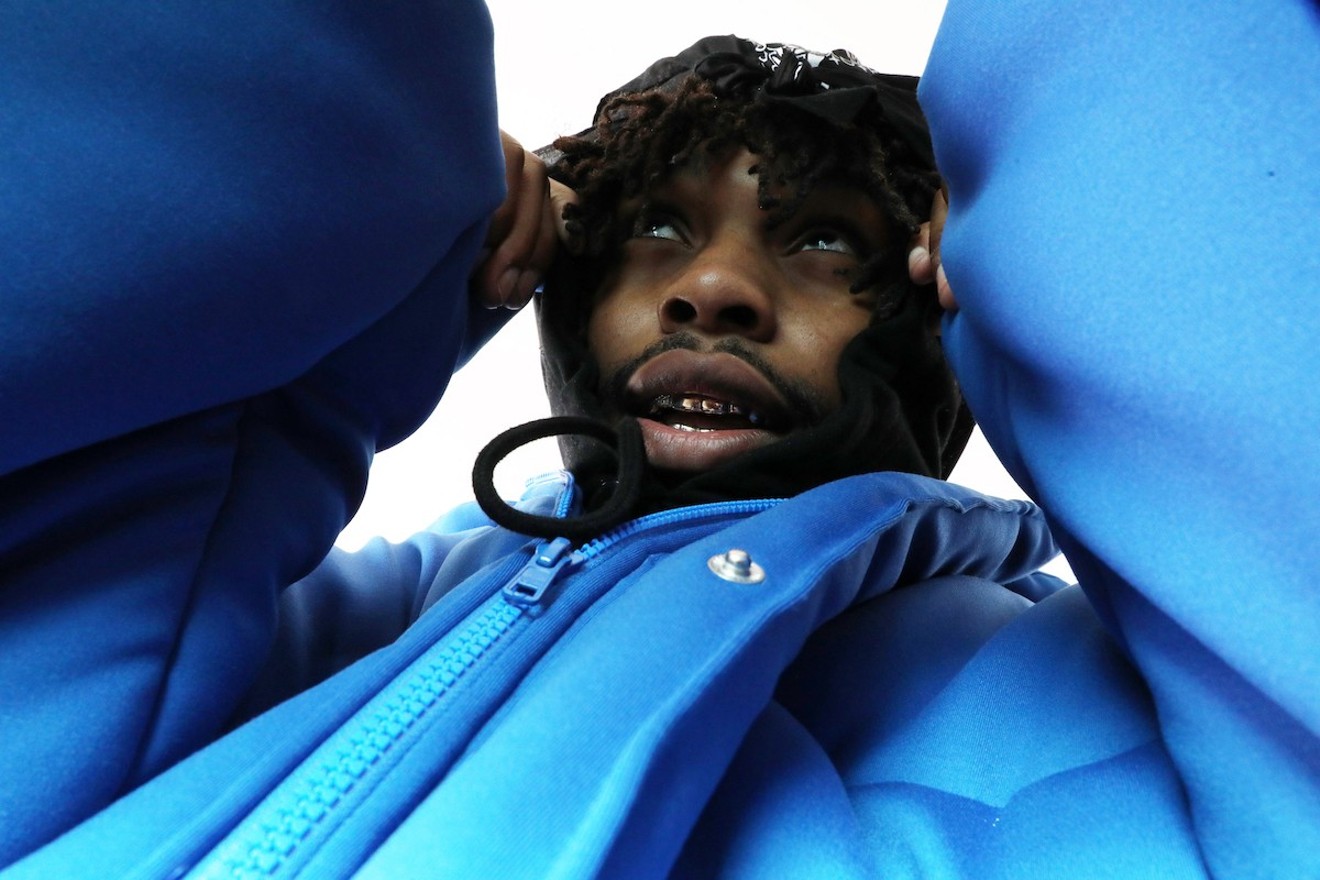 $not Photo by Mike Miller
On the eve of the release of his latest album, Ethereal, 24-year-old rapper $not has conflicting feelings: On one hand, he's unconcerned with the potential criticisms from know-it-alls on social media. On the other hand, he's curious about the songs and verses people will gravitate toward.

How could he not be?

The rising West Palm Beach artist spoke over the phone to New Times about his growing status in the public eye, his creative process, and the new connections he's made with some of hip-hop's most notable nonconformists. A recurring sentiment during the conversation is his desire to be rid of all labels and limitations from outside forces.

Shallow comparisons notwithstanding, $not prides himself on continually putting his own spin on the conventional tropes of contemporary rap, all while keeping his ears open for exciting new sounds from up-and-coming artists. With a catalog ranging from somber, guitar-based slow jams to brash, speaker-knocking bangers, he keeps a few tricks up his sleeve.

Since his emergence in the late 2010s as a hooded recluse lurking in the cracks and crevices of YouTube and SoundCloud algorithms, $not has quietly made a name for himself in the music industry. Earlier this month, he and fellow Floridian emcee Cochise each earned their first RIAA Platinum certification after amassing over a million units sold for their 2021 collaboration, "Tell 'Em."

$not feels at home in an era rigidly defined by the confines of the internet. The collective shift of record labels and music curators toward infectious TikTok loops and digital service provider playlist placements has worked in his favor. Last year saw tracks like "Tell 'Em" and "Mean" (featuring Flo Milli) catapult to widespread popularity through TikTok's For You Page.

Today, he's nearly two years removed from the releases of his debut and sophomore albums in 2020, and within the sphere of underground rap, he's brushed shoulders with a fair amount of names worth mentioning: Denzel Curry, Night Lovell, Lil Tracy, and Lil Skies.

Not to mention the rapport he's built with the internet's favorite music video director, Cole Bennett. When the duo first got in touch and made plans to collaborate, the pandemic halted the proceedings before they could get started. As time passed and doubt crept in, the rift led $not to believe they may never get to shoot together.

"I knew I could always make another song, but I felt like it was the end of the world," he says. "This is literally my only chance."
Unwilling to let the opportunity slip, he went back to the studio and reached back out to Bennett. Within moments, he was the star on a professional set for the first time in his career. With five collaborations released and nearly 70 million views between them, $not has become a familiar face among the fanbase of Bennett's multimedia imprint, Lyrical Lemonade.

Lyrical Lemonade served as the bridge for $not to tap into an even higher echelon of artists and creatives. On the set for his and SSGKobe's "Calabasas" video, he stumbled upon ex-Brockhampton frontman Kevin Abstract in a surprising fashion. Abstract makes a guest appearance on Ethereal with a verse on "Eye Eye Eye," a genuinely jubilant highlight on the tracklist with lively melodies and a sonic aura of youthful serenity.

Another high-profile feature on the album came complete with the flashiest of music videos on the streets of New York. When $not first recorded the single "Doja," he was dead set on recruiting A$AP Rocky to complete the final touches with his own verse. At the root of it all, $not says it was manifestation (and some help from AWGE affiliate Hidji Films) that caused the two to cross paths.

After pulling some strings, he wound up working in tandem with Rocky and AWGE, A$AP's agency of creative talent, to produce an uptempo visual masterclass that seamlessly matches the track's cutthroat delivery. Donning layers of archive fashion pieces over his signature tightened hoodie look, $not's first venture into high-end designer clothing could potentially open opportunities for him outside of the music industry.

"Doja" captures a moment at the pinnacle of $not's career where he's entirely in control of the energy he wants to put out. The anthemic "Fuck that! Fuck you!" chants on the track's post-chorus channel the rage and angst of misunderstood kids in search of a cathartic release of energy.

But $not is more than willing to ditch that sound for something else if he sees fit. He can float on a cloudy soundscape and make it a hit like on "5AM," or he can hop on an acoustic ballad and sing about a distant lover like on "Blue Moon." To him, there's no such thing as uncharted territory: "I'm an artist. I make what I want."

With Ethereal, he's simply doing what he pleases.
KEEP NEW TIMES BROWARD-PALM BEACH FREE... Since we started New Times Broward-Palm Beach, it has been defined as the free, independent voice of South Florida, and we'd like to keep it that way. With local media under siege, it's more important than ever for us to rally support behind funding our local journalism. You can help by participating in our "I Support" program, allowing us to keep offering readers access to our incisive coverage of local news, food and culture with no paywalls.
Make a one-time donation today for as little as $1.