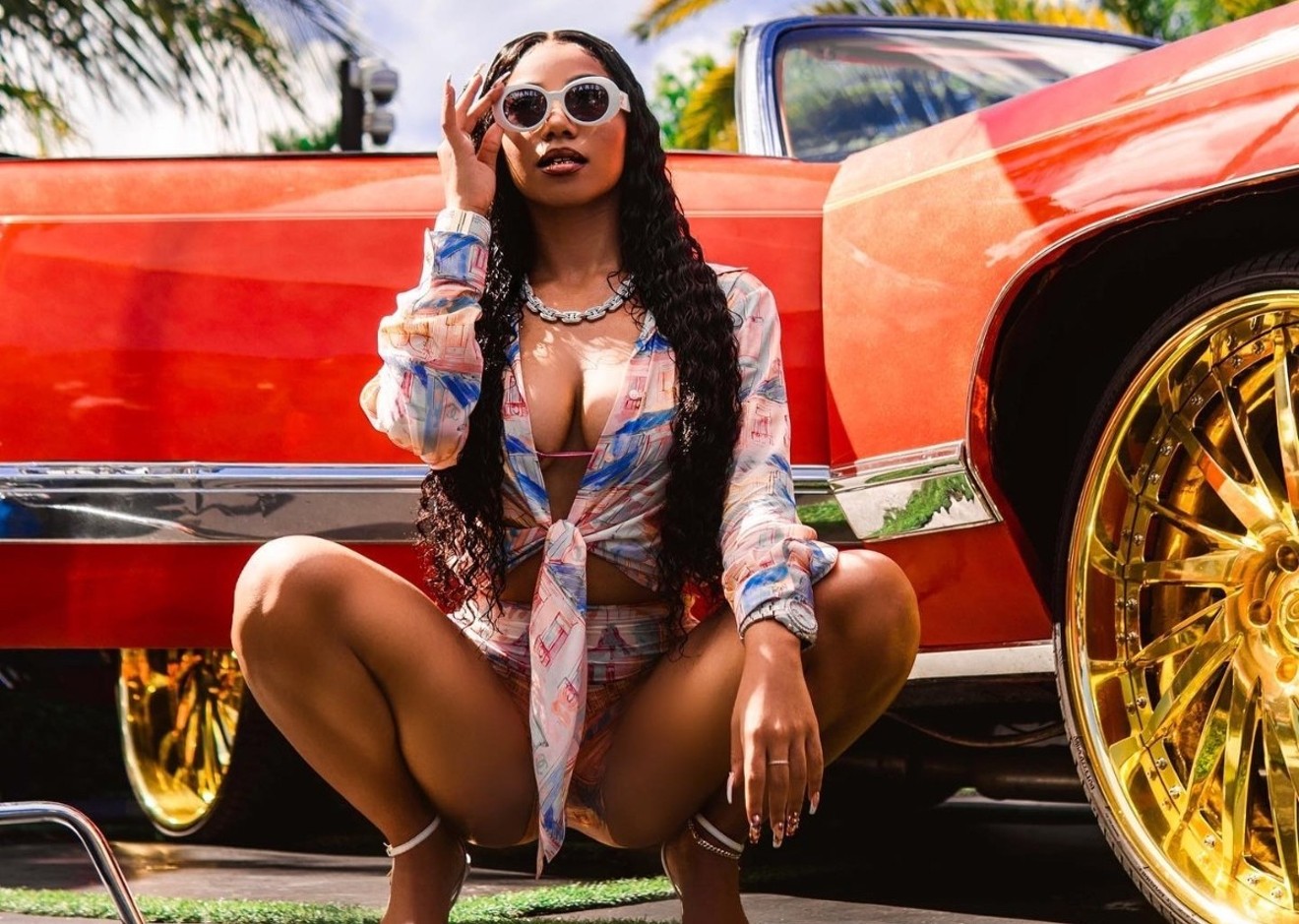 Oya Baby has the support of rapper Flo Rida. Photo by Alexander Ayala/@alexvisualss
After decades of sleeping on the hotbed of talent in the Sunshine State, the hip-hop community has finally come to respect and embrace the diverse group of rappers who hail from South Florida. Internationally known artists who were born and raised in the county of Dade paved the way for all lyricists from the depths of Homestead to the top of Palm Beach County. Emerging rappers continue to earn immense support online and in the streets from fans and critics alike.

The world has come to know and love the hard-working artists who rep South Florida, from veterans like Trick Daddy and Trina to the underground-turned-viral artists like City Girls, Kodak Black, Denzel Curry, Pouya, and, yes, even Lil Pump.

Now it’s time to put the new class of artists in the spotlight.

New Times scoured the scene and found a number of rising South Florida rappers who are changing the game with their music and unique personalities. Despite the music industry’s dependence on social media, these artists are making waves by any means necessary, regardless of how many Instagram followers they have.

Below, listed in alphabetical order, are ten Miami rappers you need to know about in 2021. 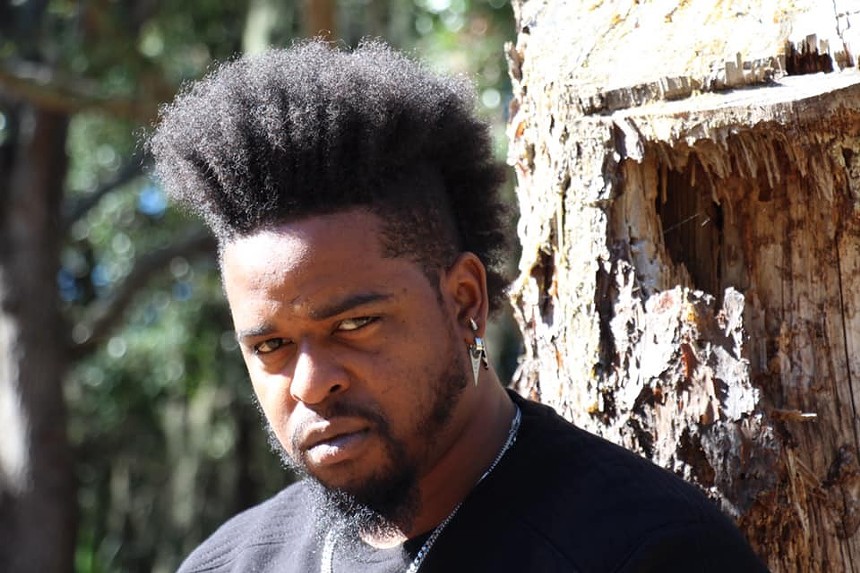 Ankavious is planning several releases for 2021.
Photo by Megan Gann/@meganartistry77

If anyone reps Florida to its core, it’s Ankavious. The rising rap star from North Miami is quickly making a name for himself with his latest release, “Life Is Short.” Ankavious’ debut single stays true to his hustle by delivering gritty bars about how he moves and his goals in life. The self-produced banger is one of several tracks Ankavious is planning to release in 2021. Along with the official music video for “Life Is Short,” the North Miami native plans to drop an EP later this year. 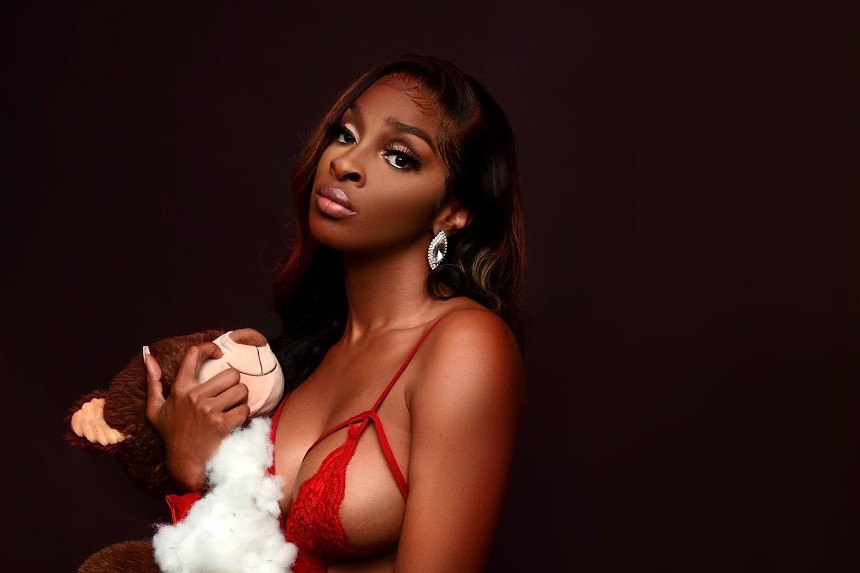 Big Arie has been getting a lot of attention for her confident bars and sassy flow.
Photo by Roq Fluellen

Big Arie has been quickly gaining strength throughout South Florida. After enticing her fans with her “Better Man” video in 2019, the rapper/singer-songwriter followed up last year with her Rico Love-assisted banger “Wasting My Time.” Since then, Arie has been getting a lot of attention from fans and celebrities with her confident bars and sassy flow. She’s been heard on South Florida’s hip-hop radio stations and been noticed by Pompano Beach’s own Kodak Black. Now she’s gearing up to drop her new EP, Hurt Ho Music, featuring its lead single “Fell Out.” Needless to say, Big Arie will be commanding our attention throughout 2021. 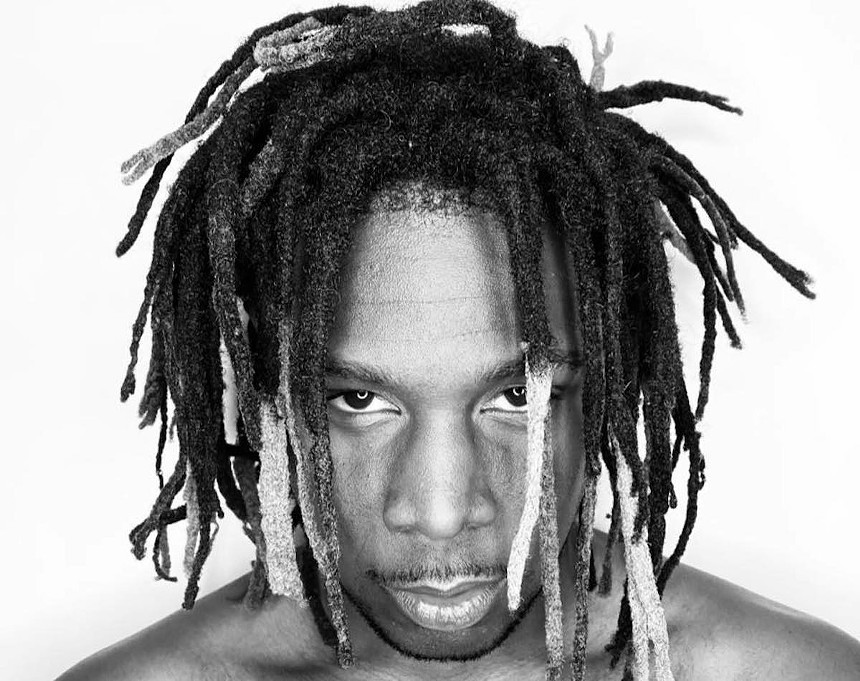 Johnny Oz came up in the rap game alongside his friend, the late XXXTentacion. After touring with the likes of X, Lil Xan, and YG, the rambunctious lyricist is hitting the ground running in 2021. In the past year alone, the Broward County rapper dropped tracks like “Jeepers Creepers” along with his EP, Planet Oz, featuring standout tracks like “Coraline” and “Planet 777.” He’s also dedicated to dropping off colorful, eye-popping visuals and lyric videos for fan favorites like “Too Cool for School” and “Beast in the Night.” Last month, the Loud Pack Style rapper delivered his latest song, “$luts.” Since its release, the track has been streamed more than 140,000 times on Spotify. Given his musical success and the amount of praise he’s received from top-charting artists, including Juicy J and Swae Lee, Oz has the support he needs to keep his foot on his competition’s neck all year long.

King Hoodie has emerged as one of South Florida's prominent underground artists. Over the past seven years, his rapid-fire flows and enticing wordplay have garnered plenty of fans. Since dropping his 2015 mixtape, Under the Bridge, Hoodie has worked with Flokid, Kidd Adamz, DYFL, Seanetta Carson, and Neri Beats, among other local rappers. (He even collaborated with the latter three to cook up the EP To Live ForXver.) In 2020, the North Miami Beach native delivered his track “Feels Like God” and appeared on Supa Cindy’s Miami Cypher 4 alongside a squad of prominent MCs from the crib.

Oya Baby has the support of rapper Flo Rida.
Photo by Alexander Ayala/@alexvisualss

Oya Baby is quickly becoming a hot commodity in Florida and beyond. The 25-year-old dancer-turned-rapper got the hip-hop community’s attention toward the end of 2020 when she flipped rapper and Drink Champ N.O.R.E.’s smash single “Superthug” into her song “Super Thot.” Since its release, the official video, which is set in South Beach, has garnered more than 100,000 views. That’s not all she’s got. The IMG Strongarm signee followed up with other songs, including “Try Me” and “Cinnamon.” Oya Baby kicked off 2021 by teaming up with her label mate Int’l Nephew for his track “Bout It, Bout It.” With veteran Flo Rida’s support, it looks like Oya Baby has the potential to blast off into stardom in 2021.

$not gained national attention with his signature look.
Photo by Angela Ricciardi

Palm Beach County rapper $not has been in the mix of the underground rap scene since 2016, but he has managed to construct an immense following beyond the Sunshine State in recent years. After dropping his breakthrough single “Gosha” in 2018, the Lake Worth resident by way of New York City began to gain national attention with his signature look — a hoodie with the hood tied up tight enough that only eyes, nose, and the top of his mouth can be seen. Last year $not returned with his - TRAGEDY + project, which included the track “Beretta,” featuring Wifisfuneral. A few months later, he came through with Beautiful Havoc, which features Denzel Curry, newcomer Flo Milli, and Iann Dior. In addition, he appeared on “Blue Bills” with Fenix Flexin off DJ Scheme’s Family album. And early last December, $not delivered his most recent release, “Murda Murda.”

Tafia is coming for the top spot in 2021.
Photo courtesy of Dreamchasers/Roc Nation

After overcoming numerous hardships in his young life, Tafia is coming for the top spot in 2021. Breaking into the scene with his infamous Street Fanci mixtape, the “DBF” rapper quickly became a hot commodity. Having dropped his debut project, the North Miami native didn’t take his foot off the gas. He’s dropped six projects since 2017, including Street Fanci 2, King Ape, and Love Me While I’m Alive, as well as popular singles like “Walk,” “Savage,” and “Checkmate.” Tafia made his debut under Meek Mill’s Dreamchasers label last year when he released Street Fanci 3 and followed up with Fanci No. 9, a joint EP with Miami rapper-producer MajorNine. Tafia recently blessed his fans with a warm-up track, “Adderall Freestyle,” but he’s definitely got plenty more bangers on the way.

If authentic lyricism is your go-to, then look no further than Tierra Traniece. Months after she released her spoken-word EP My Funny Valentine, the Miami native captivated the city in 2019 when her breakthrough single, “Fool Me Once,” produced by Rippa on the Beat, dominated radio stations throughout the state. Traniece, who started her career as an author and poet, didn’t let the pandemic deter her from releasing new music. Last year, the lyricist delivered her EP The Rookie and the Vet, which features six songs, including “Fool Me Once.” October brought her most recent song, “Love on the Line,” featuring Cedia — an emotional yet smooth track about her own love life. Given the recent countdown on her Instagram page, it’s safe to say Tierra’s got big plans for 2021. 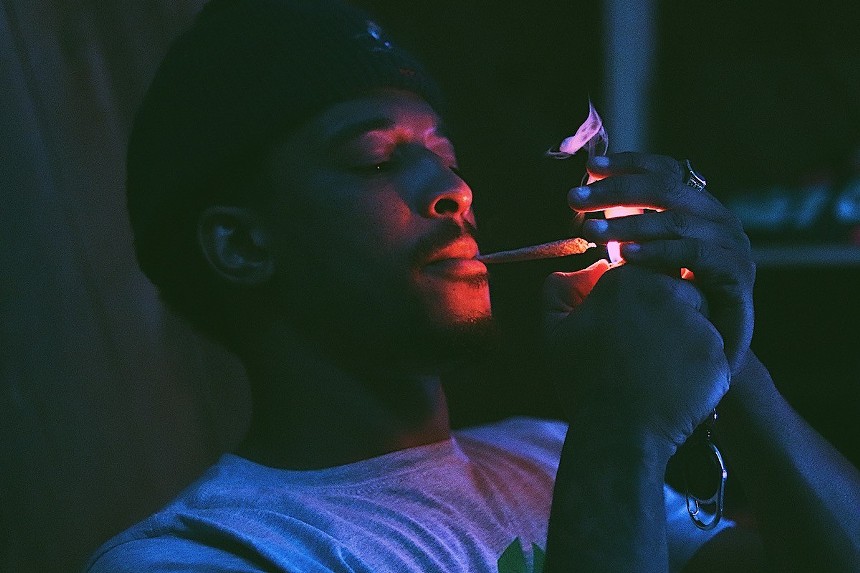 New Times put you on to Xali back in 2017. He may have been on our radar for some time, but what he’s planning to do in 2021 is extraordinary. The Broward County rapper is dropping brand-new music every week until December. Since January, Xali has come through with new songs like “Sweet Love,” “Go,” “The Fast Way,” “8th For 50,” and his latest, “Closer.” Each track gives his fans the slick rhymes and braggadocio flows they expect of him and more. Before embarking on his yearlong mission, Xali dropped his Dolla$ign$leep EP with production from Infamous, Only Ortega, and Whitemayo. Other singles, like “Get the Money and Go” and “Big Sleep,” just received the visual treatment this month. By the end of 2021, Xali will have put out at least three albums' worth of music that will resonate with fans for years to come.

Zoey Brinxx has more collaborations on the way in 2021.
Photo by @cakedduptv305

Zoey Brinxx is coming out strong as a phenom in Miami’s hip-hop scene. The North Miami native first made waves in 2018 when she dropped “Humble Me” and collaborated with Love & Hip-Hop: Miami’s own Amara La Negra for “Tu y Yo.” A year later, the Haitian artist won 99 Jamz personality Supa Cindy’s Queens Don’t Compete showcase. She didn’t stop there. Last year, she teamed up with fellow Haitian rapper Kiddo Marv for their song “Red and Blue.” In the new year, Brinxx came out swinging on her latest solo track, “Female Biggie,” produced by Bigg D. With more collaborations on the way in 2021, Zoey Brinxx is destined continue rising.

Zoey Brinxx · Zoey Brinxx - Female Biggie
KEEP NEW TIMES BROWARD-PALM BEACH FREE... Since we started New Times Broward-Palm Beach, it has been defined as the free, independent voice of South Florida, and we'd like to keep it that way. With local media under siege, it's more important than ever for us to rally support behind funding our local journalism. You can help by participating in our "I Support" program, allowing us to keep offering readers access to our incisive coverage of local news, food and culture with no paywalls.
Make a one-time donation today for as little as $1.