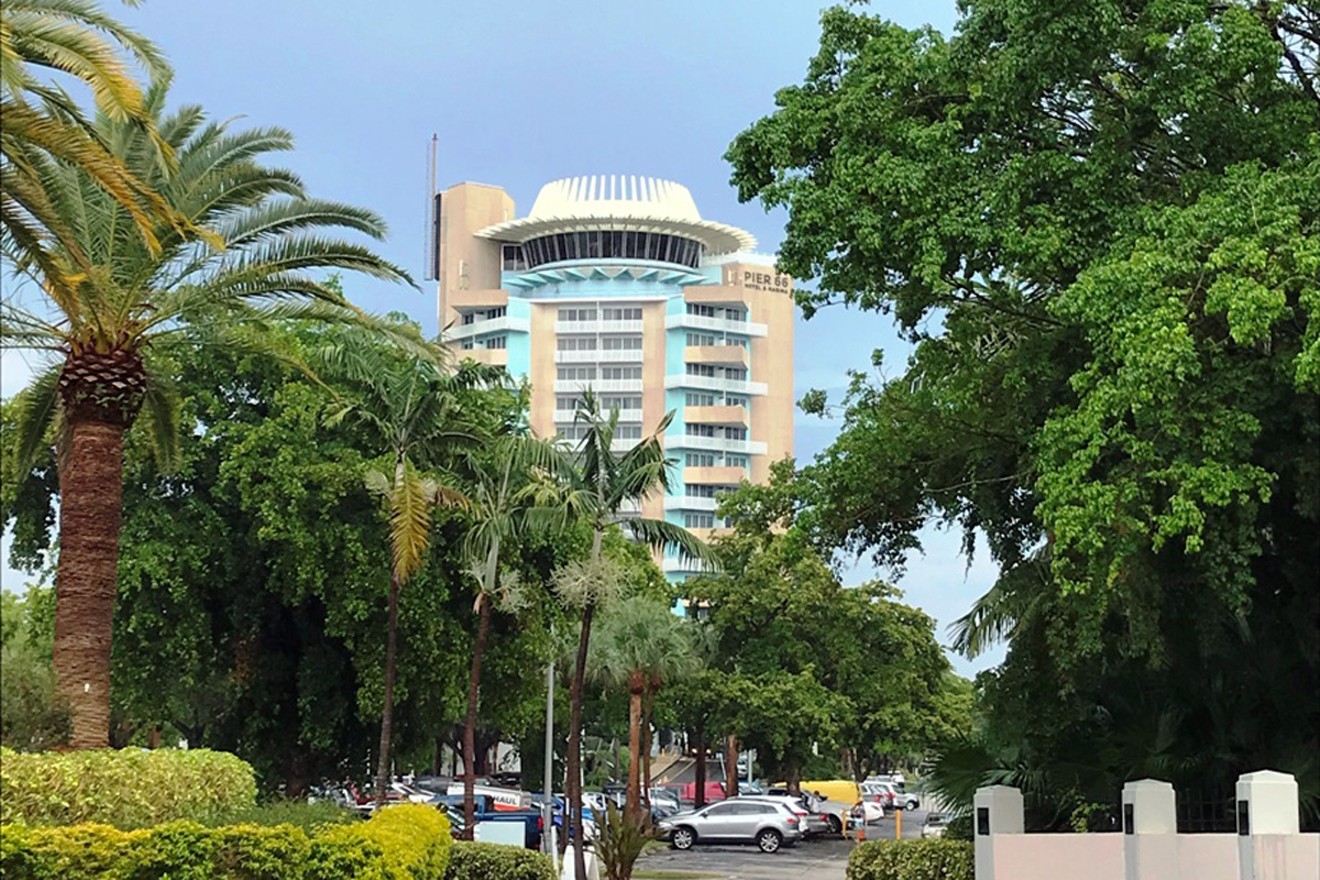 Pier 66 in Fort Lauderdale, with its iconic space-age tower, is amid redevelopment that is scheduled to take two years. Photo by William Flood
Seeing the space-age tower conjures images of the Jetsons. The spire-topped Pier 66, with its revolving rooftop restaurant, is a mid-century icon. Now it and the marina it calls home are under massive redevelopment.

Pier 66’s iconic styling is known as “Googie”, coined after the futuristic lines of Googie’s coffee shop in Los Angeles. The architecturally significant building and property where it sits have a history spanning back to 1957 when Phillips Petroleum first built a fuel dock and gas station on the parcel. By 1959, they’d added a 100-berth marina, restaurant, and a two-story motel.

Pier 66’s success eventually prompted plans for a high-rise hotel. In 1965, the 17-story, 250-room tower opened to the tune of $6 million (nearly $50 million in today’s dollars). One of the principal designers, Phillips Petroleum architect Richard F. Humble (1925-2011), paid homage to his employer with "66" themes woven into various design elements. There are 66 spires encircling the hotel’s crown; the glass elevator reputedly takes 66 seconds to climb to the top floor; the tower’s walls each have 66 windows; and, the restaurant makes one revolution every 66 minutes. 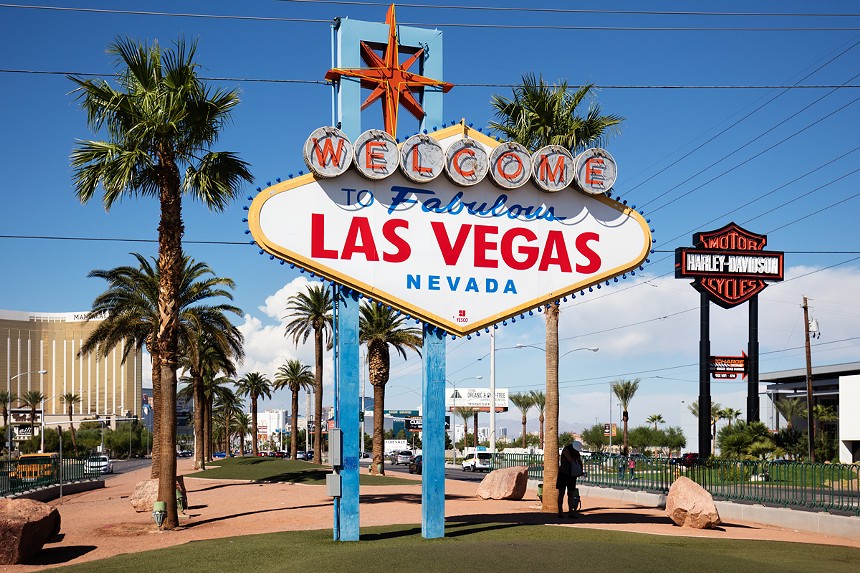 Pier 66's futuristic tower comes out of the Googie's architectural style, with the Welcome to Fabulous Las Vegas sign among its most iconic examples.
Thomas Wolf, foto-tw.de / Wikimedia Commons / CC BY-SA 3.0
Throughout the 1960s, the distinct building dominated the local skyline. Era travel literature likened it to Seattle’s Space Needle and even the Eiffel Tower. Its crowning jewel, the top-floor cocktail lounge, offered diners a rotating view of the city. Priceless are guests’ tales of getting lost returning from the restroom when the room position had changed.

Pier 66 joined the ranks of the Yankee Clipper and Mai Kai, boosting Fort Lauderdale’s reputation as a tourist destination. The 22-acre resort boasted a 142-slip marina, five cocktail lounges, two pools, tennis courts, and a private par-3 golf course. In 1985, Phillips Petroleum relinquished ownership of the property as part of a bankruptcy liquidation.

For ten years, Pier 66 went through a succession of owners, including billionaire H. Wayne Huizenga, former owner of Blockbuster Video and the Miami Dolphins, who bought the property in 1996. Along the way, it picked up the Hyatt brand. The Blackstone Group of New York acquired the property from Huizenga in 2004 and pumped millions into upgrades, making it the resort most recognize today.

The property sold yet again in 2016 to the Tavistock Development Company. Within two years, and with much fanfare, they reopened the rooftop lounge for a monthly Brunch in the Sky. In fall 2017, damage sustained from Hurricane Irma forced the closure of dozens of rooms. Residual pain was still being felt when Tavistock announced redevelopment plans for the property.

This past June marked Pier 66’s last event before embarking on a two-year redevelopment project. Plans call for a mixed-use development with 384 rooms and suites, 100-plus residential units, thousands of feet of commercial space, and an expanded marina intended to host superyachts.

An architectural rendering shows what the new Pier 66 property will look like. Much of the existing property will be razed or redesigned. Fortunately, the Jetson-esque tower will be restored and the developer is seeking historic designation. Pier Top will reopen as a lounge. During construction, Pier 66 marina will remain open and guests can still enjoy Grille 66 and Pelican Landing.
KEEP NEW TIMES BROWARD-PALM BEACH FREE... Since we started New Times Broward-Palm Beach, it has been defined as the free, independent voice of South Florida, and we'd like to keep it that way. With local media under siege, it's more important than ever for us to rally support behind funding our local journalism. You can help by participating in our "I Support" program, allowing us to keep offering readers access to our incisive coverage of local news, food and culture with no paywalls.
Make a one-time donation today for as little as $1.