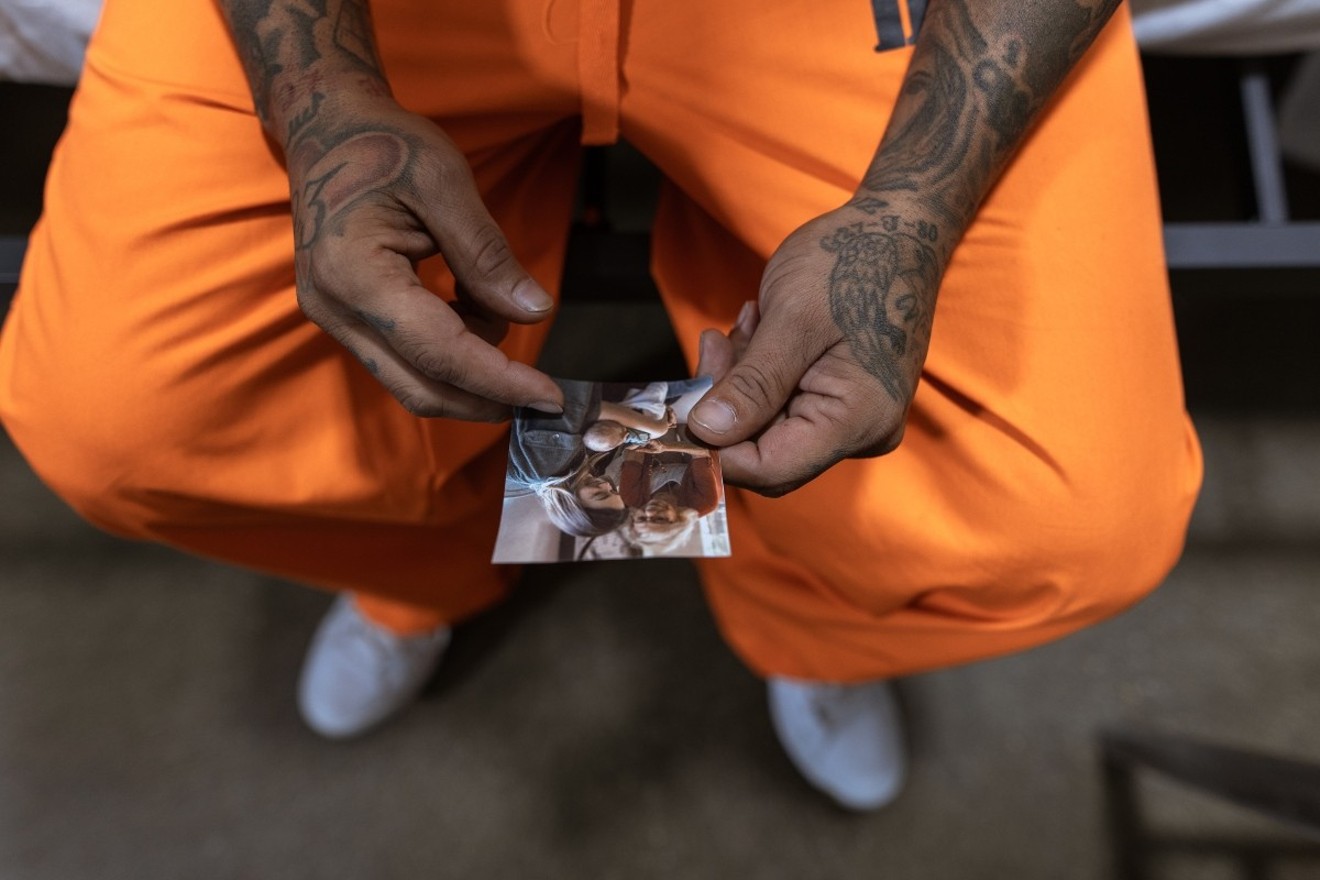 All letters, photos, and clippings sent in the mail could be scanned in the near future. Photo by RODNAE Productions/Pexels
Ever since he was sentenced to 25 years in prison in 2001, Lesmes Caseres has dedicated himself to studying while in the custody of the Florida Department of Corrections. He earned the title of top chef in a prison culinary program, got his associate's degree in business, wrote poems for an online publication, and became a teaching assistant in a GED program.

But what has really gotten him through his sentence is the mail he's received from his family and friends. Caseres' mom sends him a photo of every home-improvement project so he can keep up with what their house looks like. His daughter, who was 7 when he was sentenced, writes letters and draws pictures for him. She even sprays the paper with her perfume.

"When he was in confinement one time, I went and bought a card for each day he was in there," says Miriam Cloutier, Caseres' mother. "That meant the world to him. He said, 'Mom, I could have never made it those 30 days in confinement if you weren't holding my hand every day.' When they're going through stuff in there, it makes them feel closer to family and the support they need."

Family members and prison-reform advocates say that physical mail acts as a tether to the outside world for incarcerated people. Handwritten notes connect them to loved ones. But, as first reported by the Orlando Sentinel, the Florida Department of Corrections plans to digitize incoming mail — with the exception of legal mail — and only allow inmates to access scanned versions of their correspondence via a personal tablet or shared electronic kiosk.


In addition to limiting incarcerated people's access to physical mail, the rule change would limit the number of pages a person could mail to someone in prison. Incoming mail would be inspected by a third-party vendor, then scanned for inmates to access electronically. The Orlando Sentinel reports that mail recipients could print the letters or photos they receive — at a cost of 25 cents for a black-and-white copy or $1 for a color copy.

"When someone is sentenced, their punishment is that they're removed from society," says Kathie Klarreich, executive director of Exchange for Change, an organization that provides writing courses inside prisons. "We should not continue to heap punishments on them once they're incarcerated. Maintaining those emotional ties is hard enough while incarcerated, and taking away one of the tangible things that connects them to the world outside is wrong. It's dehumanizing."

The timeline for when the changes will be implemented is not clear. Paul Walker, press secretary for the Florida Department of Corrections, said in an email to New Times that the proposed change is aimed at cutting down on contraband.

"From January 2019 to April 2021, over 35,000 contraband items were discovered in routine mail," Walker wrote. "Extremely dangerous substances, such as liquid chemicals used to lace synthetic marijuana, can be soaked into paper and dried, making detection very difficult. Likewise, often deadly narcotics such as fentanyl present a danger to staff who must handle and inspect the mail and the inmate who ultimately receives it."

During an hours-long hearing on the mail rule change last week, prison-reform advocates and family members of the incarcerated voiced their opposition to the plan.

Denise Rock, executive director of the advocacy nonprofit Florida Cares, tells New Times she believes the changes are too broad and shouldn't include all mail.

"I understand they're saying it's for safety and security. But this is not the primary way that contraband is coming in," Rock says. "If someone is doing wrong with the mail, we can stop that one person and treat it on a case-by-case basis. There is no substitute for being able to run your fingers over the letter that a person wrote. Some people smell the paper and say it smells like home or like mom's cooking."

Rock says she's also concerned about incarcerated people older than 50, who make up about 25 percent of the overall prison population and may not be as comfortable with technology as younger inmates.

She also takes issue with a provision that says the third-party vendor processing the mail would shred all incoming correspondence after 90 days unless the vendor receives a request from the sender to return it.

"Imagine if you get a letter and a picture from your mom and you get it scanned, but a month later, she passes away. How valuable will that letter and photo be to the person?" Rock says. "The rule doesn't allow a way for an incarcerated person to get that back. We would like to see some consideration for things like that."

When it comes to the value of letters, Cloutier, Caseres' mother, says that corresponding with her son hasn't only helped him — it has kept her strong and motivated to one day see her son free again. Writing to him, she says, was most important in the earlier days of his sentence, when he was at a facility far from their Delray Beach home.

"It was kind of like therapy to be able to share with him what I was experiencing, because he didn't want me to hide and pretend I was the strong, happy mom all the time," Cloutier says. "Sometimes I had to sit and get it out. If I couldn't get things out, I probably would be in a totally depressed state. We're all writers — a 15-minute phone call is not enough. So writing a letter was our therapy to share with each other what we're going through."
KEEP NEW TIMES BROWARD-PALM BEACH FREE... Since we started New Times Broward-Palm Beach, it has been defined as the free, independent voice of South Florida, and we'd like to keep it that way. With local media under siege, it's more important than ever for us to rally support behind funding our local journalism. You can help by participating in our "I Support" program, allowing us to keep offering readers access to our incisive coverage of local news, food and culture with no paywalls.
Make a one-time donation today for as little as $1.