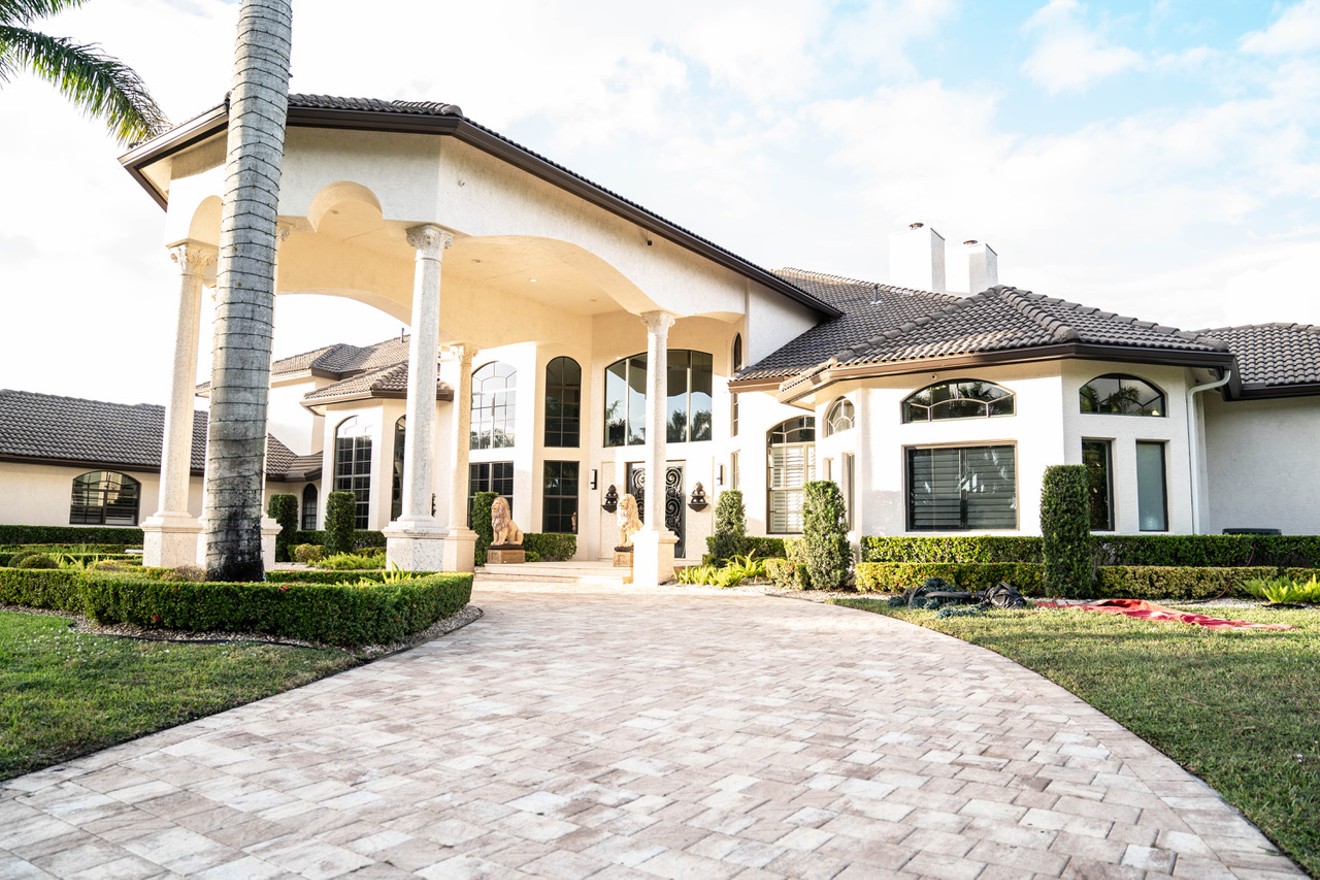 Courtesy Bowe Island
Ex-Kansas City Chiefs and Cleveland Browns wide receiver Dwayne Bowe, who grew up in Miami and attended Miami Norland Senior High School, did pretty well for himself during his eight-year career in the NFL.

In 2016, after he was released by the Cleveland Browns following a single disappointing season, the former Kansas City Chiefs wide receiver put a Coral Springs home on sale for $799,000 and purchased a mega-mansion in Davie for more than $2 million.

Now, the former NFL star — who has followed his NFL career with real estate ventures and a foray into the hip-hop world — has converted his former luxury home into an upscale rental space for those who want to party.

Courtesy Bowe Island
The eight-bedroom and seven-bath mansion, located just off Stirling Road and University Drive, is an adult playground. There is a basketball court, a sand volleyball court, and an arcade room. There's also a spa and sauna room, a private lake with a dock for fishing, a pool,  an oversized hot tub, and a nearly 2,000 sq. ft. covered patio.

"Bowe Island," the name the partners use to market the home, sits on two acres in Davie. It has already been rented out by celebrities including Antonio Brown and Trina. They've used the property for video shoots. There is also a home studio.

Courtesy Bowe Island
But it's not a private island. The mansion is located inside a Davie gated community. And it's not surrounded by water, though there is a private lake out back. Nor is it cheap. The place is listed on short-term rental sites including Airbnb for $3,500 per night for a maximum of 12 guests.

Theresa Bowe, business partner and wife of Dwayne Bowe, says the property will also be available for parties and personal rentals via the partners' company, Bowe Management. Those rentals come with optional perks including valet and butler service, housekeeping, and a personal chef.
"[The home] was one of the properties that he owned through his NFL career," says Theresa Bowe of the short-term rental property, "and it was more of a home that we would come to for festivities and vacations.... Once the Airbnb market got popular, he saw a need for the property that he had and how lucrative it could be."

Theresa Bowe also mentions that Dwayne Bowe shot a rap video at Bowe Island. Under the name MoneyBo, he made a video for "Did That" that has garnered more than 300,000 views on YouTube in four months. Says Theresa Bowe, "For him, it's just life after football and making sure he's progressive and that he sustains in life and [does] not become a statistic."
KEEP NEW TIMES BROWARD-PALM BEACH FREE... Since we started New Times Broward-Palm Beach, it has been defined as the free, independent voice of South Florida, and we'd like to keep it that way. With local media under siege, it's more important than ever for us to rally support behind funding our local journalism. You can help by participating in our "I Support" program, allowing us to keep offering readers access to our incisive coverage of local news, food and culture with no paywalls.
Make a one-time donation today for as little as $1.