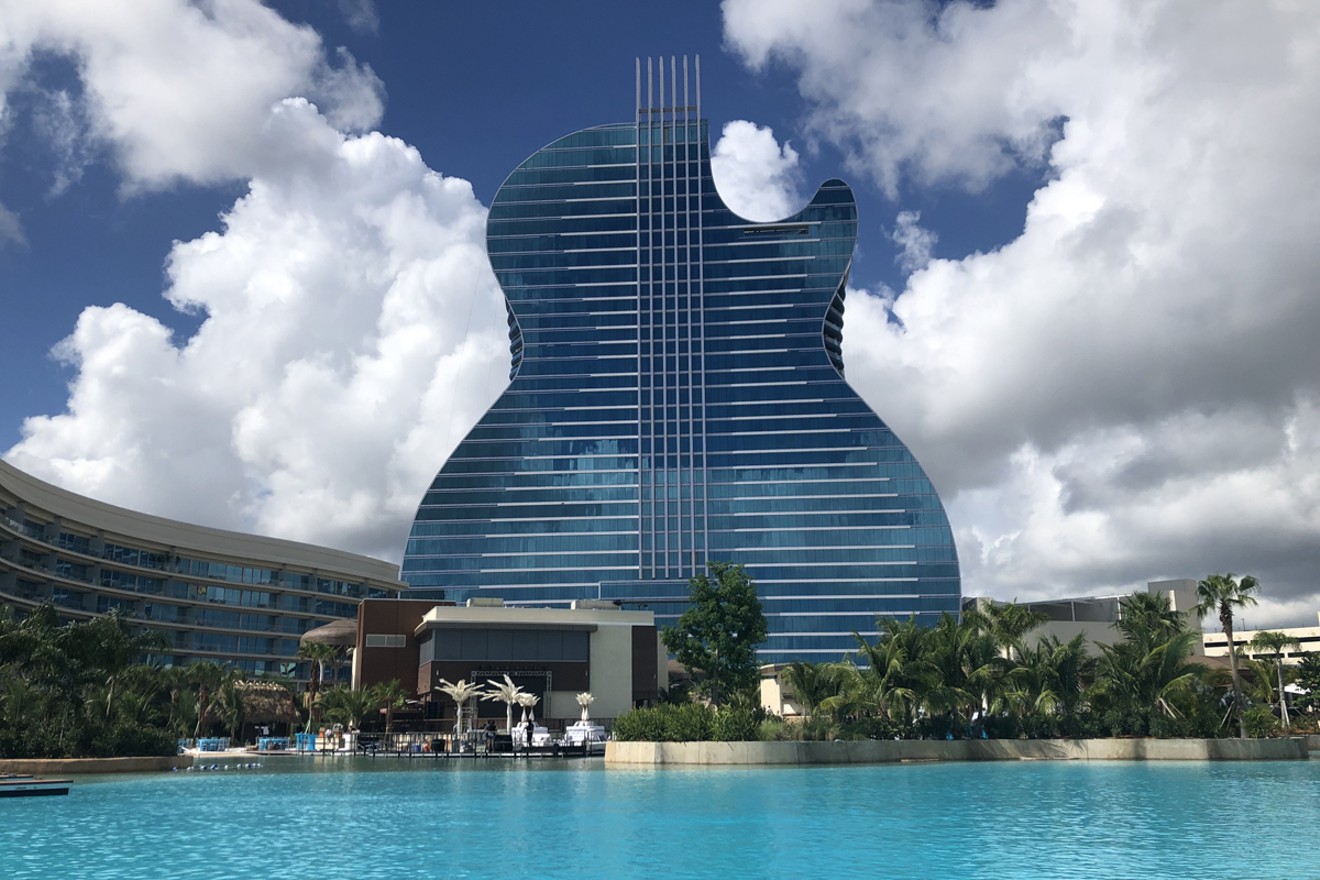 Photo by Michele Eve Sandberg
Long before oodles of guitars were smashed at 8:40 p.m. on Wednesday to mark the opening of the Guitar Hotel, the property was completely abuzz.

For the past two years, Seminole Hard Rock Hollywood, inside and out, had been a maze of blocked-off construction zones, branded blockades, and a hodge-podge of scattered gaming offerings.

You couldn’t help but wonder “What’s over there?" and "What will this be?” as the figure of the 450-foot guitar began to rise and dominate the Hollywood landscape.

The grand opening answered any questions and paid off on the hype: The new Guitar Hotel is truly a masterpiece.

Celebrities made their way on the red carpet to the stage set up in the new Oculus. The three-way hub inside the grand porte cochere is essentially a 360-degree water multimedia show all its own, pulsing to the beat of whatever rock-n-roll plays in the ostentatious lobby. After the celeb step-and-repeat, the party moved to the 13.5-acre pool lagoon, boasting a Bora Bora-style area featuring villas, waterfalls, palms for seemingly miles, stations stocked with tasty food, and live tunes. The lagoon was a true adult playground, with lit-up colorful mermaids and body-painted models mingling about as folks zoomed by on watercrafts and water jet packs.

From a peninsular stage, Seminole council leaders gave thanks. Through their 30-ish minutes of speeches, they made one thing crystal clear: This is more than a casino. 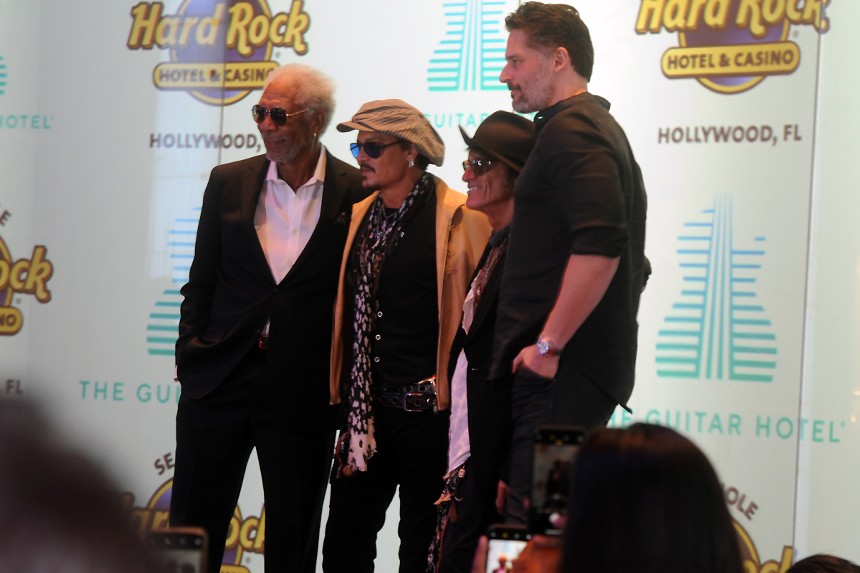 Afterward, no boring ribbon cutting here. Tribal leaders were joined by Hard Rock and Seminole execs and a slew of celebs for a group guitar smash. For a guitar-smashing MVP, let’s go with Piven for his clear confidence and technique.

To close the evening – and what folks will be able to enjoy on a daily basis at sunset – the gargantuan guitar lit up, a musical montage accompanying each flicker.

And the party at Hard Rock Hollywood is just starting. All lit up, the new Guitar Hotel at Seminole Hard Rock Hollywood shines for miles.
Photo by Jesse Scott
On Friday, November 1, Dillon Francis will open the nightlife and daylife entertainment concept, DAER. Tiesto opens the dayclub on Saturday, November 2 and there is a TBD “major” surprise guest performance slated for that Sunday.

Guitar Hotel, welcome to the neighborhood — we already love you.

Bring on the encore.
KEEP NEW TIMES BROWARD-PALM BEACH FREE... Since we started New Times Broward-Palm Beach, it has been defined as the free, independent voice of South Florida, and we'd like to keep it that way. With local media under siege, it's more important than ever for us to rally support behind funding our local journalism. You can help by participating in our "I Support" program, allowing us to keep offering readers access to our incisive coverage of local news, food and culture with no paywalls.
Make a one-time donation today for as little as $1.