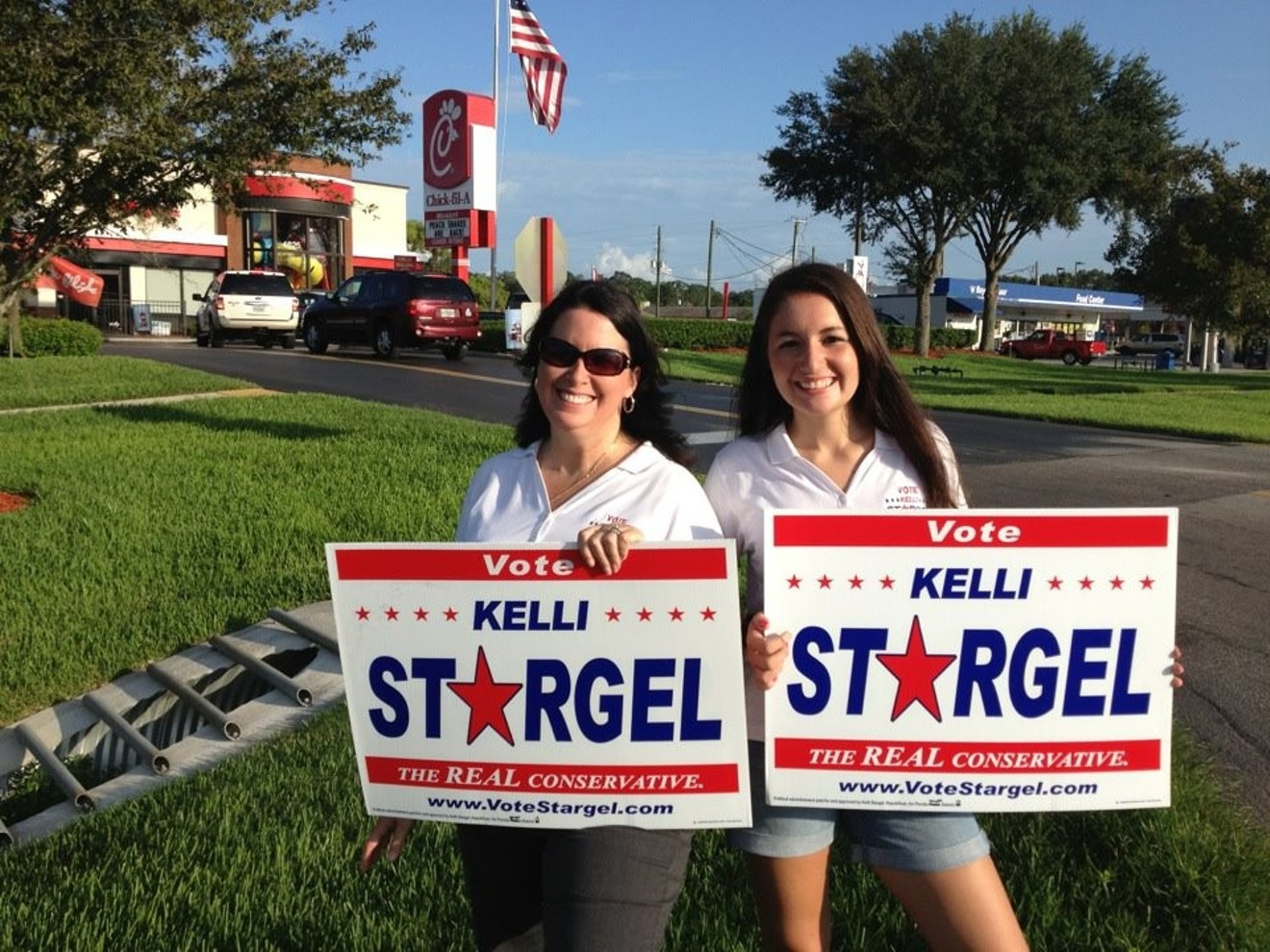 Stargel temporarily postponed the Florida Senate bill on April 20, and the measure was considered dead. Instead, part of the bill was hastily tacked on as an amendment to a bill about charter schools. Ignoring impassioned pleas from trans-rights groups and Democratic lawmakers, the Republican-dominated legislature passed the bill on April 28, including the transgender-athlete amendment.

Now, another opposing voice has emerged — that of Kelli Stargel's daughter Laura, who is studying sports politics. In an op-ed in yesterday's Orlando Sentinel, Laura Stargel spoke out against the bill, calling it harmful to the well-being of transgender athletes.

"Excluding transgender children from sports will exacerbate feelings of discrimination and severely impact their mental and physical health," she wrote.

I played sports all throughout middle, high school and college without ever coming close to receiving an award or a scholarship. Not once did I stop to consider what gender my teammates were assigned at birth.https://t.co/T9PDIpy2j2

Florida Gov. Ron DeSantis still must sign the bill before it becomes a state law. While he has not yet done so, his office told the Miami Herald that he supports the measure.

In her op-ed, Laura Stargel called on DeSantis to veto the legislation, saying "kids' lives are at stake."

Further, Stargel argued, there's already a process in place for transgender athletes to play on school sports teams in Florida.

"In 2013, the Florida High School Athletics Association developed a process to review transgender students’ requests to play on teams that match their gender identity. Since then, only 11 transgender students have petitioned the FHSAA to play," she wrote. "Nevertheless, the Legislature dedicated significant time to eviscerating that policy and replacing it with a blanket ban. That is time and resources that could have been used to focus on unemployment, health care or the housing crisis in a pandemic."

Stargel, who played sports throughout middle school, high school, and college, said the experience had such a profound impact on her life that she plans to pursue a career to help eliminate barriers to children's access to athletic programs.

Now, she worries that transgender children at Florida schools will be deprived of the opportunity to participate.

"The scope of this bill is massive, stretching to include kids in middle school and intramural sports, effectively erasing opportunities for transgender children from puberty onward," she wrote. "We should not be making these young people choose between a sport and their identity, especially in areas of sport for participation rather than competition."
KEEP NEW TIMES BROWARD-PALM BEACH FREE... Since we started New Times Broward-Palm Beach, it has been defined as the free, independent voice of South Florida, and we'd like to keep it that way. With local media under siege, it's more important than ever for us to rally support behind funding our local journalism. You can help by participating in our "I Support" program, allowing us to keep offering readers access to our incisive coverage of local news, food and culture with no paywalls.
Make a one-time donation today for as little as $1.