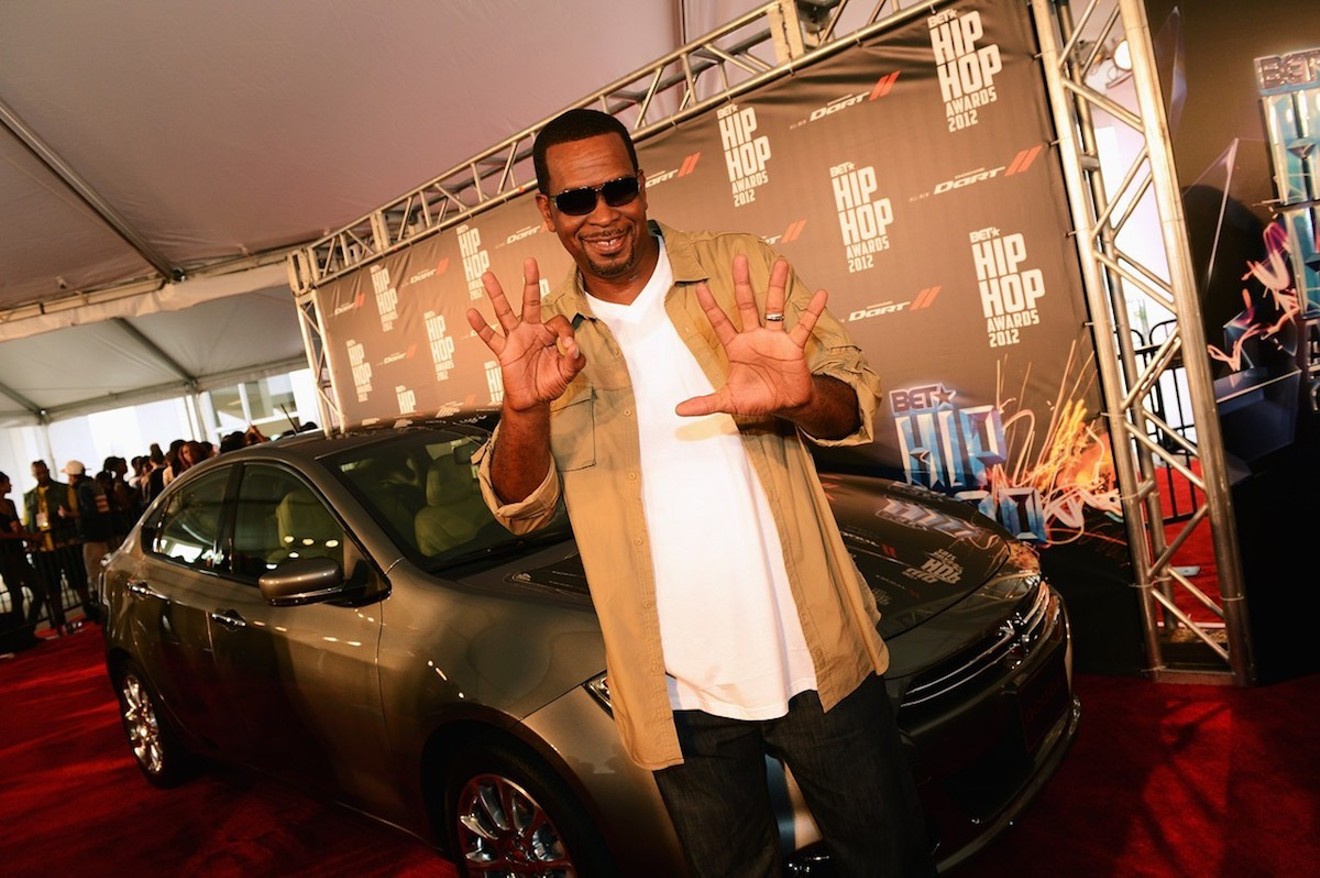 Luther Campbell, AKA Uncle Luke, has a plan to end systemic racism in the National Football League. Photo by Rick Diamond/Getty
Former Miami Dolphins head coach Brian Flores is embarking on a historic mission: to expose how the business of the NFL is a game dominated by good ol’ boys.

On February 1, Flores filed a lawsuit seeking class-action status in Manhattan federal court against the Miami Dolphins, New York Giants, Denver Broncos, and the NFL, and in doing so, he blew the lid off the systemic racism that's corrupting America’s most popular spectator sport.

By coming forward with his allegations, Flores is risking it all: He may never work as a head coach again.

The juiciest accusation involves Flores’ former boss, Dolphins owner Stephen Ross, who fired Flores last month despite two consecutive winning seasons. Flores claims in the 58-page lawsuit that the billionaire owner offered him $100,000 for each game he lost in 2019 — the better to secure a high first-round pick in the NFL draft.

If litigation and/or an NFL investigation find that Flores' claims are true, Ross will have to sell the team. (Ross released a statement that said, in part, "I take great personal exception to these malicious attacks." In a separate statement, the Dolphins said, "We vehemently deny any allegations of racial discrimination and are proud of the diversity and inclusion throughout our organization."

In light of Flores' allegations that the NFL’s hiring practices for minority coaches are a sham, here are ten things the league needs to implement to create real racial equality:

1. The NFL should expand into three new markets with Black owners. Since the Broncos are up for sale, the team should be sold to a Black ownership group.

2. Team presidents, general managers, and coaches should not be permitted to be represented by the same agents who represent NFL players.

3. A sports agent should not be able to represent more than three head coaches.

4. Considering that most teams use public funds to pay for stadiums, a blue-ribbon committee should be created with members from the community (including the top local elected official) to have a say in who is hired as a team's head coach.

6. All NFL communications should be public record.

7. Each NFL team should make a donation of $100 million to a historically black college football program in their state or nearby.

8. The NFL Network should enter into a television contract with historically black colleges that pays the schools $500 million.

9. If a team has not hired a Black team president, general manager, or head coach after three vacancies, that team should lose four draft picks for three years.

10. Owners who violate these rules more than twice should be forced to sell their franchise.
KEEP NEW TIMES BROWARD-PALM BEACH FREE... Since we started New Times Broward-Palm Beach, it has been defined as the free, independent voice of South Florida, and we'd like to keep it that way. With local media under siege, it's more important than ever for us to rally support behind funding our local journalism. You can help by participating in our "I Support" program, allowing us to keep offering readers access to our incisive coverage of local news, food and culture with no paywalls.
Make a one-time donation today for as little as $1.