With Trump "Part of the Problem," Parkland Dad to Kick Off Tour Aimed at Stopping Gun Violence 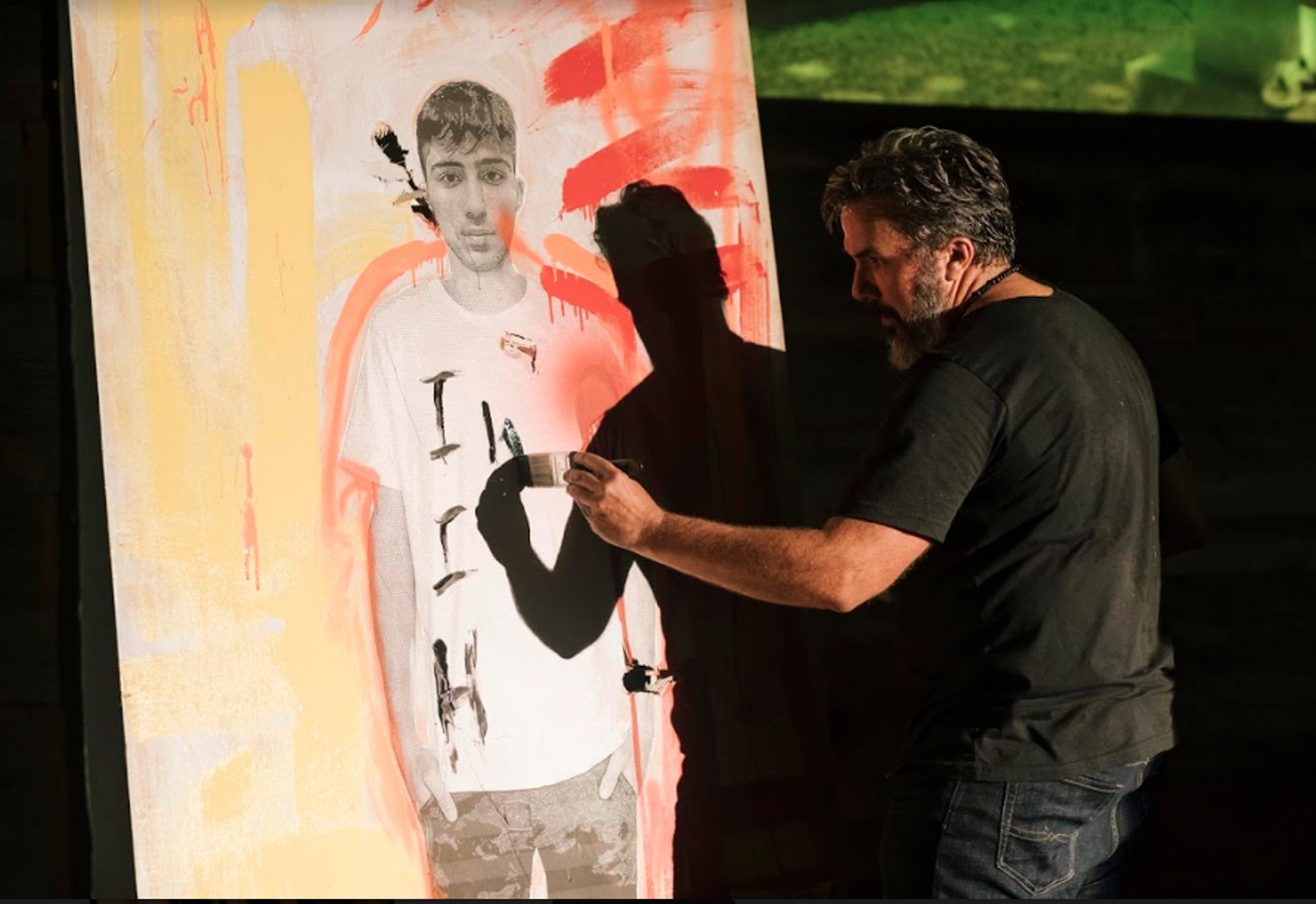 "Sometimes I get frustrated because I don't see the action [on gun control] that I want to see," says Oliver, the artist whose 17-year-old son Joaquin was one of 17 people gunned down at Marjory Stoneman Douglas High School last year. "But this will be the future of our nation. This will happen in the very short term."

One person he's equally certain won't make that change is the current White House occupant, who made empty promises of gun background checks after the Valentine's Day 2018 mass shooting.

"Donald Trump is part of the problem," Oliver says. "It's pretty obvious. Why would someone who got $30 million from the NRA in his campaign do anything? We're talking about a business guy who has only been concerned about money his entire life. But we don't need Donald Trump. Are we going to wait for Donald Trump to solve something? I don't think so."

The inaction is a big reason Oliver has created the interactive one-man show Guac: My Son, My Hero, which he will tour across the United States beginning with a September 20 show at the Colony Theatre in Miami Beach. With the "social justice theater piece," Oliver celebrates the story of his son, nicknamed Guac, with hopes of moving audiences "to take a stand on gun violence in America."

Oliver is an accomplished artist whose recent work, inspired by his son's memory and a desire to end gun violence, has recently been displayed in Boston and Washington, D.C. He happened to be painting a mural in El Paso when a shooter aiming to kill Mexican immigrants took 22 lives at a Walmart.

But this is his first foray into theater, where he will paint a live portrait of his son while telling his story. "I have never been on a stage in my life, but I will do what it takes," says Oliver, whose wife Patricia is also part of the show. "I think we are going to be able to reach more people by filling up these venues."

When his son was a toddler, Oliver moved the family to America from Venezuela to escape violence. Joaquin, an outgoing teen who loved sports and hip-hop, was moved by the Pulse nightclub shooting in Orlando to become a strong advocate of reforming laws concerning guns, which he referred to as "killing machines," his father says.

The president's anti-immigrant rhetoric also had a profound impact on Joaquin, who wrote an emotional anti-Trump tweet in which he asked his friends to imagine if he and other immigrants they knew "vanished." It was posted just months before he was murdered by former student Nikolas Cruz, himself an avowed racist and anti-immigrant Trump supporter.

Oliver has created the nonprofit group Change the Ref, which is aimed at electing politicians across the nation who will enact gun reforms such as universal background checks and a ban of assault weapons like the one used in the Parkland massacre. Proceeds from the tour will go to that organization, he says.

Though gun control efforts so far have been met largely with frustration — and other heartbreaking mass shootings — Oliver says he sees progress. The 2018 midterm election saw several NRA-supporting candidates lose their seats, he adds, and he's noticed fewer politicians tweeting about "thoughts and prayers," which he says are too often used as substitutes for action.

It's obviously a key election issue, and the Parkland movement is front and center. Democratic frontrunner Joe Biden this past Saturday mistakenly said he had met with Oliver and other Parkland parents when he was vice president, though he'd been out of office for more than a year when the shooting took place. Asked about that incident, Oliver, who hasn't yet endorsed any presidential candidate, seemed to indicate the former vice president isn't at the top of his list.

"These old faces are trying to get back in control," he says. "They didn't fix the problem then. Why would anyone think they can fix it now?"

Oliver's tour has dates planned for New York, San Francisco, and Washington, D.C., he says, but during the coming election year, he plans to focus on swing states, where he wants to help inspire hearts and minds, one auditorium at a time.

"Nobody wants to be in my role right now," he says. "But you can relate with my family, and once you do that, you realize this could be you. Do you know how many fathers and mothers are losing their kids? There are a lot of people who are going through the same pain that me and Patricia have gone through. We are giving these fathers and mothers the option to raise their voice. They can share our message.

"And the fathers and mothers that still enjoy their kids should be even more offended... because they may be the next targets."

Guac: My Son, My Hero. 8 p.m. Friday, September 20, at Colony Theatre, 1040 Lincoln R., Miami Beach; colonymb.org. Tickets cost $35 to $65 through tickets.colonymb.org.
KEEP NEW TIMES BROWARD-PALM BEACH FREE... Since we started New Times Broward-Palm Beach, it has been defined as the free, independent voice of South Florida, and we'd like to keep it that way. With local media under siege, it's more important than ever for us to rally support behind funding our local journalism. You can help by participating in our "I Support" program, allowing us to keep offering readers access to our incisive coverage of local news, food and culture with no paywalls.
Make a one-time donation today for as little as $1.
Journalist Bob Norman has been raking the muck of South Florida for the past 25 years. His work has led to criminal cases against corrupt politicians, the ouster of bad judges from the bench, and has garnered dozens of state, regional, and national awards.
Contact: Bob Norman