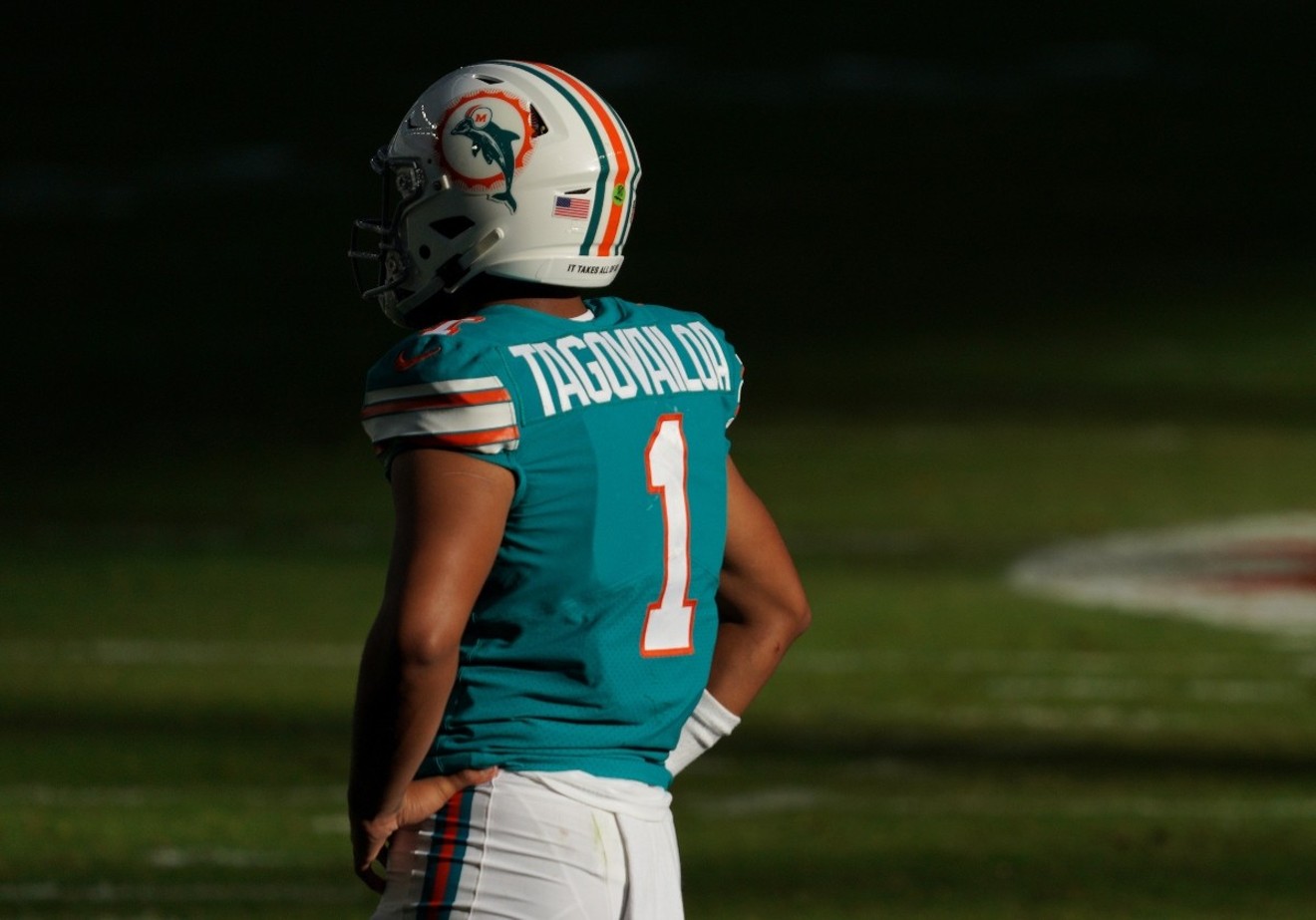 Has everyone already forgotten what the Dolphins have in Tua Tagovailoa? With a month of the offseason in the rearview mirror, it's time for fans to take a deep breath and remind themselves that the Dolphins have one of the premier young signal callers in the league. Nothing that happened in 2020 changed that. If anything, business is ahead of schedule.

Amid the debate about whether Dolphins quarterback Ryan Fitzpatrick should return next season, speculation as to whether Miami made a mistake in drafting Tua instead of Los Angeles Chargers quarterback Justin Herbert, and rumors that the Dolphins may be in the market to replace Tua with Houston Texans quarterback Deshaun Watson, it's a rarity to find anyone these days who's actually concentrating on what Tua might bring to the table in his sophomore season.

Enough already. Tua Tagovailoa is Miami's man in 2021.
It's time all this negativity ends. Tua Tagovailoa is the Miami Dolphins' quarterback of the future, just as he was a few short months ago when the Dolphins selected him with the fifth-overall pick in the NFL draft. It's time to make an investment in putting the pieces around him that give him the best chance to succeed — something the team failed at miserably in his rookie season.

Rather than harp on the missteps the organization made in failing to support its rookie quarterback last season (see: Chan Gailey, no weapons, constant benchings), it's time to focus on how the Dolphins can move forward with the second stage of a plan that isn't even a year old.
The Dolphins have a lot of work to do this offseason, but they've set themselves up to head into next season a far better team offensively than they were this past year. Miami holds four of the top 50 picks in the NFL Draft. Every one of those selections, and more, should be used on offense picks to support Tua. Miami must also prioritize finding an offensive coordinator who can better utilize the young quarterback's skills.

Most importantly, Miami and the fans need to recommit to Tua Tagovailoa. It's far past time to stop stepping on his name as if he's been in Miami five seasons when, in reality, he had one COVID-impacted season that came only a few months after a major hip surgery. Even still, Tua showed flashes of greatness and handled multiple benchings and adversity like a seasoned pro.

Forget Justin Herbert and Deshaun Watson. Stick to the plan. Commit to Tua Tagovailoa. Just like everyone dreamed of this time last year.
KEEP NEW TIMES BROWARD-PALM BEACH FREE... Since we started New Times Broward-Palm Beach, it has been defined as the free, independent voice of South Florida, and we'd like to keep it that way. With local media under siege, it's more important than ever for us to rally support behind funding our local journalism. You can help by participating in our "I Support" program, allowing us to keep offering readers access to our incisive coverage of local news, food and culture with no paywalls.
Make a one-time donation today for as little as $1.