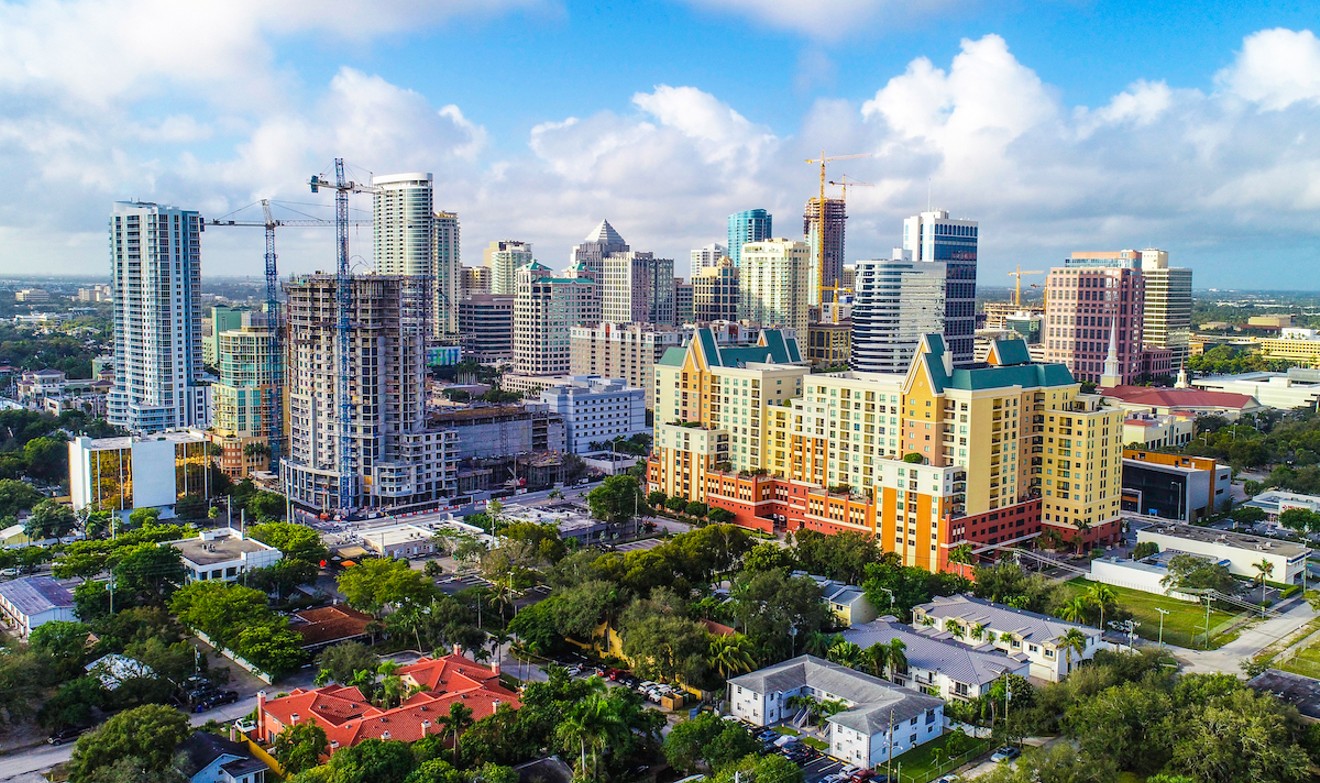 That's according to a recent report by e-commerce software company Volusion, which used data from the Census Bureau's Annual Survey of Entrepreneurs to break down the 50 best large metropolitan areas based on their share of local startups belonging to minorities. After crunching the numbers, the authors found that more than 46 percent of all startups in Miami, Fort Lauderdale, and West Palm Beach were minority owned. Only the metro areas of Los Angeles, San Jose, and Riverside had a larger percentage.

When looking at total number of startups rather than the percentage, however, South Florida jumps to third in the nation, with 8,375 startups employing more than 22,000 people. Only the New York and Los Angeles metro areas had more.

The report had mostly good news for South Florida's aspiring entrepreneurs, although there are still some issues to contend with. Nationally, minorities make up nearly 40 percent of the U.S. population, while only owning roughly 27 percent of all startup businesses — a 13 percent gap. In South Florida, where nearly 70 percent of the population is considered a minority, that gap is even larger. Of the metro areas included in the report, only St. Louis had a startup ownership rate equal to or larger than the population's percentage of minorities. Other metro areas, including Washington D.C. and Baltimore, came close to punching at their own weight.

For the sake of the report, businesses open for fewer than two years were considered startups. To be considered minority-owned, a business had to have more than 51 percent ownership by individuals reporting their race or ethnicity as different than non-Hispanic white.

When it comes to startups, South Florida is not the next Silicon Valley by any stretch. Still, the area has a burgeoning startup scene, and minorities play a huge role in expanding it.
KEEP NEW TIMES BROWARD-PALM BEACH FREE... Since we started New Times Broward-Palm Beach, it has been defined as the free, independent voice of South Florida, and we'd like to keep it that way. With local media under siege, it's more important than ever for us to rally support behind funding our local journalism. You can help by participating in our "I Support" program, allowing us to keep offering readers access to our incisive coverage of local news, food and culture with no paywalls.
Make a one-time donation today for as little as $1.