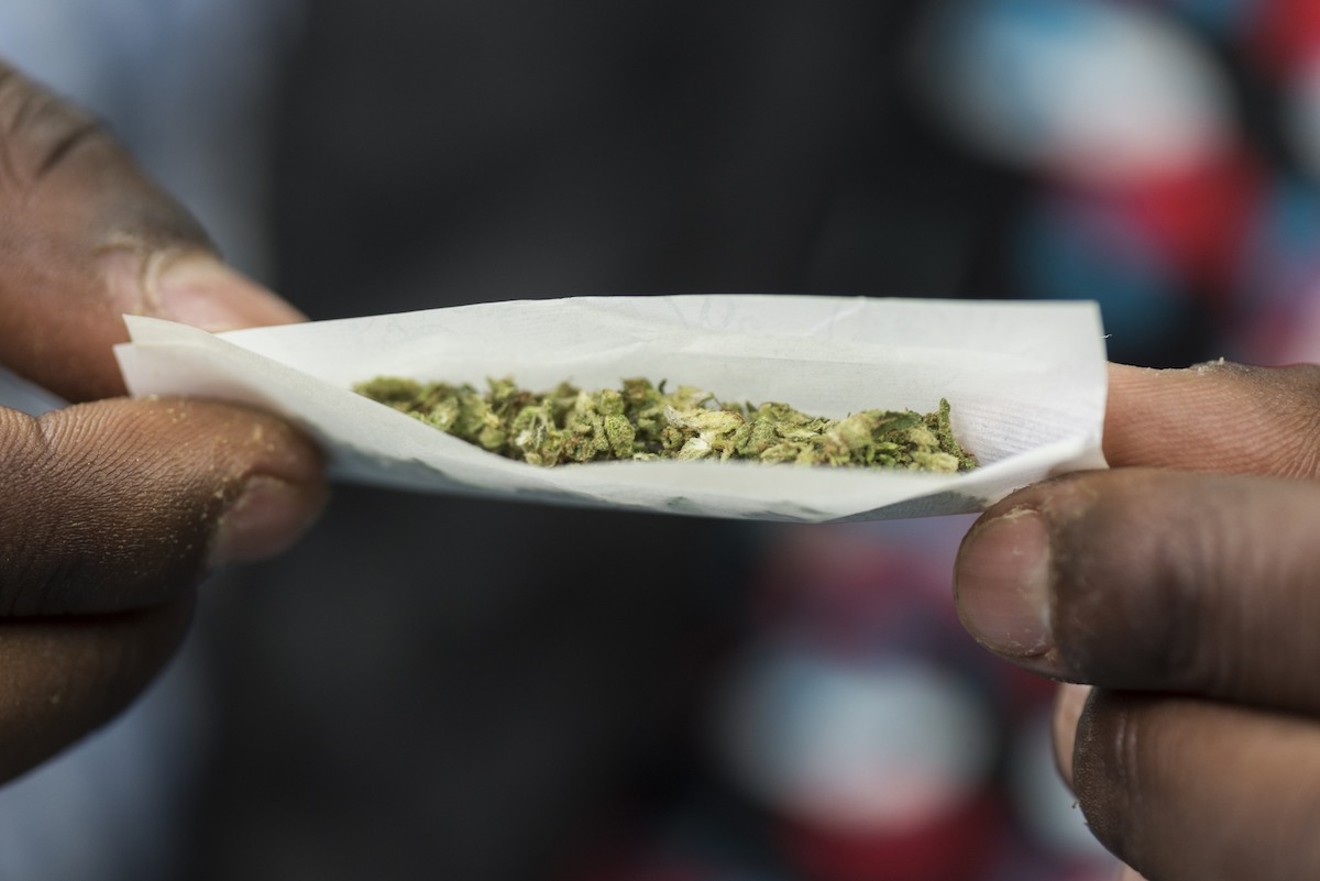 Under the new bill, a person caught with 20 grams or less of weed would be charged with a noncriminal violation. Photo by Ben Harding / iStock.com
As Floridians continue to ponder the idea of a not-so-distant future in which weed is legal, Democratic state Rep. Shevrin Jones has moved for more sudden action. Yesterday he introduced a bill that would decriminalize possession of certain quantities of marijuana in Florida.

Under the new bill, which was put forward for the coming 2020 legislative session, a person caught with 20 grams or less of weed would be charged with a noncriminal violation rather than a misdemeanor, which is the current punishment for possession under Florida statutes. Jones says the bill, which was modeled after similar legislation in New York and Ohio, is necessary to address the disproportionate impact that marijuana laws have had on communities of color, which are far likelier to be charged with possession than whites.

"When we look at those individuals who are being arrested for marijuana possession, well, they look like me," Jones, who is black, tells New Times. "We have to, as a state, look at the equity within our justice system. Some are jailed while others are given a slap on the wrist for the same crime. There should be parity here."


Happy to introduce my first bill of the 2020 legislative session! Making our communities equitable and safer starts with ensuring that people have a fair shot. Floridians need reform of cannabis laws, and we will make sure we end the injustice of overcriminalization. #WEthePEOPLE pic.twitter.com/0L79ENpRhH

The bill would go beyond decriminalization efforts in localities such as Miami-Dade County, where police have been able to issue tickets in lieu of arresting people for weed possession since 2015. The optional nature of the civil citation program has allowed Miami-area police to continue arresting individuals at even higher levels than they did before county commissioners passed the ticket ordinance. Of the 10,078 citations local police handed out between July 1, 2015, and July 1, 2018, more than 70 percent were issued to white people.

Jones' bill arrives at a time when many Floridians are speaking out in favor of not only decriminalization but also legalization. Last month, the marijuana advocacy group Regulate Florida announced that its petition for recreational marijuana use had garnered enough verified signatures to go before the Florida Supreme Court — the first step in a long and winding road to put the measure on a ballot. Around the same time, a new poll by Quinnipiac University showed that more than 60 percent of Florida voters were in favor of "allowing adults to legally possess small amounts of marijuana for personal use."


But despite support for legal weed reaching all-time highs, Republican Gov. Ron DeSantis has made it clear he won't sign off on any legalization bill while he's in office.

"I mean, look, when that is introduced with teenagers and young people, I think it has a really detrimental effect to their well-being and their maturity," DeSantis told the Capitol News Service.

Jones says he hasn't heard from other legislators about his bill yet, but he is hopeful House Republicans will look at it as a means to achieve criminal justice reform rather than something that encourages marijuana use.

"The pitch is criminal justice reform. Our state is not in a place to move forward with recreational marijuana right now. I know what the polls show, but I don't think Florida is in a place to do that," Jones says. "I know we're not New York and not Ohio, but I still think we can get this to a place where we all like it, get to a place where Florida can be known as a state where people are given second chances."

Under Jones' bill, the maximum fine for getting caught with weed would drop from $1,000 to $500. If it passes, the bill would go into effect in July 2020, making Florida the 27th state to decriminalize marijuana.
KEEP NEW TIMES BROWARD-PALM BEACH FREE... Since we started New Times Broward-Palm Beach, it has been defined as the free, independent voice of South Florida, and we'd like to keep it that way. With local media under siege, it's more important than ever for us to rally support behind funding our local journalism. You can help by participating in our "I Support" program, allowing us to keep offering readers access to our incisive coverage of local news, food and culture with no paywalls.
Make a one-time donation today for as little as $1.