Publix Heirs Are Maxing Out Donations to Donald Trump's 2020 Campaign 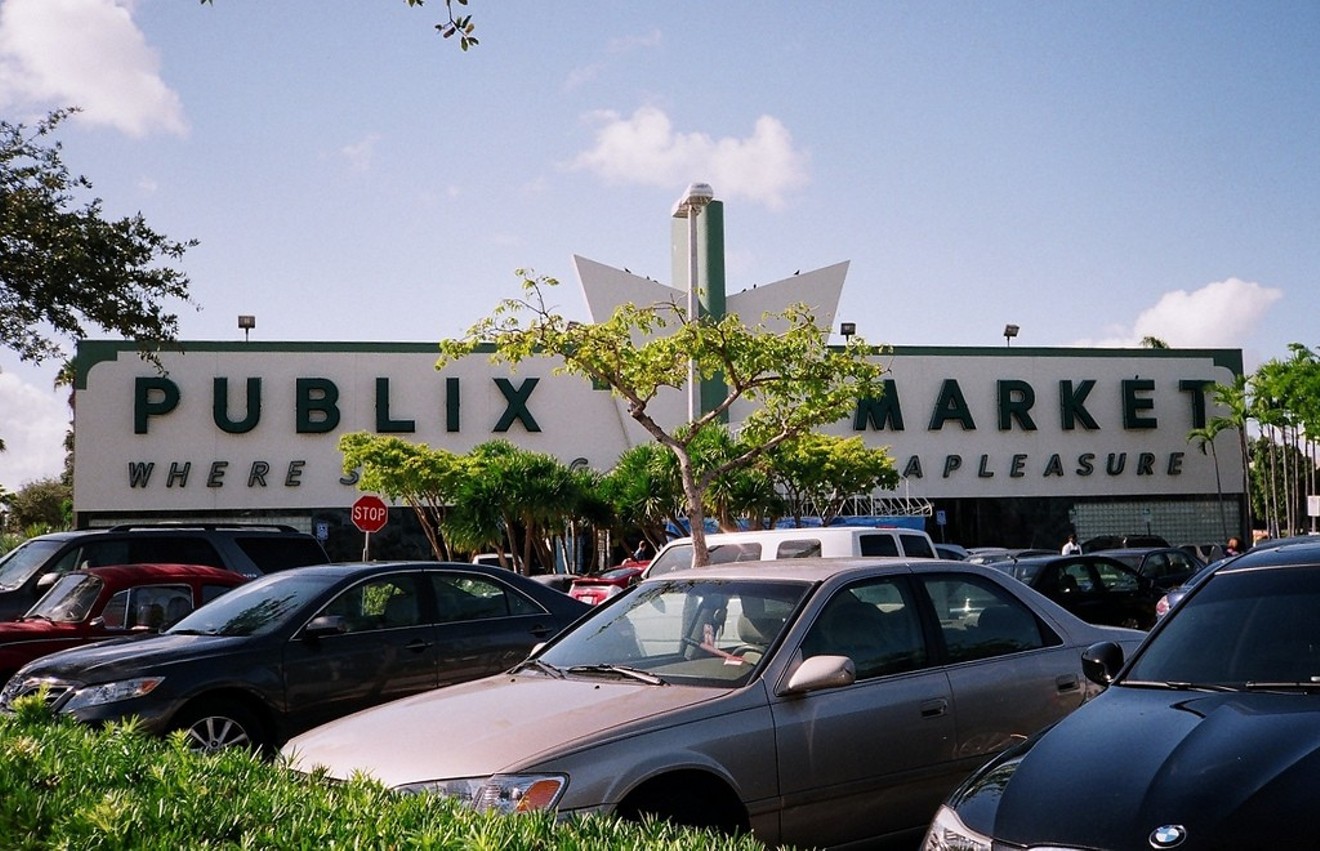 Heirs of Publix Super Markets founder George Jenkins have sent in max federal donations to Trump's 2020 campaign. Photo by Phillip Pessar / Flickr
Progressives, critics, and basically all people with moral backbones and souls this week are furious at Stephen Ross — the multibillionaire owner of the Miami Dolphins and the gym chains Equinox and SoulCycle, as well as an investor in many other ventures — for quietly planning to host a fundraiser for Donald Trump's 2020 reelection campaign. After Dolphins receiver and civil rights activist Kenny Stills called out Ross for his garbage politics, critics have been urging people to boycott Ross' companies.

But heirs to a prominent Florida corporation have, so far, escaped the same scrutiny. According to a review of Federal Election Commission (FEC) records, multiple heirs of Publix Super Markets founder George Jenkins have sent max federal donations to Trump's 2020 campaign in the past few months.

According to FEC records, three of Jenkins' heirs, who sit on the board of the nonprofit George Jenkins Foundation, have funneled max contributions to Trump this year: Jenkins' daughter Julia Jenkins Fancelli and his grandchildren Gregory Fancelli and Leslie Fancelli Sonatori.

Barely a week later, their mother got in on the action: March 5, Julia Jenkins Fancelli dumped $2,800 into Trump's primary and general election accounts and then $5,600 into the Trump Victory PAC. (New Times was not able to reach the Fancellis for comment. Julia Jenkins Fancelli did not answer multiple phone calls last evening to numbers listed under her name.)

According to a Lakeland Ledger story from November 2018, Julia Jenkins Fancelli grew up in Lakeland, Florida, and met her husband Mauro while on a study-abroad year in Florence, Italy, while she was a University of Florida student. Their son Gregory Fancelli, meanwhile, is a ponytailed businessman who "restores historic bungalows throughout the central Lakeland area," according to the Ledger. In 2015, Forbes said the Jenkins family was worth $6.8 billion, making it the 43rd richest family in America at the time.

The three heirs together run the George Jenkins Foundation — a nonprofit separate from Publix Charities, the official philanthropic arm of the supermarket chain. According to online records, the George Jenkins Foundation was formerly called the Fancelli Foundation. (The name of the charity was changed in 2016.) The foundation has mostly given to a spate of Christian and otherwise religious nonprofits, including donations to Catholic Charities, the Salvation Army, and tons of local charities in and around Lakeland.

A Publix spokesperson did not immediately respond to a message from New Times yesterday, but it does not appear the Fancelli family is directly involved in day-to-day Publix operations. But that was not always the case: For decades, Publix Super Markets routinely purchased food from Alma Food Imports Inc., which Julia Jenkins Fancelli appears to have owned for decades. In 1996, the South Florida Sun Sentinel noted Publix was forced to disclose to the government that it was funneling a lot of money to companies owned by or connected with Jenkins family members — including, at the time, $1.7 million to Alma Foods.

Fast-forward about two decades, and the company was still purchasing from Alma. Securities and Exchange Commission (SEC) filings from 2017 and 2018 show Publix was still buying products from Alma until Fancelli exited the company in August of that year.

"From January through April 2017, the Company purchased approximately $245,000 of food products from Alma Food Imports, Inc., a company owned by Julia Jenkins Fancelli," a 2018 SEC proxy statement reads. "Subsequent to April 2017, Julia Jenkins Fancelli has no ownership of Alma Food Imports, Inc. The Corporate Governance Committee determined that the terms of the foregoing transactions are not less favorable than terms that could have been obtained from unaffiliated third parties."

This is far from the first time someone connected to the Jenkins family has been called out for unsavory political donations. In 2016, Julia Jenkins Fancelli's sister Carol Jenkins Barnett donated $800,000 to a conservative-led campaign fighting to keep medical marijuana illegal in Florida. Critics noted that Publix is one of the largest pharmacy operators in the South and that medical marijuana's legalization would likely lead doctors to prescribe fewer opiate painkillers or other pharmaceuticals that Publix sells.

Publix has also come under fire for refusing to sign a labor-protection pact to help its own farmworkers; for repeated complaints that the company's stores are not amenable to LGBTQ workers; and after many top Publix employees donated to 2018 gubernatorial candidate Adam Putnam, who at one point declared himself a "proud NRA sellout." After the mass shooting in Parkland in 2018, survivor David Hogg led a series of "die-ins" at Publix stores to protest the company's donation record.
KEEP NEW TIMES BROWARD-PALM BEACH FREE... Since we started New Times Broward-Palm Beach, it has been defined as the free, independent voice of South Florida, and we'd like to keep it that way. With local media under siege, it's more important than ever for us to rally support behind funding our local journalism. You can help by participating in our "I Support" program, allowing us to keep offering readers access to our incisive coverage of local news, food and culture with no paywalls.
Make a one-time donation today for as little as $1.