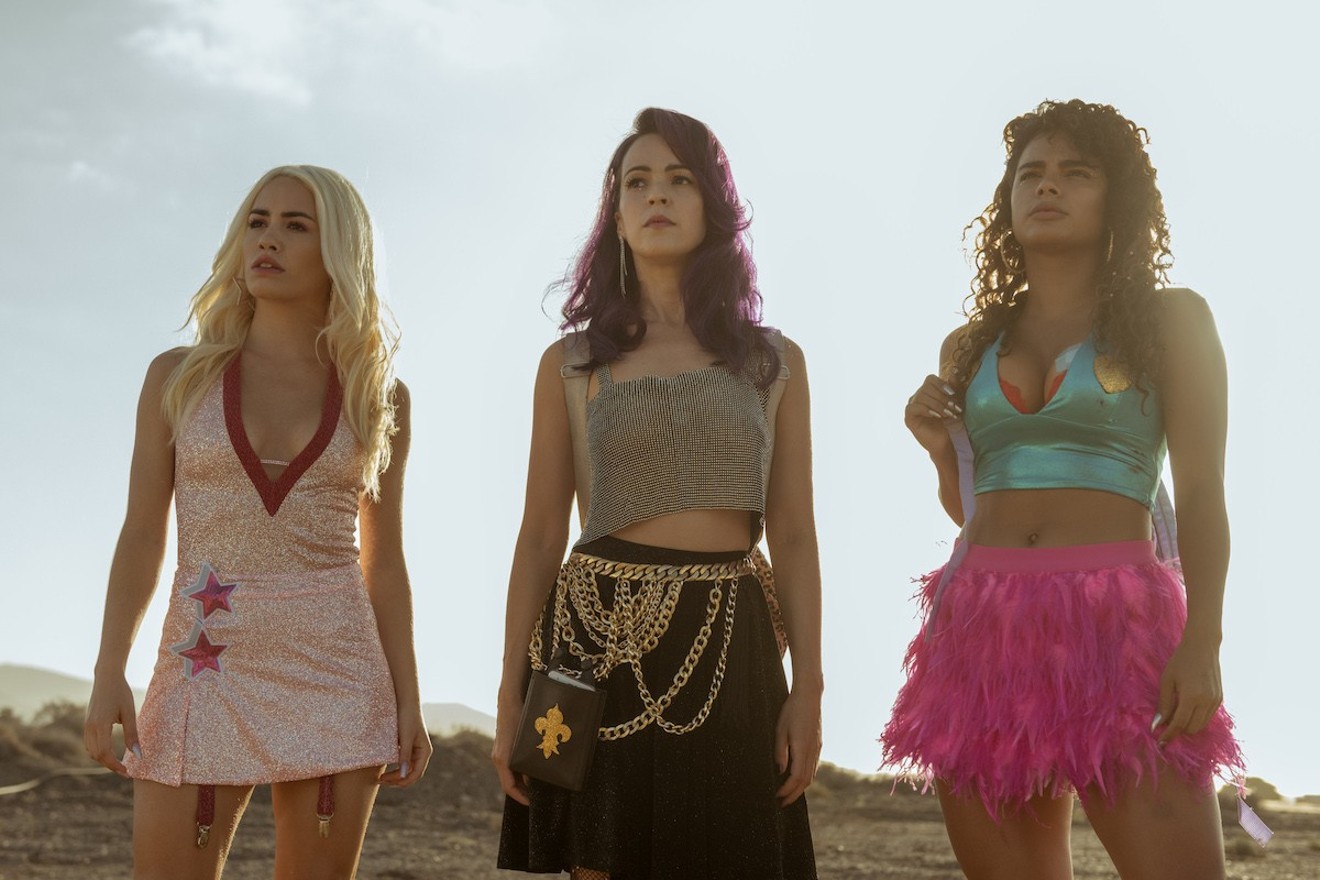 Photo by Tamara Arranz/Netflix
If you caught the trailer for Sky Rojo, you'd be excused for anticipating a kinetic cross-pollination of the campy sexploitation of Russ Meyer’s Faster, Pussycat! Kill! Kill! and the cross-country tale of female revenge of Thelma and Louise. You would also be gravely disappointed by this turgid and soulless tale of three prostitutes on the run coming to Netflix on March 19. In expanding its Spanish-language offerings, Netflix has Álex Pina, creator of the very popular La casa de papel (Money Heist) and the English-language White Lines, team up with Esther Martínez Lobato for the female-led Sky Rojo.

The pedigree is important here as Netflix and other streamers invest heavily in showrunner brands, from Ryan Murphy to Shonda Rhimes. Can these creators churn out quality programming consistently in a never-ending, all-consuming, and binge-driven media landscape? It’s a nagging question that haunts Sky Rojo, as you wonder how such an ill-conceived show would make it out of development in its current state.

Critics were only offered the first four episodes of the eight-episode series, but short of another complete lockdown, many won’t finish the series on their own time, let alone the greenlit second season. The series follows three sex workers, Coral, Gina, and Wendy, who escape their brothel after a violent altercation with their pimp. The women are pursued relentlessly by two henchmen, brothers Moisés and Christian.

Each woman is given — at best undeveloped and worst nonsensical — backstory. Coral, played by Verónica Sánchez, is a former biologist who has chosen a new career path but now has an addiction to drugs. Gina, played by Yany Prado, is an Afro-Cuban woman who was sex-trafficked to the club under the guise of accepting a waitressing job to provide for her young child and ailing mother. Wendy, played by Lali Espósito, arrived from Argentina and sacrificed herself to protect her girlfriend from having to work at the brothel, although those machinations made little to no sense. It isn't easy to provide much more information about these characters because the show seems to have little interest in character development or motivation. This becomes a huge hindrance as you're supposed to relate to and be concerned for these central women as they try to escape danger.

This is not to blame the actresses but rather the overall narrative development of the series.

In fact, as Wendy explains her origin story, Espósito's performance is mesmerizing and affecting, but what she’s saying makes little sense logically. For whatever reason, Sky Rojo doesn’t allow itself the time to develop its characters, which is a bit of a paradox. Each episode is a short 20-something minutes packed to the brim with action and plot points. The show never takes a breath.

However, Sky Rojo is not exhilarating action — it’s exhausting hollowness. Twists and turns pile onto one another with no sense of impact or emotional resonance, and it’s not amusing either. It’s a show you have to binge-watch, but not out of wanting to see what happens next. You feel compelled to binge watch in the foolish hope that it will create some sense of cohesion. 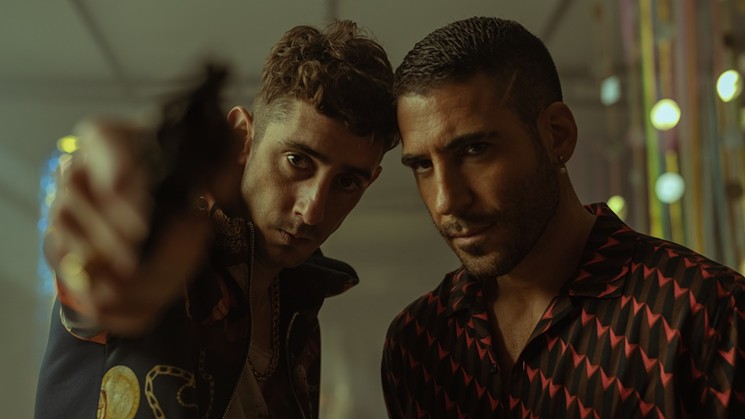 Photo by Tamara Arranz/Netflix
Sky Rojo also has nothing new or interesting to say about its provocative subject matter. It oscillates between a sense of empowerment and degradation associated with sex work. While both could certainly be valid experiences, neither is explored in any depth. Likewise, as the women strive to get their freedom, there is an absence of female empowerment. There is some talk of friendship and female bonding, but again with such underdeveloped characters, it all feels incredibly empty.

Furthermore, the show's use of sex — particularly sexual violence — often feels gratuitous because it never really connects with the characters or the stories. In a similar vein, the portrayal of Coral’s drug problem is so obtuse and heavy-handed it is difficult to tell if it is intended to be serious or comedic. In the end, the narrative feels like the first draft of a listless series of events and flashbacks devoid of any character motivation with provocative topics that fail to engage or shock.

Outside of the script, the production also fails in many ways. Editing and music are employed in a last-ditch effort to create some sense of suspense in this ladies-on-the-lam series. Sky Rojo has an over-reliance on voice-over narration to give the narrative any sense or shape.

You can tell that the production value was high, Netflix and the showrunners did not spare any expense, but the sleek and glossy finish only highlights the emptiness of the story. This is probably best seen in the brothel itself, which is returned to throughout in flashbacks. It is built as a neon-drenched sexual candy land of male fantasies but has no life to it. A better example can be found in Bertrand Bonello’s film House of Pleasures, set in a turn-of-the-century bordello in Paris, where the setting is brought to life as a character. Like most of Sky Rojo, the set design is nice to look at but little else. The setting is just surface.

In agreeing to review this series, critics were also sent a list of six spoilers not to reveal. None have been revealed, but one would question if they are even spoilers. There is little to no suspense or surprise to Sky Rojo; there is just information revealed until the next twist or turn. The idea of spoiler assumes the audience is invested in what happens next.

Instead of wondering what the second half of the season will bring, I found myself pondering when the streaming platforms’ content race incentivizing quantity over quality will finally crash and burn.

Sky Rojo. Premieres Friday, March 19, on Netflix.
KEEP NEW TIMES BROWARD-PALM BEACH FREE... Since we started New Times Broward-Palm Beach, it has been defined as the free, independent voice of South Florida, and we'd like to keep it that way. With local media under siege, it's more important than ever for us to rally support behind funding our local journalism. You can help by participating in our "I Support" program, allowing us to keep offering readers access to our incisive coverage of local news, food and culture with no paywalls.
Make a one-time donation today for as little as $1.