Photo by James Argyropoulos
Florida is really, really good at blasting air conditioning to near-sub-zero temperatures. But when the middle of summer hits, there's way more to do than just hide away in our freezing homes. Whether you're in the mood to game, nosh, catch a flick, or lounge poolside, there are plenty of ways to get off the couch and into the world without bathing in sweat.

Need a refresher? Here are ten ways to keep cool in Broward and Palm Beach counties.

10 S. New River Dr. W., Fort Lauderdale
786-453-9444
fortlauderdaletiki.com
Nothing beats the heat quite like a day out on the water, especially in Fort Lauderdale. Rent out one of Cruisin' Tiki's adorable floating island huts and bob your way up and down Fort Lauderdale’s picturesque New River, stopping off for lunch and drinks at different bars along the way. If you're partying with a larger group, cruise caravan style with a second or third hut. You'll launch from the Historic Downtowner bar and the cruise will last anywhere from two to four hours, so don't forget to pack a cooler to bring aboard your petite, private tiki bar on the water. Courtesy of the Dalmar

299 N. Federal Hwy., Fort Lauderdale
954-945-9500
thedalmar.com
Nestled in the trendy, bohemian Victoria Park neighborhood, the Dalmar is Fort Lauderdale's hippest new downtown hotel for those seeking an Instagram-worthy escape. Even though it’s a few miles from the ocean, it's still walking distance from the area's many coffee shops, cocktail bars, beer gardens, and breweries. Daycation at the salt water pool and private cabanas, which are reserved for hotel guests only. If you'd rather not drop the cash for a room, enjoy the ambiance at one of the hotel's five restaurants. Might we suggest The Terrace Grill, a lush and shaded outdoor grill on the ground floor? Or take in 360-degree views from Sparrow, the hotel's crowned jewel on the top floor, with cocktails by New York's legendary Death & Company.

6909, 1401 Clare Ave., West Palm Beach
561-323-4103
grandviewpublic.com
Food halls are still trending as both city and suburban dwelling folks continue to demand more walkable destinations in community-focused, creative spaces. As West Palm Beach's first multi-vendor market, Grandview Public Market has answered the call, offering shoppers the ability to pick up fresh-roasted coffee, slurp a bowl of ramen, browse handcrafted wares, and shop for local produce, all without leaving the same 14,000-square-foot center. Grandview also boasts the Loading Dock (outdoors) and the Living Room (indoors) areas with free, high-speed Wi-Fi, where guests can hang out, drink, work, and socialize. A bit further south, locals will have another food hall option with the opening of Delray City Market, slated to open in the fall of 2020 and poised to become Florida's largest both in square footage and number of vendors.

11690 W. State Rd. 84, Davie
954-280-4359
iflyworld.com/fort-lauderdale
It's probably not the first idea to pop into your head on a hot day, but who doesn't want to fly? After meeting with an instructor and strapping into some cool head-to-toe gear (safety first!), you'll enter the flight chamber and prepare for lift-off. As the super powerful wind tunnel blasts you up into the air, you'll likely forget about the stifling humidity outside.

Various locations
ipic.com
iPic basically pioneered the luxury theater concept in South Florida. The movie theater chain has since exploded across the country, with several copycats doing their best to recapture some of the lost magic (and sales) of a night out at the movies. With the opening of iPic Delray Beach earlier this year, iPic brought the city its first new cinema complex in 40 years, and they spared no expense. In addition to the pod seating and other high-end amenities we've come to expect, they also commissioned murals by local artists, auditoriums for live music and comedy shows, and even unlimited complimentary popcorn, blankets, and pillows on-demand. When it's too hot to go outside, but you just really need to get out of the house, a good ol' movie —in a spanking new, elevated space — is always a great option.
click to enlarge

Museum of Discovery and Science

401 SW Second St., Fort Lauderdale
954-713-0930
mods.org
Channel your inner kid at the always fun and cool Museum of Discovery and Science in Fort Lauderdale. Pop into the current traveling exhibit, "Hall of Heroes," which immerses guests into the world of superheroes, gadgets, and spies. Go for a simulated ride on the Everglades Airboat Adventure. End your stay with a massive-scale movie at the IMAX theater, among the most state-of-the-art screens in the world. 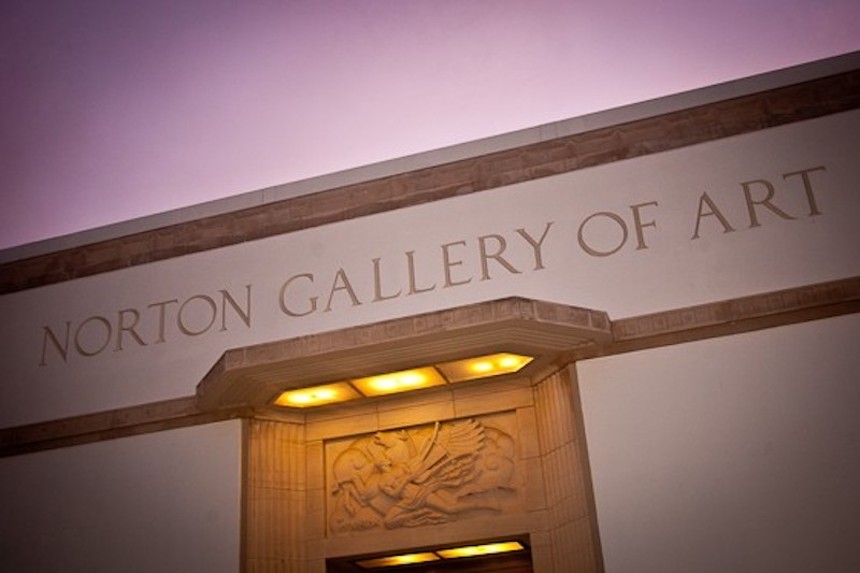 1451 S. Olive Ave., West Palm Beach
561-832-5196
norton.org
One thing about art is that it thrives best in very specific, climate-controlled environments, which is why it's the perfect place to visit when you're in need of a cool, dry respite complete with stunning views. The massive 122,500-square-foot museum's permanent collection alone is home to more than 7,000 works of art and includes five sections — American, Chinese, contemporary, and European art, along with photography. On view this summer are a thought-provoking exhibit of 19th-century celebrity photography and the bright neon paintings of American artist Nina Chanel Abney, among others. 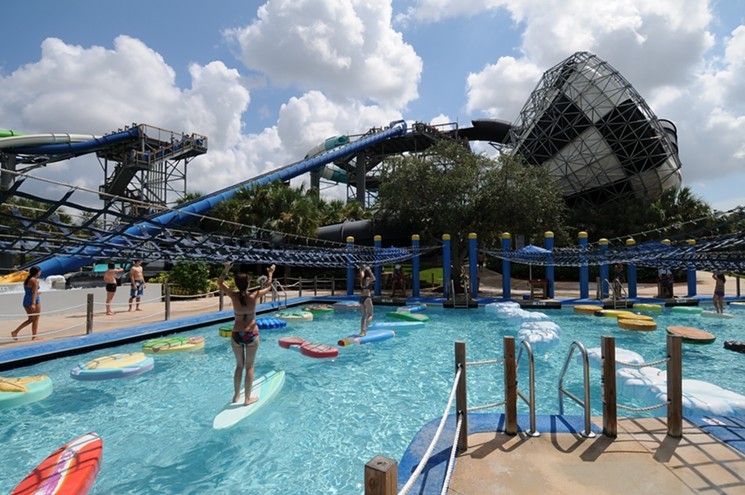 A side view of Black Thunder.
Photo courtesy of Rapids Water Park.

6566 N. Military Trail, Riviera Beach
561-848-6272
rapidswaterpark.com
It's a bit of a no-brainer, but even full-fledged adults can enjoy cooling down at the 30-plus-acre Rapids Water Park, the region's largest with 35 slides, a quarter-mile lazy river, and a wave pool. Looking to roll with the big kids? A 10-foot by 10-foot Big Surf Cabana will set you back $139 Monday through Friday and $169 Saturday, Sunday, and holidays, giving you the VIP experience with your own personal TV, sever, and other amenities.

503 SE Sixth St., Fort Lauderdale
954-525-3456
fliff.com
Formerly Cinema Paradiso, this historic Art Deco theater was constructed as a church in the 1940s after the original building was blown away by the monster hurricane of 1926. Today, it's home to local gems like the Fort Lauderdale International Film Festival and Popcorn Frights Film Festival, offering lots of plush velvet seats, one big screen, and programs for kids. As an added bonus, the theater also sells beer and wine at the refreshment stand. 5300 Powerline Rd., Fort Lauderdale
954-491-6265
xtremeactionpark.com
As the largest indoor entertainment complex in Florida, Xtreme Action Park boasts over 200,000 square feet of attractions and event spaces including bowling, arcade games, roller skating, a ropes course, trampoline park, laser tag, and virtual reality escape rooms. It also offers the only indoor, gas-powered go-kart track in South Florida. When you're ready to refuel, take your pick from the onsite restaurant, a Hershey’s Ice Cream Shake Shoppe, or the full liquor Pit Bar, where you can also catch up on any live sports games.
KEEP NEW TIMES BROWARD-PALM BEACH FREE... Since we started New Times Broward-Palm Beach, it has been defined as the free, independent voice of South Florida, and we'd like to keep it that way. With local media under siege, it's more important than ever for us to rally support behind funding our local journalism. You can help by participating in our "I Support" program, allowing us to keep offering readers access to our incisive coverage of local news, food and culture with no paywalls.
Make a one-time donation today for as little as $1.

Falyn Freyman is a freelance multimedia journalist based in Miami. She previously produced videos for Univision and edited music content for New Times Broward-Palm Beach. Her work has been featured in Vice, Bustle, Broadly, Time Out, and other publications. She has a master's degree from the Columbia School of Journalism.
Contact: Falyn Freyman
Follow:
Twitter: @falynrose