Dachshund Rescuers Take Their Wieners Out for Wienerfest 2019 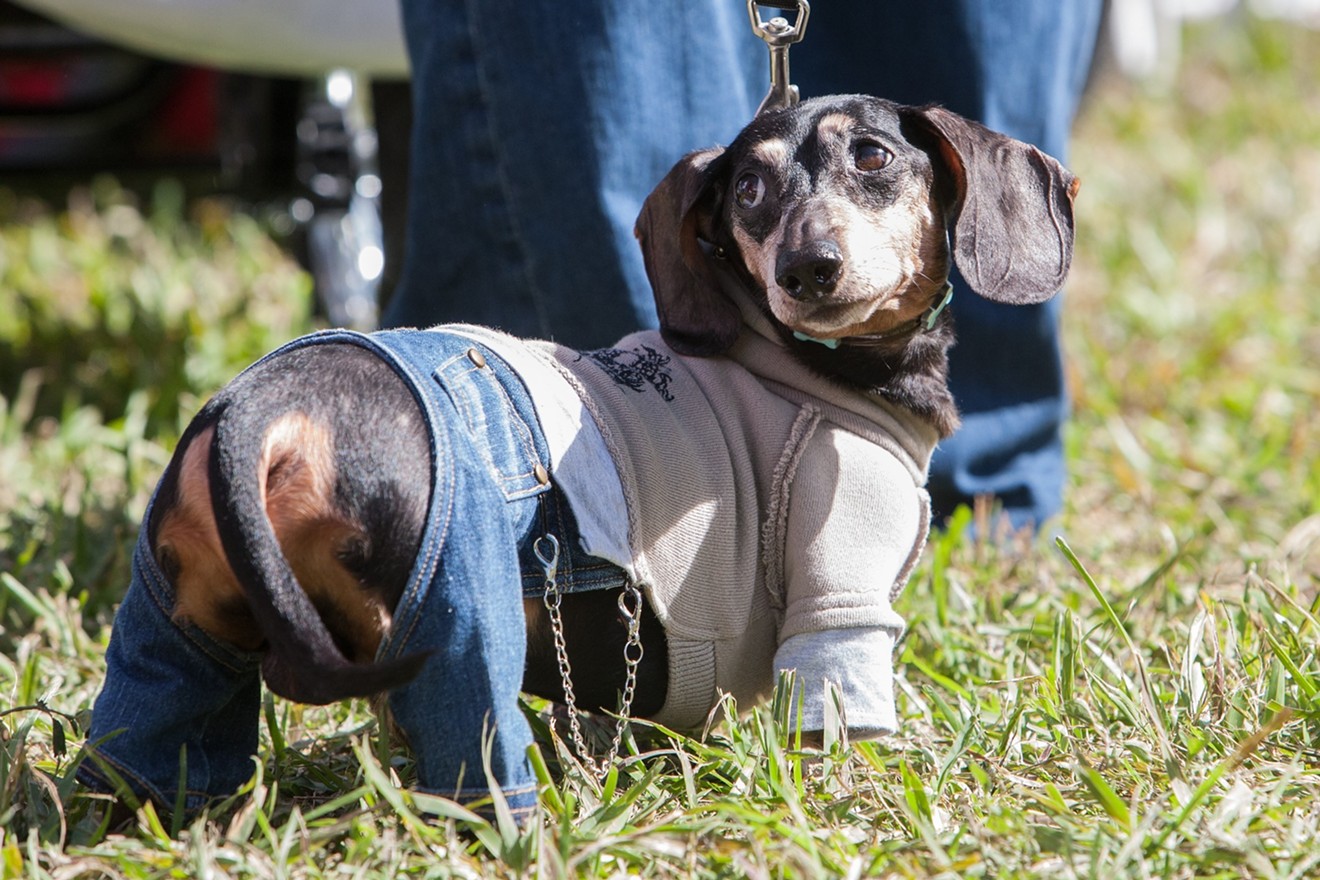 Dachshunds are due to descend on T.Y. Park. Photo by Monica McGivern
Pamela Weiner, president of Dachshund Rescue South Florida, makes it clear her last name is merely a coincidence.

“It’s Weiner,” she says unbothered, as if she’s had to clarify this fact a hundred times already and she’s ready to do it a hundred more times. “It’s kind of funny 'cause it looks like "wiener" — wiener dogs, yeah.”

She’s getting ready for Wienerfest 2019, her organization's annual gathering of dachshunds in South Florida. The event will feature local vendors selling doggy merchandise, as well as food trucks. There will also be dachshund races, although other small breeds are welcome to compete.

“Obviously, we wouldn’t let a great dane be in the race against a Chihuahua,” Weiner says. “But it opens it up a little bit so there are options for people that don’t have purebred dachshunds.” 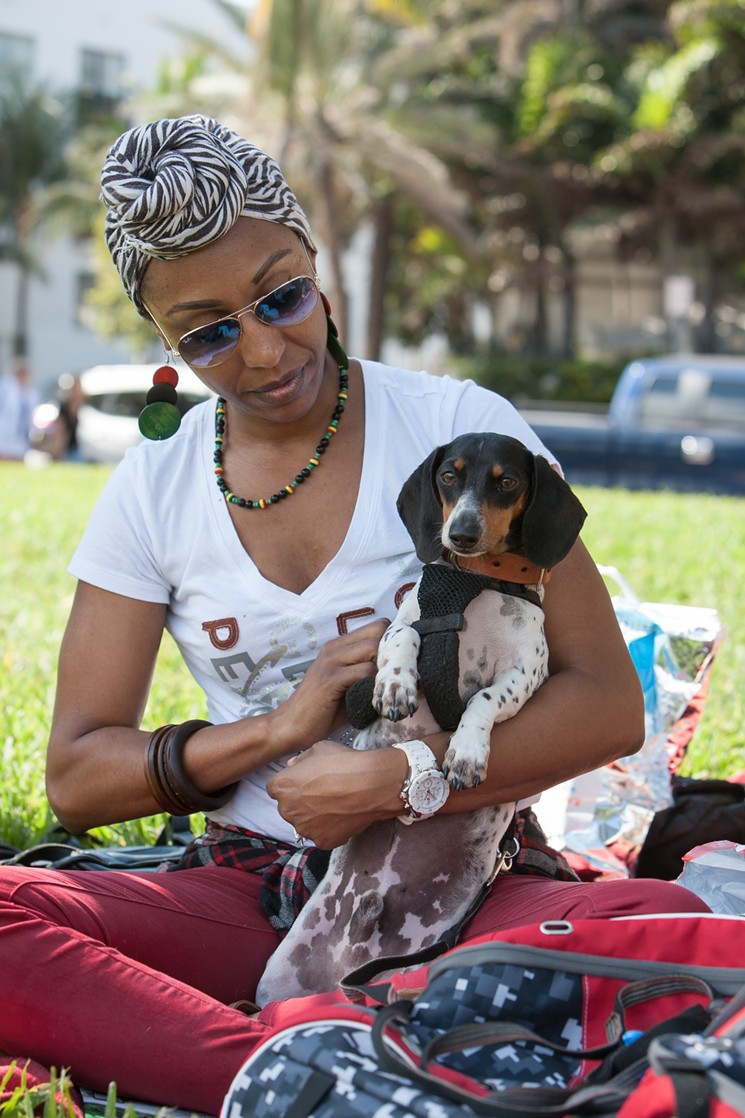 Monica McGivern
Wienerfest is sponsored by Dachshund Rescue South Florida, which operates about 60 foster homes for dachshunds from West Palm Beach to Miami. The focus on dachshunds, or small breeds in general, points to an issue affecting South Florida.

“Small dogs get bred a lot,” Weiner says. “It can be good money, and there’s not a lot of regulation, so people overbreed these dogs.”

Unfortunately, the dogs don’t always turn a profit for breeders, so many of the pups end up either in shelters or on the streets.

The event will give DRSF a chance to find homes for some of these unlucky dogs, but the organization’s adoption process is more complex than those of other rescues.

“It’s not like other adoption events where you show up and there’s a bunch of dogs in a kennel; you go, ‘Oh my God, I love that one’; and then you take it home,” says Jennifer S. Hessley, treasurer of DRSF. “People put in their application, and they go into the screening process.” 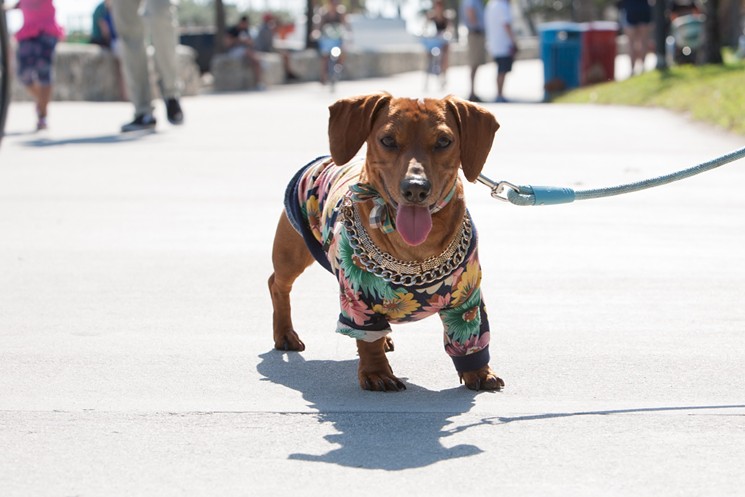 All photos by Monica McGivern.
DRSF doesn’t want attendees to expect to leave Wienerfest with a new, furry friend — but attending the event could lead to it.

“Some people fill out applications after they meet a dog at an event because obviously it’s easier to fall in love with a dog in person than it is from a picture on a website,” Weiner says of their lengthy adoption process. “I feel once they’re a dachshund-rescued [DRSF] dog that it’s my responsibility to make sure these dogs don’t go through something like this again.”

In addition to finding homes for some of the dogs as well as raising money for the organization, DRSF wants Wienerfest to be a learning experience for all who attend.

Finally, the organization welcomes all breeds of dogs to attend Wienerfest.

Weinerfest 2019. 10 a.m. to 2 p.m. Saturday, January 26, at T.Y. Park, 3300 N. Park Rd., Hollywood; dachshundrescuesouthflorida.com. Admission to Weinerfest is free; park entry costs $1.50 per person.
KEEP NEW TIMES BROWARD-PALM BEACH FREE... Since we started New Times Broward-Palm Beach, it has been defined as the free, independent voice of South Florida, and we'd like to keep it that way. With local media under siege, it's more important than ever for us to rally support behind funding our local journalism. You can help by participating in our "I Support" program, allowing us to keep offering readers access to our incisive coverage of local news, food and culture with no paywalls.
Make a one-time donation today for as little as $1.