Just weeks away from the grand opening of its $1.5 billion expansion, which includes the already iconic guitar-shaped hotel slashing the skies over Hollywood, Seminole Hard Rock revealed details about the new Daer South Florida. The indoor-outdoor complex spans 44,000 square feet, with a nightclub, a rooftop hangout, and a poolside day club, which also features two dipping pools.

Daer's nightclub is roughly 18,800 square feet and will feature state-of-the-art everything — lighting, sound system, and even a massive, folding glass window will quickly turn the club into an indoor-outdoor space. 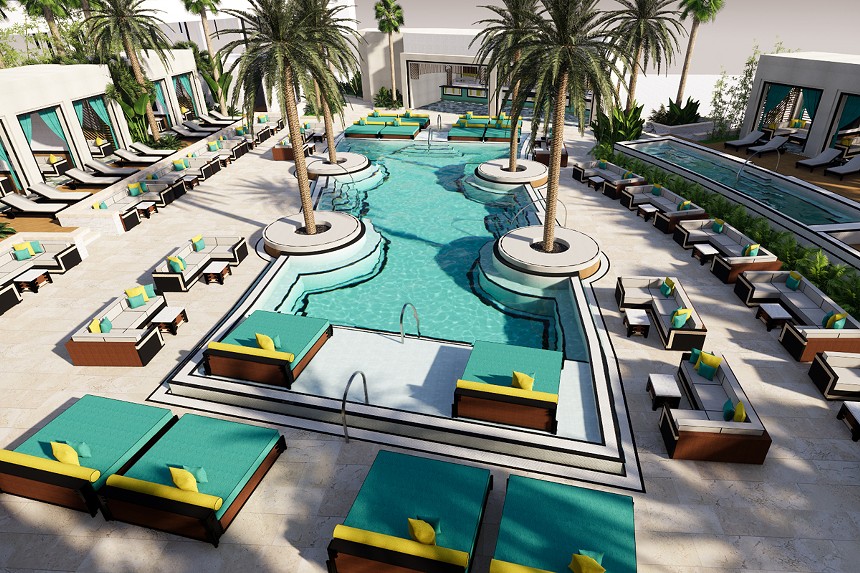 Beginning Monday at midnight until 9:45 p.m. Saturday, September 21, visitors to the Seminole Hard Rock Casino can earn one entry to the giveaway for every comp dollar earned playing slots or $1,000 bet on tables. Six finalists will be announced for each car — the winner gets a 2019 Mercedes-Benz E-Class and the other five finalists will win $2,500 in free play at the casino.

This and other promotions are just part of the action ahead of Seminole Hard Rock Hollywood’s grand opening. The hotel will open to guests October 24. The new Hard Rock Live entertainment venue opens October 25 with concert headliners Maroon Five.

This week, from today through Friday, the resort is hosting a job fair. Hard Rock officials say they are looking to hire hundreds of full-time and part-time employees to assist with production, food and beverage, nightlife, security, and other jobs.
KEEP NEW TIMES BROWARD-PALM BEACH FREE... Since we started New Times Broward-Palm Beach, it has been defined as the free, independent voice of South Florida, and we'd like to keep it that way. With local media under siege, it's more important than ever for us to rally support behind funding our local journalism. You can help by participating in our "I Support" program, allowing us to keep offering readers access to our incisive coverage of local news, food and culture with no paywalls.
Make a one-time donation today for as little as $1.