So You're Saying There's (Still) a Chance: Dolphins Playoff Chances Dwindle After 26-20 Loss 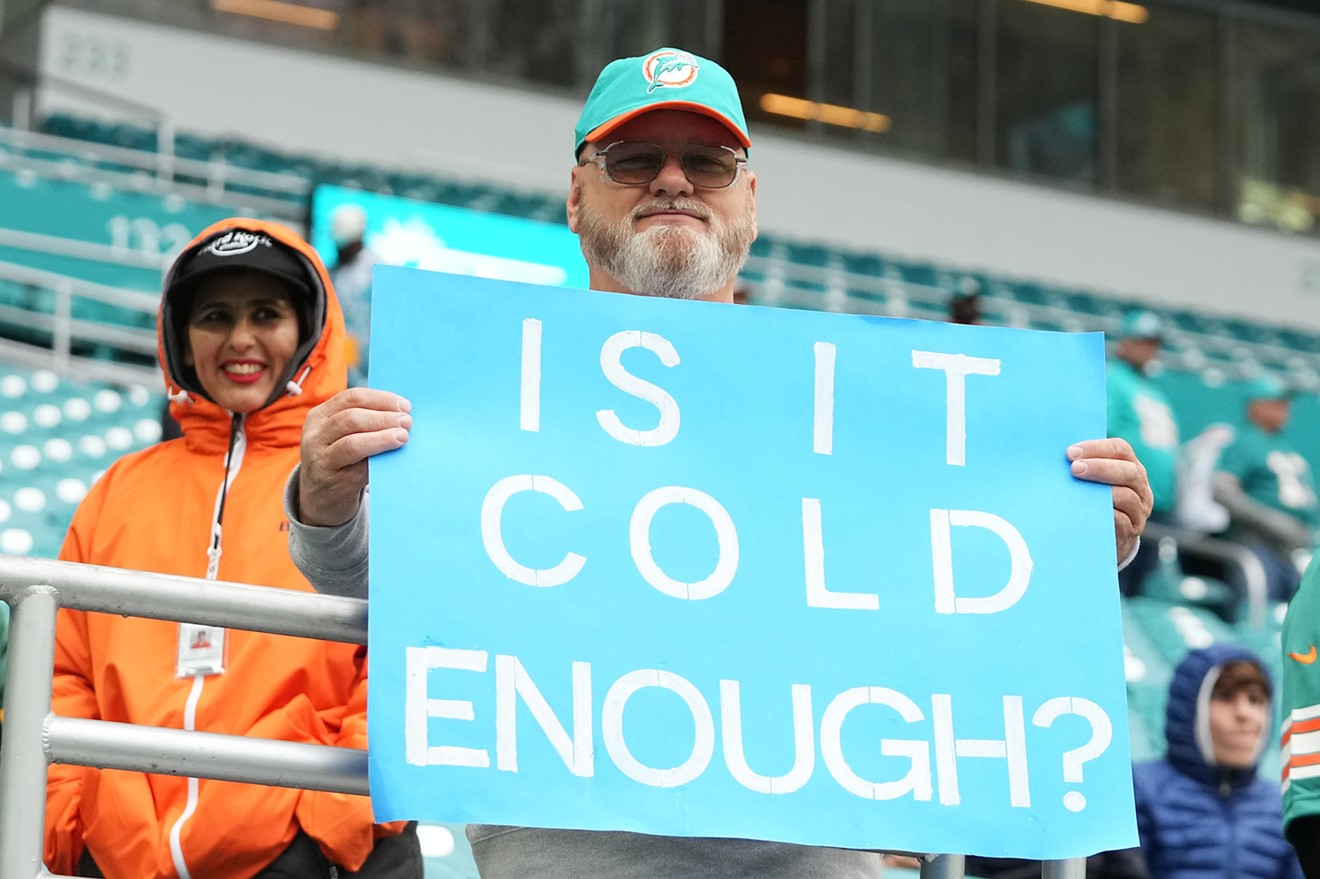 The only thing colder than the weather at Hard Rock Stadium on Christmas Day was the Miami Dolphins. Photo by Eric Espada/Getty Images
Prior to this past weekend's slate of games, things were looking up when it came to the Miami Dolphins' chances of making only their third postseason appearance since 2001. Miami had a 76 percent chance of making the playoffs heading into Week 16, and as things unfolded, those odds shot up to 83 percent thanks to losses by the New England Patriots, New York Jets, Cleveland Browns, and Tennessee Titans.

Sadly, not so fast. Dolphins fans have seen this movie many times before.

Having experienced our fair share of colossal late-season disappointments, Dolphins fans have long understood a good chance of making the playoffs is never good enough. Not in any year, but especially in the midst of an 0-3 December losing skid heading into a Christmas afternoon matchup against Aaron Rodgers and the Green Bay Packers.

As it turns out, the prospects, and the Dolphins' playoff chances, indeed took a predictably precipitous nosedive on Sunday once the Dolphins had a say in their own destiny, which added up to a 26-20 defeat at the hands of the Packers.

Throws a pick right away with a chance to win it, 3rd INT in a row for Tua in the 4th quarter.

Is he really the answer long-term for Miami? pic.twitter.com/9TETsNeoiT

Three Tua Tagovailoa fourth-quarter interceptions — the last of which was as brutal as they come — and overall uninspired performance added up to a Dolphins loss that dropped the team's chances of making the playoffs down to 66 percent.

Remarkably (if you're a Phins fan), the team is still in the driver's seat heading into the final two weeks of the season, but the situation is light years away from the 92 percent bet they would have been with a win over Green Bay.

After a hot start on Sunday that featured nearly 250 yards on his first nine completions, including an 84-yard touchdown pass to Jaylen Waddle, Tua and the Dolphins' offense imploded in the second half against the Packers, unable to capitalize on a rare good showing by the team's defense.

From the top seed in the AFC a few weeks ago to clinging to a final playoff spot entering the final weeks of the season. Ah, yes — it's definitely beginning to feel a lot like Christmas at Hard Rock Stadium.


What a collapse. Can never blame Dolphins fans for having trust issues after decades of this. Anyway, Dolphins still make it with two wins or with win at NE and Jets loss at Seattle next Sunday.

The Dolphins are 8-7 and have dropped 4 straight

But if they win at New England next week and the Jets lose at Seattle, they'll clinch a playoff spot

As Barry Jackson from the Miami Herald and Joe Schad from the Palm Beach Post both pointed out on Twitter, the Dolphins are still in good shape to clinch a postseason spot. Winning their final two games against the New England Patriots and New York Jets — two equally struggling teams — would do the trick, but there are other plausible scenarios in which the Phins could squeak in with only one win.

Favorable odds or not, Dolphins fans aren't betting on seeing the team turn things around any time soon. Not until we see it with our own eyes, anyway.
KEEP NEW TIMES BROWARD-PALM BEACH FREE... Since we started New Times Broward-Palm Beach, it has been defined as the free, independent voice of South Florida, and we'd like to keep it that way. With local media under siege, it's more important than ever for us to rally support behind funding our local journalism. You can help by participating in our "I Support" program, allowing us to keep offering readers access to our incisive coverage of local news, food and culture with no paywalls.
Make a one-time donation today for as little as $1.