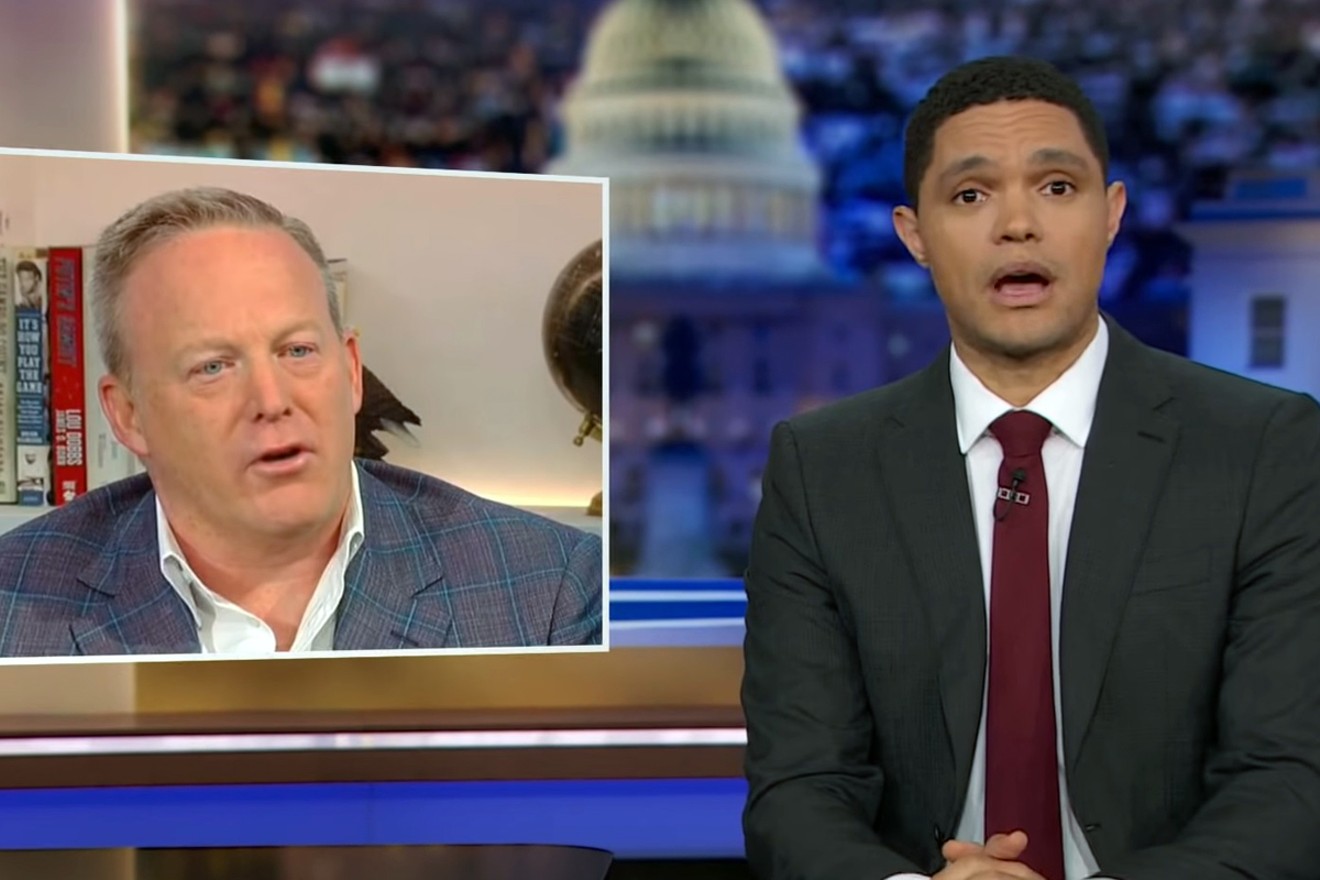 With the world headed to hell courtesy of Donald J. Trump and his scheming band of awkward fanboys, we might not be able to wait that long.

Who knows how far gone things might be by then?

Sean Spicer might win the 28th season of Dancing With the Stars. (It's no more ridiculous a notion than "Pasty Spice" standing behind the White House lectern after being appointed by the most ridiculously absurd president ever.)


We will learn from a POTUS retweet that it was Chelsea Clinton, not Hillary, who killed Jeffrey Epstein. #ClintonBodyCount

The carcasses of Washington truth-tellers torched and pitchforked by Laura Ingraham will have piled up to the point where we can no longer distinguish one old white guy from another.

Kanye West's balls will grow so bloated and his self-awareness shrunken in inverse proportion, he'll announce he's running for president — but not until his favorite president decides to step down.

Noah isn't the only comedian who's made a feast of the noxious shit and slime of the Trump era: Stephen Colbert, Seth Myers, and Jimmy Kimmel are among those who've perfected their craft with material handed to them by the president of the United States. But the babyfaced host of The Daily Show is accomplishing something even beyond providing a sanity-saving dose of daily mirth: He's come close enough to filling Jon Stewart's shoes that it's no longer painful to flip to Comedy Central at 11 weeknights.

Trevor Noah’s Loud & Clear Tour. 8 p.m. Saturday, January 18, at Hard Rock Live, 1 Seminole Way, Hollywood; myhrl.com. Tickets cost $45 to $115 via ticketmaster.com.
KEEP NEW TIMES BROWARD-PALM BEACH FREE... Since we started New Times Broward-Palm Beach, it has been defined as the free, independent voice of South Florida, and we'd like to keep it that way. With local media under siege, it's more important than ever for us to rally support behind funding our local journalism. You can help by participating in our "I Support" program, allowing us to keep offering readers access to our incisive coverage of local news, food and culture with no paywalls.
Make a one-time donation today for as little as $1.