The Ten Best Things To Do in South Florida This Week, August 16 Through 22 | New Times Broward-Palm Beach

The Ten Best Things To Do in South Florida This Week 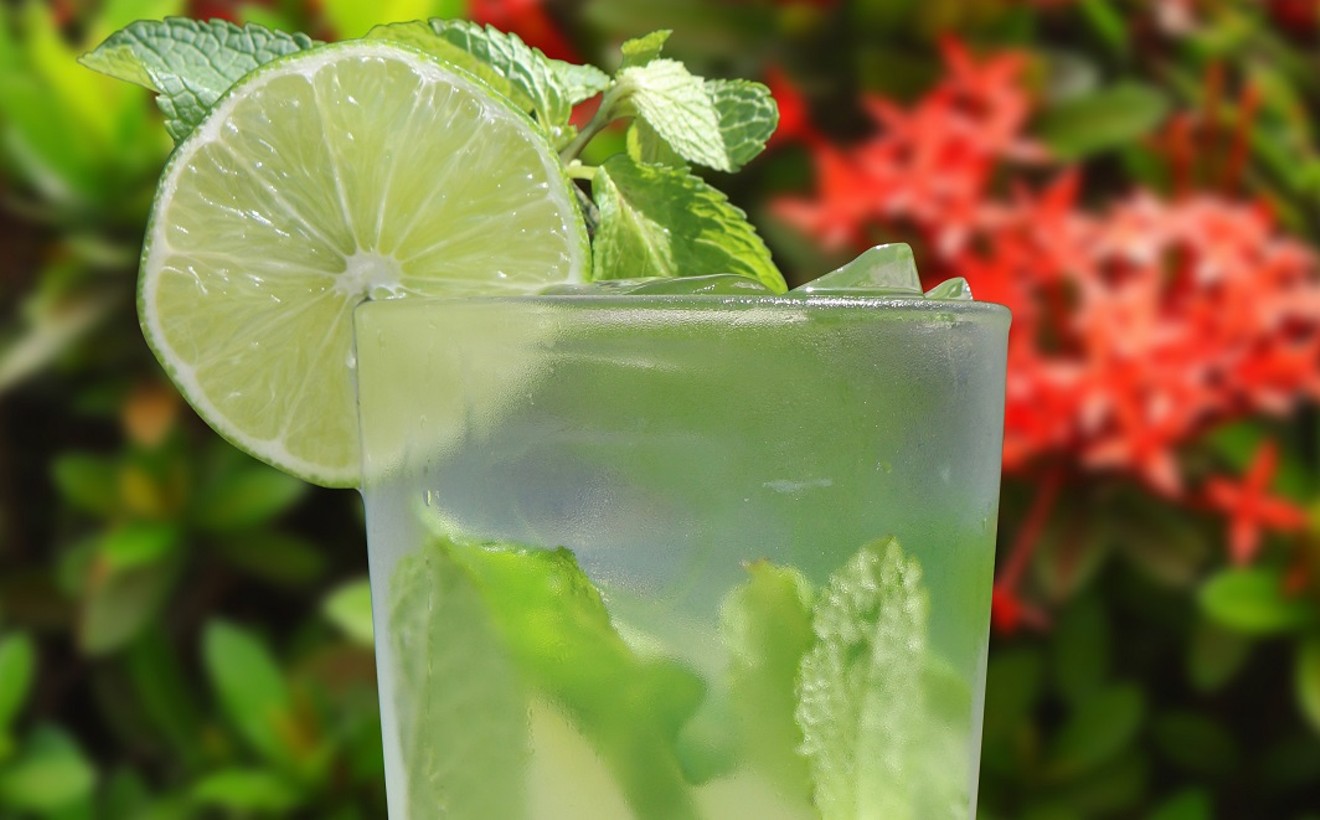 South Florida is set to get turnt this Thursday, because it’s National Rum Day! (Drive responsibly.) Among the best spots you can get your rum on is Bokamper’s, with $6.99 endless Summer Rum Mojitos. You’re in luck, because the beloved local sports bar and grill has two locations to choose from in Broward. Cheers! 11:30 a.m. to 1 a.m. on Thursday at Bokamper’s (Fort Lauderdale: 3115 NE 32nd Ave.; Plantation: 1280 S. Pine Island Rd.); bokampers.com. $6.99 for Endless Summer Rum Mojitos.

If you can’t stomach rum and are boycotting the National Rum Day festivities, this is a great option that’s on the opposite end of the alcohol spectrum. Broski Ciderworks is inviting its cider-loving fanatics out for a Paint Your Growler evening. For ten bucks you'll get a free cider and unlimited painting supplies to make your growler sparkle. You will need to purchase a Broski growler if you don’t have one. But, once you do, you get happy hour pricing on all ciders on tap moving forward. 6 to 10 p.m. on Thursday at Broski Ciderworks, 1465 SW Sixth Ct., Pompano Beach; eventbrite.com. $10 includes a cider/beer and painting supplies.

Andrew Dice Clay's BFF Steve Trevino hits WPB for a string of shows this week.
Courtesy photo
Tex-Mex food is delicious. Tex-Mex comedy? It's equally as delicious when Steve Trevino is cooking it up. The rural Texas-bred-gone-Hollywood comedian is making quite a name for himself, with two big-time comedy specials under his belt and writing credits with the likes of Mind of Mencia and Pitbull’s La Esquina. He’s also appeared on The Late Late Show and Comics Unleashed. It's all leading up to his stint at the Palm Beach Improv this Thursday. Can’t catch him on a weeknight? He has additional dates booked in West Palm Beach through Sunday. 8 p.m. on Thursday and select shows through Sunday at Improv Comedy Club – West Palm Beach, 550 S. Rosemary Ave., West Palm Beach; palmbeachimprov.com. $20 general admission.

Your nostalgic dreams are coming true. Def Leppard and Journey are touring together and making a stop in South Florida. Journey’s present-day lead singer Arnel Pineda is a spectacle that can’t be missed, and Def Leppard is still churning out new tunes – its latest, self-titled album dropped in 2015. Of course, there will be classics, too – from “Don’t Stop Believing” to “Pour Some Sugar on Me.” 7 p.m. on Friday at the BB&T Center, 1 Panther Parkway, Sunrise; ticketmaster.com. Tickets are $65 to $175.

Famed brash-as-hell comedian Andrew Dice Clay has a BFF, and his name is Michael “Wheels” Parise. Parise has performed a gazillion times with Dice in Vegas and has also headlined quite a few shows of his own. As a primer for Parise’s intimate show in Boca, check out he and Dice’s hit podcast Rollin With Dice and Wheels on iTunes. More than five million people have listened to it and it’s effing hilarious. 8 p.m. on Friday and Saturday at Boca Black Box, 8221 Glades Rd. #10, Boca Raton; bocablackbox.com. Tickets are $25 to $35.

Your early 2000s inner-soul will be happy after seeing Evanescence on Saturday.
P.R. Brown
Saturday

Two things that are still cool in 2018? Evanescence and the violin. Both of these things are coming together in West Palm Beach when the alt-rock band joins forces with violinist-extraordinaire Lindsey Stirling. Evanescence has more than that one really popular song (“Bring Me to Life” from 2003) and even dropped a new album last year, Synthesis. As for Stirling, you’ll never look at the violin the same way again after one of her energetic-beyond-belief sets. 7 p.m. on Saturday at Coral Sky Amphitheatre, 601-7 Sansburys Way, West Palm Beach; livenation.com. Tickets are $18.75 to $125.

There are rinky-dink Elvis impersonators and then there is Chris MacDonald. This dude will leave you truly “All Shook Up” in the best way possible, packing an eight-piece band, costume changes, and a visual spectacle for his Memories of Elvis in Concert. You know he’s good when Elvis’ family trust hired him as the only tribute artist ever to perform at Graceland’s Heartbreak Hotel. 7:30 p.m. on Saturday at Parker Playhouse, 707 NE Eighth St., Fort Lauderdale; parkerplayhouse.com. Tickets are $24.03 to $54.59. 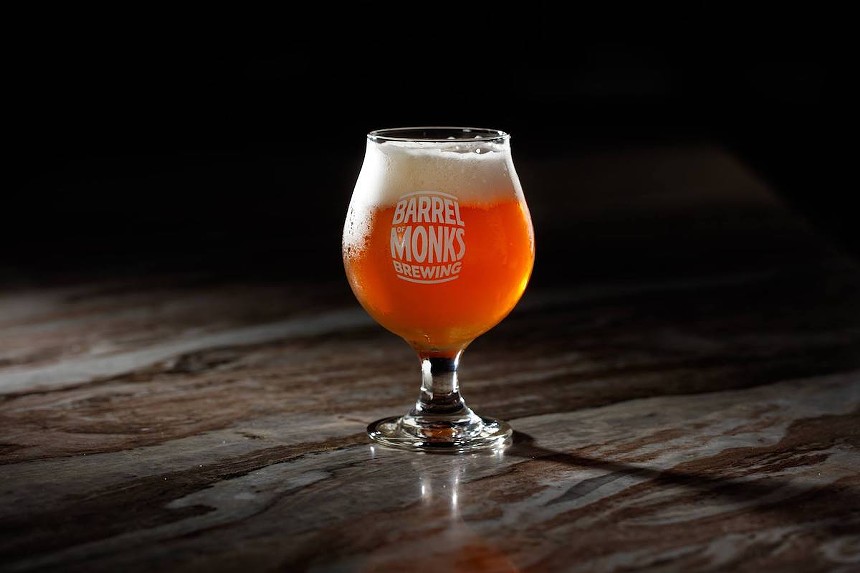 Sundays don’t have to be boring, y’all. So, head over to Barrel of Monks Brewing, play some bingo and help some kids along the way. The Bingo & Beer Bash benefits ChildNet, which focuses on providing safety and stability to children in the foster care system. Admission gets you a beer and two bingo cards. Bingo pros who dab a lot faster than the common folk can buy extra cards for $5 each. 4:30 p.m. on Sunday at Barrel of Monks Brewing, 1141 S. Rogers Circle #5, Boca Raton; childnet.us. $20 or $25 donation gets you a beer and two bingo cards.

There is one hilariously entertaining musical revue celebrating so many of our favorite Jewish icons. Stars of David: Story to Song is based on the top-selling book by Abigail Pogrebin, showcasing public figures from Andy Cohen to Fran Drescher to Ruth Bader Ginsburg to Joan Rivers. You certainly don’t have to be Jewish to enjoy this one, either. 7:30 p.m. on Monday at Mizner Park Cultural Center, 201 Plaza Real, Boca Raton; miznerparkculturalcenter.com. Tickets are $18 to $36.

A new pet is waiting for you at the mall. Stop sitting there and go get him/her! The Dog Days Pet Adoption Expo and Fashion Show is back for another dazzling year at Galleria Mall. Folks can chat with local adoption agencies and meet their next pet or watch the always-entertaining Fashion Hounds dog runway show. Pet retailers including Hunter Pet Store, Auggie’s Pet Supplies and Michael Murphy, among others, will also be on-site. The event is co-hosted by NBC 6’s Kelly Blanco and Adam Berg. 6 to 8:30 p.m. on Wednesday at Galleria Mall, 2414 E. Sunrise Blvd., Fort Lauderdale; galleriamall-fl.com. $25 entry fee.
KEEP NEW TIMES BROWARD-PALM BEACH FREE... Since we started New Times Broward-Palm Beach, it has been defined as the free, independent voice of South Florida, and we'd like to keep it that way. With local media under siege, it's more important than ever for us to rally support behind funding our local journalism. You can help by participating in our "I Support" program, allowing us to keep offering readers access to our incisive coverage of local news, food and culture with no paywalls.
Make a one-time donation today for as little as $1.