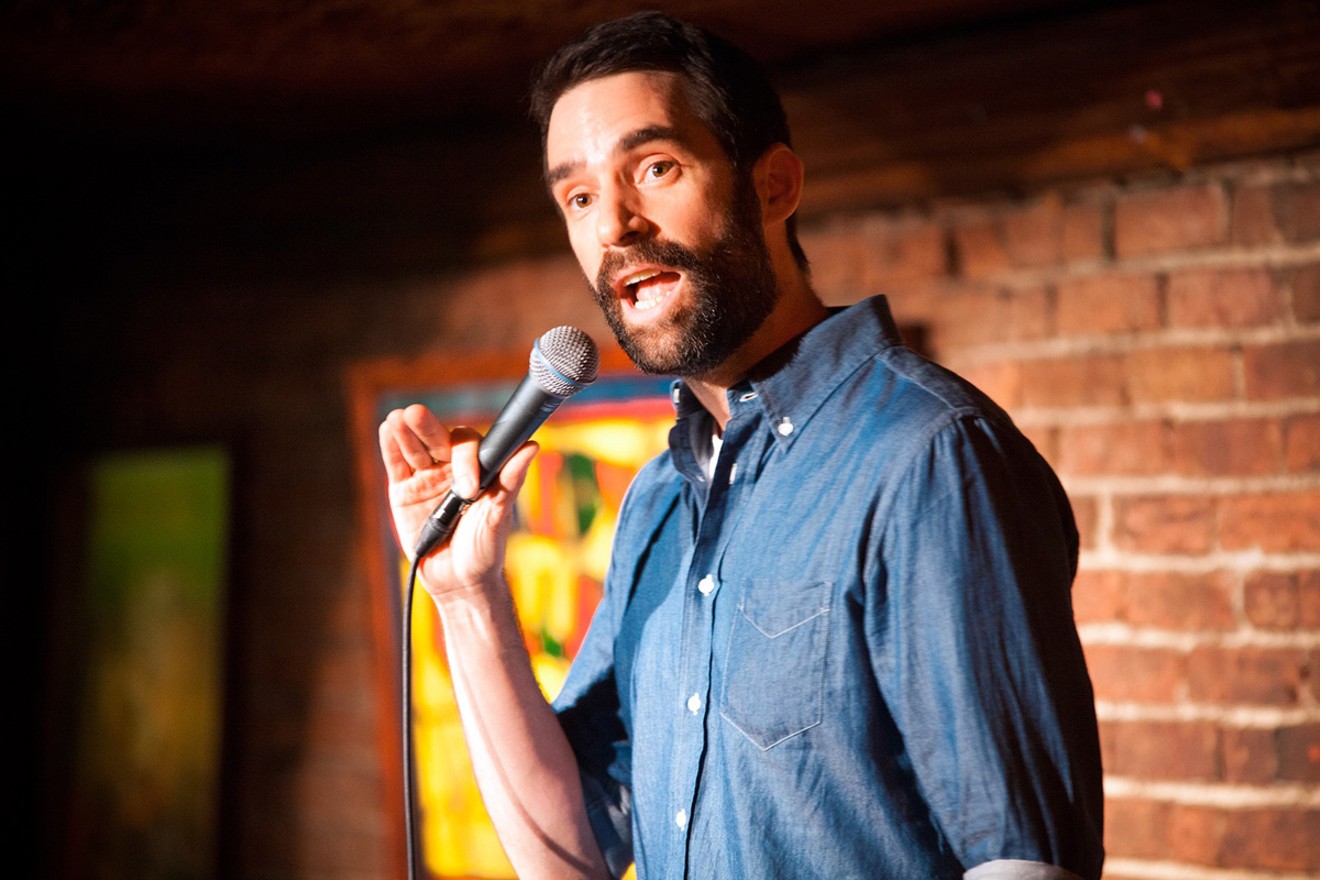 Phil Hanley will wrap up a week of Flamingo Comedy Fest events as headliner for United We Stand-Up. Photo courtesy of Comic Cure
The message from Benjamin Leis, cofounder of Comic Cure, is simple and straightforward.

“There hasn’t been a big comedy festival in South Florida in a long time," he says. "We’re about to change that.”

Beginning this Friday, he and his brother Richy will once again deliver laughs to our corner of the world — as their company has done since 2015 — but now on a much more ambitious scale.

The Flamingo Comedy Festival is a weeklong affair offering a variety of shows, many of them free, in and around Boca Raton. Dana Eagle, Phil Hanley, and Miami’s own Dave Barry will headline the seven-day fest, which will also feature entertaining and informative daily events, some geared toward audience participation — and not the heckling kind either.

For example, Monday, Richy Leis will host and instruct a free stand-up comedy class at the Flamingo House, a space built for creatives who need somewhere to work and brainstorm. Tuesday, the Dubliner will be home to the Trivia Challenge, hosted by Wilma McAwesome, a longtime trivia master who’s toured the improv circuits for years.

For anyone who wants simply to sit back and laugh, the inaugural edition of the Flamingo Comedy Festival kicks off strong with a trio of veterans.

The author of the tongue-in-cheek How to Be Depressed: A Guide, Eagle has appeared on NBC's Last Comic Standing, The Late Late Show, Comedy Central, and Comics Unleashed, and several times over the years, she’s performed as part of USO tours for American soldiers.

Eagle will be very busy this weekend: She’ll appear twice at the fest, first Friday night to discuss her book, and then she’ll close out Saturday night after 16 local comics take the stage at the Boca Raton Innovation Campus to compete for Florida's Funniest Female 2019.

Standup comedian Phil Hanley is less self-deprecating and more self-loathing, but with a hint of cockiness.

The Vancouver native is a regular at the famous Comedy Cellar in New York City and has also appeared on Late Night With Seth Meyers, The Late Late Show, The Pete Holmes Show, and John Oliver's New York Stand-Up Show on Comedy Central.

Hanley is set to close the festival next Friday, October 25, as the headliner of United We Stand-Up, a show benefiting local veterans and disability service organizations. Comics from the U.S. Armed Forces will also perform.

The award-winning author, columnist, and humorist Dave Barry for years was a central voice in South Florida as a Miami Herald columnist, assessing the local scene and its relation to the culture and climate of the nation.

Barry will appear at the Downtown Boca Raton Public Library for an event to discuss his latest book, A Field Guide to the Jewish People, released last month. Unsurprisingly, the free event is sold out. Barry, no doubt, would be the first to see the humor in that fact.

Dana Eagle. 2 to 3 p.m. Friday, October 18, at Faulk Center for Counseling, 22455 Boca Rio Rd., Boca Raton. Tickets are free with registration via eventbrite.com.
KEEP NEW TIMES BROWARD-PALM BEACH FREE... Since we started New Times Broward-Palm Beach, it has been defined as the free, independent voice of South Florida, and we'd like to keep it that way. With local media under siege, it's more important than ever for us to rally support behind funding our local journalism. You can help by participating in our "I Support" program, allowing us to keep offering readers access to our incisive coverage of local news, food and culture with no paywalls.
Make a one-time donation today for as little as $1.