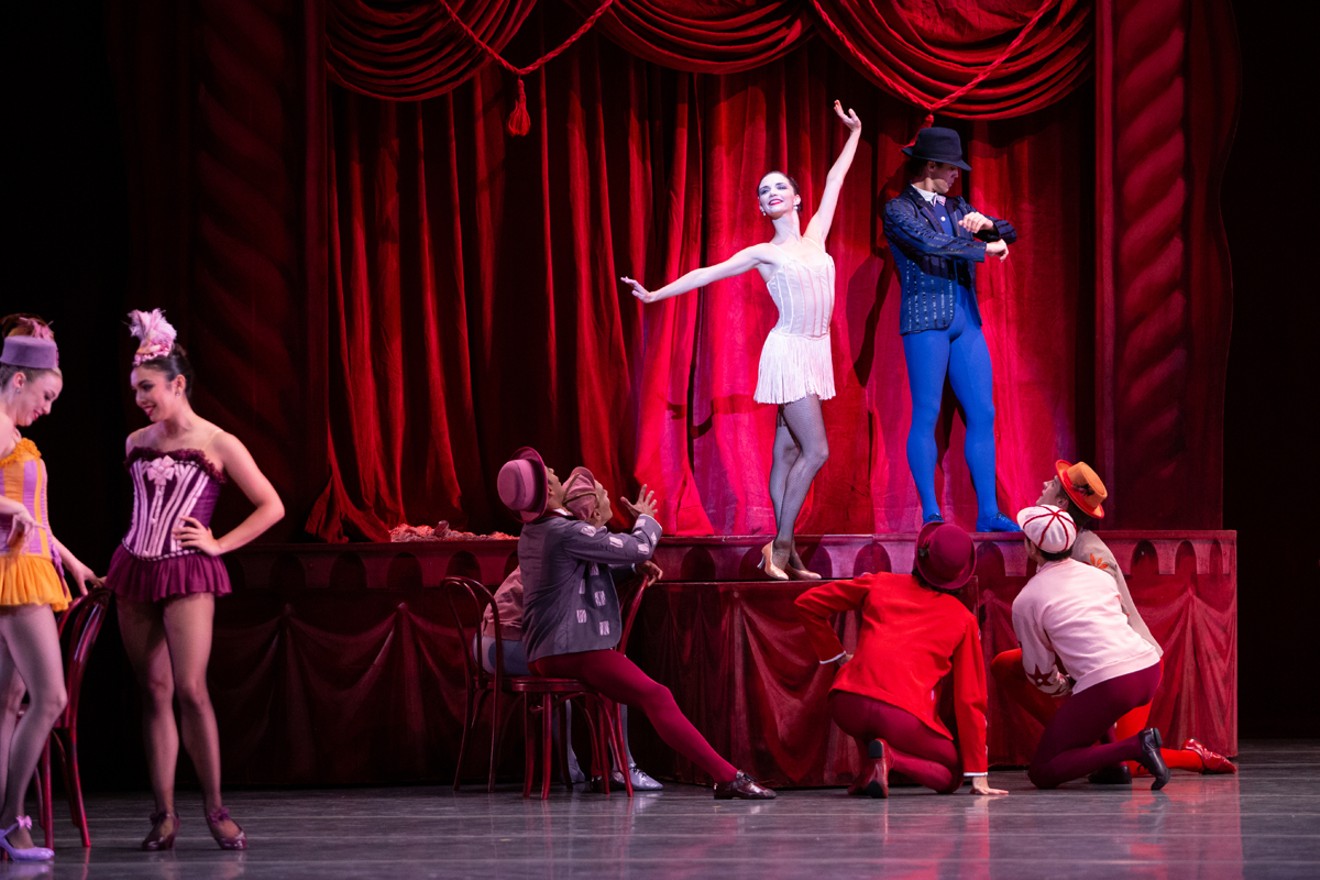 But first, Thanksgiving — and all praise to the start of the holiday food season.

Some upcoming events this weekend have a foodie side, while others proffer musical themes and humor. Terpsichorean folks from Miami will be heading to West Palm Beach for a big show at the Kravis while several communities – namely, Pompano Beach – will begin the Green Market season.

Here’s a look at the highlights for this weekend.

The Miami City Ballet visits the Kravis Center for the Performing Arts this weekend with four performances of George Balanchine’s Slaughter on Tenth Avenue. The name implies violence, but the show is really a hilarious parody with hijinks and high kicks, gangsters and cops. The plot focuses on a tap dancer who falls in love with a stripper. Along with highlighting Balanchine’s sassy and spirited choreography and Richard Rodgers’ Broadway score, the show will also feature a Stravinsky violin concerto and a tribute to the late master of dance, Paul Taylor, with a presentation of Mercuric Tidings. 7:30 p.m. Friday, 2 p.m. and 7:30 p.m. Saturday, and 1 p.m. Sunday at Kravis Center for the Performing Arts, 701 Okeechobee Blvd., West Palm Beach; 305-929-7010; kravis.org. Tickets cost $30 to $199. 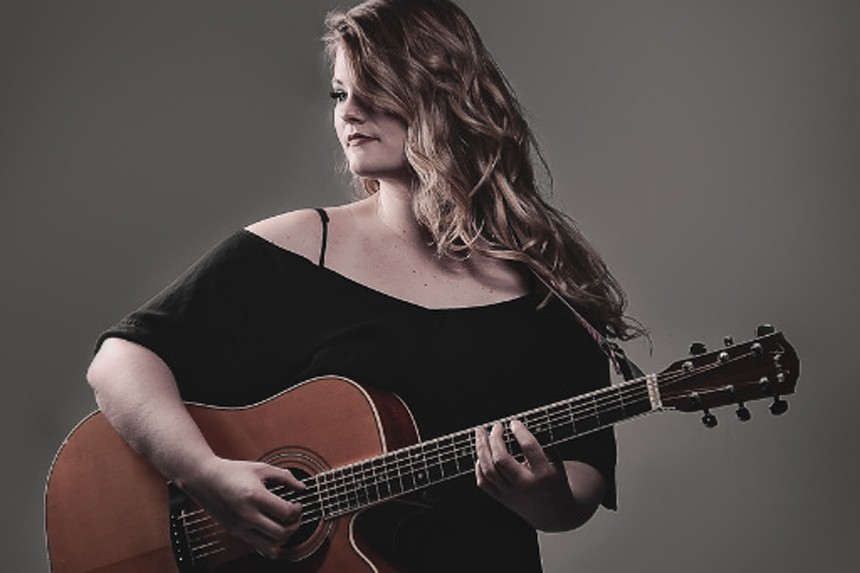 Blues rocker Lauren Anderson performs with her band Friday night at the Arts Garage in Delray Beach.
Photo courtesy of Arts Garage
If you want to experience a true boundary-breaking talent, you've got to see bluesy-rock singer Lauren Anderson live. Anderson and her band will be in Delray Beach Friday for a performance at Arts Garage. She comes to town with a mixed bag of songs inspired by the musical women who came before her, especially Janis Joplin, Bonnie Raitt, and Grace Potter. Anderson’s third album, Won’t Stay Down, follows previous releases like 2017’s The Game, which ranked in the Top 50 of Billboard's blues chart for five weeks straight. Her collections are also showcases for her supersized vocals and sharp songwriting. 8 p.m. Friday at Arts Garage, 94 NE Second Ave., Delray Beach; 561-450-6357; artsgarage.org. Tickets cost $40 to $50.

Live from Delray Beach, it’s a Saturday Night Live alum. Chris Kattan, who spent eight years as a cast member of TV's landmark satiric staple, will appear on stage at the Crest Theater for a couple of performances on Friday. The show, Chris Kattan & Friends, Baby, Don’t Hurt Me Tour, incorporates the name of his new book in the name. While Kattan, 49, hasn’t quite gained the notoriety of SNL players like Chevy Chase, Dan Aykroyd, Eddie Murphy, Julia Louis-Dreyfus, Jimmy Fallon, or Seth Meyers, he did score a couple of interesting characters on the show in Mr. Peepers and Mango. He’s perhaps best known as the head-bobbing, on-screen brother of Will Ferrell. In fact, they starred together in the 1998 film A Night at the Roxbury, based on an SNL skit. He’s also remembered for the quirky film Corky Romano. 7:30 and 9:45 p.m. Friday, November 8, at Crest Theatre in Old School Square, 51 N. Swinton Ave., Delray Beach; 561-243-7922; oldschoolsquare.org. Tickets cost $18 to $29. 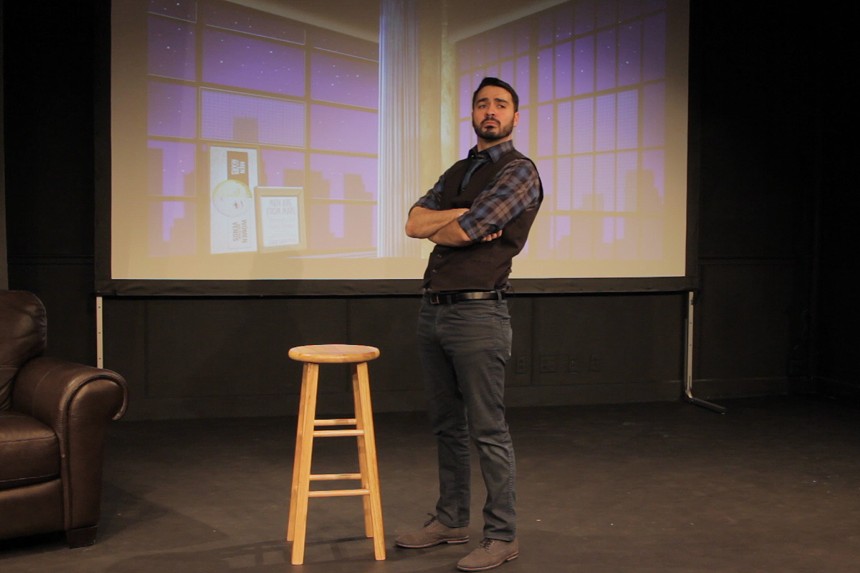 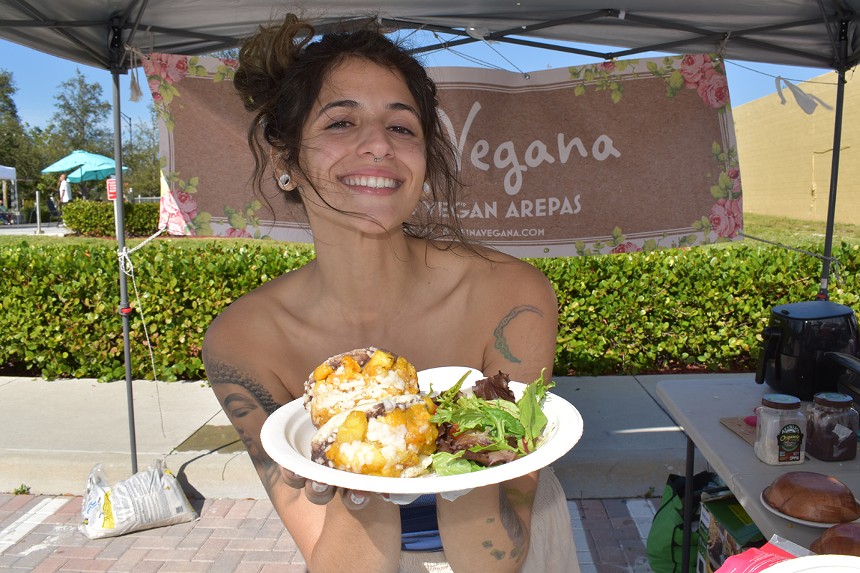 Nader-Mara Entertainment is bringing Battle of the Boros XI to Coral Springs Center for the Arts. Some big names on the doo-wop and oldies charts will make appearances. Among them is jukebox icon Bobby Brooks Wilson, with special guests the Chiclettes, the Duprees, the Crests, and the Happenings. 7:30 p.m. Saturday, November 9 at Coral Springs Center for the Arts, 2855 Coral Springs Dr., Coral Springs; 954-344-5990; thecentercs.com. Tickets cost $45.
KEEP NEW TIMES BROWARD-PALM BEACH FREE... Since we started New Times Broward-Palm Beach, it has been defined as the free, independent voice of South Florida, and we'd like to keep it that way. With local media under siege, it's more important than ever for us to rally support behind funding our local journalism. You can help by participating in our "I Support" program, allowing us to keep offering readers access to our incisive coverage of local news, food and culture with no paywalls.
Make a one-time donation today for as little as $1.