1 of 62
Michele Eve Sandberg
Republican presidential candidate Donald Trump held a rally at the South Florida Fairgrounds on Thursday afternoon to a packed crowd. With less than a month until Election Day, Trump continues to campaign against Democratic presidential candidate Hillary Clinton and fend off criticism within his own party about his behavior and inappropriate comments. View highlights of the event by photographer Michele Eve Sandberg.

Peaceful protesters brought signs and megaphones for the Rise up Rally on Saturday, November 19 at Hagen Park in Wilton Manors.  With… 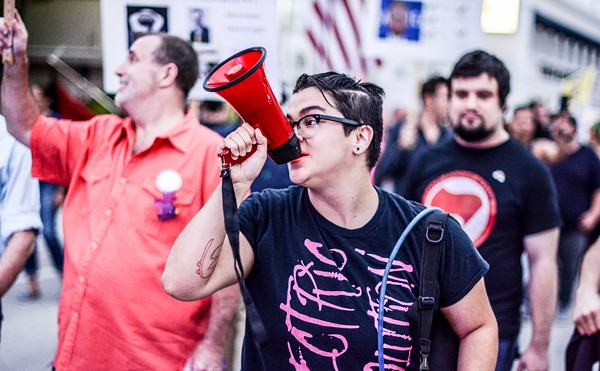 Locals came together at Rosie's Bar & Grill on Tuesday, November 8 to watch the election results come in and share the…

Donald Trump Campaigns at the BB&T Center in South Florida

With his typical bombast and pomp, Donald Trump held a press conference at the Trump International Golf Club in West Palm Beach on…