The Best Free Events in Miami This Week 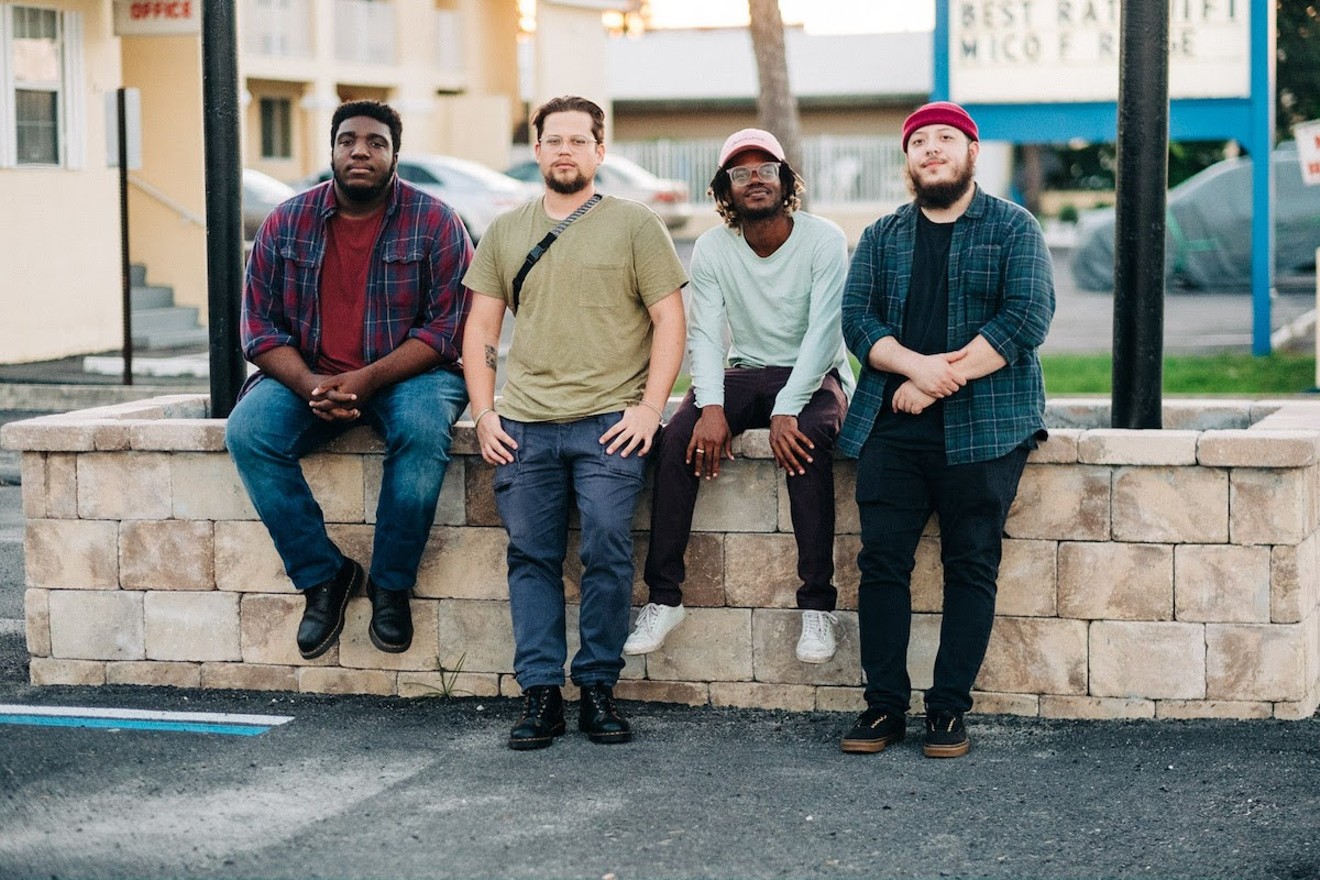 First Fridays with Sega Bodega and Hyd at Institute of Contemporary Art, Miami

Irish producer Sega Bodega and PC Music act Hyd stop by the Institute of Contemporary Arts, Miami for an event of music as part of the museum's First Friday series. Sega Bodega has seen his profile quickly rise thanks to his production credits on tracks by Shygirl, Eartheater, Dorian Electra, and FKA Twigs. And Hyd was best known as the face of QT, the side project by the late Sophie and A.G. Cook, and last year they released a four-track self-titled EP featuring production by Cook and Caroline Polachek. 6 p.m. Friday, March 4, at Institute of Contemporary Arts, Miami, 61 NE 41st St., Miami; 305-901-5272; icamiami.org. Admission is free with RSVP.

If you're 305 till you die, you already know Saturday is 305 Day. Rácket is getting in on the celebration with its MIA Day hosted by artist Vic Garcia. Of course, it wouldn't be a proper Miami party without food and music, so expect a live performance by ¡Mayday! and food by Louie Estrada from My Cuban Spot. DJ Brooke G will keep the tunes coming all evening long. 5 p.m. Saturday, March 5, at Rácket, 150 NW 24th St., Miami; 786-637-2987; racketwynwood.com. Admission is free with RSVP via eventbrite.com.

Dubbed "la fiesta mas linda del mundo" ("the prettiest party in the world"), Bresh lands at Oasis Wynwood on Saturday. Originally from Argentina, the party has held editions in New York City, Barcelona, and Milan. So far, there are no details on who will be making an appearance at the Miami edition, but the South American bash is known for its emphasis on youth culture and over-the-top events. 9 p.m. Saturday, March 5, at Oasis Wynwood, 2335 N. Miami Ave., Miami; oasiswynwood.com. Admission is free with RSVP via tixr.com.

Last year, Seafoam Walls released its debut album, XVI, via the Daydream Library Series, the label operated by Eva Prinz and Thurston Moore. The band is about to embark on a tour in support of the critically acclaimed album, but before doing so, Technique Records is giving the band a proper sendoff on Sunday. The band will sign records and perform live at the Upper Eastside record store — and, don't worry, copies of the album will be available to purchase at the event. The band returns later this month for a performance at Gramps on March 12. 3 to 5 p.m. Sunday, March 6, at Technique Records, 880 NE 79th St., Miami; 786-717-6622; techniquerecords.com. Admission is free.
KEEP NEW TIMES BROWARD-PALM BEACH FREE... Since we started New Times Broward-Palm Beach, it has been defined as the free, independent voice of South Florida, and we'd like to keep it that way. With local media under siege, it's more important than ever for us to rally support behind funding our local journalism. You can help by participating in our "I Support" program, allowing us to keep offering readers access to our incisive coverage of local news, food and culture with no paywalls.
Make a one-time donation today for as little as $1.