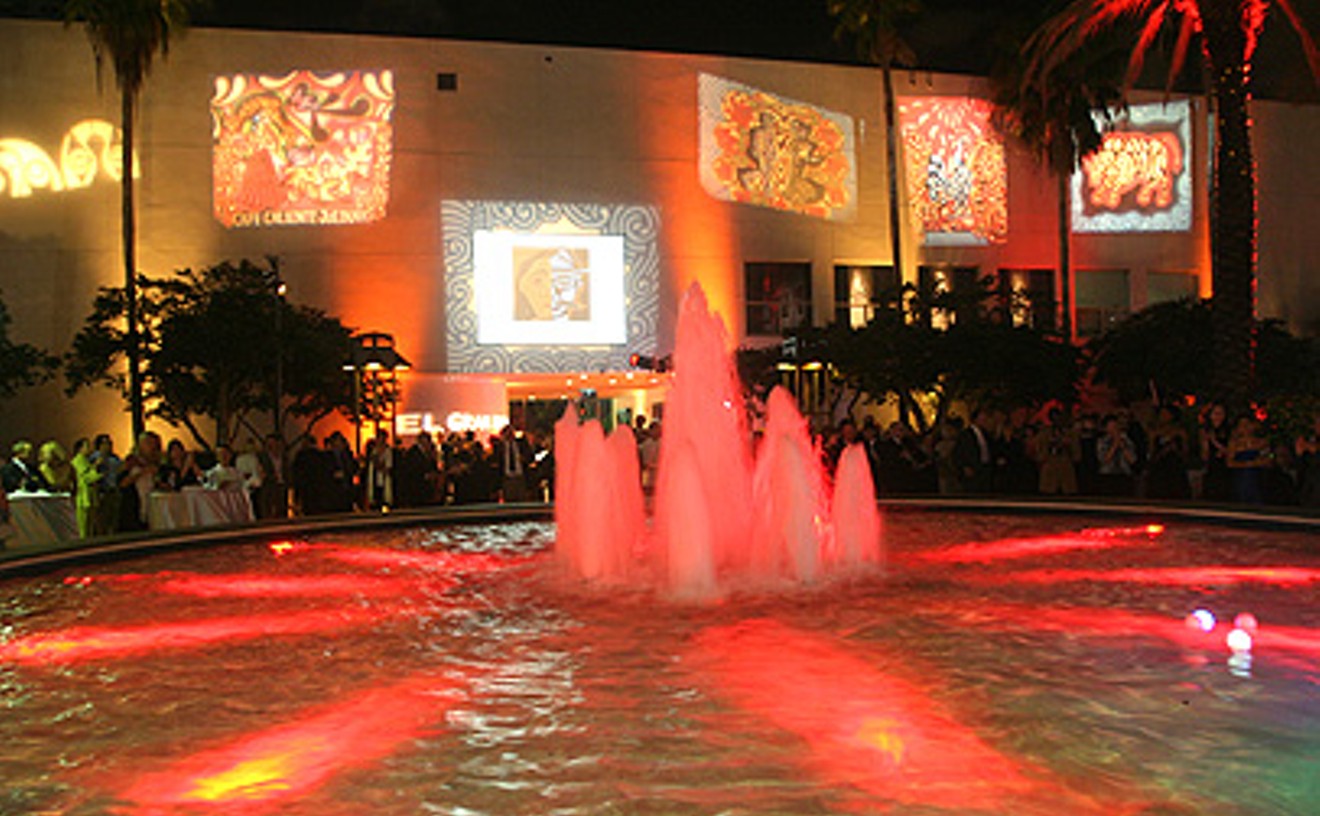 As in-house curator at the Museum of Art/Fort Lauderdale, Jorge Santis brought more than 30 years of curating experience, not to mention his own story as a Cuban exile, to bear on this thrilling survey of Cuban art, and it showed. No other South Florida museum show this year had the historical and political sweep of "Unbroken Ties." Not even MoA/FL's own "Breaking Barriers" exhibition of Cuban exile art a decade ago could compare. Santis' secret was to include the work of artists still living on the island alongside that of their exiled compatriots — a move no other South Florida museum would have had the cojones to attempt. The move paid off with a rich three-act saga that captured, in roughly 80 works by 60 artists, the breadth and depth of the 20th-century phenomenon that is Cuba.

For a while there, Charlie Pickett's story was one of South Florida's greatest tales of almost-was. In the '80s, the Dania Beach native was a local powerhouse, playing all over South Florida as leader of his punky, roots-inflected outfit the Eggs. Eventually he and his merry band toured from coast to coast, gaining a cult following and critical respect but never really reaching national liftoff. The frustrated Pickett gave up music and became a lawyer and now maintains a practice in Palm Beach County. Still, in ensuing years, thanks much to the internet, Pickett's star slowly rose until he was hailed as one of the unsung early heroes of the so-called alt-country movement. A retrospective reissue, Bar Band Americanus, was released on Chicago-based Bloodshot Records last year, and Pickett hit the road once again. What's all the fuss about? Largely, it's his slightly rough, blues-polished croon with dashes of Chuck Berry, Johnny Rotten, and Lou Reed. Pickett's singing style is slightly flat and wavering but swells with a distinctive, bittersweet emotion, an appropriate instrument for professing undying love before telling you to kiss off.

"Overtown" from Charlie Pickett & the Eggs:

Is Poison the Well a surprise pick by any means? No, but it's time to give credit where credit is long overdue. And while Miami usually claims this band (frontman Jeffrey Moreira reps Hialeah, hard), the rest of the members hail from towns across Broward and Palm Beach counties. Poison the Well sprang from the same fabled anything-goes, late-'90s South Florida hardcore/punk scene as fellow success stories Shai Hulud and New Found Glory. PTW has reached the same cult level of underground/overground success (even releasing one disc on a major, Atlantic). But unlike its peers, the band never switched its original home base. No, Poison the Well deserves props for touring the world relentlessly, playing to frothing American and European crowds of thousands, and then returning home to joltingly sunny South Florida. What's more, PTW puts the same level of balls-to-the-wall energy into its decidedly more intimate hometown gigs, playing for scarily rabid longtime fans at places like Churchill's Pub. Further, the band has continued a path of out-there musical innovation, melding its hardcore roots into spaced-out, experimental workouts that work just as well on a home stereo as at a show. The band's latest album, The Tropic Rot, was released digitally last month through Ferret Music. The physical release is this summer, and it comes an impressive ten years after the group's debut full-length, The Opposite of December. Happy anniversary, guys.

The sudden cancellation of the Langerado Music Festival this year was one of the sadder events of the local scene. Critics, however, would say it was expected. Long ago (well, in 2003), Langerado began as the brainchild of hometown promoters Ethan Schwartz and Mark Brown. In its earliest form, it was an informal jam-down at the small-ish Young Circle in Hollywood. By 2005, it had blossomed into a two-day event at the larger Markham Park in Sunrise. But it was still more or less an informal jam-down based on communal camping and dancing till the wee hours to tripped-out sounds from the likes of Umphrey's McGee and String Cheese Incident. Later years saw the festival grow even larger in attendance and length (three days) and more inclusive in its musical lineup, inviting a host of indie-rock (Vampire Weekend, the Walkmen) and even hip-hop luminaries (Beastie Boys, the Roots). The jam-band crowd, however, fretted that the festival was losing its original soul, and all message-board hell broke loose when organizers announced that the 2009 edition would take place in downtown Miami. There would be no camping, and the lineup would be decidedly less jammy — its headliners including acts like Snoop Dogg and Ryan Adams. The result? Poor ticket sales — so poor that Langerado pulled the plug on itself barely a month before it was set to go off. It remains unclear whether it'll bounce back in time for a 2010 edition. Langerado, we hardly knew ye.

Matisyahu beat-boxing live at Langerado in 2007: 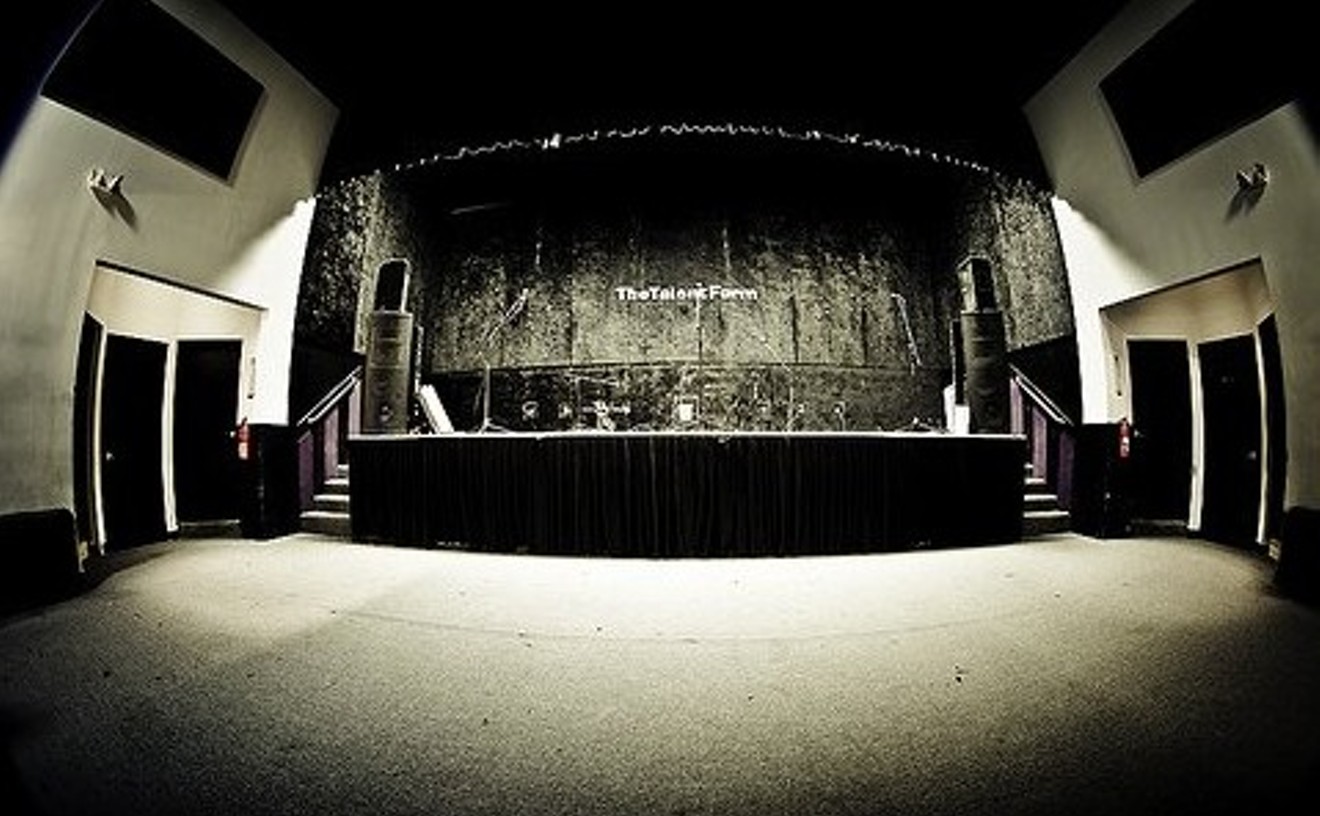 Look, everyone knows about the Broward/Palm Beach holy trinity of venues for mid-sized touring acts: Revolution, Culture Room, and Respectable Street. But what about hyper-local spots that nurture homegrown talent, especially the kind that can't legally get into most other venues? For the cream of that crop, we give you the Talent Farm, nestled in a shopping center in the far reaches of Pembroke Pines. Sure, it's so far west it's practically in the swamp, but it's the hub of a very thriving microscene of mostly young bands whose names often form complete sentences. The place will give almost anyone a first shot at playing live, but at the same time, it boasts a more professional stage setup and sound system than most bars back on the beaten local-circuit path. And the Talent Farm is more clued-in about the internet than most local venues: It streams all its shows online for free, recognizing that will draw more of a crowd in the long run. Further, for a small fee, during off-hours a house engineer offers simple demo recording services. Nurturing tomorrow's local favorites today, the Talent Farm truly lives up to its name.

Shoreline Vista at The Talent Farm:

Playing live around town for less than a year, the shadowy character known as Panic Bomber has already developed some minor lore. Legend has it that once upon a time, Richard Haig was a local rock musician who got fed up with the grind of being hustled off stage in time for the night's main event — a DJ. So he turned to dance music himself, supposedly in some kind of act of defiance that's explained, sort of, in a treatise on his website. Whatever. The music he makes, regardless of the reasoning behind it, is slick and dance-floor-friendly, working up to a funky electro-house groove that's rough enough around the edges to belie its creator's rock roots. And unable to fully relinquish a band's spectacle of performance, Haig's devised a pretty sweet light-up costume to boot. Look out for him at a more discerning — hmmm, some would say "hip" — dance club near you.

Panic Bomber live at The Vagabond: 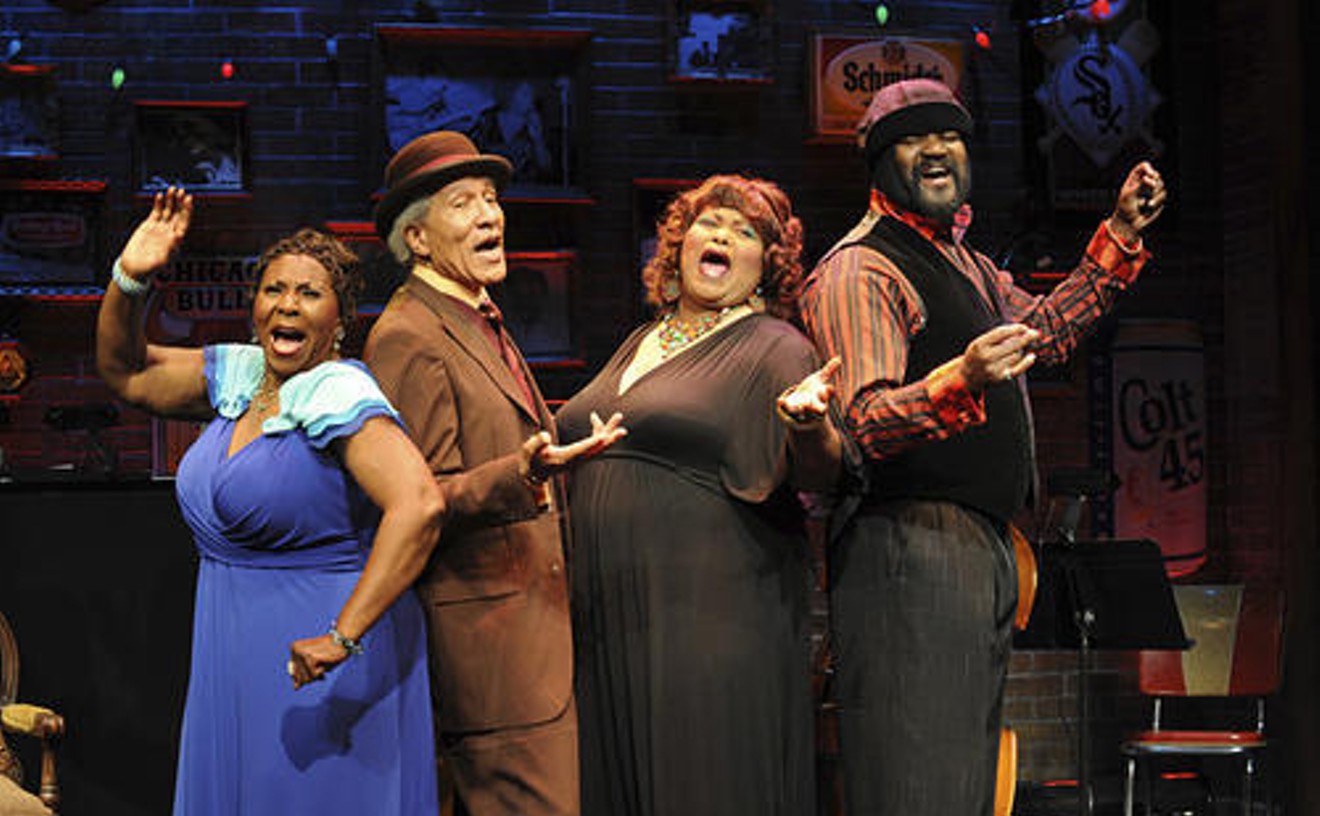 Last May, just as our nation's most visible political performers were turning into caricatures of themselves and making strawmen of their enemies, Florida Stage unleashed Ordinary Nation: a political play that made a mockery of categorical political definitions. Plenty of people forgot it the moment it was done with — it was subtle almost unto quietude — but others, it haunted. The story of a lefty academic with a bookie dad, a gambling-addict daughter, and a wife who is cheating on him with a GOP senatorial candidate, Lewis' play showed us the profound ways in which our politics inform our lives. And then, in the play's final half-hour, it showed us politics' limits. The heart, as it turns out, has its own ideologies that don't respect party lines.

The thing about Oswaldo Guayasamín, an Ecuadorian artist who died in 1999 at age 79, is that he takes you off guard. First he hits you viscerally with full force — painting human flesh, for instance, with such rawness and immediacy that you want to recoil. Then, once you've had a chance to learn a little about the origins and context of his imagery, he engages you intellectually, stirring up your sense of moral outrage over such things as poverty and torture and the coolly bureaucratic machinations of war. His work is not for the fainthearted, and not surprisingly, it went largely unshown in the United States for more than half a century. That's why it was such a coup for FAU's little Schmidt Center Gallery to snag this small but significant retrospective of Guayasamín's paintings, drawings, and prints, which are just as relevant today as ever.