KiKi Layne (right) and Stephan James play a couple facing racial injustice during the 1970s in If Beale Street Could Talk. Courtesy of Annapurna Pictures
At least we have this going for us in this fallen age: 2018 has been an ace year for movies, no matter what kind of screen you’re seeing them on. I saw almost 300 new releases in 2018 – big and small, foreign and domestic, streaming and theatrical. The art houses and Drafthouses again pull more than their fair share of the burden of quality, but my No. 2 below (and many people’s No. 1) is a straight-up Netflix production, already available to watch on your phone. And I found more reasons to applaud in the multiplexes than in most years of the recent decade. As theatrical experiences, I treasured being part of large crowds that cheered and laughed and cried through honorable mentions A Star Is Born, Sorry to Bother You, Black Panther, Game Night, Crazy Rich Asians, BlacKkKlansman, Aquaman, Eighth Grade and that dazzling latest Mission: Impossible for which Tom Cruise learned to fly a helicopter but outsourced the depiction of recognizable human feeling to the rest of the cast.

But the movies below are the ones that most stirred or cheered me — or revealed something new. As always, a list like this is a list of favorites (and a Favourite) rather than bests. My failure to include your favorites is no swipe at you or your preferences. (Except, ick, Green Book. As Craig D. Lindsey reminds us in his review for this publication, Jim Crow wasn’t cute.)

Starring as Queen Anne in The Favourite, Olivia Colman just might rule the awards season for her performance.
Courtesy of Twentieth Century Fox
10. The Favourite
Yes, some critics have carped that Yorgos Lanthimos’ prickly comedy about an ambitious chambermaid (Emma Stone), a royal adviser (Rachel Weisz) and England’s Queen Anne (Olivia Colman) doesn’t find the Greek director (The Lobster, The Killing of a Sacred Deer) breaking new ground. Once again, he’s whipped up a poisonous froth, placing characters in absurd situations in which they’re forever compelled to lash out at each other. But the lashing has never been performed by such marvelous leads in so sumptuous a setting with such stinging and riotous results. 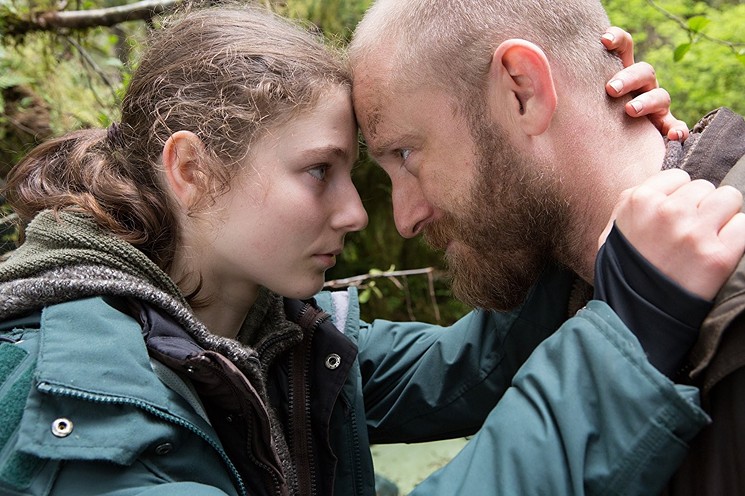 Thomasin McKenzie (left) and Ben Foster star in Leave No Trace, Debra Granik’s back-to-nature father-daughter drama.
Courtesy of Bleecker Street Media
9. Leave No Trace
Debra Granik’s fascinating back-to-nature father-daughter drama, available now to stream, opens in a lushly damp Oregon state park where Tom (Thomasin McKenzie) and Will (Ben Foster) survive quite happily on foraged foods — they practice hiding their tarp-tent and gear just in case strangers happen past. Inevitably, not soon into the film, these outsiders get hauled back into society, facing school and paperwork and pressing questions about what it even means to be civilized.

8. If Beale Street Could Talk
In his follow-up to Moonlight, the rare masterpiece to be honored by Hollywood as “Best Picture,” director Barry Jenkins dares to take on a project both more and less conventional: this exquisite adaptation of James Baldwin’s 1974 Harlem love story. The plot concerns the wrongful incarceration of a young black man, and an agonized outrage courses through the film, but the mood here is set by a rainy-day love scene, filmed and acted with rare tenderness.

The wild and inventive Spider-Man: Into the Spider-Verse also features Spider-Gwen, voiced by Hailee Steinfeld.
Courtesy of Sony Pictures
7. Spider-Man: Into the Spider-Verse
A billion superhero slugfests later, and Hollywood finally gets it: These movies can be as wild and inventive as actual damn comic books. Chuck the best, craziest ideas onto the screen and trust audiences to keep up — and trust that we’re not beholden to a 50-year-old idea of what these heroes look like. James Wan’s Aquaman demonstrates that truth, too.

6. Blindspotting
Packed with three movies’ worth of ideas, Carlos López Estrada’s vivid Blindspotting stands as a work of immersive city portraiture, a satire of gentrification, a study of a complex friendship, a frank consideration of race and class and stereotypes in 2018, a slow-burn rage comedy and an occasional exploration of how far a realist drama can veer into the territory of the musical. Leads/cowriters Rafael Casal and Daveed Diggs freestyle in convos, dream sequences and a powerhouse climax.

5. Burning
Few films cast the elusive spell of Chang-dong Lee’s latest, an existential epic adaptation of a Haruki Murakami short story itself inspired by William Faulkner’s “Barn Burning.” It starts with a schlemiel (Ah-In Yoo) meeting a beautiful woman (Jeon Jong-seo). She asks him what life’s about — and also, while she’s out of town, if he will watch a cat that might not exist; their lives soon are embroiled with a wealthy apparent psychopath (Steven Yeun, in one of the year’s great performances). A summary can’t do this perverse roundelay justice.

4. The Rider
The cowboys populating Chloé Zhao’s big-sky heartbreaker are real cowboys, amateur actors from whom the writer-director-producer has coaxed moving and natural performances centered on a question key to both the performers’ and characters’ lives: Rodeo will kill you, so what else is there to do? The result: one of the movies’ most powerful examinations of masculinity in crisis.

3. Hale County This Morning, This Evening
RaMell Ross’ dreamy, observational, impressionistic documentary surveys the everyday life of black Americans in Hale County, Alabama. But photographer Ross suffuses the quotidian with sunny beauty. Our critic Bilge Ebiri described watching this as nothing less than bearing witness to “a new cinematic language being born.”

2. Roma
Look, it’s on your Netflix. It’s a masterpiece. Watch the damn thing. 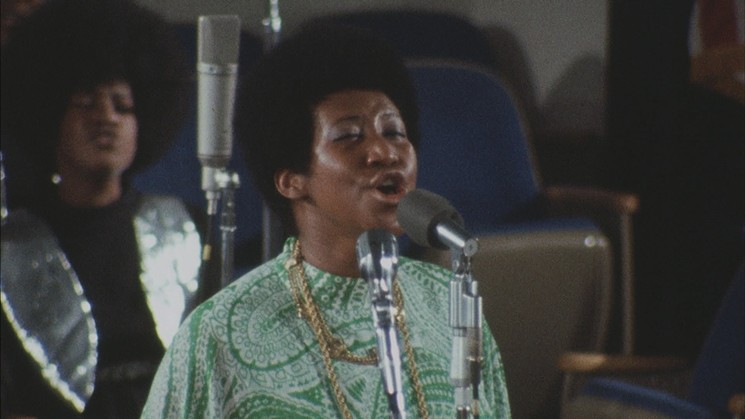 Amazing Grace, with Aretha Franklin and a church choir recording her epochal 1972 live gospel LP, is the apex of soul.
Courtesy of Amazing Grace Film, LLC
1. Amazing Grace
This one you can’t watch yet, but after a sold-out run at New York’s Film Forum this month, it will hit the rest of the country in 2019, just when this troubled nation needs it most. It’s nothing more or less than footage of Aretha Franklin and a Los Angeles church choir recording her epochal 1972 live gospel LP Amazing Grace. That means it’s also nothing more or less than perhaps the most exciting vocal performance filmed. This is peak human achievement, the apex of soul, humbly shot by Sydney Pollack, whose harried camera crew can barely keep up.
KEEP NEW TIMES BROWARD-PALM BEACH FREE... Since we started New Times Broward-Palm Beach, it has been defined as the free, independent voice of South Florida, and we'd like to keep it that way. With local media under siege, it's more important than ever for us to rally support behind funding our local journalism. You can help by participating in our "I Support" program, allowing us to keep offering readers access to our incisive coverage of local news, food and culture with no paywalls.
Make a one-time donation today for as little as $1.