Florida Leads Nation in Residents Without Power Over Past Decade, Study Says 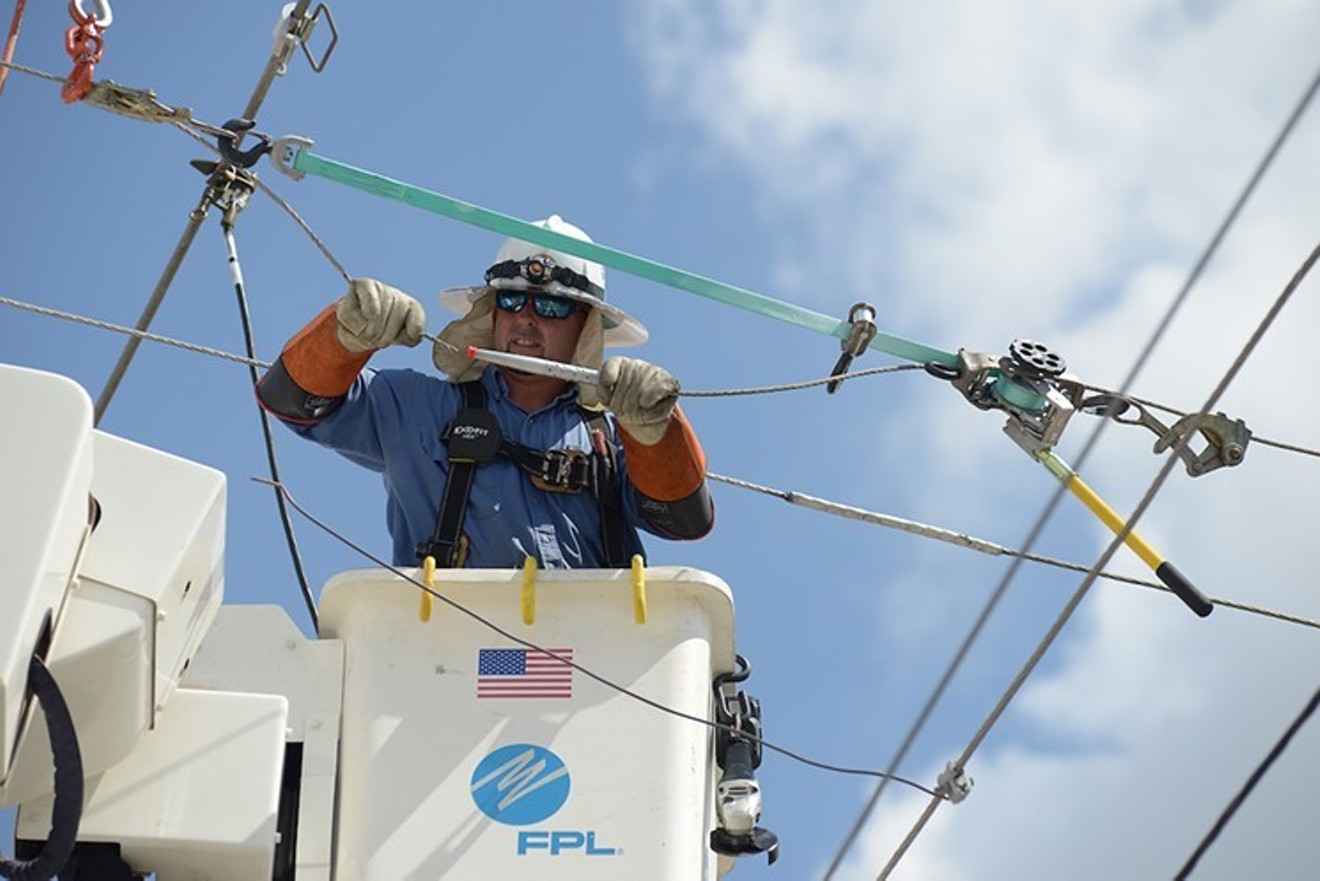 In terms of the scale and number of blackouts, a few states fared worse. Fire-ravaged California placed second overall in terms of the total population that experienced outages (22 million people), but the Golden State experienced far more individual outages (4,297 individual incidents, compared to Florida's 848) and struggled through blackouts that lasted far longer than Florida's. Ditto for New York — the state placed third overall in terms of total residents without power but also experienced far more individual outages than Florida in the same period.

"And when it comes to affecting the greatest number of people, Florida edged out... California, leaving a collective 25.3 million customers without power over the 10-year span," the study said. "California impacted a total of 22.2 million customers, followed by New York with 18.3 million and Michigan with 12.4 million." (The Orlando Weekly first reported on the study yesterday.)

Blackouts might seem like a minor annoyance, but history shows they've sparked disaster in Florida. After Hurricane Irma hit the state in 2017, a Hollywood nursing home — the Rehabilitation Center in Hollywood Hills — lost power September 10. Due to various missteps, the electricity remained off for days and the temperature inside the building rapidly climbed as high as 110 degrees. Twelve elderly patients ultimately died of heat-related conditions.

Environmental activists have also complained for years that despite Florida's vulnerability to hurricanes, the state's power companies don't seem to be doing quite enough to harden power grids to prevent outages from occurring in the first place. After the aforementioned Irma, which knocked out power to nearly two-thirds of every electricity customer statewide, critics asked just what companies such as Florida Power & Light had been spending money on so-called upgrades. FPL said that it spent more than $3 billion between Hurricane Wilma in 2005 and Irma in 2017 but that the money went toward projects that did not prevent outages, but instead helped FPL restore power faster.

Since then, activists and numerous municipal governments across Florida have pushed to "underground" more power lines — to bury them to make them less susceptible to rainy or windy conditions. Studies show that undergrounding lines makes them less susceptible to outages, but power companies also warn that, as the sea level rises, so too does the danger that underground lines can flood and become unusable.
KEEP NEW TIMES BROWARD-PALM BEACH FREE... Since we started New Times Broward-Palm Beach, it has been defined as the free, independent voice of South Florida, and we'd like to keep it that way. With local media under siege, it's more important than ever for us to rally support behind funding our local journalism. You can help by participating in our "I Support" program, allowing us to keep offering readers access to our incisive coverage of local news, food and culture with no paywalls.
Make a one-time donation today for as little as $1.