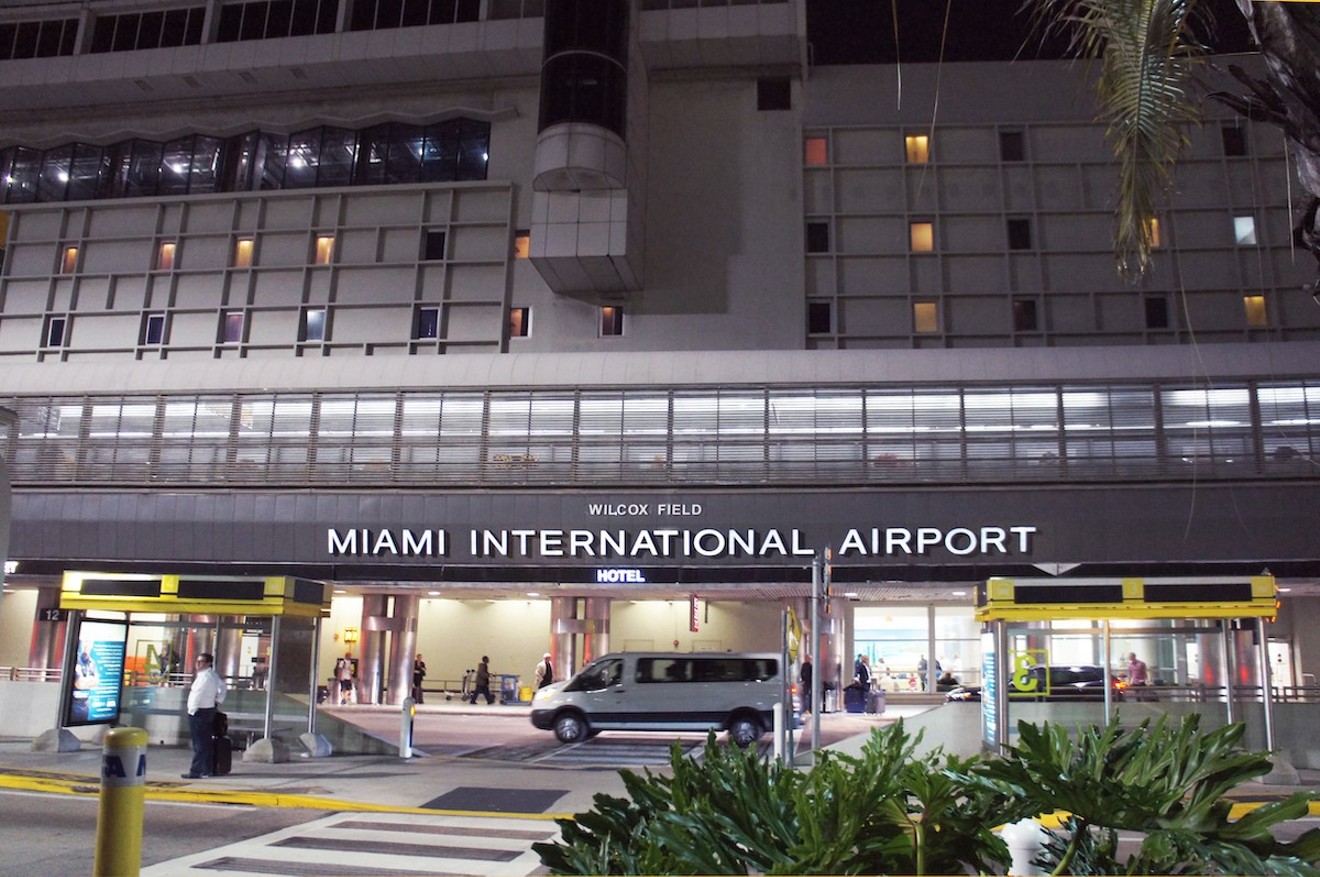 Miami International Airport Photo by lavendertime/iStock.com
If you're weary of the heat and exorbitant gas prices in South Florida, you might be considering catching a flight to somewhere a little cooler and more pedestrian-friendly this summer, but if you're thinking of flying out of Miami or Fort Lauderdale, prepare to hurry up and wait.

AirHelp compiled information from more than 100,000 flights in 2021 using self-reported data from airline operators, plane transponders, and air-traffic-control systems to conclude that FLL and MIA flights are more prone to delays and cancellations than most U.S. airports.

"The summer travel season is off to a tumultuous start — thousands of flights are getting canceled and delayed," AirHelp spokesperson Nicole Velez writes in a press release.

Of course, if you've ever spent time at either of South Florida's major airports, you don't need a survey to tell you they're a pain in the neck.

Whether you're jetting to the Bahamas or Bogotá, MIA and FLL are some of the busiest airports for international travel, making "Miami Time" a relative concept.

"The factors that determine an airport’s on-time performance are related to weather and airline and Federal Aviation Administration (FAA) operations, which are out of the airport’s control," Almeida-Pardillo writes, listing weather, lightning, mechanical issues, and crew-scheduling issues as significant factors.

Neither airport is a stranger to crew and staff issues. Both MIA and FLL have been criticized in the past for working with unfair contractors who have mistreated airport workers and in some cases left them high and dry during the pandemic. Union leaders marched through FLL in 2019 to strike against the airport contractor that left workers underpaid, disrespected, and left to contend with insect infestations.

This past year, Miami-Dade County Mayor Daniella Levine Cava cut the county's contract with a company working out of MIA, citing unfair conditions for workers during the pandemic that included employer retaliation and lack of sick time. Workers claimed they were pressured to work while sick at the height of the pandemic, even while at risk of coming in contact with the public.

With any luck, delays will clear up in the coming months as pandemic restrictions continue to ease and more people look to get in and out of Miami.

But you still might want to bring plenty of reading material and a pillow.
KEEP NEW TIMES BROWARD-PALM BEACH FREE... Since we started New Times Broward-Palm Beach, it has been defined as the free, independent voice of South Florida, and we'd like to keep it that way. With local media under siege, it's more important than ever for us to rally support behind funding our local journalism. You can help by participating in our "I Support" program, allowing us to keep offering readers access to our incisive coverage of local news, food and culture with no paywalls.
Make a one-time donation today for as little as $1.