South Florida Has a New Invasive Species, and It's Not the Tech Bros 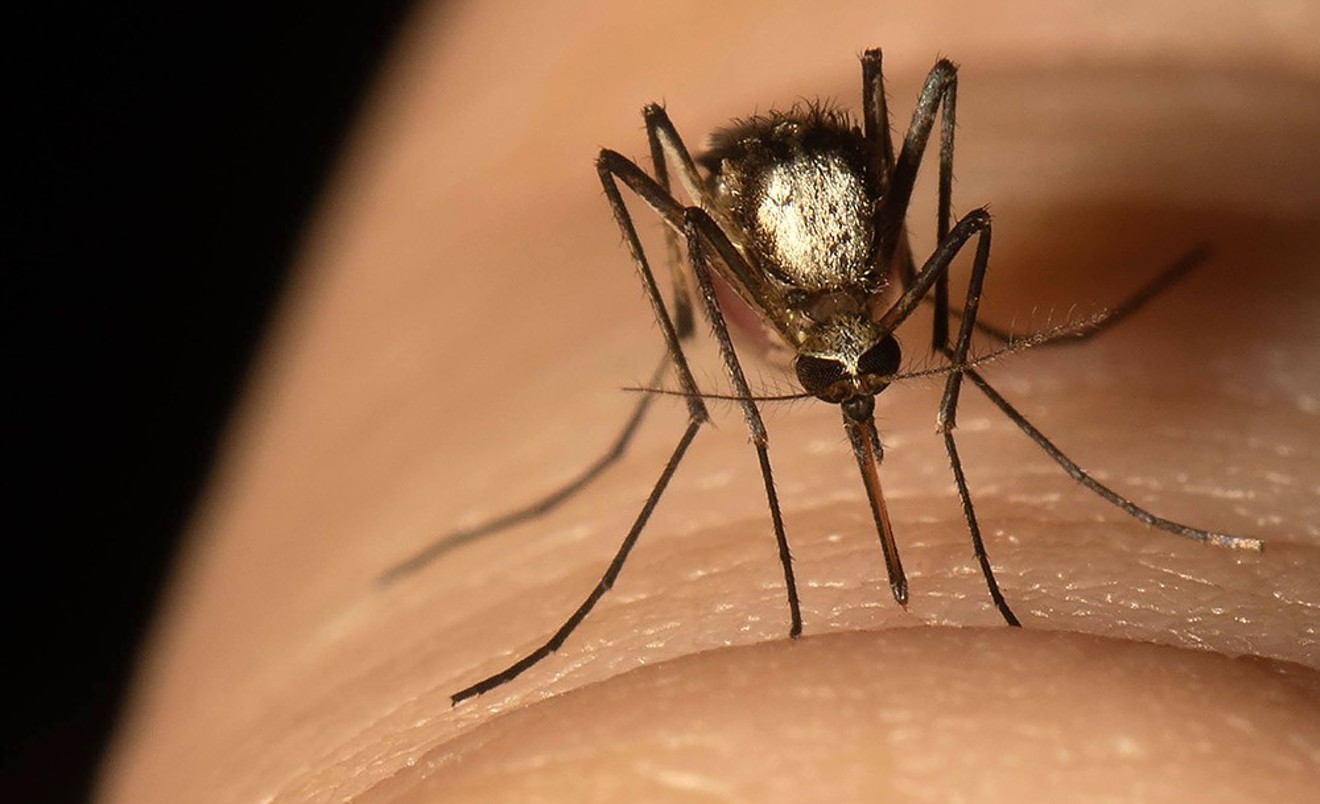 Aedes scapularis Photo courtesy of Dr. Lawrence Reeves/University of Florida
Nobody asked a new breed of bloodthirsty flying insects to claim Miami as its new home. South Florida is already a magnet for invasive species, and the region has survived its share of mosquito-borne epidemics. The Ebola scare of 2014. Chikungunya, also in 2014. Zika in 2016. Dengue fever in 2019. The Florida Department of Health reported about 60 locally transmitted cases of the West Nile virus last year.

But this week, Miami-Dade's Mosquito Control Division confirmed the presence of a new invasive species. Aedes scapularis, a mosquito native to South America and the Caribbean, is apparently buzzing around Miami-Dade and Broward counties.

Michael Mut, a spokesperson for Miami-Dade mosquito control, says the presence of Aedes scapularis in South Florida had been suspected for years. But because the insect is so similar to other mosquitos in the Aedes classification, mosquito surveillance specialists were only able to confirm the scapularis' presence in South Florida last fall by using DNA sequencing.

"It may have flown under the radar," Mut says, without cracking a smile. "We've been seeing this thing in our traps. Upon further review, because of DNA sequencing and our partnerships, we can say with certainty this is a new species, and it's here."

The new mosquito has been collected from Florida City in southeast Miami-Dade to Pompano Beach in northeast Broward. Most of the insects were found in Homestead-area traps. They were also present in traps in Kendall, the City of Miami, Hialeah, and North Miami.

"I don't think anyone knows for sure how long the mosquito has been here," says Chalmers Vasquez, Miami-Dade mosquito control's research director. "It's common in Central America, South America, and the Caribbean. How it appeared? That's probably a mystery."

The new mosquitos can sometimes be found in highly populated areas, but they mostly reside outside of urban communities. Vasquez says researchers will monitor the species' spread. The fact that the Aedes scapularis has natural predators, including dragonflies and bats, might help stunt its growth.

"This species in particular is not a species that we see in huge numbers," Vasquez says. "There is one that breeds in the billions. We don't get [Aedes scapularis] in those numbers."

The 2016 Zika outbreak tested Miami-Dade mosquito control, but Vasquez says it prompted the county to beef up its mosquito surveillance and identification program. Today, the division monitors some 319 traps throughout the county, and lab technicians retrieve mosquito remains and larvae on a weekly basis to identify the species found. That's how the new Aedes scapularis was discovered.

Mut says mosquito control can't estimate how many of the mosquitos might in the South Florida ecosystem.

"It's like the weather," he says. "You think you have a good idea about it, but you won't know until you know."

The females are particularly enthusiastic biters, making them an effective vector of disease. Aedes scapularis was suspected of transmitting yellow fever during a 1932 epidemic on the southeastern coast of Brazil and during a 1934 epidemic in a central Colombian town. The mosquitos can also carry heartworm and equine encephalitis, an infection that causes brain inflammation.

But Vasquez says here in South Florida, there have been no cases of disease linked to the Aedes scapularis, despite the fact that the mosquito-control experts believe it has been in the area for at least a decade.

"This is nothing to be alarmed about," he assures. "It has been around quite some time — I can tell you for ten years — and nothing has happened yet. No one has connected it to any mosquito-borne diseases [in South Florida]."
KEEP NEW TIMES BROWARD-PALM BEACH FREE... Since we started New Times Broward-Palm Beach, it has been defined as the free, independent voice of South Florida, and we'd like to keep it that way. With local media under siege, it's more important than ever for us to rally support behind funding our local journalism. You can help by participating in our "I Support" program, allowing us to keep offering readers access to our incisive coverage of local news, food and culture with no paywalls.
Make a one-time donation today for as little as $1.