Thursday through Sunday you can get your sweat on. District Fit returns to West Palm Beach. Courtesy of CityPlace
Thursday

Get moving, people! It’s time for another District Fit. The multi-day affair features a fun run, classes, a boot camp, and more at CityPlace and the Hilton in West Palm Beach. The bulk of happenings are completely free, with a few of the events (like a Zumba class benefiting cancer survivors) requesting a small donation. You have zero excuses to not to get out there and get your sweat on. Thursday, October 18, through Sunday, October 21, at CityPlace Square, 700 S. Rosemary Ave., and Hilton West Palm Beach, 600 Okeechobee Blvd., in West Palm Beach; districtfitwpb.com. Most events are free and open to the public with select private events up to $125.

Last year’s Oyster Fest at G&B Oyster Bar was canceled due to Hurricane Irma (we still hate her). With clear skies ahead, there is no hurricane to F with our oyster cravings this year. This tented celebration features unlimited access to seven food stations, boasting oysters and seafood served grilled, raw, fried, and in gumbo as well as jambalaya. As icing on the cake, there will be an abundance of Funky Buddha beer (including a special oyster Saison) and live tunes. 6 to 10 p.m. Friday, October 19, at G&B Oyster Bar, 429 Seabreeze Blvd., Fort Lauderdale Beach; eventbrite.com. Tickets are $47.50.


If any town is going to have a Latin Jazz Orchestra, it’s Miami. And that group – known as the Miami Big Sound Orchestra – is venturing up to Arts Garage in Delray Beach for an intimate show. Over the years, the 18-piece orchestra has played Latin Jazz classics alongside the likes of Gloria Estefan, Chaka Khan and Jon Secada. Prepare for a fiesta. 8 p.m. Friday, October 19, at Arts Garage, 94 NE Second Ave., Delray Beach; artsgarage.org. Tickets are $35 to $45.

Fun fact: There is a Paris in Illinois. Among the most famous residents from this tiny town is country star Brett Eldredge. Now a Nashville star, Eldredge and fellow singer-songwriter, Devin Dawson, are hitting Boca this week for the Long Way Home Tour. The tour shares its name with “The Long Way,” the smash single off Eldredge’s latest self-titled album, which topped country charts last year. 6:30 p.m. Friday, October 19, at Mizner Park Amphitheatre, 590 Plaza Real, Boca Raton; myboca.us. Tickets are $45 to $60. 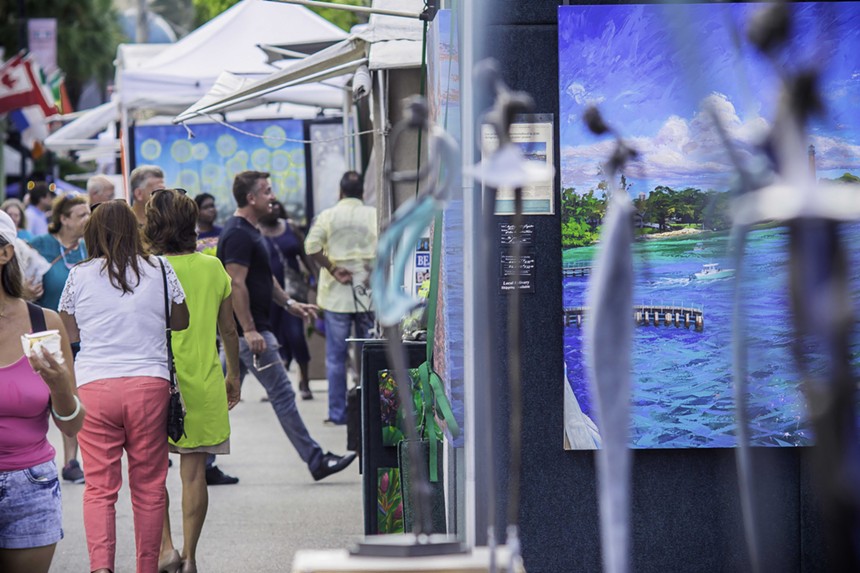 Las Olas Boulevard is getting artsy this weekend. See Saturday (and Sunday, too).
Photo by GatoNova
Saturday

Las Olas Boulevard is regarded as “the jewel of the city” in Fort Lauderdale. Well, the jewel will really be sparkling this weekend as the 31st Annual Las Olas Art Fair owns the street. This year’s artsy spectacle will boast more than 300 artists as well as a new “festival-within-a-festival,” the Live Well Be Well Tour, with booths providing folks tools and resources for healthy living. 10 a.m. to 5 p.m. Saturday, October 20, and Sunday, October 21, on Las Olas Blvd., 600 Las Olas Blvd., Fort Lauderdale; facebook.com. Admission is free.

Barbecue on the beach? Ya can’t do that everywhere, folks. But here in South Florida, these things can happen. When in Rum! is going down on Saturday evening at the B Ocean Resort on Lauderdale Beach, with Captain Morgan rum, BBQ, cigar rolling and live tunes. It’s all happening at the resort’s always picturesque and happening Salty Siren Bar and poolside deck. Cheers! 6 to 9 p.m. Saturday, October 20, at B Ocean Resort, 1140 Seabreeze Blvd., Fort Lauderdale; eventbrite.com. Tickets are $65 to $75.

If you’re going to Revolution Live on Sunday , you’ll be disappointed. However, you can turn that frown upside down knowing the stellar Indie Craft Bazaar is happening there that afternoon. Billed as “like stepping into a real-life Etsy,” the bazaar features more than 65 booths and thousands of unique finds. If you’re looking for something colorful or maybe a new Henna tattoo, this is your spot. Noon to 5 p.m. Sunday, October 21, at Revolution Live, 100 SW Third Ave., Fort Lauderdale; facebook.com. Admission is $5.

Don’t know who Lewis Black is? Stop living under your rock. These days, the Grammy Award-winning, icon is performing more than 200 nights annually. One of those performances will be in Coral Springs on Sunday. He’s had a ton of specials over the years, airing on HBO, Showtime and Comedy Central. And, he’s been in a bazillion movies, including the upcoming The Last Laugh, starring Richard Dreyfuss and Chevy Chase. 7 p.m. Sunday, October 21, at Coral Springs Center for the Arts, 2855 Coral Springs Dr., Coral Springs; thecentercs.com. Tickets are $52.47 to $73.67. 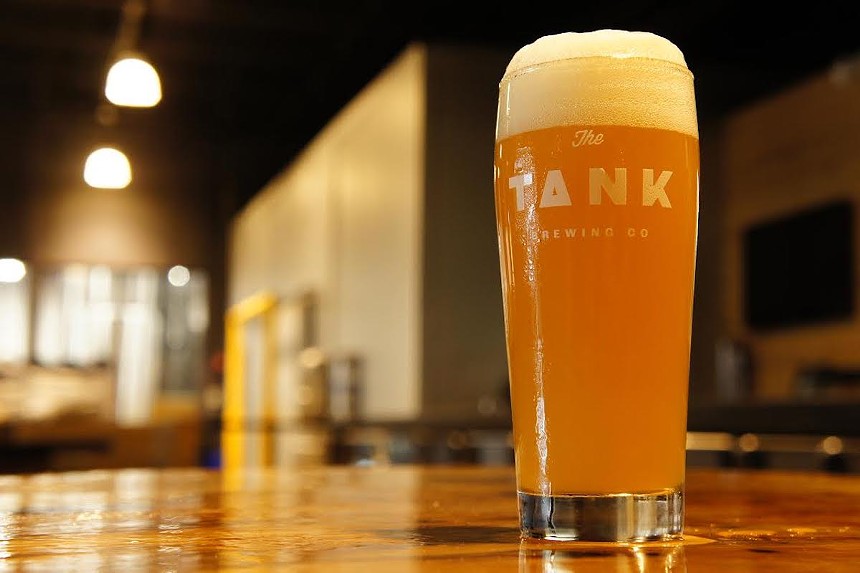 A Brewery Throwdown is about to go down between Miami’s The Tank Brewing Co. and Boca’s Barrel of Monks. The brawl will happen on Barrel’s home turf, boasting tasty food (crafted by Racks Downtown Eatery and Tavern’s Sam Diab) paired with tasty beers from our two competitors. Who will folks pick as their fave? We shall see. But, let’s be real – with so much deliciousness to enjoy in one evening, everyone will leave a winner. 6 p.m. Monday, October 22, at Barrel of Monks Brewing, 1141 S. Rogers Cir. #5, Boca Raton; barrelofmonks.com. Tickets are $55.

Hollywood North Beach Park is set to get a little spooky on Tuesday evening. And, by spooky we mean there will be all kinds of Halloween activities for everyone to enjoy. Halloween on Hollywood Beach hosted by Beach Buddies will have a trick-or-treat hunt, games, canopies, delicious food (hot dogs, chips and water will be provided) and, of course, a big ' beach to play on. 4 to 7 p.m. Tuesday, October 23, at Hollywood North Beach Park, 3601 N. Ocean Dr., Hollywood; facebook.com. Free admission and $6 to park on-site.
KEEP NEW TIMES BROWARD-PALM BEACH FREE... Since we started New Times Broward-Palm Beach, it has been defined as the free, independent voice of South Florida, and we'd like to keep it that way. With local media under siege, it's more important than ever for us to rally support behind funding our local journalism. You can help by participating in our "I Support" program, allowing us to keep offering readers access to our incisive coverage of local news, food and culture with no paywalls.
Make a one-time donation today for as little as $1.