Here Are Three Russian Billionaires Who Own Property in South Florida Aras Agalarov, Vladislav Doronin, and Oleg Misevra are tied to luxury residences in Miami Beach and Hollywood. via Getty Images, East Mining Company, Miami-Dade Property Appraiser, Broward County Property Appraiser
Ever since Russian forces invaded Ukraine last week, the U.S. and its allies have continued their crackdown on wealthy, Kremlin-aligned oligarchs with sanctions and economic penalties, essentially strong-arming them to relocate and even liquidate their priciest possessions — superyachts, sports teams — ahead of potential seizures.

In Sunny Isles Beach, AKA Miami's "Little Moscow," Russians have snatched up enough luxury properties that they're now reportedly concerned about how, or if, they'll be "blacklisted" from buying real estate in the future.

Using property records and news reports, New Times has compiled a list of three Russian oligarchs who own property in South Florida. 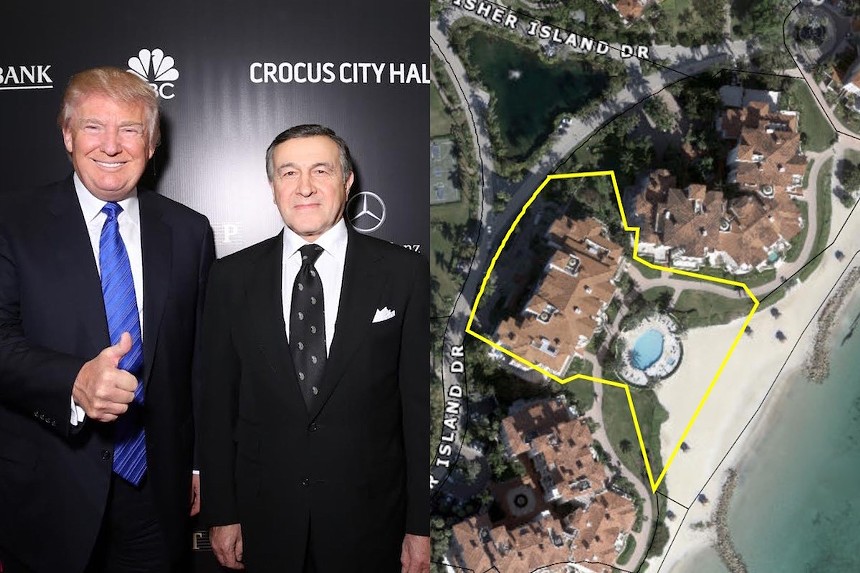 Aras Agalarov, nicknamed the "Trump of Russia," made his reported $1.7 billion net worth through Crocus Group, a development firm he founded that has been awarded a number of Russian state-funded contracts, including the stadium for the 2018 FIFA World Cup Championship in Kaliningrad. He's friends with Russian President Vladimir Putin and former U.S. President Donald Trump.

According to Miami-Dade property records, Agalarov owns a three-bedroom, 2,861-square-foot oceanfront condo on Miami Beach's Fisher Island, the wealthiest zip code in the nation, accessible only by boat, ferry, or helicopter.

The Azerbaijani-Russian billionaire formerly owned another unit on the exclusive island — a four-bedroom, 4,738-square-foot condo at Palazzo del Sol — but he sold it for about $8.5 million in 2018, according to the Real Deal. 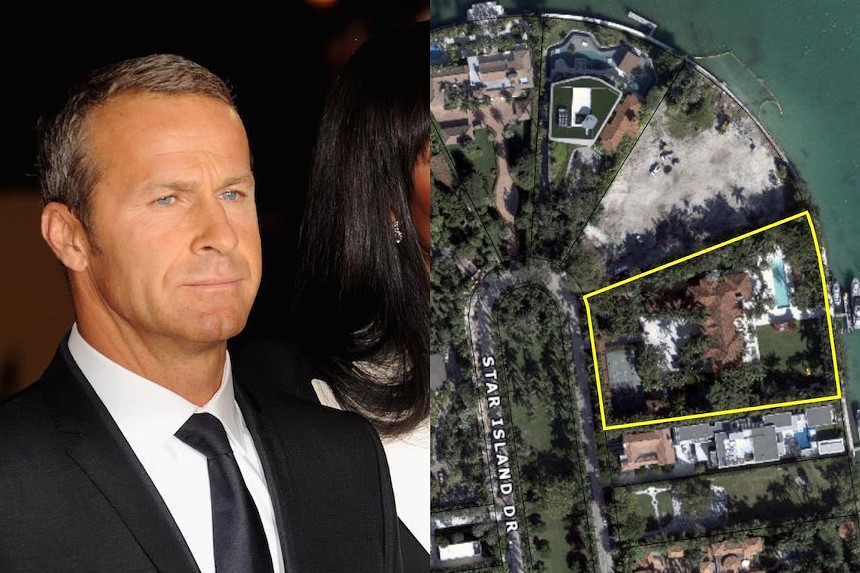 Vladislav Doronin was born in St. Petersburg, Russia, and founded international real estate development firm OKO Group, which has projects in Miami and New York. He also once dated supermodel Naomi Campbell, owns the luxury hotel chain Aman Resorts, and is the developer behind the glitzy Una Residences under construction in Brickell.

According to the Real Deal, Doronin purchased a $16 million waterfront home on Star Island in Miami Beach from Shaquille O'Neal in 2009. Miami-Dade property records list "GARDEN ISLANDS INTL LLC" as the property's owner, but Doronin maintains enough of an interest in the home to complain about a neighbor's design plans to Miami Beach officials last June.

After people protested outside Doronin's Aman New York resort in Manhattan on Saturday, he posted a statement on Twitter denouncing "the aggression of Russia on Ukraine" and noting that he was born in the Soviet Union, "which no longer exists, which comprised both Russia and Ukraine. I left in 1986 before its dissolution and have therefore never been a Russian national. Furthermore, I have not conducted business in Russia for many years."

[Editor's note: As originally published, this story briefly paraphrased Doronin's Twitter statement and mentioned a Real Deal report that Doronin owns a residence near Moscow that was designed by the late Zaha Hadid. A spokesperson for Doronin informs New Times that Doronin no longer owns the property, adding that Doronin is "not a Russian citizen and therefore not an oligarch."] Oleg Misevra is the founder of East Mining Company (EMCO), a coal-mining enterprise based in Russia. The Miami Herald calls him a "coal magnate," and Reuters reports that Putin praised his work during a United Russia party in 2010.

According to Broward County property records, Misevra — via an entity called "SWISS RESIDENCE ALIANCE INC" listed with a Moscow mailing address —  purchased a six-bedroom, 8,170-square-foot penthouse at Trump Hollywood for $6.8 million in 2010.
KEEP NEW TIMES BROWARD-PALM BEACH FREE... Since we started New Times Broward-Palm Beach, it has been defined as the free, independent voice of South Florida, and we'd like to keep it that way. With local media under siege, it's more important than ever for us to rally support behind funding our local journalism. You can help by participating in our "I Support" program, allowing us to keep offering readers access to our incisive coverage of local news, food and culture with no paywalls.
Make a one-time donation today for as little as $1.