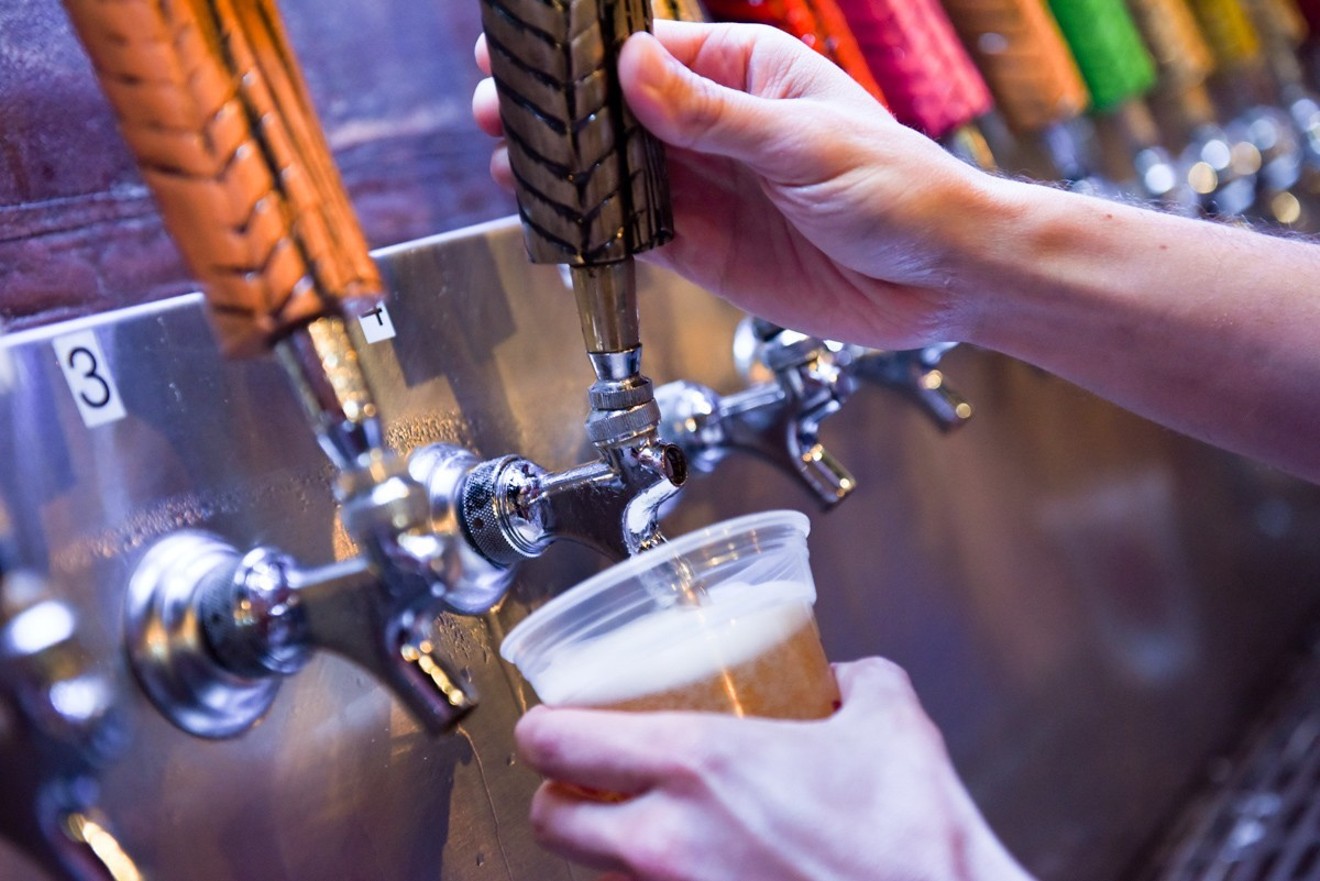 Photo by Christina Mendenhall
Constellation Brands, the third largest beer company in the nation, this past Wednesday reportedly terminated dozens of employees on its craft beer sales team, including at Funky Buddha Brewery in Oakland Park, according to a sales representative who was laid off.

The former employee declined to be identified out of concern for issues with severance pay but told New Times that they were let go unexpectedly yesterday morning and that as many as 49 others, possibly more, were also laid off throughout the country.

Citing a source close to the matter, Beer Street Journal said the layoffs include as many as 60 people. The terminations affect most of the craft beer sales team for Constellation's craft beer portfolio, which also includes Ballast Point Brewing Company in San Diego and Four Corners Brewing Company in Dallas.

Constellation, which is the third largest beer company in the U.S., also owns brands such as Corona and Modelo. The New York-based company purchased Funky Buddha in August 2017 for an undisclosed amount.

However, the layoffs came the same day as news of Constellation's investing at least $4 billion in Canopy Growth, a publicly traded Canadian cannabis company, according to ganjapreneur.com. Constellation Brands is a public company worth at least $6.8 billion.

With its new stake in Canopy, Constellation is expected to delve into making cannabis beverages, specifically cannabis beer. According to the Wall Street Journal, the beer company plans to work with the grower to produce cannabis-infused beers.

Funky Buddha Brewery. 1201 NE 38th St., Oakland Park; 954-440-0046; funkybuddhabrewery.com.
KEEP NEW TIMES BROWARD-PALM BEACH FREE... Since we started New Times Broward-Palm Beach, it has been defined as the free, independent voice of South Florida, and we'd like to keep it that way. With local media under siege, it's more important than ever for us to rally support behind funding our local journalism. You can help by participating in our "I Support" program, allowing us to keep offering readers access to our incisive coverage of local news, food and culture with no paywalls.
Make a one-time donation today for as little as $1.
David Minsky is U.S. Navy veteran and Tulane graduate who has experience reporting on stories from California, South Florida, and the Deep South. He also won some journalism awards. Email or tweet David with story tips and ideas.
Contact: David Minsky
Follow:
Facebook: David Minsky
Twitter: @daveminsky