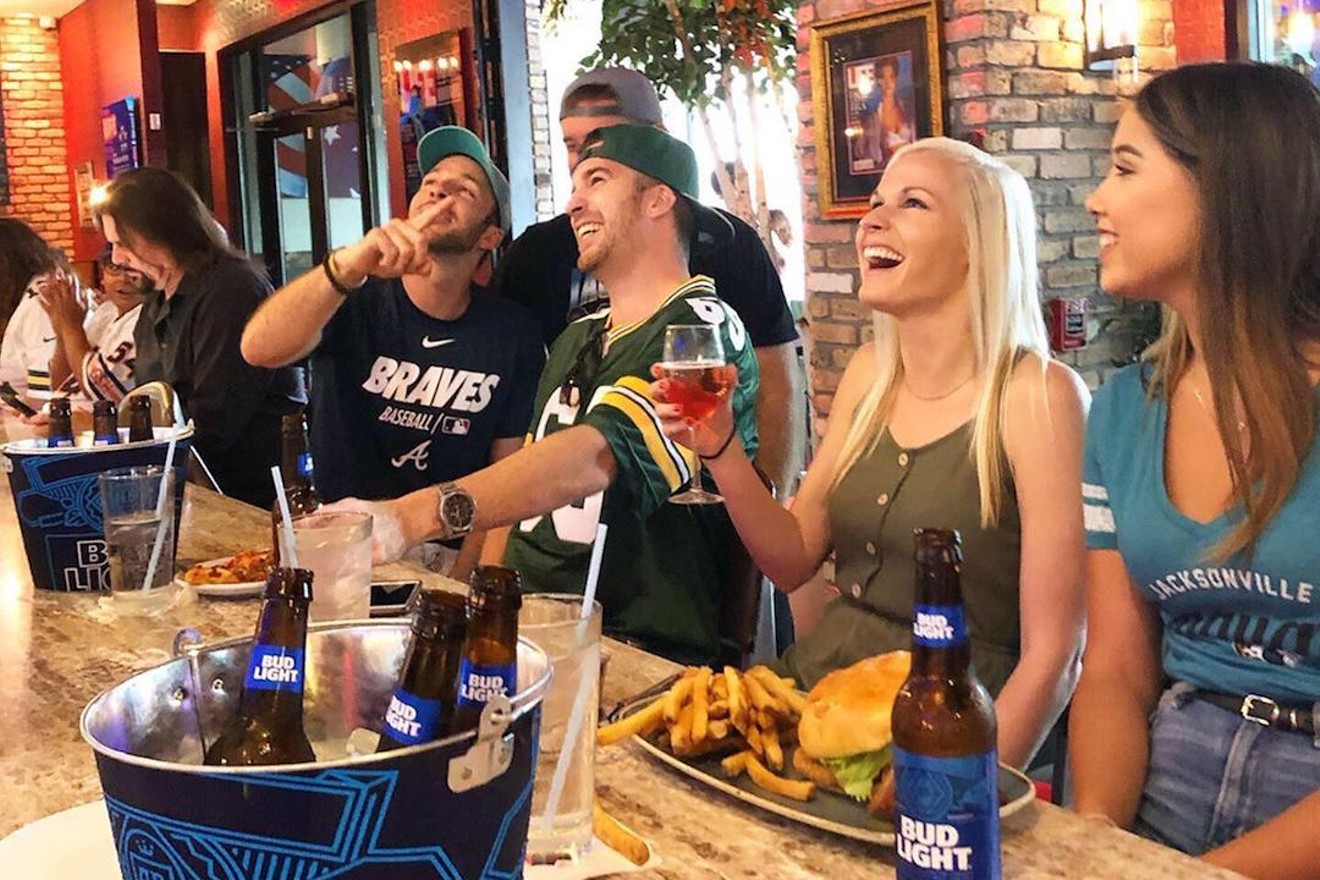 You say you don’t want to sit at home as the most-watched sporting event on Planet Earth takes place in your backyard? Also legit.

It's enough to drive a person to drink. Literally. What you need is a good bar — one that's equipped with decent TV screens, passable sight lines, reasonably priced drinks (maybe food too), and ambiance worthy of game day.

With that in mind, below are the ten best bars in Fort Lauderdale to watch the big game, listed in alphabetical order.

835 NE Third Ave., Fort Lauderdale
954-257-0026
twentysevenbar.com
A bar where you can have a nice cocktail when your team is winning — and throw things when you’re sad? Look no further than 27 Bar & Lounge in Flagler Village. TV screens abound at this open-air spot, whether you’re parking yourself at the expansive bar — which serves cocktails such as the coconut-rum-infused Florida Breeze and the tequila-based Light My Fire — or the turf-covered outdoor space. When the team you impulsively bet on begins to fall apart, 27 Bar has you covered with therapy in the form of cornhole and bucketball. 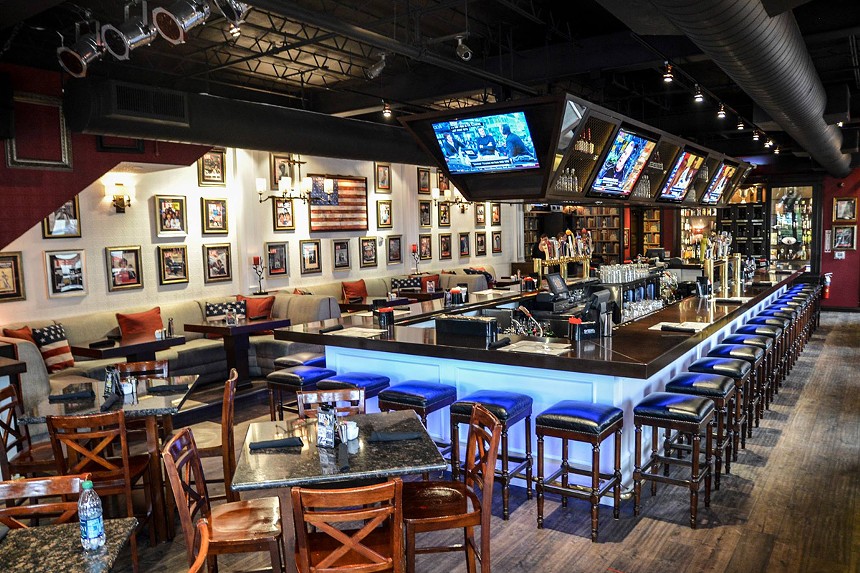 American Social's cozy yet hoppin' atmosphere may be just right for your Super Bowl experience.
Photo courtesy of American Social

721 E. Las Olas Blvd., Fort Lauderdale
954-764-7005
americansocialbar.com
Folks pouring onto the streets is an average night at American Social, so don't expect the Super Bowl to be an exception. This Las Olas hot spot sports eight TV sets around the bar and comfy couches lining the perimeter. If you want to snag a prime spot, you’ll either want to make a reservation or arrive early. On the booze front, you can fancy up your big-game experience with a $14 cocktail such as the AmSo Mule, a cucumber fizz, or a white peach margarita. Blondie's is known for ice-cold buckets, simple eats, and a rowdy vibe.
Photo by Jesse Scott

229 S. Fort Lauderdale Beach Blvd., Fort Lauderdale
954-728-9801
itsbetteronthebeach.com
If you’re looking to turn up without the pretentiousness, Blondie’s is your spot. This Fort Lauderdale Beach staple offers TVs everywhere, buckets o’ beer 'round the clock, and grub you’d find at a house party — including jalapeño poppers, mozzarella sticks, chicken tenders, potato skins, and wings. If the game stresses you out, walk out front, take in a panoramic ocean view, and breathe deeply before heading back to the gridiron. 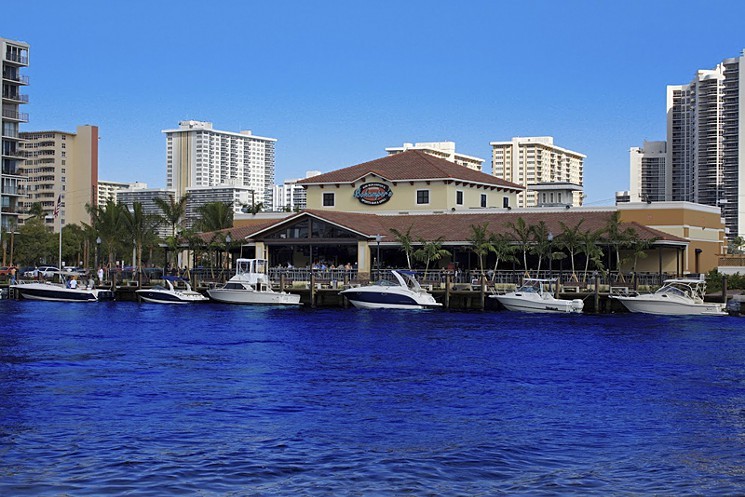 Bokamper's Fort Lauderdale has more TVs than we count, spanning its massive indoor and Intracoastal-adjacent spaces.
Photo courtesy of Bokamper's

3115 NE 32nd Ave., Fort Lauderdale
954-900-5584
bokampers.com
TVs, TVs, and more TVs — at Bokamper's, there’s no such thing as a bad seat for any big-time game. To complement the setup, Bo’s boasts $4 and $5 shot specials and a diverse food menu (from wings to sushi), as well as a massive open-air patio. Bokamper’s also has locations in Plantation and Miramar. And its sister establishments in Fort Lauderdale, all of which are equipped with plenty of TVs to display NFL action, include the Balcony and Bo’s Pub on Las Olas Boulevard and Bo’s Beach on Fort Lauderdale Beach.

837 N. Fort Lauderdale Beach Blvd., Fort Lauderdale
954-565-4446
mcsorleysftl.com
McSorley’s Beach Pub consists of three levels, each with its own vibe. The first level is dressed up with ocean-themed artworks (and TVs) and gives off an honest-to-goodness pub vibe. The second level is a bit darker and clubbier, with fewer lights and a sleek bar serving a diverse selection of wine, beer, seltzer, and liquor. Then there’s the rooftop: an open-air patio equipped with a larger-than-life projection screen and panoramic ocean views. So pick one level and settle in, or if you're the peripatetic type, bounce around.

401 NE Eighth St., Fort Lauderdale
954-562-5966
facebook.com/RecRoomFTL
A new player in Flagler Village’s increasingly hip environs, Rec Room is a Florida Gators bar during college football season. But come Super Bowl Sunday, it’ll be a solid spot to catch the action and have some fun while you’re at it. On one side, there’s a cozy bar, a shuffleboard setup, and duck-pin bowling (free!). Walk through a door to Rec Room’s other side and you'll get more of a retro living-room feel, with a handful of TVs, couches, tables, and another bar.

911 Sunrise Lane, Fort Lauderdale
954-563-1493
facebook.com/World-Famous-Parrot-Lounge
A longtime Philadelphia Eagles bar, the Parrot Lounge nonetheless has always welcomed fans of all teams. This year, the bar celebrates its 50th year in business, and its longevity is no accident. The beer is always cold, the staff is friendly, there’s a genuine neighborhood-bar atmosphere, TV sets abound. Bring an appetite: The cheesesteak is one of the best you'll find outside Philly.

350 E. Las Olas Blvd., Fort Lauderdale
954-617-7447
royalpigpub.com
Fort Lauderdale loves bottomless everything. Why should the Super Bowl be an exception? At 5 p.m. on game day, the Royal Pig will kick off its specials, including a $10 burger, beer, and fries deal, as well as $27.97 bottomless Grey Goose cocktails. By game time, you’ll be well prepared to watch the proceedings either indoors at the well-appointed bar or outdoors on the covered patio. 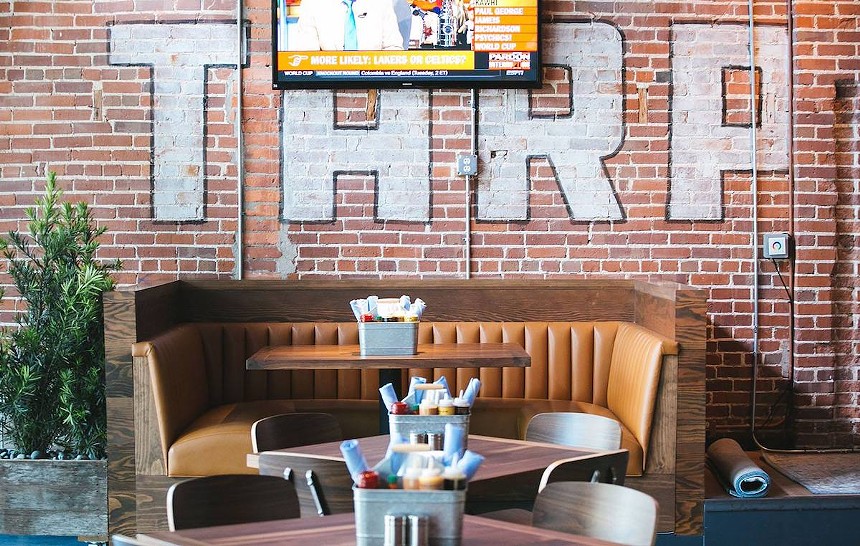 Bucket specials will be on tap for Super Bowl Sunday at Township FTL.
Photo courtesy of Township FTL

219 S. Andrews Ave., Fort Lauderdale
954-338-4070
townshipftl.com
Massive! Township is a massive bar (6,800-plus square feet) with a massive number of beer taps (72) and a massive number of TV monitors lining the walls. On game days, Township offers bucket specials on Bud Light (five for $19) and White Claw ($22), $3 one-third-liter steins, and 20 percent off sharable bites and pretzels. If you're hungry for a hearty meal, Township serves its takes on what it calls urban street fare, including a mac-and-cheeseburger, a char-grilled salmon platter, and a must-try key lime pie (for the win!). 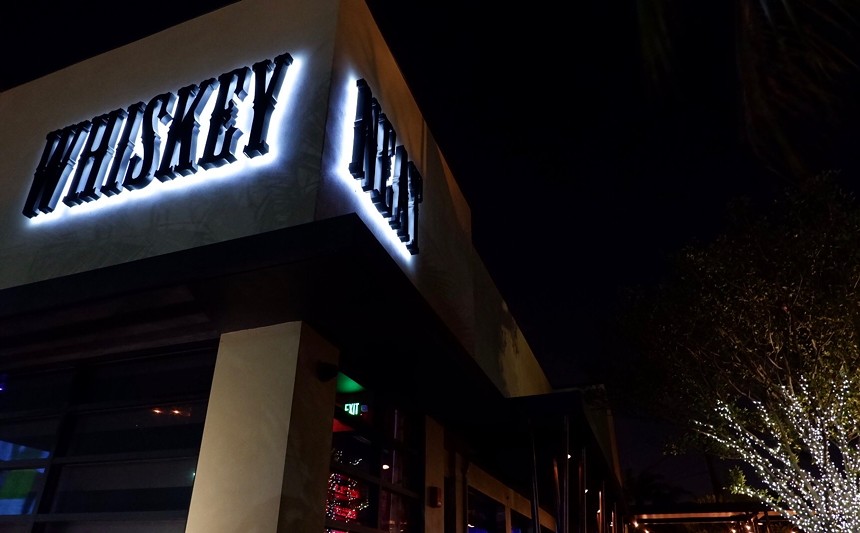 1035 SE 17th St., Fort Lauderdale
whiskeyneatbar.com
Whiskey Neat — Fort Lauderdale’s unofficial Baltimore Ravens bar — would have been a total zoo had the home team made it to the dance. But it remains a stellar spot to take in all the gridiron action, boasting a handful of huge monitors, a cozy vibe, bottles upon bottles of top-shelf whiskey, and an impressive cocktail menu that lures you in with drinks such as the Jack D. Armstrong: double rye, chocolate bitters, brown sugar, a black cherry, and orange zest smoked on a cedar plank. Find Whiskey Neat adjacent to sister property Quarterdeck, which boasts oodles of TVs too.
KEEP NEW TIMES BROWARD-PALM BEACH FREE... Since we started New Times Broward-Palm Beach, it has been defined as the free, independent voice of South Florida, and we'd like to keep it that way. With local media under siege, it's more important than ever for us to rally support behind funding our local journalism. You can help by participating in our "I Support" program, allowing us to keep offering readers access to our incisive coverage of local news, food and culture with no paywalls.
Make a one-time donation today for as little as $1.