Here's How to Get Tickets for Hamilton in Miami, West Palm Beach 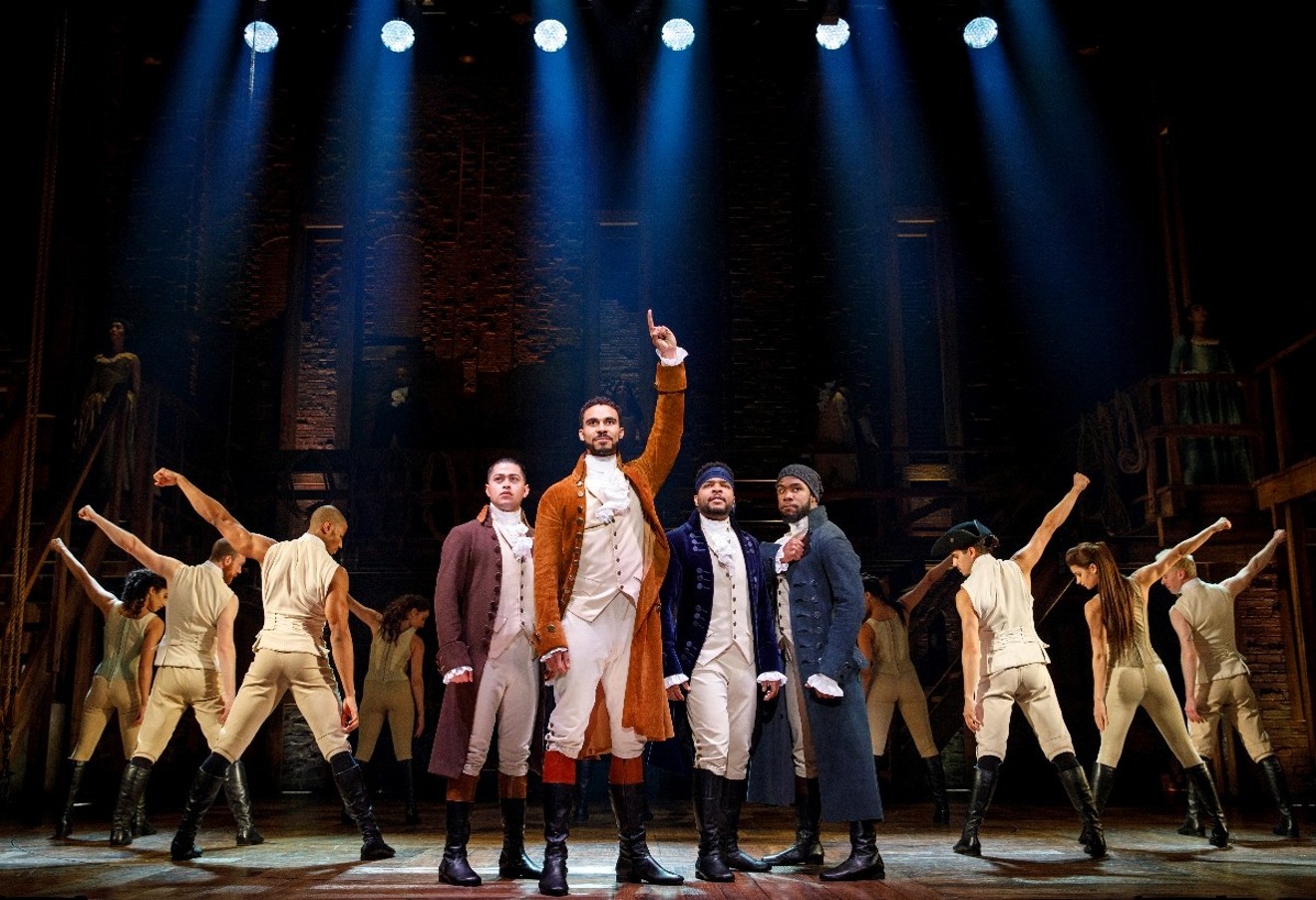 More akin to a pop culture lightning bolt than a run-of-the-mill Broadway musical, Hamilton tells the tale of the Founding Fathers through rap music. In 2016, Hamilton won 11 Tony Awards, including Best Musical, Best Performance by a Leading Actor in a Musical, Best Book, Best Score, Best Choreography, and Best Direction. Later that year, it received the Grammy Award for Best Musical Theater Album and the 2016 Pulitzer Prize for Drama.

Now, finally, South Floridians will have a chance to see what the fuss is about when Hamilton: An American Musical stops at the Kravis Center for a three-week run beginning January 28, 2020. The production then moves on to the Adrienne Arsht Center in Miami February 18 through March 15. The shows follow Hamilton's run at the Broward Center from December 2018 through January 2019, and tickets are sure to go quickly: Hamilton sells out in just about every city in which it tours.

Here's all the information you need to snag these coveted tickets — do not throw away your shot!
There will be separate procedures for purchasing tickets for the show in Miami and West Palm Beach, but there are some similarities: Individual tickets for both venues will go on sale to the general public at 9 a.m. Saturday, November 23, on the Arsht Center's and Kravis Center's websites. A presale for Arsht season ticket subscribers and members is now available, but tickets can be purchased only by using a special code.

Gino Campodonico, PR director for the Arsht Center, recommends that online ticket buyers create an account at arshtcenter.org ahead of time. The morning of November 23, visitors will be directed to a virtual waiting room if they arrive before 9 a.m. When tickets for the Miami shows go on sale at 9 a.m., all users in the waiting room will be randomly assigned a place in line. Tickets cost $70 to $199, and premium seats will sell for $399.
It’s advised that anyone trying to buy tickets to the Kravis Center shows also make accounts at kravis.org before trying to buy online. Tickets for the West Palm Beach performances range from $67.50 to $207.50, with a select number of premium tickets available for $407.50. A similar virtual waiting room and randomized line assignment system will be in place when tickets go on sale November 23.

Ticket buyers should be aware that online purchases will be limited to eight tickets per household; any tickets purchased over this limit will be canceled without notice.

A limited number of tickets will also be available at the centers’ box offices the morning of November 23. The Arsht Center will allow lines to form at 7 a.m. and begin selling tickets at 9 a.m. The Kravis Center will operate under the same schedule, although its parking garage will open at 6:45 a.m. Tickets will also be offered through the Kravis Center’s phone service beginning at 9 a.m. the same day; the Arsht Center will not have a similar program.

Hamilton also offers a ticket lottery for each show, including all touring company performances, through its mobile app.

The #Ham4Ham lottery opens at 11 a.m. two days before each performance and closes at 9 a.m. the day prior to the show. Lottery entrants will receive notifications around 11 a.m., and tickets will be available for purchase between 11:01 a.m. and 4 p.m. the day before the performance. Tickets available through the lottery cost $10 and must be picked up at the corresponding venue’s box office with a valid photo ID that matches the name drawn. Even though participants are limited to one entry, each winner can buy two tickets if their name is drawn.

Hamilton: An American Musical. February 18 through March 15, 2020, at the Adrienne Arsht Center for the Performing Arts, 1300 Biscayne Blvd., Miami; 305-949-6722; arshtcenter.org. Tickets cost $70 to $399.
KEEP NEW TIMES BROWARD-PALM BEACH FREE... Since we started New Times Broward-Palm Beach, it has been defined as the free, independent voice of South Florida, and we'd like to keep it that way. With local media under siege, it's more important than ever for us to rally support behind funding our local journalism. You can help by participating in our "I Support" program, allowing us to keep offering readers access to our incisive coverage of local news, food and culture with no paywalls.
Make a one-time donation today for as little as $1.