This Broward County institution announced its closure suddenly this past winter through an email notification about a clearance sale, and the cries of horror were nearly audible. Nearly every Gen-X and Y music geek in the tricounty area had made a pilgrimage at some point to the store, which was South Florida's original temple to independent culture. It had all the classic record-store fixin's, including dusty vinyl, locally produced CDs, and perhaps overly knowledgeable employees. Through its nearly 30 years in existence, Uncle Sam's remained dedicated to hosting kick-ass in-store performances, even operating a separate, adjoining Loft at Uncle Sam's venue for a few years earlier this decade. Blame iTunes, blame PirateBay, blame the big, bad economy in general — either way, a piece of local music history is gone. RIP. But all is not lost — at least the Miami Beach location remains open.

You can't recall exactly how the romance started, but the flirtation began at the intersection of Federal Highway and NE 26th Street. Every day, you drove by and there she was, resting outside the Vespa shop, beckoning. Her dragon-red paint job teased you with its gleam. You knew you needed to take her home, but you were conflicted: A girl like that must come with strings attached. Fortunately for you, her baggage was minimal and the negotiation was quick, painless, and, hell, even fun. Now the two of you are inseparable; your only regret being that it took you so long to have met. This is all due to Vespa of Fort Lauderdale's staff. Knowing that love triumphs all, they stand back while you peruse the glittering collection of Italy's finest. When deal time hits, there's no need to bring muscle. Here, prices are prices. No greasy dudes twisting toothpicks and saying crap like, "What do I have to do to get you on this model and driving home today?" When you do purchase that sweet, sweet Vespa, you'll drive away knowing that your love affair is starting with a clean slate. No secrets. No lies. No red flags. Enjoy it, Romeo. And take good care of her. She's the whole package.

South Florida's underground music scene is constantly going through reinvention. Bands form, flourish, and extend their tentacles beyond the peninsula's watery tips, then vanish. It's evolution with a backbeat, and nobody documents the phenomenon with more aesthetic prowess than local silk screeners Iron Forge Press. The Forge is owned and operated by dudes with esteemed local musical lineages and dozens of years of combined design skills. Before they expanded to silk screen, our region had little to brag about in counterculture visual arts, a cornerstone of any city worth its musical spit. Now these designs have expanded to include a boutique fashion collection of archival rock photography, private clothing lines for professional athletes, and hoard-worthy poster art for touring rock acts like Kanye West, Captured! By Robots, and High on Fire. But even with such growth, Iron Forge puts locals first, letting its artistic thumbprint increase our region's rock 'n' roll street cred. As true designers' designers, these typography dorks get wild-eyed when discussing their mountains of available fonts. Their excitement only increases when topics switch to paper grades, textiles, and ink types. Bring up phosphorescence and they squirm with glee. And really, that's what their success comes down to: They aren't simply accomplished artists. They are driven by a passion to express music and art's interconnections. A force so strong that they are constantly creating, fine-tuning, and toiling as their eyelids grow heavy and their fingers collect sedimentary layers of ink. Iron Forge Press, we salute you.

OK, so this is the kind of tattoo shop where you hang out — and the staff wants you to. Owner Holden Ritchison, a big Santa Claus of a man, started this new shop just a few doors down from the Culture Room. With an open-plan space that looks more like a den, Formula Ink has the best abandoned boyfriend/girlfriend section ever — a huge couch, a huge TV, and a selection of DVDs and magazines. Formula Ink is home to some of the best-kept-secret artists in town. Ritchison excels at huge-scale, deftly shaded, jaw-dropping traditional Asian work. What's more, his prices are shockingly fair for custom sitdowns. Ask him for a quote, but you'll be more than happy to hand over the cash for an experience that will leave you smiling.

Despite the unassuming, narrow exterior of its original downtown Fort Lauderdale location, Colorfast packs a mammoth-sized artistic punch. The waiting area is bright and clean but no-nonsense. Although the staff is friendly, Colorfast is not necessarily where you come to waste time and mess around. It's where you go to get some seriously sick work done. Like any earnest tattoo shop, the place specializes in custom work (unlike more money-grubbing shops, though, they never charge to draw up a design). While someone here can deftly handle all styles, these artists truly excel at the bold and bright. See owner Vince for large-scale, flawless Asian and traditional work in prismatic colors that pop. Scott's your other go-to guy for standout neo-traditional designs as well as elegant script. Or see B.J. for more of that but with a twisted sense of humor. In a visually offensive ink world of cheesy flash, tribal and Asian eyesores, and sob stories on reality TV, these guys are fighting the good fight for the classic artistry of tattooing.

Fashion-forward women know one thing about thrifting: Shop where the drag queens donate. It's a simple rule and one that will score you bounty beyond your wildest wishes. Size 11 patent-leather pumps? Check. Amazing accessories? Yep. Fancy evening wear? Just take out the shoulder pads and it's perfect! So where does one find such a collection? The Poverello Center, of course. This thrift mecca not only features spectacularly flashy women's apparel; it's also a treasure-trove of housewares and bric-a-brac. The reason is intuitive: Poverello funds important and necessary HIV/AIDS outreach programs throughout Broward County, and because social consciousness and great taste are synonymous, it makes sense that this is where the stylish, politically aware donate. Business has grown so much at Poverello that they are now open on Sundays to accommodate their many dedicated shoppers. So hit it up; you'll look radiant in those golf-ball-sized pearls. 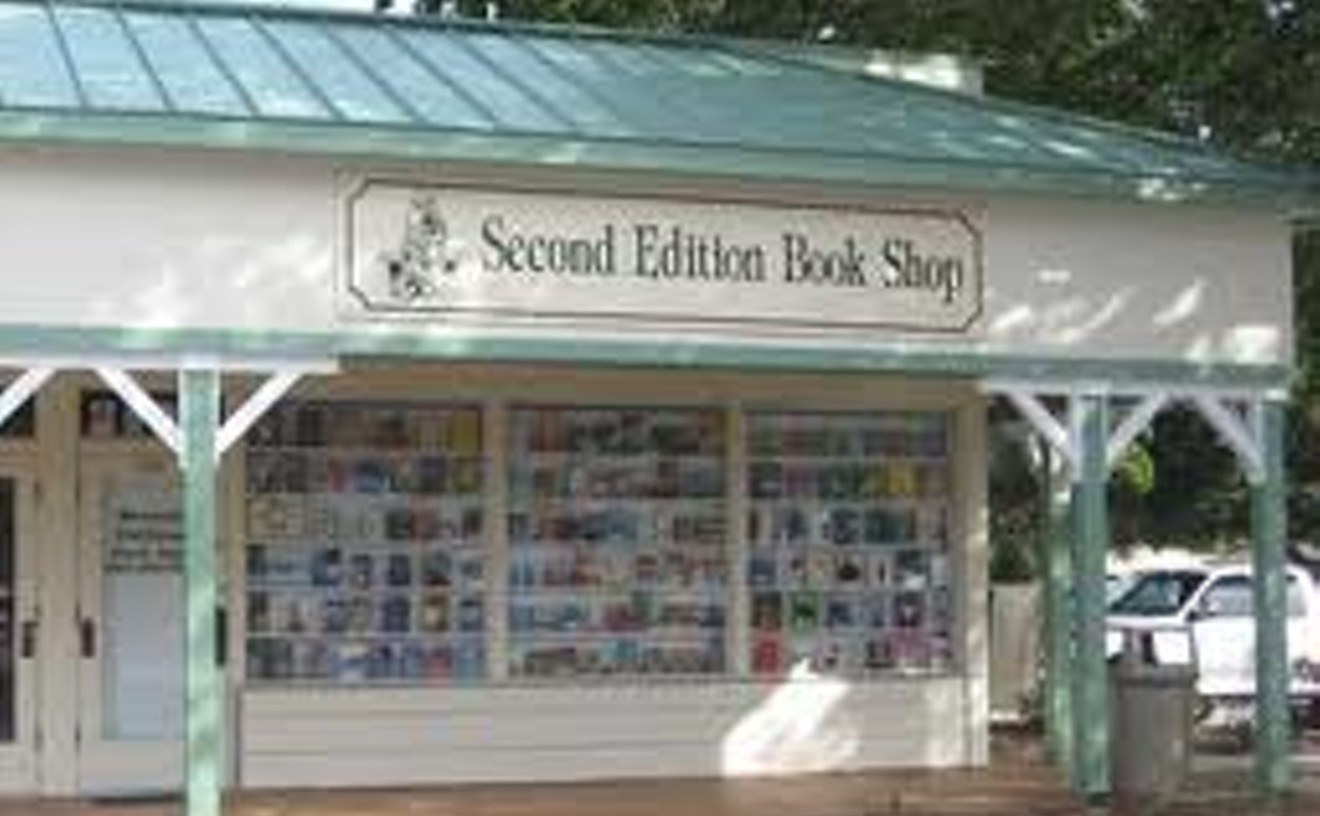 There's a store hidden away in Lincoln Park Plaza in Davie that seems very out of place. Walk through the door of Second Edition Book Shop, where comfy, overstuffed leather chairs are tucked away in the corners, and suddenly you're miles away from strip malls and traffic-choked roads. A cheery voice beckons from behind countless bookshelves, welcoming you to what seems more like someone's personal library than a used-book shop. The owners of Second Edition have their customers' comfort — and budgets — in mind. Bring in any four paperback books (in presentable condition) and you can grab any book off the shelf at no cost. Those who don't want to dilute their own libraries can buy most books in the store for half the original cover price or less. Second Edition carries mostly paperback fiction, but it has enough biographies, hardcover books, and children's tales to ensure that everyone will find something he or she wants. Plus, if they don't have what you're looking for, they'll do their best to get it for you. Second Edition feels more like going to a friend's house and trading books than walking into a retail establishment, and there's something refreshing about that. 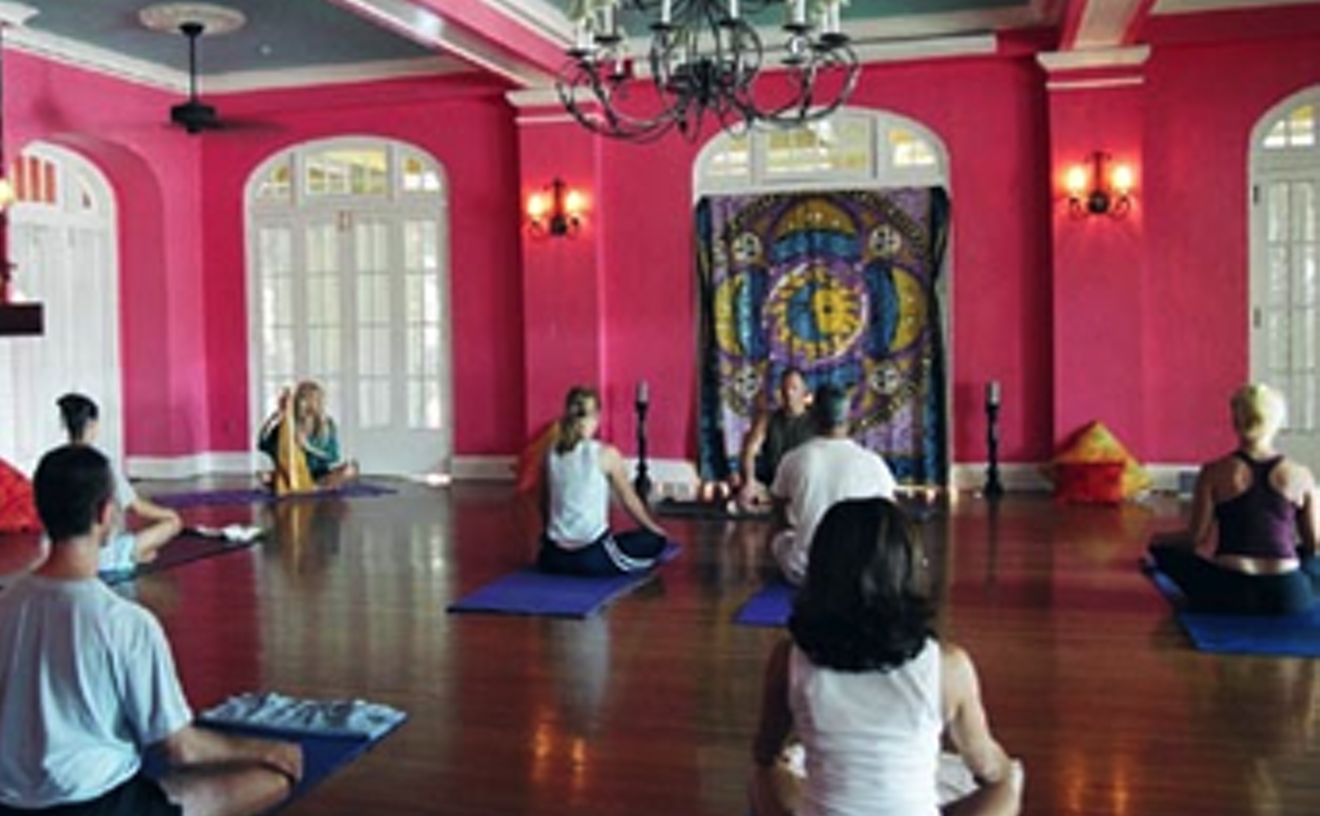 Try as you might, you lack self-control. It would be nice if you were part of that specially selected few with the ability to follow a yoga routine at home, without a guide coaxing them through completion. But you are not. The flipside, of course, is that you can stretch and bend in the company of South Florida's finest yogis: the staff of Red Pearl Yoga. More than a traditional yoga den, this loft space is warm, breezy, and forever inviting. It's a judgment-free zone where lost sheep aren't shamed after months of absence. Instead, diehards simply smile and scoot over so you can pick up where you left off — clumsily folding yourself into pretzel-like shapes before promptly tumbling over. In this magical studio, sunbeams reach through the open windows and extend along the floor, allowing you to roll around and warm yourself like a cat while opening up your chakras. Caring leaders, like Karen Gavrilov, roam as they guide, gently repositioning you from "ugh" to "ahh" postures. But the best thing about Red Pearl? Here, exercise doesn't feel like work. It feels like a welcomed reward. 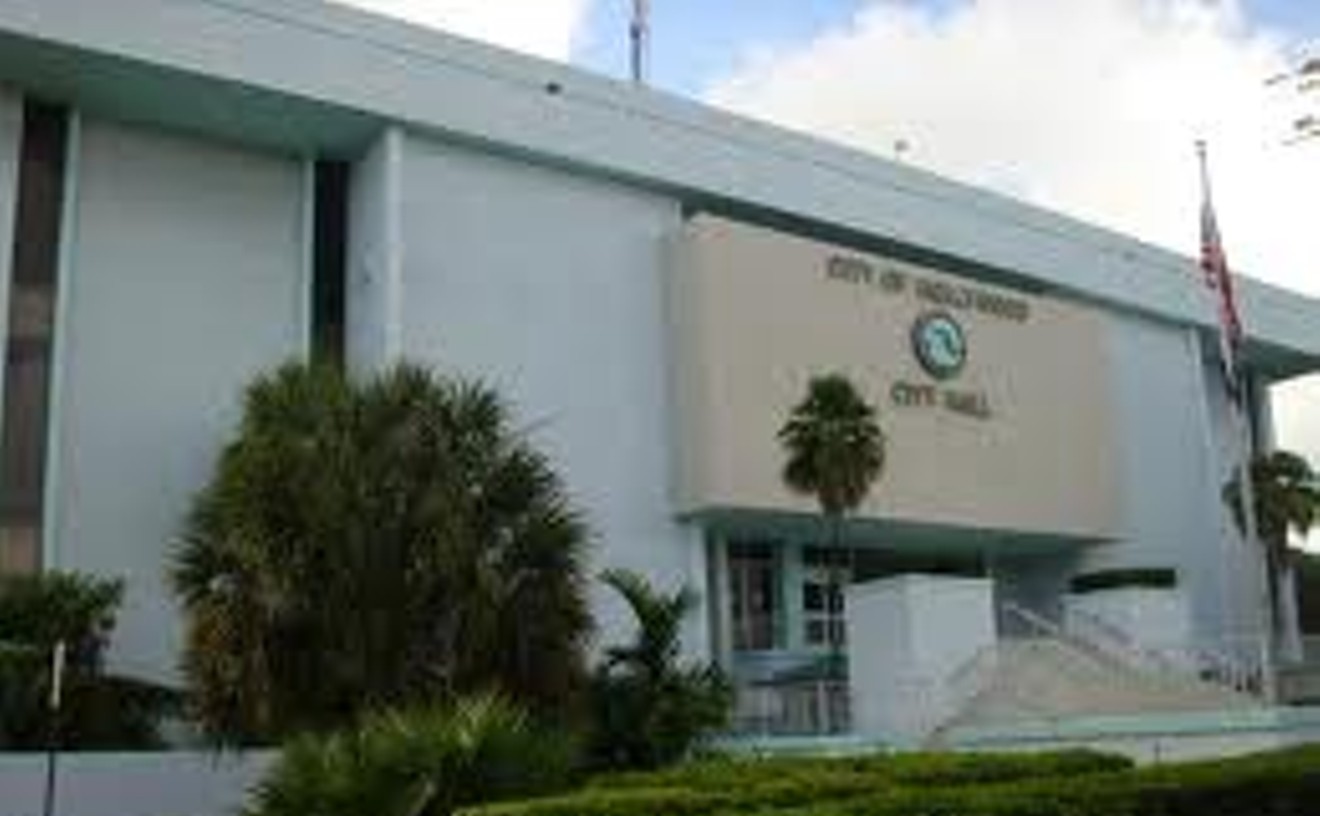 One of the first things to get slashed in personal budgets during rough economic times is entertainment. It's hard to justify spending $30 on the newest hardcover teen vampire love story when the power bill is looming, but the government is here to bail you out. The Hollywood Branch of the Broward County Library is a sprawling, two-story shrine to the written word and self-education of every kind. Aside from the obvious catacombs of books, countless groups meet there to conduct meetings, seminars, speeches, lectures, and children's activities almost every night of the week. These events range from a monthly screenwriters meeting to beginner Spanish classes to creative writing seminars to celebrations of famous authors' birthdays. The best part: They're all free and open to the public. It's not every day you can learn Spanish, celebrate Dr. Seuss' birthday, and pick up a half dozen novels without spending a dime. Oh wait, maybe it is.