The Caldwell's Clybourne Park cast was an embarrassment of riches, chockablock with so much A-list local talent that it almost didn't know what to do with all of it. The play looked at the shifting tides of racism in two acts separated by a generation of time, a conceit that gave the seven-piece cast 14 characters to portray. The ensemble included Gregg Weiner, imposing as ever as a bespectacled, overtly racist stuffed suit turned frustrated Everyman; Cliff Burgess as a boisterous reverend turned gay realtor; Margery Lowe as a deaf-mute housewife turned politically correct liberal mouthpiece; Karen Stephens as an obedient housemaid turned homeowner in "postracial" America; and Kenneth Kay as an American Dream-embodying 1950s nuclear dad turned modern-day construction worker. In a play about hidden bigotry and racial discord, the cast was nothing less than unified, harmonious in their characters' un-P.C. squabbles.

Who is Elvire Emanuelle? The young Virginia Commonwealth University grad who studied acting with Richard Zavaglia stunned audiences at the Women's Theatre Project, more than holding her own against South Florida acting heavyweights such as Lela Elam and Karen Stephens. Set against the ruthless backdrop of Liberian civil war, Emanuelle portrayed a 15-year-old captive — the initially helpless fourth "wife" of a rebel officer — who develops the capacity to kill, over the play's grim and exhausting duration. Her character is the crux of the play's unsettling commentary on the human capacity for violence, and her transformation brings the playwright's frightening ideas to vivid fruition.

The Mosaic Theatre turned 10 this past season, and what a birthday celebration it's been. In early 2010, the theater suffered a rare misfire in the form of the musical Make Me a Song: The Music of William Finn. Since then, it has been one winner after another, like Dying City, the South African diamond-diving drama Groundswell, the energetic and absurdist hilarity of Completely Hollywood, the witty and moving award contender Collected Stories, and the uproarious ensemble piece The Irish Curse. The latter broke attendance records for the theater and prompted the playwright, Martin Casella, to book a flight down here to see it. With Dusk Rings a Bell, the latest from The Laramie Project's Stephen Belber, and Sam Shepard's newest work Ages of the Moon this summer, Broward County's most provocative theater shows no signs of resting.

When Christopher Shinn's Dying City — a difficult and sobering triangle among the widow of an Iraq War veteran, the dead soldier himself, and the soldier's identical twin brother — debuted at Mosaic Theatre last spring, audiences and critics were divided over the source material. It wasn't exactly a fun, joyous night at the theater, and some found the material heavy-handed. But there was something of a consensus when it came to the production itself, which artistic director Richard Jay Simon handled with tenderness, sensitivity, and palm-sweating intensity. Erin Joy Schmidt and Ricky Waugh both spelunked their characters to previously unseen dramatic depths, and Mosaic's technical team created authentic ambiance all around the elegant set.

That Motherhood: The Musical actually stood out as the best musical in Broward or Palm Beach counties over the past 12 months is a genuine shocker. On paper, it's hardly impressive; it's produced by the same team that gave us Menopause: The Musical, and the play's references are as dated as the jokes are corny. But the production was Broadway-ready, with top-shelf lighting, sound design, and props presented with effortless aplomb. The songs were belted out with such gusto by the outstanding four-piece "momsemble" that you could overlook the fact that they were about Costco and "leaking."

Here was a set that said a lot by saying very little. Mosaic is best-known for its sprawling set designs, like the ones for Dead Man's Cell Phone and Why Torture Is Wrong, and the People Who Love Them. These are tours de force of horizontal continuity that stretch across multiple locations. In its compact confinement, Collected Stories couldn't be more opposite. The majority of the work takes place in a cramped Greenwich Village apartment beginning in the 1980s. Douglas Grinn evokes this setting with loving accuracy, down to such quotidian details as the type of magazines that would rest atop the coffee table and the squeaky, perpetually jammed windows, to which anyone who has ever lived in the Village — which no doubt includes many South Florida theatergoers — can relate. You could practically reach out and feel the dust clinging to the letter-bound tomes stuffing the living room's bookshelves. All of this combined to exude a romantic feeling, appropriate for a play set in what was, for writers both aspiring and established, very much a romantic place at a romantic time.

"Inspired by Nature: Beyond Function" 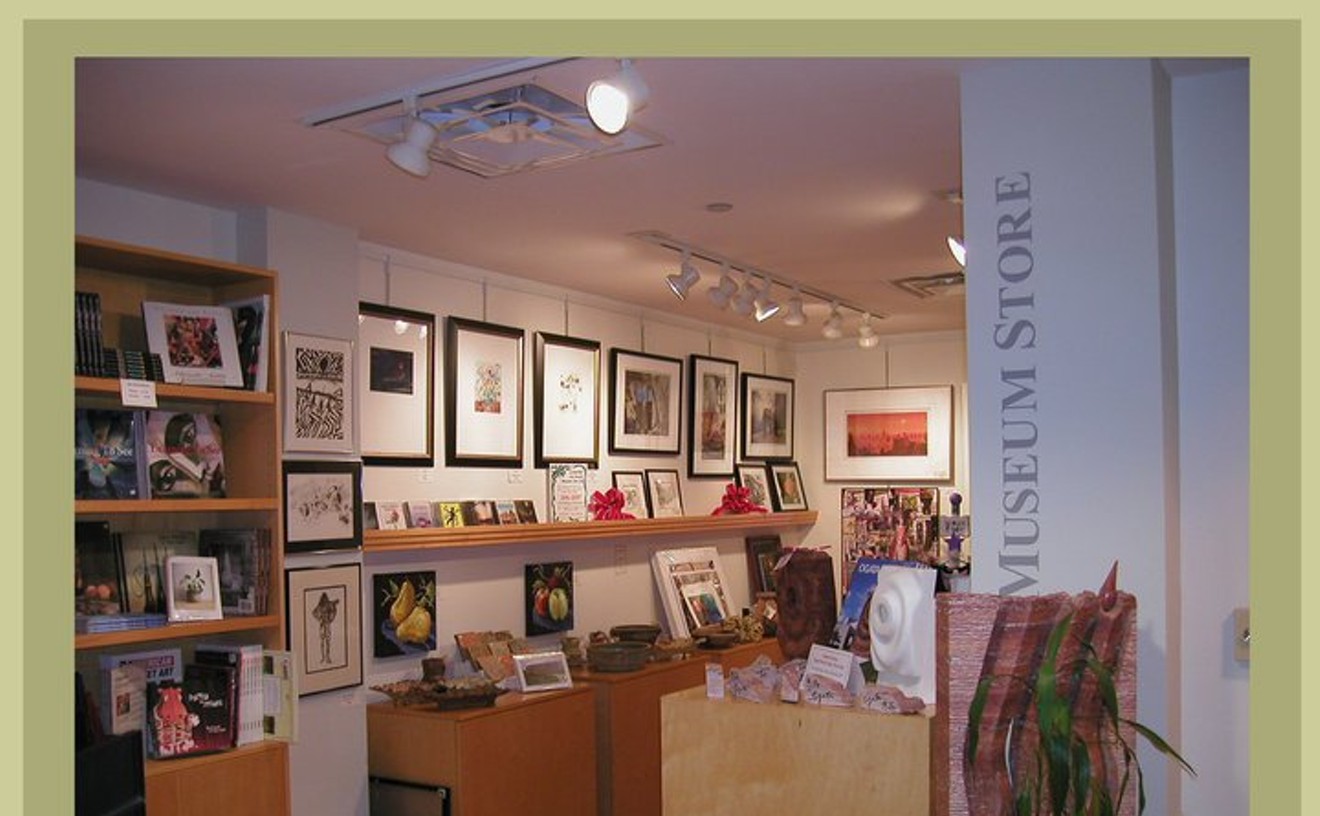 It's rare to find two artists whose styles are as in tune as Jan Kolenda and Bob Bagley's, and it's rarer still to run across a museum show that plays them off each other as well as this joint exhibition at the Coral Springs Museum. Kolenda works with clay. Bagley is a woodworker. Each had segments of the exhibition devoted to his or her own work, along with a handful of pieces the two artists collaborated on. The marvel, though, is that the works mingled as freely as if they had sprung from the same sensibility — one that prizes the organic over the inorganic, form over function, beauty over practicality.

"Elvis at 21: Photographs by Alfred Wertheimer"

Photography is all about capturing the moment, and no show this year captured its cultural moment as well as this collection of photographs from 1956. That's when a beautiful young man named Elvis Presley was just two years into his soon-to-be tumultuous career and poised to change American pop forever. Alfred Wertheimer was a young photographer-for-hire who had never even heard of Elvis when he spent two brief periods with the singer. But the lensman's instincts were such that his hungry eye was able to catch images that resonate to this day. The exhibition was full of privileged moments filtered through a photographer who knew he was onto something, such as the justly famous image of the singer kissing a young woman he had just met in a hotel diner. The show let us bask in the idea of Elvis as an avatar of potential — Elvis caught in the process of becoming himself.

The best photographers succeed at freezing highly specific instants — arresting the flow of time and isolating fragments that refine and define it. Richard Avedon, who was one of the best of the best, defined whole eras of our visual culture through his camera lens. This retrospective at the Norton included more than 150 photographs he took for Harper's Bazaar, Vogue, and the New Yorker (where he was, amazingly, the first staff photographer). The focus may be fashion, but the exhibition and its hefty catalog handily transcend that rarefied world to preserve glimpses of crystallized history. Starting on location in the 1950s and later moving into the studio environment, Avedon rightly realized that fashion isn't just about the clothes; it's about the personalities that inhabit them, and over the course of decades, he mastered the art of distilling personality to its ineffable essence. 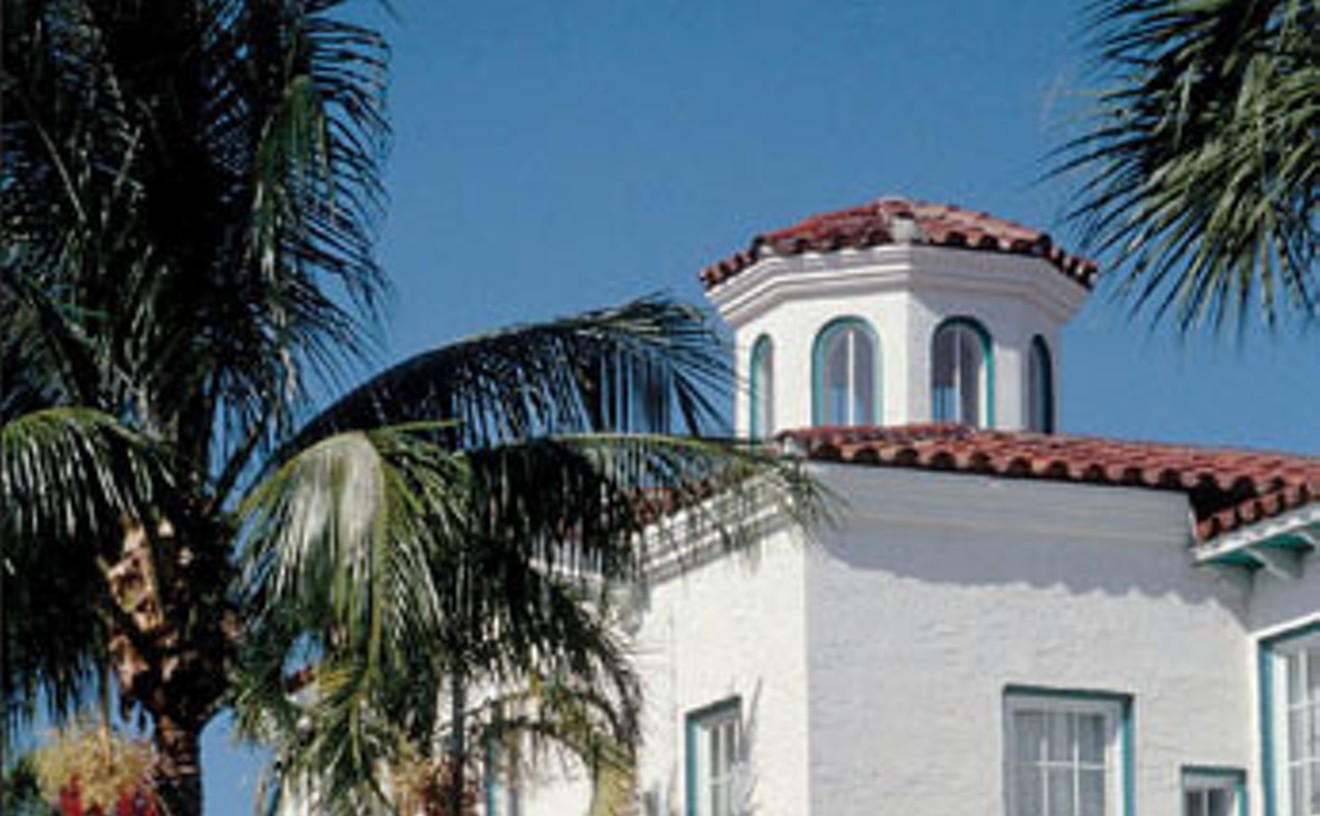 It could be said that we have two seasons in Florida — Hurricane Season and Not Hurricane Season. But that would be leaving out an important time of year: Festival Season. Our great festivals include the likes of SunFest, Beerfest, and Garlic Fest, but the art festivals have never been highlights. Stitch Rock set out to change that. With crafts that would give Grandma fits — made by tattooed grrls who would give her nightmares — Stitch Rock provides a venue for the next generation of crafters. Indie shoppers form a line around the Old School Square in Delray Beach hoping to get a free door prize. For the unlucky ones, the vintage goods, upcycled crafts, and gourmet cupcakes make everything OK again. And although it may be only 4 years old, Stitch Rock is already a Festival Season fixture, with the fifth installment already scheduled for October 1.