Fane Lozman vs. the City of Riviera Beach, Florida

They say the man who represents himself has a fool for a client, but this long-running David-and-Goliath case just might end with a local government looking like the fool. It all started in 2006, when Lozman, a retired Chicago financier with plenty of money to burn on justice, claimed he had been illegally evicted from his floating home in Riviera Beach because of his activism against last-minute plans to sell the marina to a developer using eminent domain. He won that case, but the city stayed on his heels, coming after him with all kinds of accusations (he owed fees to the marina; his ten-pound dachshund was too dangerous). Lozman resisted, and — long story short — the feds towed away his house. Last year, the 11th Circuit Court of Appeals ruled that federal authorities had the right to do so, since his house was technically a vessel, subject to federal maritime law. Lozman balked at the ruling — his house, since destroyed, didn't even have engines or steering — and petitioned the highest court in the land to decide what, exactly, distinguishes a boat from a house. The court picked his case, and it will be heard in October.

Driving drunk, plowing your Bentley through a stop sign, and capsizing a Hyundai into a canal is one thing. Leaving the 23-year-old driver of the Hyundai to drown while you stumble off down the road to call your girlfriend is a whole different universe of awful. A Palm Beach County jury convicted Wellington polo mogul John Goodman of all of these crimes in March. A few months before the trial, Goodman added salt to the wound by adopting his 42-year-old girlfriend — a move many observers saw as a way to protect the millions of dollars in his kids' trust funds. By the time Goodman took the stand to defend himself against charges of DUI manslaughter, vehicular homicide, and failure to render aid, much of South Florida had already turned against him. Jurors said they didn't believe much of Goodman's testimony. Can you blame them?

Best Place for a Second Date 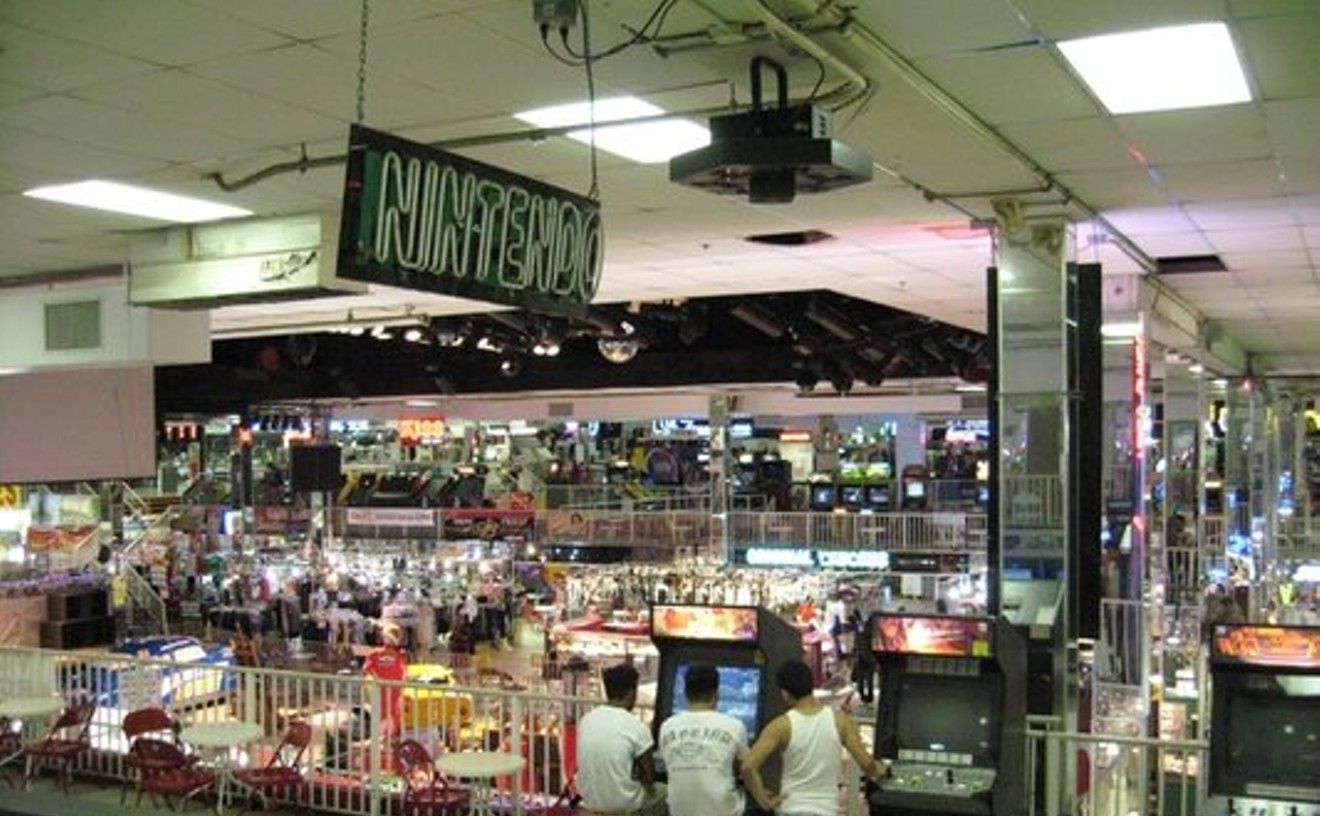 Taking a potential love to the Swap Shop is great place to show your quirky side without having to go out and buy any artsy posters of men covered in body paint. There's no one thing about the place that will make you look cool, but where else in South Florida can you buy hot dogs, studded belts, and flowers before bringing a bottle of booze into a first-run movie (it's a drive-in, no less!)? Plus, it'll be a helluva story telling your grandkids about how Grandpappy wooed Nana over a folding table of old earrings.

Oh, Irene. You big, dirty tease. It looked like you were coming straight at us: In mid-August, the forecast cone painted an elegant swath across the Atlantic, tracing the contours of Cuba and landing smack-dab up the spine of Florida. We rushed to the stores and bought all that great South Florida stuff like batteries and cans of beans and bottled water. And then, just as we battened down and watched your rain bands sweep our eastern skies, you left us. The surprises weren't over: You went on to hit our families and friends up north, to give those who live in sensible climates a little taste of the wrath we've come to expect. With all that coastal damage, you were one of the costliest hurricanes on record. But we got the best of both worlds: all of the pre-hurricane panic (the media thank you) and none of the damage. See you in 2017, darling. 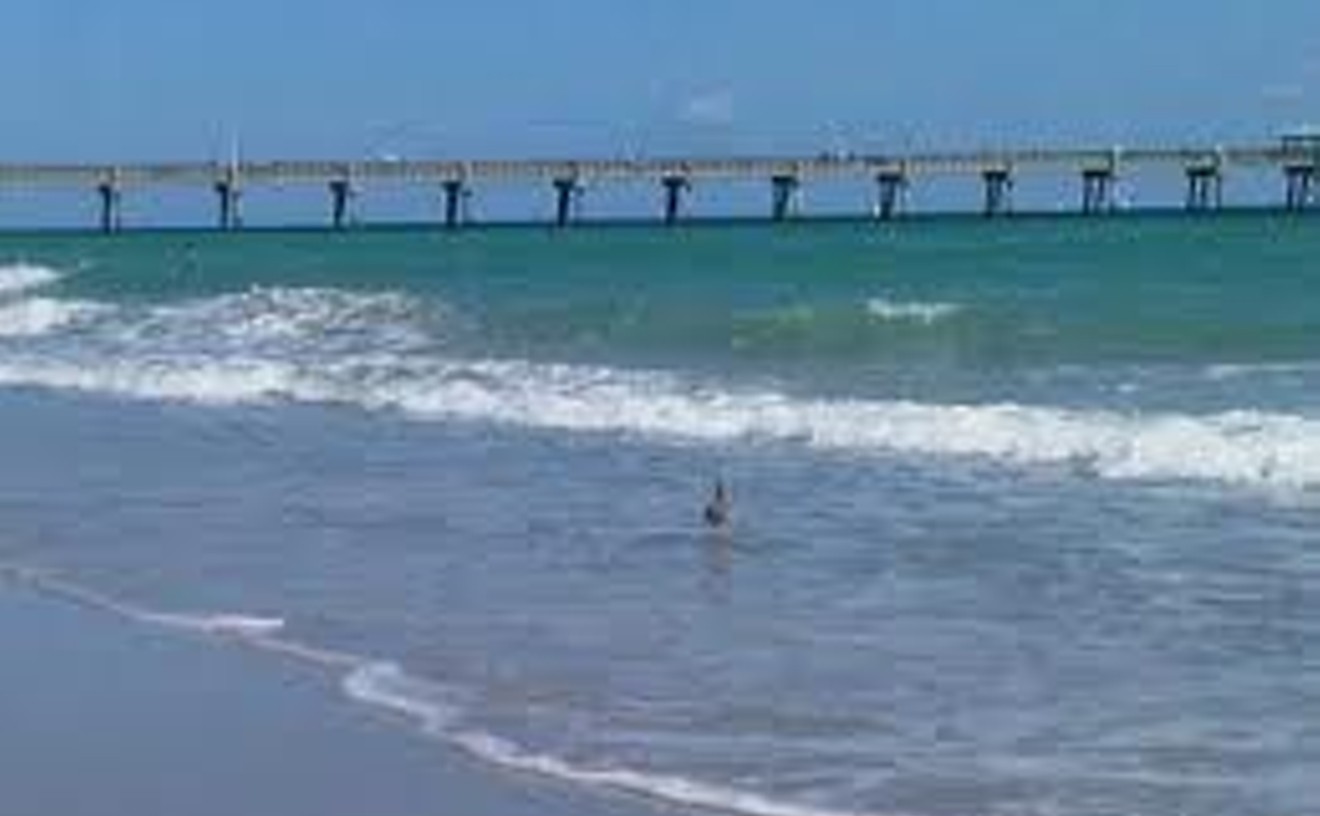 Tired of ripping a bong, then going on a 45-minute YouTube bender? Feel like adding a little excitement to your next stoned escapade, getting all Harold & Kumar with it? If so, twist up a fatty and make your way toward John U. Lloyd State Park, a stretch of Dania Beach scenery wedged between the ocean and the Intracoastal Waterway. The roar of passenger jets blasting off from the nearby Fort Lauderdale International Airport will startle your stoned senses while the hideous sight of shipping containers being unloaded across the waterway will have you harping on industrialized man in no time. To hit the pinnacle of blazed brashness, just keep following the one road through the park until you find yourself at a chainlink fence adorned with signs warning against taking pictures and something about unauthorized access. Voilà — you're now stoned at an annex of the U.S. Naval Surface Warfare Center. Just play it cool, man.

In 2010, David Britto was named Officer of the Year by the Boynton Beach Police Department for investigating the shooting of preachers and resuscitating a 2-year-old. Little did his bosses know, he was also allegedly slangin' large quantities of methamphetamine. The feds arrested Britto in July, saying he had "conspired to possess with the intent to distribute more than five hundred grams" of meth, charges for which he faces up to life in prison. But on August 24, the U.S. Marshals office says, Britto cut off his ankle monitor and skipped town as a fugitive from justice. His mother aided his escape to Brazil, where he has dual citizenship and is free to sip caipirinhas on the beach. Before he disappeared, he wrote on his website, "Without faith and hope you won't make the decisions needed to be made today to change your circumstances for tomorrow..." Mom pleaded guilty to helping him escape, but the former cop is still on the lam.

Best Place to Get a Used Bike

Samuel "Jack" Hairston III looks like your doting grandpa, if the old man had a soft spot for bikes and migrant workers. Jack has white hair, a handle-bar mustache, and a broad smile. At his shop, workers and volunteers take old bikes and parts, repair them, and resell them to support Jack's charity. The nonprofit donates hundreds of used bikes and helmets to needy kids — many of whom are the children of migrant workers in the area — every Christmas. This is a worthy cause no matter how you slice it, but getting a new set of wheels for your money is a bonus. When you buy a bike from Jack, you get a collection of seemingly mismatched parts — perhaps a Raleigh frame with a clunky chain and barefoot pedals. But each machine runs well, and each one has a story: a past and a future bright with the promise of a good deed.