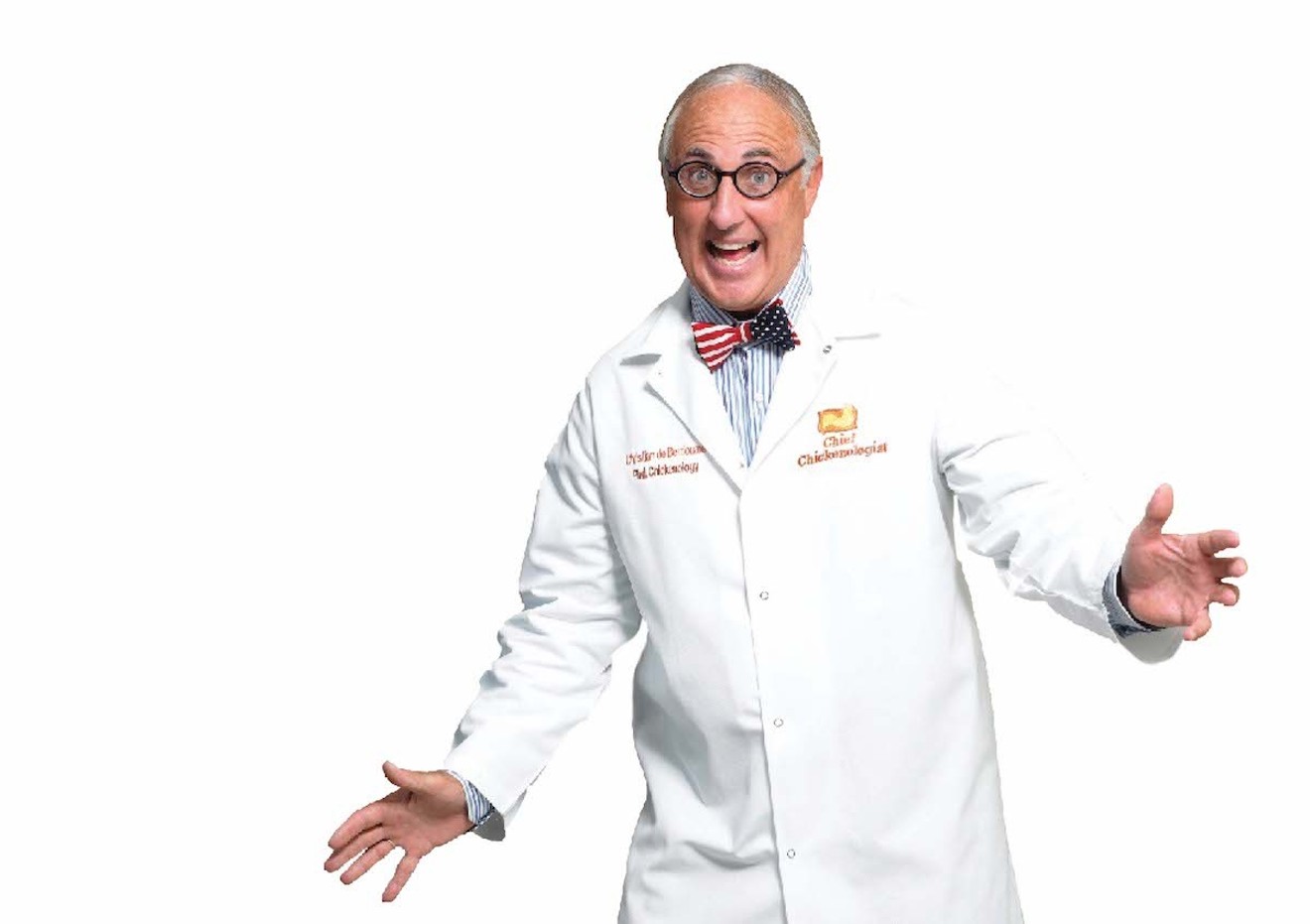 Meet Christian de Berdouare, the man behind the chicken. Photo courtesy of Chicken Kitchen
If you grew up in Miami, you're probably intimately familiar with Chicken Kitchen.

The fast-casual restaurant chain is best known for its Chop Chop — chicken-topped rice- and salad-based bowls that can be doused in the house "Mustard’n Curry" sauce, items that have become the beloved — and oft-imitated — mascots of the menu.

While the brand has its roots in New York City, the company has flourished in South Florida, where owner Christian de Berdouare has grown the business over the past three decades.

It wasn't, however, a quick success for the chain built from a single store. As the story goes, in 1985, De Berdouare left his native France with a few thousand dollars in his pocket and moved to the U.S. in a quest for the American dream. In New York City, the young entrepreneur was eager to start a business but had no idea what it would be.

While walking on Manhattan's Upper East Side, he came upon a cramped, 300-square-foot restaurant at the corner of 62 Street and Second Avenue that sold slabs of chicken on the bone served over Spanish rice and tabbouleh. De Berdouare purchased the Greek-owned family business, which was called Chicken Kitchen, and in 1989 he moved the operation to Miami.

"For those first years, it was all blood, sweat, and tears. I would spend every day, all day, on the grill cooking — from 10 a.m. to 9 p.m. —seven days a week," De Berdouare tells New Times. He would marinate and grill the chicken while his cousin, Laurence Sammut, acted as manager, server, and cashier.

At the time, Chicken Kitchen's menu focused on meal-size platters — bone-in wings, breasts, thighs, and legs sold alongside a handful of sides.

One day, while recovering from dental surgery, Sammut decided to tweak his usual meal for something easier to eat. "He needed something soft and easy to chew, so he asked our line cook to remove the white meat from the bone, chop it into small pieces, and add it to some yellow rice," De Berdouare recalls. "That week, it became his go-to meal."

Soon it landed on the menu — and became a hit. 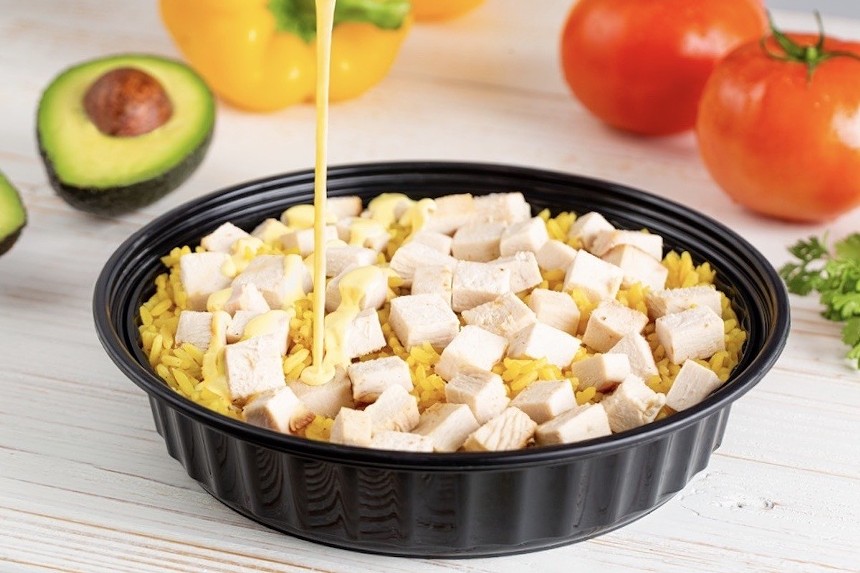 The Chop-Chop isn't complete without a slathering of Chicken Kitchen's secret Mustard'n Curry sauce.
Photo courtesy of Chicken Kitchen
"Before the Chipotle burrito bowl or Pollo Tropical Tropi-Chop, there was the Chicken Kitchen Chop-Chop," De Berdouare boasts. "Our chef Alex simply called it what it was: a "chop chop" — this slang term for chopped chicken mixed with rice. And just like that, we pretty much invented the rice bowl."

The original Chop-Chop was a simple combination of diced chicken served over rice with a choice of sauce, but it didn't take long before customers began requesting additional ingredients, from lettuce and tomato to sour cream, guacamole, and cheese.

"The rest is basically history," says De Berdouare, who remodeled the menu around the Chop-Chop in 2015. "It was a shift of enormous importance, to go from selling chicken on the bone to these bowls for what quickly became 90 percent of our revenue."

Perhaps the only thing more famous than the Chop-Chop is the brand's iconic sauce. After more than three decades, the Mustard’n Curry is a true secret recipe developed by the original NYC location's founder, who invented it in the early 1980s.

While various restaurants have tried their hand at imitations, none has been able to nail the precise ratio of mayonnaise, mustard, and spices to replicate Chicken Kitchen's sauce. Much like another chicken magnate, De Bergouare claims only he knows the recipe.

Now, after 36 years of perseverance, de Berdouare says he plans to bring his original vision of a Chicken Kitchen takeover to life. While Miami-Dade and Broward are the focus in 2022, his sights are set on Boca and Palm Beach County in 2023.

"We are essentially doubling the company with more than 40 company-owned stores," de Berdouare says. "It's a dream come true to find this success in our home of Miami, and I couldn't be more proud."

Famous for many things — including the sale of Pablo Esbobar's Miami Beach mansion in 2020 — De Berdouare has worn many hats over the years, from real estate investor to entrepreneur. But his favorite title is "Chief Chickenologist," the oversize-glasses and white lab coat-wearing spokesperson for his Chicken Kitchen restaurant chain.
KEEP NEW TIMES BROWARD-PALM BEACH FREE... Since we started New Times Broward-Palm Beach, it has been defined as the free, independent voice of South Florida, and we'd like to keep it that way. With local media under siege, it's more important than ever for us to rally support behind funding our local journalism. You can help by participating in our "I Support" program, allowing us to keep offering readers access to our incisive coverage of local news, food and culture with no paywalls.
Make a one-time donation today for as little as $1.