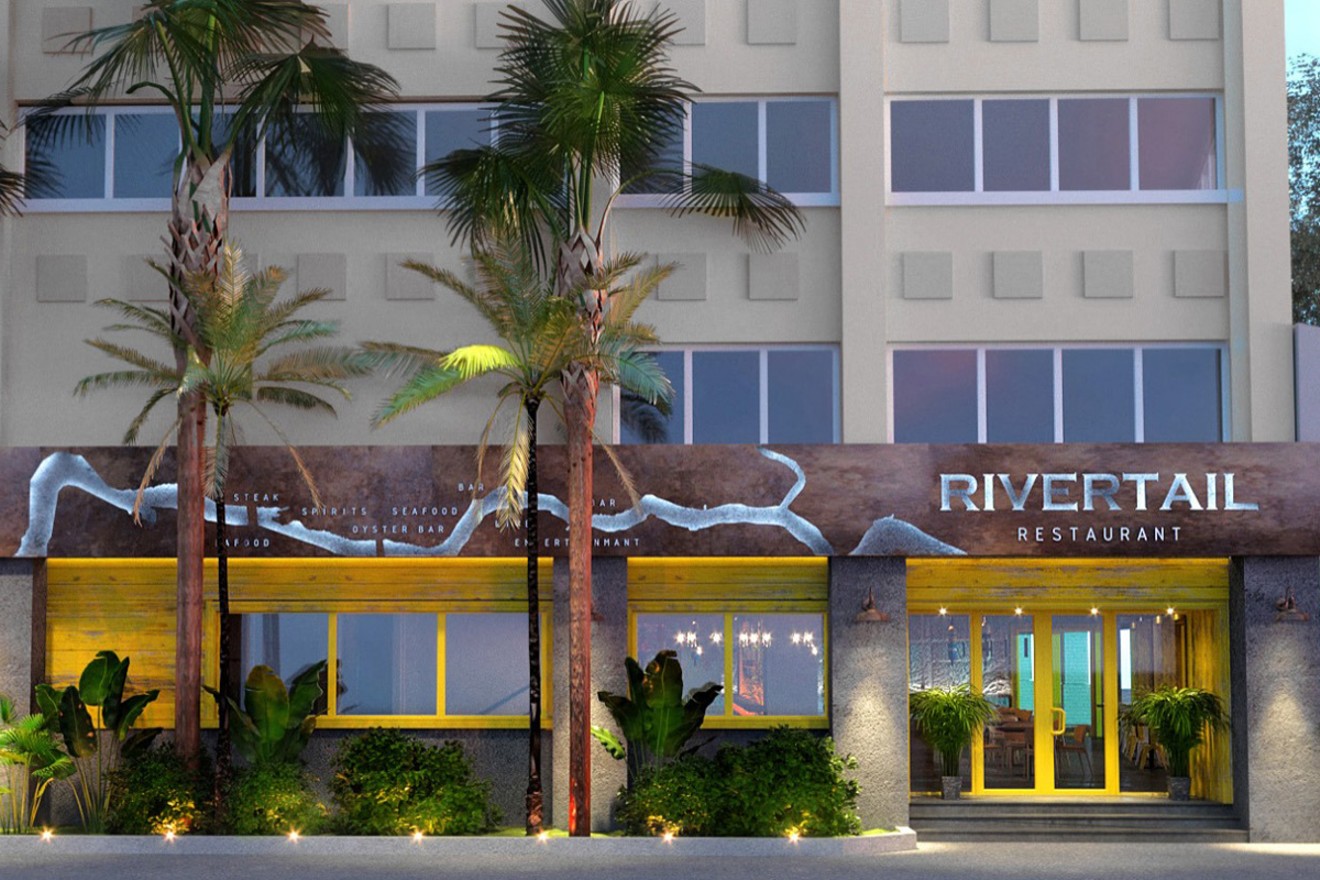 A rendering of new Las Olas Riverfront restaurant Rivertail. Photo courtesy of Rivertail
With Chef Jose Mendin's much-anticipated Rivertail set to open in October, the New River seafood restaurant is looking to fill an estimated 75 positions and will hold job fairs on October 7-8 in Fort Lauderdale.

"With fish and shellfish, freshness is everything," Mendin says, "and that freshness, along with the bright, exciting flavors my cooking is known for, is certain to give guests a memorable meal filled with Florida flair.”

The James Beard Award-nominated chef teamed up with Breakwater Hospitality, the group behind the new Wharf Fort Lauderdale, for the new venture. Mendin is the rising-star chef famous for the Miami-area eateries Pubbelly Sushi, Habitat, and La Placita.

The Wharf previously announced its own two-day job fair, scheduled for October 9-10 in the same location.

Wharf officials say the food and entertainment spot hopes to make 100 or so hires ahead of its grand opening, which is scheduled to coincide with the opening for Rivertail as part of the revitalization of the Las Olas Riverfront.

Both Rivertail, in the former Briny's Irish Pub space, and Wharf Fort Lauderdale have openings for servers, bartenders, host staff, bussers, and other restaurant personnel. The Wharf, located on 1.25 acres overlooking the New River and offering dockage for patrons, also will be hiring security and dock masters.

Wharf Fort Lauderdale Job Fair. Noon to 4 p.m.Wednesday, October 9, and 4 to 8 p.m. Thursday, October 10, at Riverside Hotel’s Rooftop Conference Room, 620 E. Las Olas Blvd., Fort Lauderdale; wharfftl.com.
KEEP NEW TIMES BROWARD-PALM BEACH FREE... Since we started New Times Broward-Palm Beach, it has been defined as the free, independent voice of South Florida, and we'd like to keep it that way. With local media under siege, it's more important than ever for us to rally support behind funding our local journalism. You can help by participating in our "I Support" program, allowing us to keep offering readers access to our incisive coverage of local news, food and culture with no paywalls.
Make a one-time donation today for as little as $1.