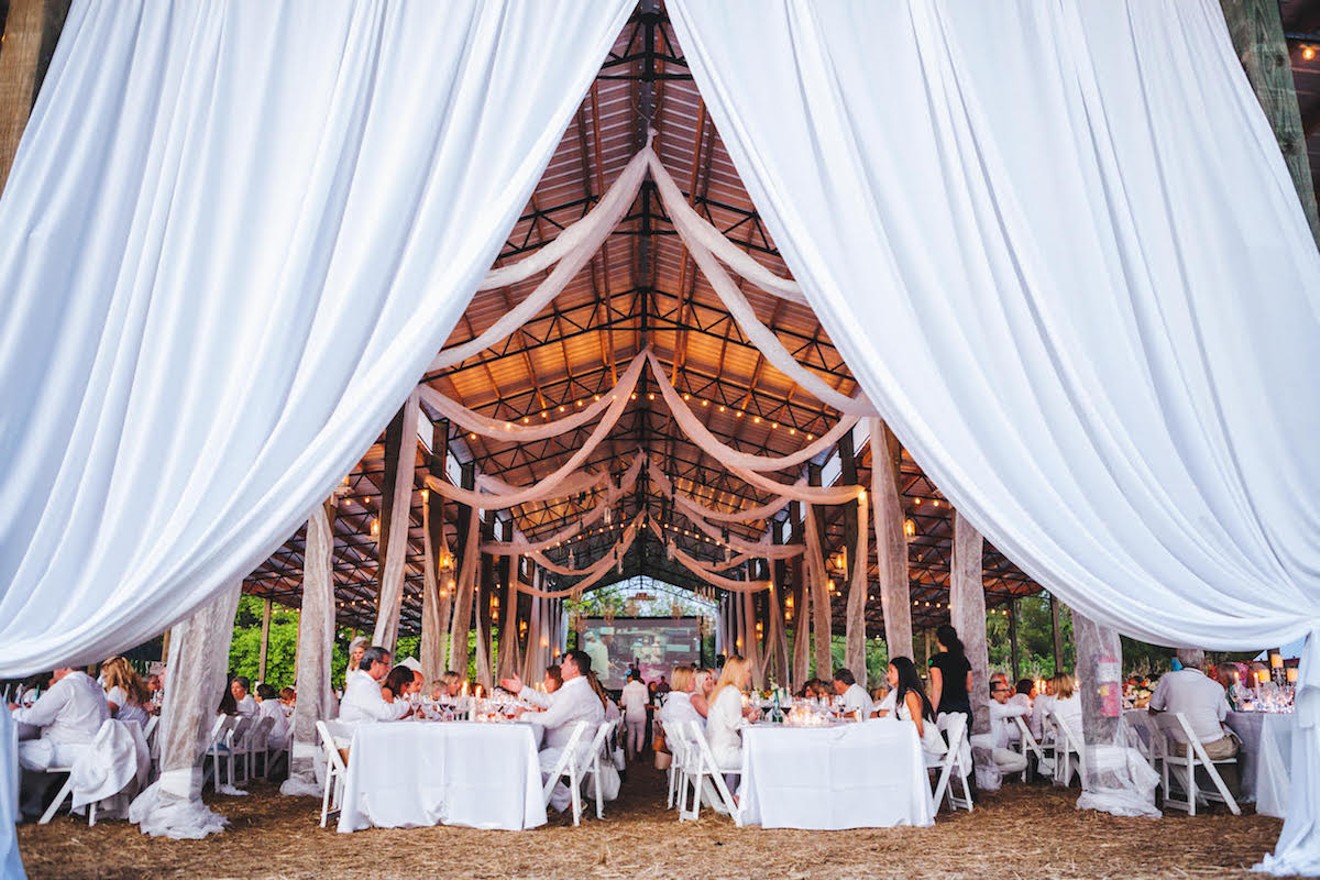 For the sixth year in a row, Palm Beach County-based Swank Farm will once again offer a series of dinners hosted at their Loxahatchee Groves farm. Here, Swank Table guests will flock to the hydroponic farm for a unique experience that includes a 20-minute tour of the farm before guests are seated under Swank's iconic post-and-beam barn for a family-style meal created by both visiting and resident chefs.

What began as an intimate 70 person dinner in 2011 has now grown to 18 unique signature events where owners Jodi and Darrin Swank honor the bounty of the growing season while also raising money for local charities. As with past years, the husband-and-wife team will bring together a number of the top names in the industry — typically a team that comprises several chefs, a sommelier or brewer, and a bartender or mixologist — to deliver a multi-course meal using ingredients straight from the 20-acre farm.

This year's Swank Table schedule will bring together more than 80 chefs from South Florida and beyond for a total of eight family-style dinners. Each dinner costs $160 per person and will take place rain or shine. Guests will be served family-style with six guests per table.

The season, which runs December through April, will officially kick-off November 18 with one of four Sunday brunches slated to take place from 11 a.m. to 2 p.m. with unlimited mimosas and bloody marys. Additional Swank Table brunches will take place on February 24, April 21 (Easter Sunday), and May 12 (Mother's Day). Tickets are priced at $99 per person, with admission for children ages four through 12 priced $45 per person.

This season, Swank is excited to announce the new resident chef, Sam Horrocks, who will work alongside guest chefs for each event. In addition to themed dinners like the Réveillon, Farm Market, Chinese New Year, Vegetable Love, and the infamous White Party, several special dinners will pay homage to Florida's culinary history including a 3030 Ocean reunion dinner that will unite the restaurant's founding chef Dean Max with his Fort Lauderdale eatery.

In addition to Swank Table, Swank Farm will continue its Master Chef Series taking place on Saturday nights beginning in January 2019. This dinner series will feature nationally recognized chefs who will create an incredible feast that will include their "Best Dish I Ever Created." Dinners begin at 6:30 p.m. with passed canapés and cocktails. The group will then enjoy a sit-down dinner with wines and live entertainment. A portion of the proceeds will be donated to a local charity.

Swank Table at Swank Farm. 14311 N Rd., Loxahatchee; 561-202-5648; swankspecialtyproduce.com.
KEEP NEW TIMES BROWARD-PALM BEACH FREE... Since we started New Times Broward-Palm Beach, it has been defined as the free, independent voice of South Florida, and we'd like to keep it that way. With local media under siege, it's more important than ever for us to rally support behind funding our local journalism. You can help by participating in our "I Support" program, allowing us to keep offering readers access to our incisive coverage of local news, food and culture with no paywalls.
Make a one-time donation today for as little as $1.