You'd think it would be hard sitting in Khaled's shadow. The loveable and highly lauded DJ Khaled is the biggest name in South Florida radio. He's been at it for numerous years, and with his albums, connections, and new record label taking off, it's hard to think of anyone that's doing it bigger in the radio game. But if there's one thing that history will teach, it's that beside every great man is an even stronger woman who's probably not getting nearly enough credit. That's definitely the case when you break down the weekly show The Take Over, where Khaled's bark is the loudest but K. Foxx's alluring personality carries the most bite. She's always on cue, she's got the sexiest voice in radio, and she has a persona that can counterbalance Khaled's sometimes overbearing ego. She's also easily the best urban radio reporter/DJ in South Florida.

Call Wooley the thinking man's activist. The native Miamian has a B.A. in economics from the University of Chicago, an MBA from Harvard, and a doctorate from the University of Chicago. He spent a career as an executive in the freight industry before retiring in 1997. "I didn't like what I saw," he says. "I didn't like the deep interests of the developers and real estate interests. Looked to me like the town was in the iron grip of those people." He's a fixture at city hall meetings, where he's lent an intelligent and decidedly dissident voice to the proceedings. He ran for mayor of Cooper City last year and lost in a three-way race. But he's far from done. "I'm going to keep going," says the 66-year-old Wooley. "And I think we keep gaining converts."

If the photos on her backpage.com ad are any measure, Broward-based Destiny belongs in that elite milieu of strumpet with the chick who shtupped Spitzer. She makes a credible claim to "incomparable beauty," favors lacy black lingerie, and describes herself as "Columbian," a misspelling that gives her true ethnicity an air of intrigue, as does her claim to being both 21 and 25 years old. But check your age prejudices at the hotel door, gents — Destiny rejects the "preconceived idea that I am 'young and dumb.' " While she concedes that she has a "hot body," her true beauty lies in a "thought process that is simply more advanced than the typical young woman." So bring a rubber, boys, and brace yourself for a post-coital dissertation on nuclear physics. 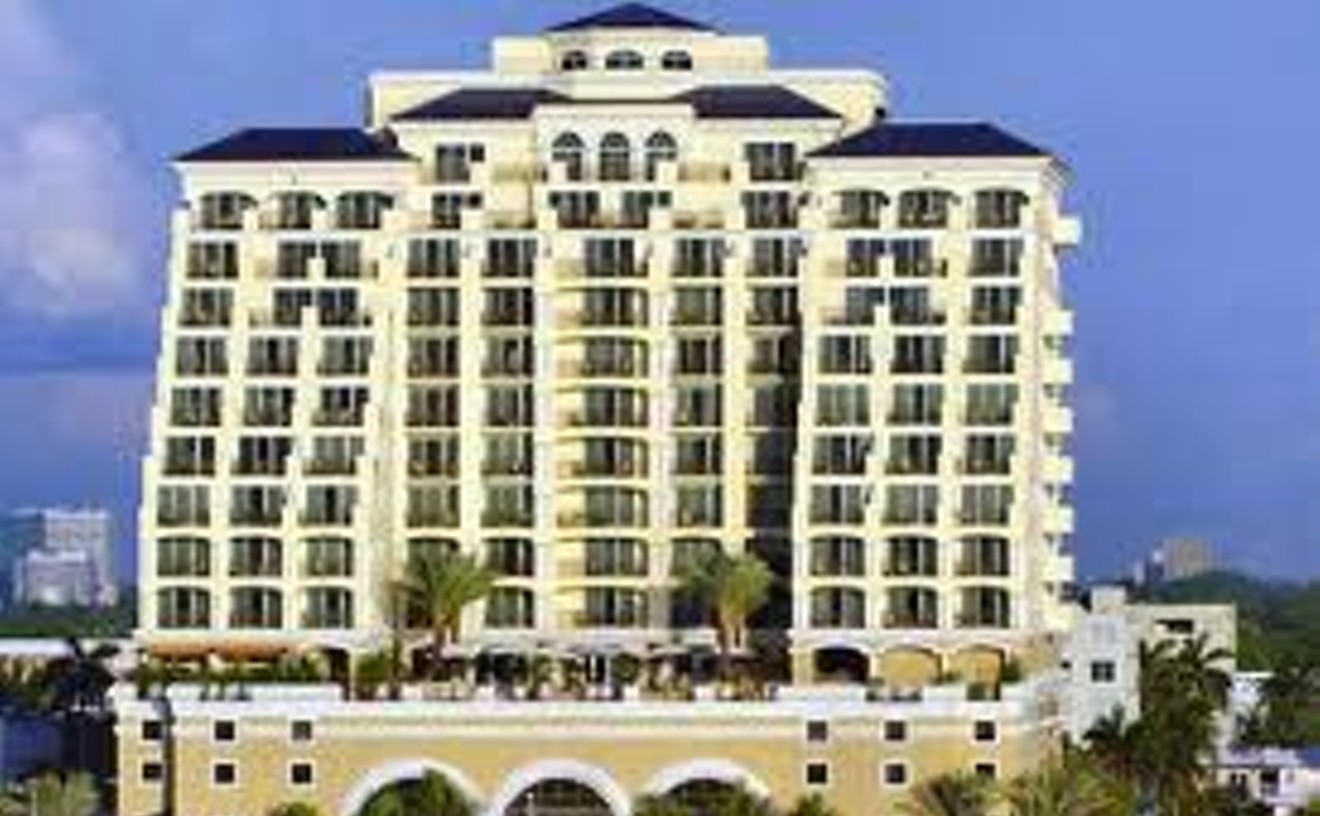 The new Fort Lauderdale has no shortage of luxury resorts. Determining the best hotel is akin to choosing the hottest Playboy centerfold. The Atlantic is like the busty blond twins who'd be willing to show you a thing or two after everyone else leaves Hefner's grotto. Located on the beach and just a stroll from Las Olas, this is old-school Florida class with new-school amenities, offering sundecks, outdoor dining, and rooms that look out on the ocean. From the 24-hour concierge and room service to the European spa and fitness center to its fine restaurants, the Atlantic is lavish and majestic, but never too elite to be comfortable. Get a martini at Trina, the hotel bar, and a massage from some of the finest masseuses in town. Then sit on your balcony, stare at the beautiful water, and ponder how grand life can be. 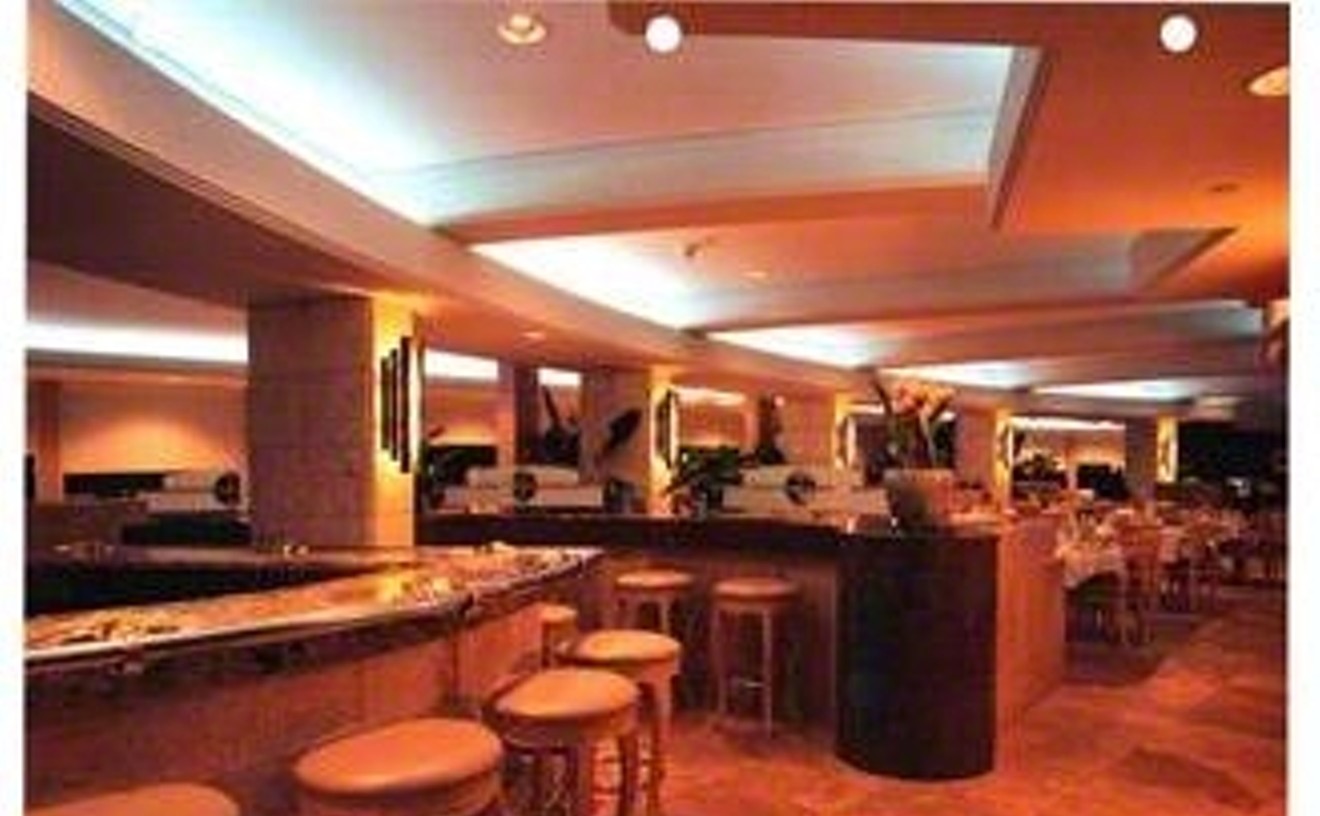 Every town needs a resident freak to make life interesting and keep the gossips in business. Unfortunately, Britney Spears lives in California and former sheriff Ken Jenne is incarcerated. So it was our luck when the Iceman himself moved his digs to Wellington. Every fan of The Surreal Life knows that Rob Van Winkle once resented being known as the world's first solo white rapper and serving a brief stint as the laughingstock of the music industry. But with the help of TV legend Ponch Poncherello and porn star Ron Jeremy, Ice learned to count his blessings ("Ice, Ice Baby" will remain an awesomely catchy song until the end of time). These days, he's mellowed considerably. (The domestic violence charges were dropped, people!) If you see him out — say, hanging with pal/Aventura resident Dennis Rodman, or racing one his 50 cars at Moroso Motorsports Park — he will most likely be happy to indulge you with a picture and a smile. In fact, the last time we bumped into him, he asked good-naturedly, "Remember when my pet wallaroo escaped?" (The wallaroo, Bucky, was eventually found wandering with Ice's pet goat, Pancho.) Ice has managed to extend his proverbial 15 minutes of fame. This coming year, his itinerary includes filming a reality show with racecar driver Emerson Fittipaldi and playing a Kappa Sigma frat house with the Ying Yang Twins. Last December, when he held the Vanilla Ice House Party at the local Polish Club, he was sure to include human bowling, pudding wrestling, and a real live giraffe — all while collecting toys for tots. Long live Ice!