In October, an out-of-shape, 30-something accountant named Gary decided it would be a smashing idea to organize a weekly volleyball match for folks of all skill levels. It would be casual, friendly, and non-competitive. Nobody would have to fret about getting spiked in the head by a hard-bodied beach bully. Heck, they wouldn't even bother to keep score! It took Gary a while to assemble a core group of regulars for the Saturday beach matches. Busy schedules, hangovers, and the harsh Florida sun made for spotty attendance in the fledgling, loose-knit group. But several months in, he has attracted enough faithfuls to warrant a weeknight match as well. The locations vary, as Gary seeks to lighten the commuting burden on members whenever possible. After playing, the group usually grabs a drink and maybe some grub together. Members have awarded the Meetup group with an average approval rating of four-and-a-half stars (out of five).

Late Nights at the Entrada

Its name lined in globe lights, the Entrada stands as a final vestige of old Florida motels. From Federal Highway you might mistake it for another piece of crumbling Floridiana, but inside the cocktail lounge around 2 a.m. you'll find it's ever so much more. Grab a seat in one of the stackable metal chairs that fences in the sunken bar and order a dirt-cheap drink from a plastic cup. Don't worry; this bar is grandfathered in with a 6 a.m. liquor license — all you have to do is be patient and wait for the magic to happen. Phase One: Sex workers fresh off their shifts pile in to commiserate about their nightly ordeals over $3 gins; their pimps loiter menacingly in the room's smoky corners. Phase Two: friendly neighborhood businessmen (i.e., dealers) swing by to drop off and collect from the underbelly's graveyard shift. Phase Three: If you've waited this long, you've now officially entered "Crazy Hour." This is when the order of operations stops making sense. Here's what you recall the next morning: the police came, repeatedly; prostitutes were passed out on the bar, the floor, your friend's lap; pimps got angry; there were fights; more cops; distant gunfire was heard; your friends vanished; you left a twenty on the bar — it was enough to buy a round for everyone in the room; you had new friends; the cops came and took your new friends away; you went home amazed.

Their skin is wrinkly, colorless, and dry, and sometimes covered with white powder of non-illicit origins. They have the money but sometimes can't read the sign or hear the price as the tattoo artist shouts it into their hearing aids. But oh boy do older folks love getting tats these days. In the past, new trends have included young people going to clubs with bed-head (thinking it looked cool) and women walking around in thick fur boots, despite the year-round tropical climate. But this year it's seniors cruising around with freshly crafted, technicolor art covering all parts of their bodies. Whether it's a Harley insignia on an arm, an elegant rose on an ankle, or a full-color recreation of Michelangelo's Sistine Chapel fresco spread between melanoma-covered shoulder blades, local retirees are splashing into the body art scene like a bratty grandchild at the community pool. One thing, though: if the ink isn't done by early-bird special time, it's a definite deal breaker.

When it comes to playing Caribbean music, South Florida radio stations have a lot of competition. It's not like rock or urban formats where anywhere from 2-6 solid competitors exist in the market place at any one time. There are a slew of Caribbean radio stations here (some legal/some illegal) and staying on top of the game is always that much harder. But Riddims 94.5 FM is a station that you can consistently count on to have the top selectors and the best jams. Their DJs like Louie Rockaz of Jah Cuban Sound System know how to smoothly shift between Jah Cure, Tony Rebel, and Beres Hammond without being afraid to throw newer acts like Gyptian and Turbulence into the mix as well. If you can't catch their feed in your car, you can also listen to them online. For lovers of real reggae, soca, bashment, and dancehall, 94.5 FM is definitely the best pirate station in South Florida by far.

Evening Holiday Light Cruise Aboard the Carrie B.

Fort Lauderdale has long been called the Venice of America, but even folks who live there hardly ever see it by water ('cept for the ones with boats). This is dumb, because water is romantic, and so is Fort Ladida. Especially in December. The Carrie B. Evening Holiday Light Cruise brings visitors up and down the New River and parts of the Intracoastal while the wintertime pageantry of the town's many rich people is on full display. The boat's got a bar, some snacking options, and a low-key narrator to tune in on when the conversation hits a lull — but the goings-on are so mellow that you can ignore the patter and chat among yourselves. It's breezy out there on the waterways, so sitting close together is a swell idea. The Evening Holiday Light Cruise is a December-only thing, but the Carrie B. runs daytime sightseeing cruises all year — through historic Tarpon River, past the mansions on the Isles, past Pier 66 and into Port Everglades, and then past hundreds of yachts docked near 17th Street. These waterways were the reason Fort Lauderdale was built, and the city's soul still thrums in them. Checking it out is a way more inventive first date option than dinner and a movie. First dates on the Carrie B. tend to lead to second dates elsewhere. 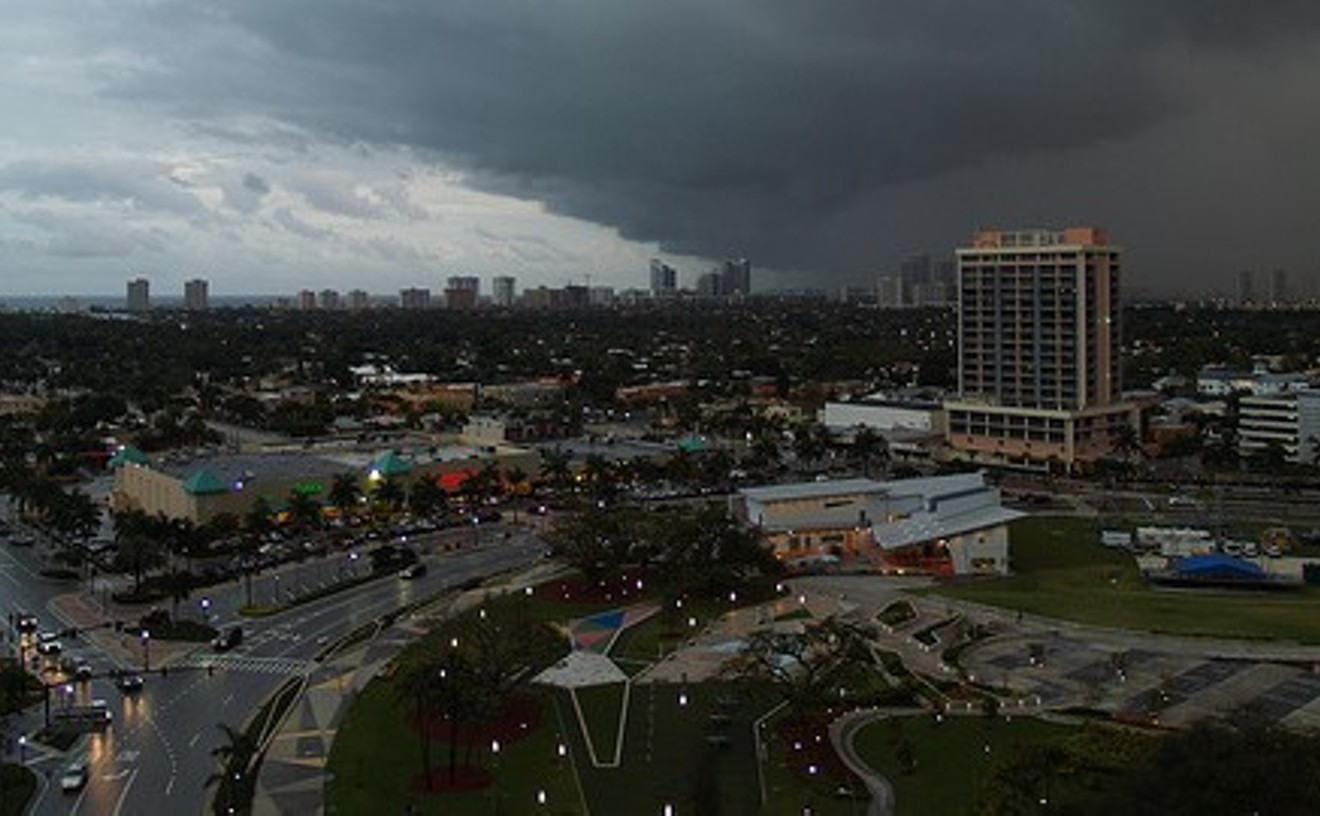 As a franchise, the zombie flick is brainless and relentless, much like the zombie itself. So we may as well make money off them, and that means alerting Hollywood, California, to the marvelous zombie film locations available in Hollywood, Florida. Specifically, the whole downtown. There's an ample supply of zombie-esque transients to work as extras. Half the storefronts are vacant and the other half will close on the cheap rather than suffer another slow night. The condo towers around Young Circle are pitch-black at night, as if their owners had already been gobbled up. Come to think of it, are we sure that real zombies haven't already struck this luckless berg?

Best Place to Get Shipwrecked 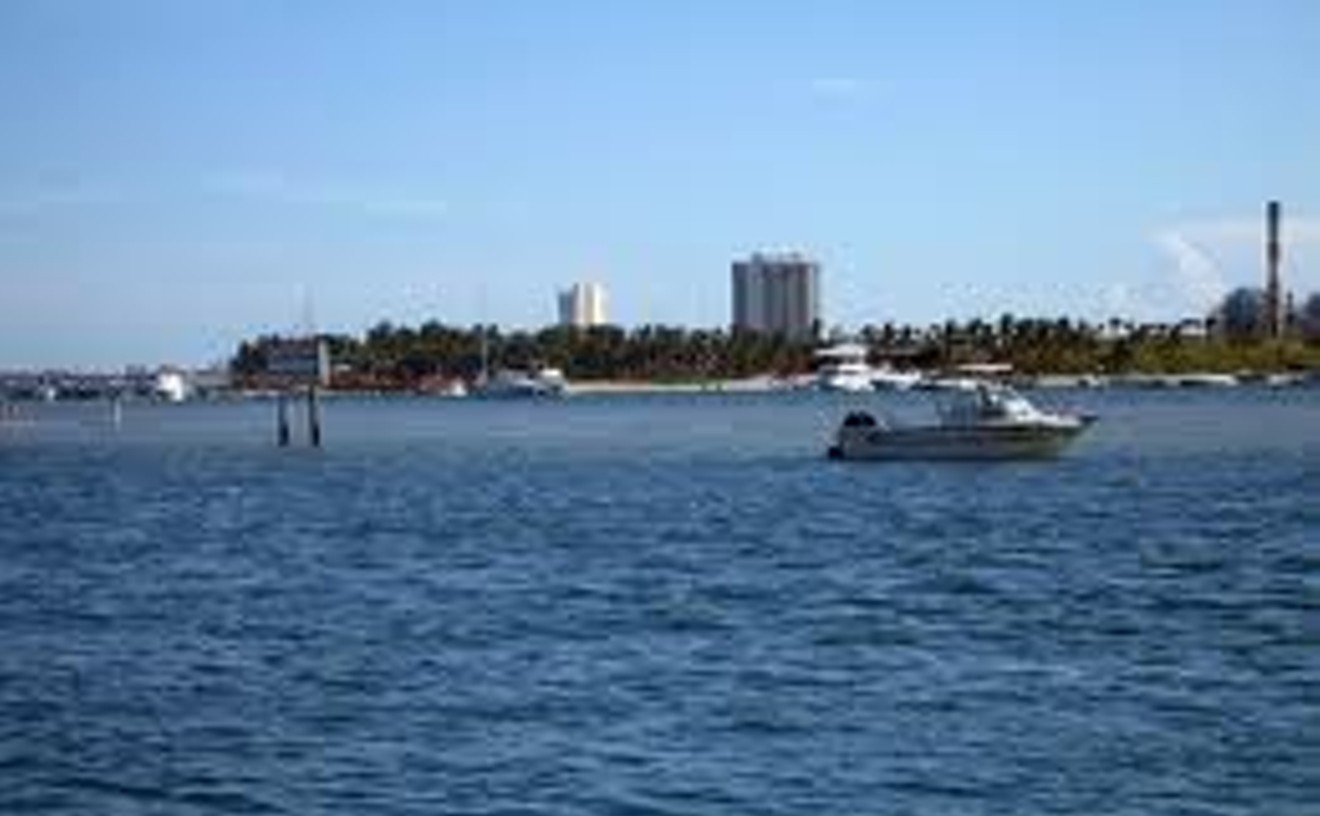 If you're going to crash your yacht on a sandbar somewhere, do try to avoid Bermuda (gotta travel through the Triangle) and St. Barth's (the euro is so expensive right now!). Aim instead for Peanut Island, located in the Intracoastal Waterway off Riviera Beach. The 86-acre playground was built in 1918 when the Lake Worth Inlet was dredged and workers needed a place to dump all the dirt. Nowadays, the south side of the island is a family-friendly outpost, known for snorkeling and manatee sightings. The 20 campsites here come with grills, showers, and picnic tables and can be rented for $16.50 a night. The north side, meanwhile, is often jammed with so many boats and beer kegs that it's affectionately referred to as the "Redneck Yacht Club." After receiving 78 calls in a two-month period last year, the Palm Beach County Sheriff's Office led a crackdown on the normal weekend gatherings, hoping to reduce the number of topless chicks and cases of alcohol poisoning. But the party carries on! If it's all too much fun in the sun, you can duck into the on-site bomb shelter, built for President Kennedy just in case World War III broke out while he was vacationing in Palm Beach, and now open for public viewing. Then again, you could always find refuge on your lido deck... or just head home via water taxi, which dutifully runs seven days a week from the Riviera Beach Marina. 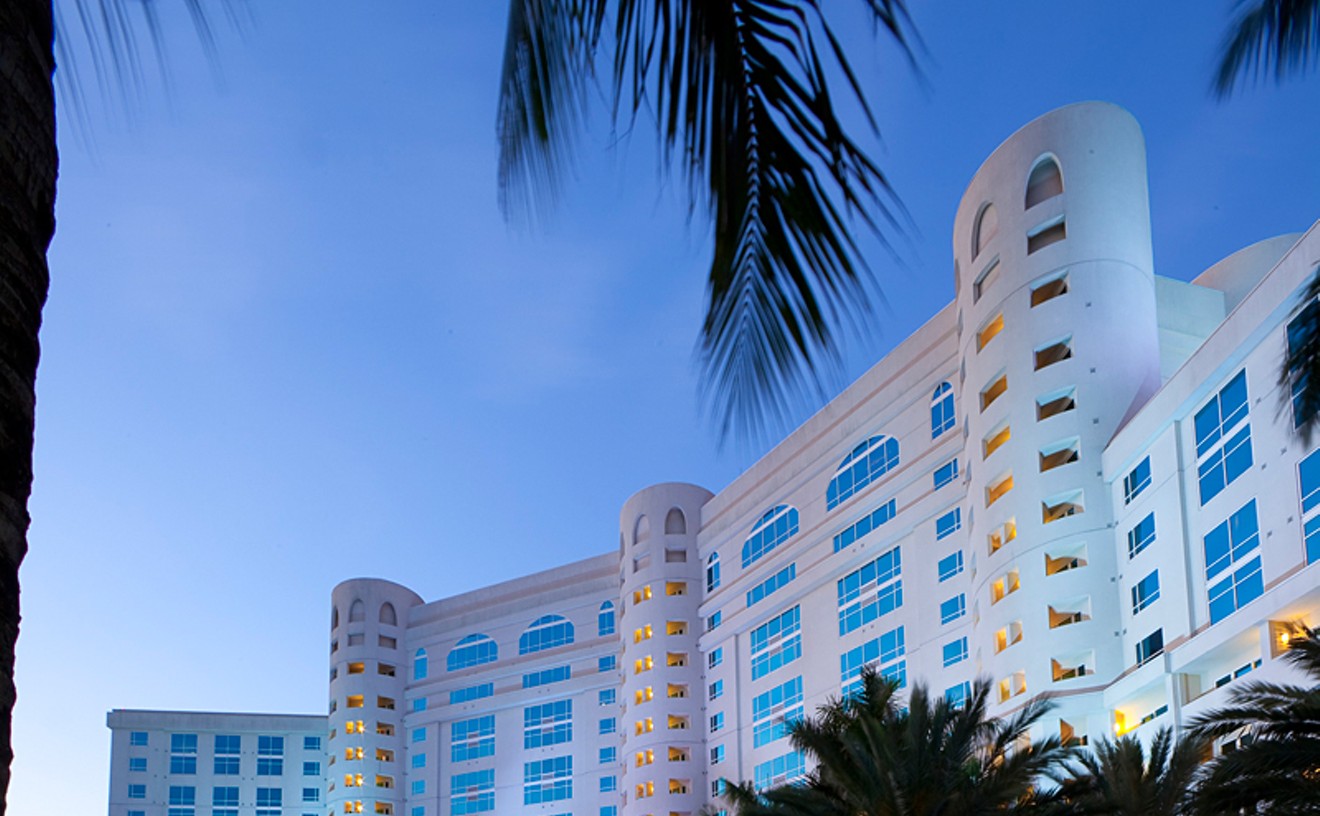 It's a shame Hunter S. Thompson didn't postpone his suicide long enough to write a sequel to Fear and Loathing in Las Vegas set in Hollywood's Seminole Hard Rock Hotel & Casino, which as money-glutted monuments to human depravity go is second only to Vegas itself. If it's people-watching you prize, best to arrive around happy hour on a Friday for the spectacle of those droves of elderly gamblers who make a shuffling migration to the parking lot, squinting up at the sun or glancing sideways to monitor the aggressions of the boisterous teens and 20-somethings who come roaring in on tricked-out Toyotas, flashing ersatz bling and reeking of Axe Body Spray, head on a swivel for the coked-out skanks from their Bang Brothers-inspired fantasies. After midnight, revelry careens toward riot, and in the midst of this mess of unholy humanity, a celebrity may materialize. One may even perish. Surely Anna Nicole won't be the last...