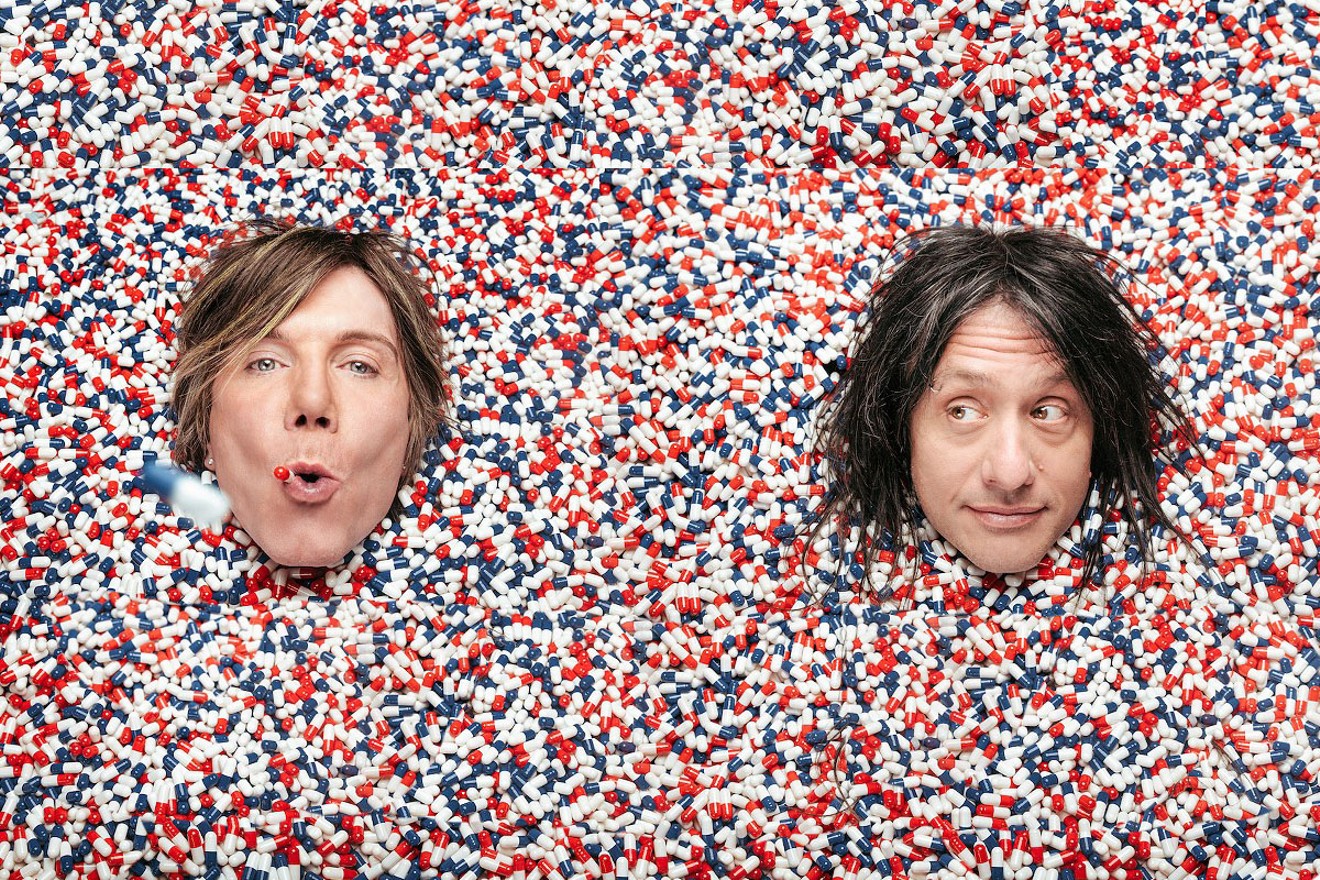 Except the ones who try to break into his house.

“It’s such an ugly, dark, scary thing,” Rzeznik says. “You really feel sorry for these people, because they’re sick, and for some reason something goes a little crazy and they are like, ‘You wrote that about me.’”

And then, there is another type of fan – a little less frightening, but maybe equally disturbing.

“I once met a girl at a show and she said, ‘I can put my legs behind my head for 20 minutes,’” he says. “I started laughing and said, That’s awesome. Good for you. I turned it down. I was married. I try to make smart choices.”

Five years of sobriety have certainly affected Rzeznik’s decision-making. “Lost weekends” partying in South Beach, while fun at the time, he says are now a thing of the past.

“The whole thing with me and alcohol is it just wasn’t fun anymore,” he says. “I was just trying to get away from me. I couldn’t face me. I was terrified of everything in the world, and I didn’t realize that until I got sober.”

Sobriety has been good for Rzeznik, now 54, but he concedes there is one part of drinking he misses.

“I don’t get to get fucked up anymore!” he says, laughing. “I loved it. I loved drinking my wine, going out to dinner. There were a lot of good times.” Then, lowering his voice, he adds, “But I just went way, way too far.”

A three month-stint in rehab set Rzeznik on the straight and narrow. Today, he’s loving life in New Jersey with his wife and 4-year-old daughter.

Feeling slightly disconnected from those around him has long influenced Rzeznik’s perception of his place in the world.

“I’ve always had this feeling of being an observer and a bit of an outsider, so I sort of carry that with me through everything I do,” he says of feeling this way since growing up the youngest, and only, boy in a family of sisters. “I never feel completely connected.”

It is perhaps that honesty, that willingness to explore his own pain, that helped spawn Goo Goo Dolls earlier hits such as "There You Are" and "Name;" and “Black Balloon,” “Broadway” and “Slide” from its sixth and four-time-platinum album Dizzy Up the Girl.

But it is the song “Iris” — written for the heart-wrenching 1998 Nicholas Cage and Meg Ryan film City of Angels — that many people most associate with Rzeznik and the Goo Goo Dolls.

The song has topped radio’s most-played lists year after year, and it is unlikely anyone has attended a wedding or anniversary party in the last two decades without hearing those tender, longing lyrics.

Goo Goo Dolls has sold over 12 million albums and been nominated for four Grammy Awards. Miracle Pill, released in September, is album No. 12 for the guys and already emerging as a fan favorite.

The title is a metaphoric panacea for the world’s ills. Recorded at the legendary Capitol Studios in Hollywood, Cal., the album is chocked-full of messages of hope, featuring celebrated songwriter Sam Hollander, who has worked with acts like Train, Weezer, Joe Cocker, Katy Perry, and Panic! At the Disco.

Expect to hear “Iris,” “Miracle Pill” and the rest of your favorites when Rzeznik and the Goo Goo Dolls hit the Seminole Hard Rock Hotel & Casino in Hollywood on Wednesday, January 29. The exclusive show marks the only U.S. stop for the band this year before heading off to tour Great Britain and Singapore. 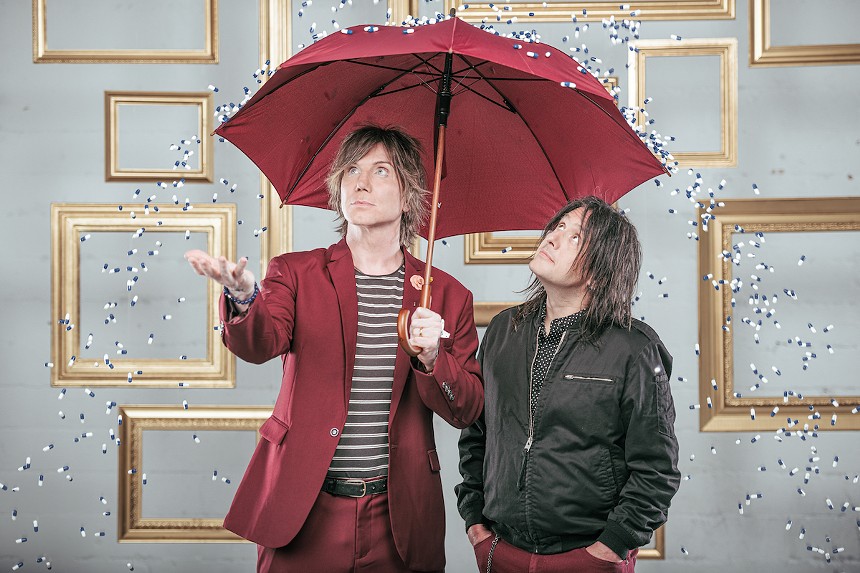 Rzeznik, who with Robbie Takac co-founded Goo Goo Dolls in 1985, says music is the only place he has ever “gained any sort of acceptance.”

But along with admiration came stinging criticism. “Everything gets very personal and very nasty,” he says.

Rzeznik has a way of vacillating between grief and laughter in the course of seconds. Like when he talks about suffering from vitiligo, a disease that affects skin tone.

“It’s very bizarre,” he says about the ailment he rarely discusses. “I was always kind of pale, but it’s embarrassing. It’s really humiliating. I didn’t wear a short-sleeved shirt for years. I covered myself up completely.”

Then, like a switch, he brightens up. “But, you know, you can rub some self-tanner on yourself,” he says, cracking up. “I am lucky I’m such a pasty-white guy.”

While his complexion may be atypically fair, there is a darkness that occasionally peeks through when he speaks – it is something he quashes so quickly, you question if you heard it at all.

“I don’t want anybody to feel like they know me, or they’re a bit too familiar with me when I’ve just met them,” he says. “I understand you relate to what I’m writing, but that doesn’t mean you understand who I am.”

It’s not that Rzeznik is ungracious; in fact, he’s far from it. He repeatedly reiterates his appreciation of the outpouring of love from fans and acknowledges his good fortune. It’s just that honesty and authenticity, particularly with himself, have been hard-won, and are things he values.

“You can’t hide the raw truth of your own life and your own perspective. I can’t hide that, and I need to just go for it,” he says of his desire to write a song or album that “just connects with everyone.”

Odd words from the man who wrote “Iris,” which seemed to have done precisely that.

“Yeah, I wrote that,” he says after a short hesitation. “I think it’s something that people related to. But, I don’t know man, I want to make a record that I’m completely happy with. Like, I’m never happy with the final thing. I feel like I’m still searching for the right sound or the right words.”

Bruce Springsteen would be his ideal writing partner, he says, because Springsteen “has a keen eye for the human condition.”

“I think guys like him and Pete Townsend, Bob Dylan….I don’t know if they’re making people like that anymore,” he says, wistfully. “The world is so shallow now, and I think there’s so much brilliant work that just gets overlooked because …. I don’t know.”

While Rzeznik says he feels more confident these days, he credits his former insecurities for some of the bands greatest hits.

“I feel like I took that part of me, that need for approval for many, many years, I think is what drove me so hard on some weird, unconscious level,” he says. “I’m here. Love me!”

Goo Goo Dolls. 8 p.m. Wednesday, January 29 at Seminole Hard Rock Hotel & Casino, 1 Seminole Way, Hollywood. seminolehardrockhollywood.com. Tickets cost $50 to $130 via myhrl.com or ticketmaster.com.
KEEP NEW TIMES BROWARD-PALM BEACH FREE... Since we started New Times Broward-Palm Beach, it has been defined as the free, independent voice of South Florida, and we'd like to keep it that way. With local media under siege, it's more important than ever for us to rally support behind funding our local journalism. You can help by participating in our "I Support" program, allowing us to keep offering readers access to our incisive coverage of local news, food and culture with no paywalls.
Make a one-time donation today for as little as $1.