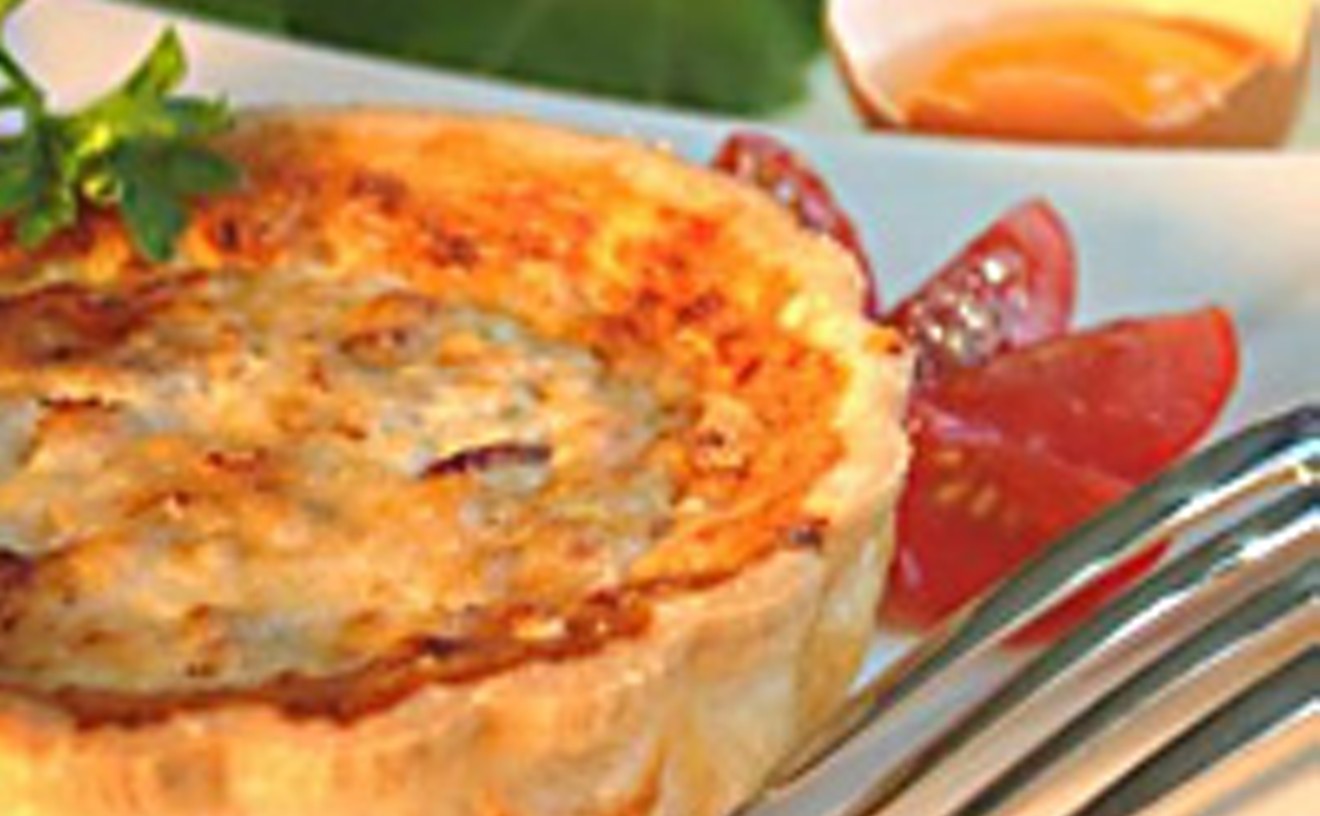 All you knee-jerky flag conservatives can pour out your French wines in protest if you wish. But even Toby Keith fans have to admit that the French know their desserts. What other country has done so much for (and with) flour, eggs, sugar, and chocolate? Pair that culinary tradition with a perfectly picturesque Las Olas location and you've got Caf la Bonne Crepe and its Paris-ready sidewalk tables, all packed with those who choose to linger over coffee and something sweet. Whether you're tempted by a classic crepes Suzette drizzled decadently with Grand Marnier sauce, you prefer the purity of bananas and ice cream coated in a caramel sauce, or you'd be happy just to have any of the other 16 items on Caf la Bonne Crepe's dessert menu awaiting your fork, then sit, stay, stop counting calories, and rediscover why, about 60 years ago, we thought those Frogs were worth saving -- or perhaps why, about 220 years ago, they thought it would be a good idea to help us gain our independence in the first place.

Besides having the Florida kitsch factor down with a scenic Intracoastal view, a cozy bar, and funky antique tubs and toilets, Le Tub has some damn good food too. Its decadent key lime pie is one of the finest this side of the Seven Mile Bridge. After devouring a slice, you'll be dreaming about it for weeks. That's right. You and a tub full of key lime pie -- the stuff dreams are made of.

Italian-style gelato that's handmade on the premises. Popular Latin combinations such as dulce de leche and zabajone, not to mention refreshing fruit flavors ranging from strawberry to kiwi. A host of desserts, including banana splits, profiteroles, and sundaes, along with choice of beverages that run the spectrum from ice cream sodas and milkshakes to natural juices and cappuccinos. We might expect this from any decent ice cream parlor or gelateria in South Florida. But one that also takes credit cards and delivers? Those options make i Fiori the Dairy Fairy, though we suspect she gets kickbacks from the Tooth Fairy when we're not looking.

Best Place for a Scoop and a Smile

Your shirt's clinging to your back, your tongue feels like cotton -- and it's not even summer yet. Eesh. It's times like these that we're grateful for Flip's Ice Caf, a new-'n'-cool refuge from South Florida's smothering heat and humidity. This ain't your grandma's ice cream parlor. Rather, this hip little spot -- a cheerful oasis of blue, white, and yellow -- offers just about every frozen dessert you can dream up. There's ice cream, water ice, cream ice, gelato, yogurt. Or perhaps you crave a sundae, banana split, flying saucer (ice cream sandwich), yogurt cone, ice cream cake, or pie? You get the idea. There's also a flavor for every taste: cannoli, peppermint stick, cinnamon, malted milk balls... "People die for the maple walnut ice cream," says owner Brian Manna, who, along with partner Pete Floris, opened Flip's in April. "And the coffee-flavor gelato will blow your drawers off. One spoonful and I'm buzzing around for an hour." The partners, who also own six Ice Cafs in New Jersey, make all their desserts from scratch with ingredients imported from Italy. "We moved down here," Manna says, "because we wanted to be in a market where there'd be demand for frozen desserts all year." 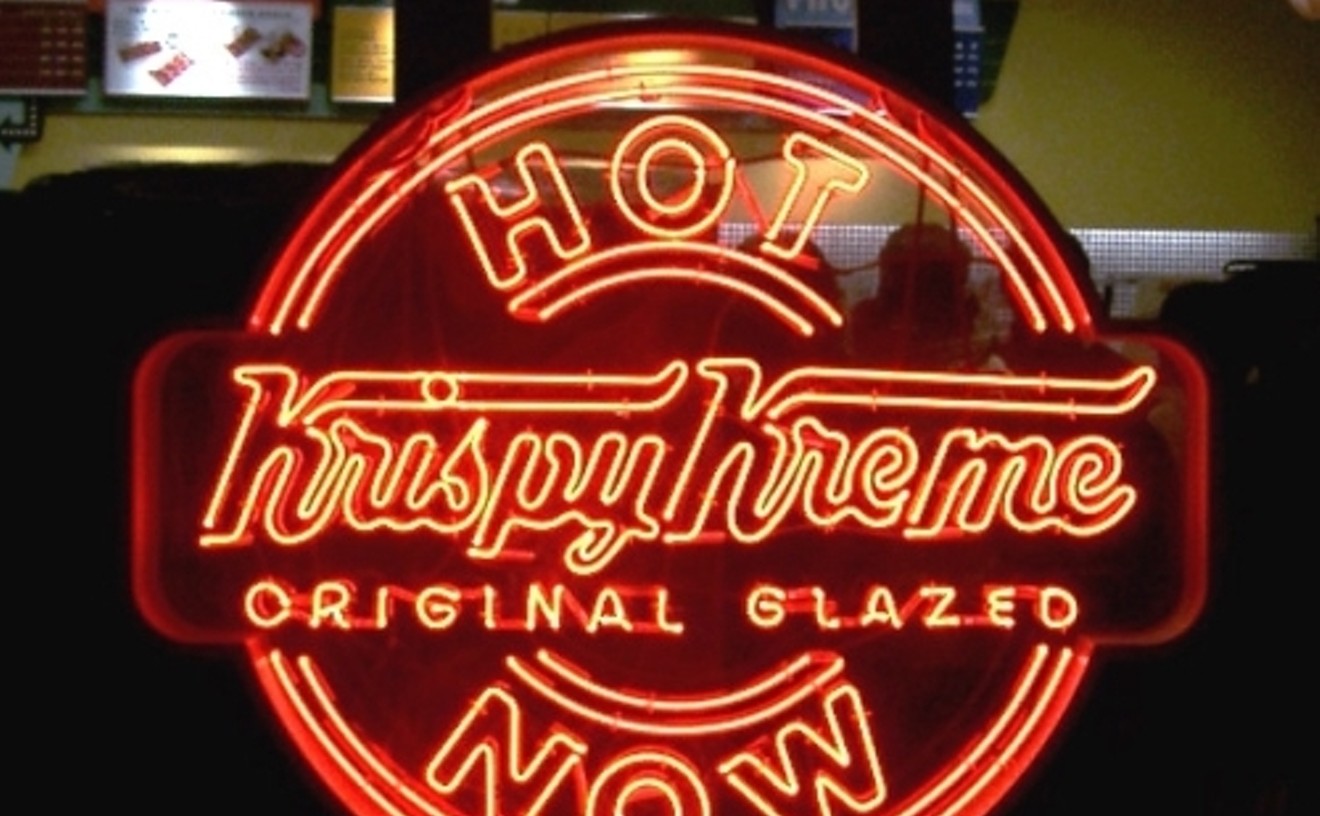 By now, we shouldn't have to tell you about those delicate Krispy Kreme donuts that melt in your mouth. Like the rest of us, you've probably stuffed three, or a dozen, glazed pieces of heaven into your drooling chops on your way home from the gym. We don't have to tell you the ol' KK has the best donuts, because you're surely already addicted and because there's simply no competition out there. A dozen local bakers we called say they don't sell donuts, knowing they can't compete with Krispy Kreme, our perennial Best Donuts winner. And let's face it, good coffee aside, Dunkin' Donuts just hasn't figured out that serving those fried rings of dough warm makes them that much better. So in honor of the king, let's go grab a few while they're hot.

The new chocolate shop on Wilton Drive will raise your blood sugar to lethal levels. If you're a diabetic, stay clear. If not, take the name of the establishment seriously -- you'll find yourself being engulfed by the cozy, foresty environment. The warm darkness makes you feel like you're under a canopy of trees, and the big-cat faux-fur furniture is atmospheric rather than tacky. The ambience is perfect for ingesting cacao and sugar. The caf has managed to put together a creative mix of cakes, candies, and drinks, along with some original treats: cheese cake hand-dipped in Swiss chocolate; chocolate spoons, also hand-dipped, that retail for 75 cents; and the aptly named Chocolate Beast Cake. The Chocolate Forest is also one of the few places outside of Las Olas where you can enjoy sidewalk tables in balmy weather. So what if it's a little humid. You can't get cappuccino truffles in the rain forest.

Chesapeake always smells like bagels. That's how you know you're in the neighborhood of the real thing. Owners Carolyn and Darlene keep a vat of bagels boiling (gives it that shiny crust) and the oven ready for baking all day long. The kneading machine looks like a water chute. Starting at 6 a.m. on weekdays when the doors open, the customers pour in here. Open seven days a week, Chesapeake is there for your fresh-bagel jones. Saturday and Sunday, Chesapeake opens at 6:30 a.m. And it's only 65 cents for a single. The best deal, though, is the day-old. When toasted, the outside becomes crunchy, the inside light and chewy. All this at six-for-$1. 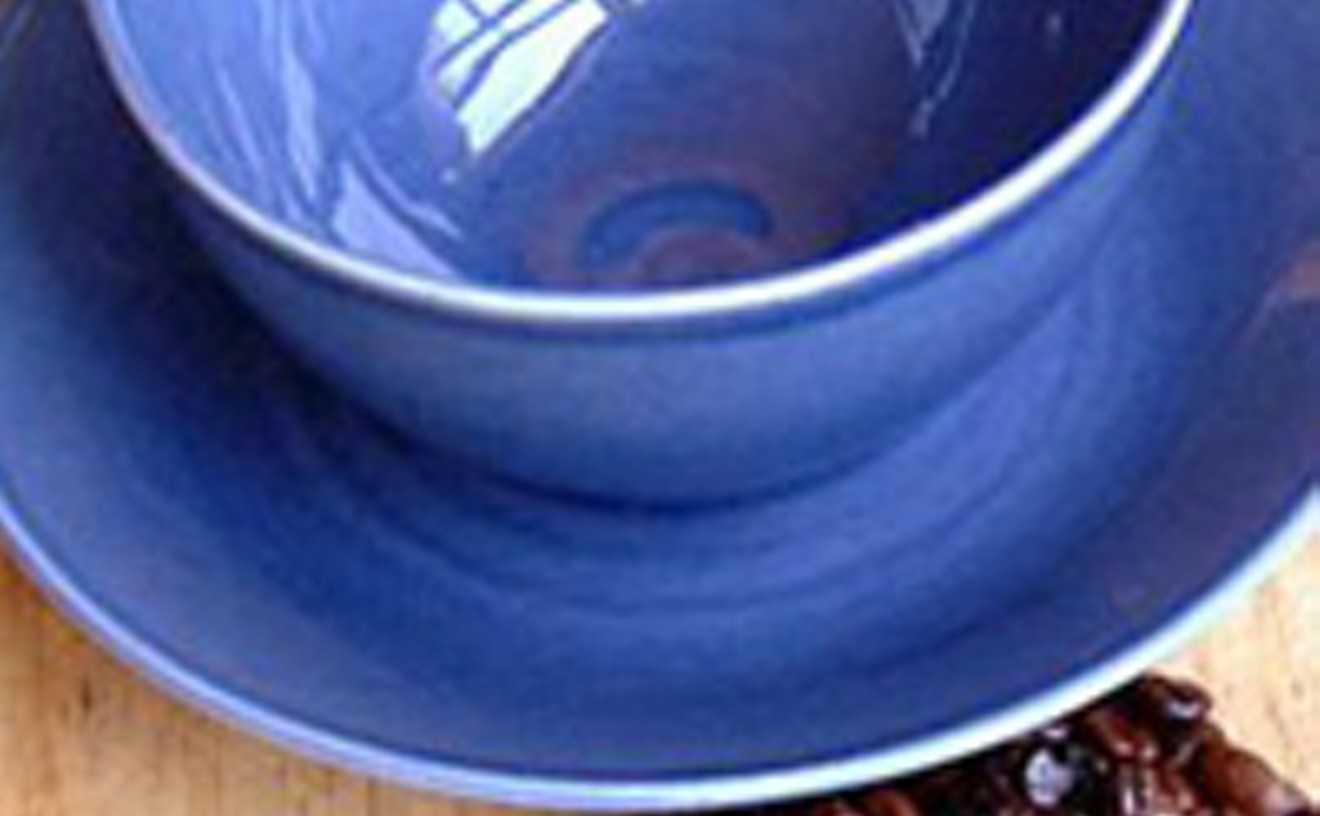 The stars of this upscale French bakery glimmer in the capacious glass pastry cases: fruit and lemon tartelettes, pear and apple amandine, napoleons, croquembouche, baba au rhum, clairs, and fruit pies. Once you've fulfilled the difficult task of selecting one of these delicacies, sit down and enjoy an ambience unusual for a bakery. The store's interior design includes elements of a street in a small French village. As a water fountain gently trickles at one end of the high-ceilinged boulangerie, it's easy to imagine you're eating in the land of the Gauls.

In a world of supermarket-sized health food stores, complete with mergers and corporate takeovers, we love this little individually owned gem tucked away in a tiny shopping plaza in Lauderdale-by-the-Sea. Nature Boy has a small but specially selected stock, a full menu, a handful of aromatic daily specials, and a long counter staffed by a friendly proprietor. The place screams, "Welcome." The shelves feature vitamins, a focused array of packaged and canned goods, and a refrigerator full of healthful drinks. The Far Out Salad takes us back to the '70s, as does the prominently featured brown rice and the alfalfa sprouts you can add to any of the dishes. A dozen types of smoothies, miso or seasonal soups, salads, sandwiches, nori rolls, and a couple of varieties of tofu round out the menu. The store closes at 5 p.m., which guarantees friendly service -- who wants to buy food guaranteed free of artificial growth hormones from a cranky, overworked proprietor? This woman knows how to take care of herself so she can come back the next day and provide you with some tasty nutrition.

Oh, sure. You can go to one of those other farmers' markets and buy your fresh produce. But when you're done here, can you go to the circus, grab some fast food, and then pick up a knockoff designer dress and some cartridges for the ol' Atari 2600 before returning home? We didn't think so. Of course, the Swap Shop's farmers' market has all the usual apples and oranges, but you can also locate a lot of those hard-to-find fruits and vegetables in the market's stalls. You'll find papayas, mangoes, ginger, cactus, a multicolored rainbow of peppers, malanga, chochos, and even those cute little baby bananas. (OK, OK, they're called platanitos, but baby bananas just sounds so precious.)