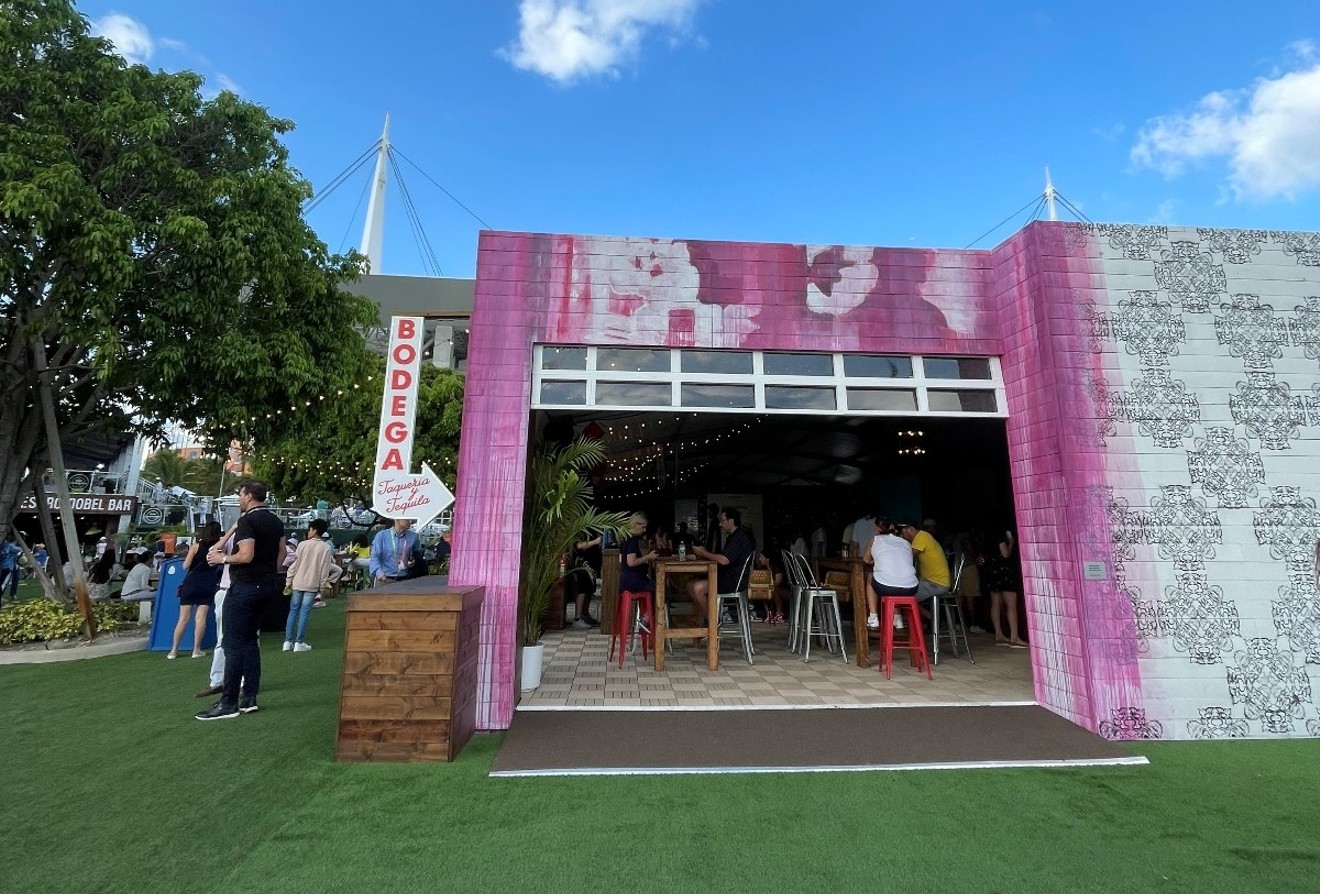 Bodega Taqueria's pop-up at the Miami Open Photo courtesy of Bodega Taqueria y Tequila
As the Miami Open heads into its final matches at Hard Rock Stadium this weekend, it’s time to get served. This year, a number of beloved Miami brands are sporting pop-ups at the tournament. Check out the five most Miami creations you should be consuming — in addition to tennis, of course — while you’re there.

With a generous dollop of Maestro Dobel diamante tequila and a plethora of citrus flavorings — fresh lime juice, fresh grapefruit juice, and grapefruit soda — this official drink of the Miami Open is so very South Florida. Served in a specially made diamante cocktail glass and garnished with a rim of black salt and a pink grapefruit wedge, it completely matches the Magic City’s art deco vibes. Find it at the Dobel Tequila Bar in the Court 29 Food Hall as well as around the campus.

Nothing says “game, set, match” like a dual patty from Cheeseburger Baby. No need to choose sides on this one. In fact, no need to choose anything else — unless of course, you stay so long that your appetite gets a second wind. Find this classic, built with ground beef, locally baked bread, and fresh, hand-sliced toppings, on the grounds near Court 1. 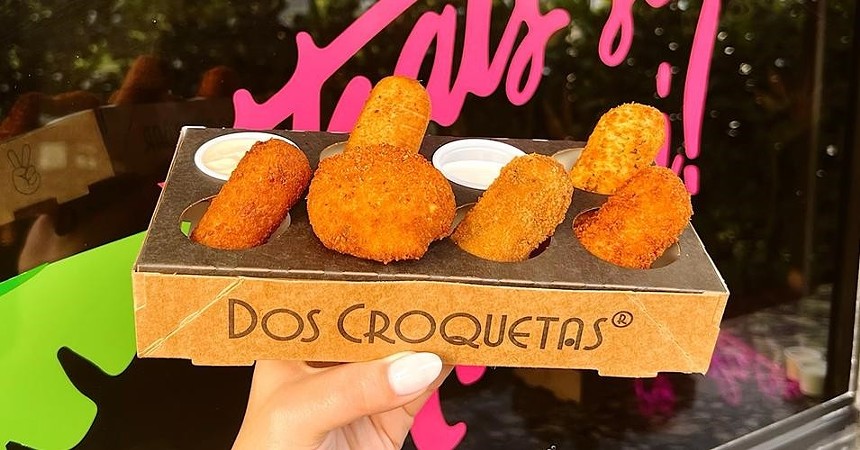 When it’s a tiebreaker between mac-and-cheese and croquetas, head to Dos Croquetas for a mashup of both. Founded in 2016, Dos Croquetas offers a number of other options, along with dipping sauces, in case you crave variety. Order up a four-count tray as an appetizer, then head back for some Cuban coffee between matches at the Court 29 Food Hall.

Like some matches, these might sound like an unlikely combination. But in this case, there’s no winner or loser. Heat your mouth up with the first, then cool it down with the second. Find both at Menin Hospitality’s popular Bodega Taqueria y Tequila, a stand-alone structure located across from Sunset Terrace.

Whether you have seats in sun or shade, it gets hot at the Miami Open. So you might want to snack on some lighter, cooling fare. That includes hand-rolled fish. Find it at three Miami-founded institutions: Sushi Maki in the Pommery Champagne Garden; SuViche in Court 29 Food Hall; and Omakai Sushi in the Kim Crawford Wine Lounge. They all have the advantage of being close to libations (SuViche is across from the Maestro Dobel bar). But Omakai actually serves as a net, dividing the Kim Crawford Wine Lounge — where you can also score a frosé — and the Michelob Ultra Athletic Club, where you can down a 90-calorie Michelob Ultra Organic Seltzer. Talk about match point.

The Miami Open. Through April 3, at Hard Rock Stadium, 347 Don Shula Dr., Miami Gardens; 305-943-6737; miamiopen.com. Single-session tickets start at $30.
KEEP NEW TIMES BROWARD-PALM BEACH FREE... Since we started New Times Broward-Palm Beach, it has been defined as the free, independent voice of South Florida, and we'd like to keep it that way. With local media under siege, it's more important than ever for us to rally support behind funding our local journalism. You can help by participating in our "I Support" program, allowing us to keep offering readers access to our incisive coverage of local news, food and culture with no paywalls.
Make a one-time donation today for as little as $1.